That’s Not Wrestling #14: Running Before They Can Walk This week’s look at AEW/Tony Khan’s attempt at toppling Vince McMahon’s sports entertainment empire comes at a time where things seem to be moving a bit fast. Things have been changing so rapidly lately that nothing is set in stone or has any consistency – not to mention that nobody is 100% sure on what we’re about to get more of with the introduction of a fourth weekly AEW show. I’ve said many times that AEW doesn’t know exactly what it’s doing, and with all these toys on the table at once being improperly used, it’s almost like there’s evidence of someone in charge having an issue with focusing.

AEW Dynamite is Tony Khan’s very own modern-day Monday Nitro, his equivalent of Monday Night Raw. Dynamite is (currently) AEW’s flagship show that all the energy and money is being focused on. So far, we’ve been subjected to 22 months of Dynamite and Tony Khan’s Booker of The Year mentality. It’s been a rollercoaster of sloppy clusterfucks, amateur wrestling, and nostalgic rehashes and tribute acts. We weren’t given the “serious sport-based” wrestling we were promised from AEW, nor did AEW stay true to saying “we’re looking for fresh.” Dynamite became a weekly slap in the face that drove this fact home every week. I’m not sure what the priority will be once Friday Night Rampage gets going, but we’ll have to wait and see. Chances are, the new show gets all the attention, and Dynamite gets left to lag behind.

AEW Dark is a great idea – well, it is in principle. NXT was fantastic when it was only an hour-long and before The Vultures of Television picked it to pieces. WWE has also shown that smaller setups such as OVW and FCW worked well to supply, maintain, and re-train talent. It makes sense that AEW would also want somewhere people could learn, improve, and grow, somewhere that wasn’t live on national television… although they’d still do that too. Dark matches away from a live television setting are a good means of getting people some experience and then elevating them on the roster and in the eyes of the fans. I’m not going to take a massive dump over the entire concept, but the delivery of it, yeah, step back, this might get messy. Many people look like they’re doing a lot of things for the first time on Dark, which is kind of the point, I guess, but even old footage from OVW didn’t showcase as many people looking as lost as Dark often does.

The same goes for Dark Elevation too. The show’s objective is presumably to elevate talent, as the name suggests, but AEW Dark does all that already. Just pick one and stick with it, please. Unless, nah… they’d never build this whole show around their commentary teams needing more space/reps, would they? How I see it is that “not quite ready for TV” is somewhat endearing, but “not even not quite ready for TV” isn’t. Making a whole show around dark matches was one thing; making two was another…both of them being almost two hours each is absolute overkill. I’ve tried to watch both Dark and Dark Elevation in my weekly routine of wrestling, but never again. If there were no other promotions on the go, maybe I’d be that hungry for AEW, but I’ll just be thankful that Tony knows when enough is enough and is happy with three weekly shows.

That brings us to Tony’s newest toy, AEW Rampage, AKA, AEW Thunder. To put my concerns of hastiness into perspective a little, Monday Night Raw first aired in January 1993, and Smackdown debuted in April 1999. This means that WWE waited over six years before they decided Raw was bursting at the seams and additional TV time was needed…well, that and a combination of needing something to combat WCW’s second show, Thunder. They’ve certainly got the quantity to fill another two-hour show, but do they have the quality? Dynamite has only been on the air since October 2019. That’s not even two years, and already AEW thinks it’s in a position to launch a second weekly show… well, fourth weekly show, second weekly televised show. I reckon two hours of AEW for four days out of seven is going to get really old, really fast. Maybe I’m just speaking for myself, but I firmly believe that in time, even the die-hard AEW fans will find this excessive.

If the average AEW nut is wanting a fix of laughing/cringing at someone jumping off of something or generally doing something daft for a quick yuk or a cheap pop, they don’t have to gather around at a certain time to find some anymore. Chances are, AEW’s going to be on somewhere, and users will be able to get their quick hit for 30 minutes or so and move on. There’ll be some more on tap again real soon, assuming on-demand/YouTube/social media doesn’t get there first. In my opinion, AEW Rampage is overkill.

WWE is known for overdoing something to death, repeatedly, for long periods of time; with the time Kenny Omega is given to stumble through his promos, AEW likely assumes they’d never fall into that trap.

Adding to this, I’ve not even begun to mention how the AEW video games may possibly damage AEW’s TV ratings and that this effect will stack with having too many weekly shows, but I’ll leave that for another issue! 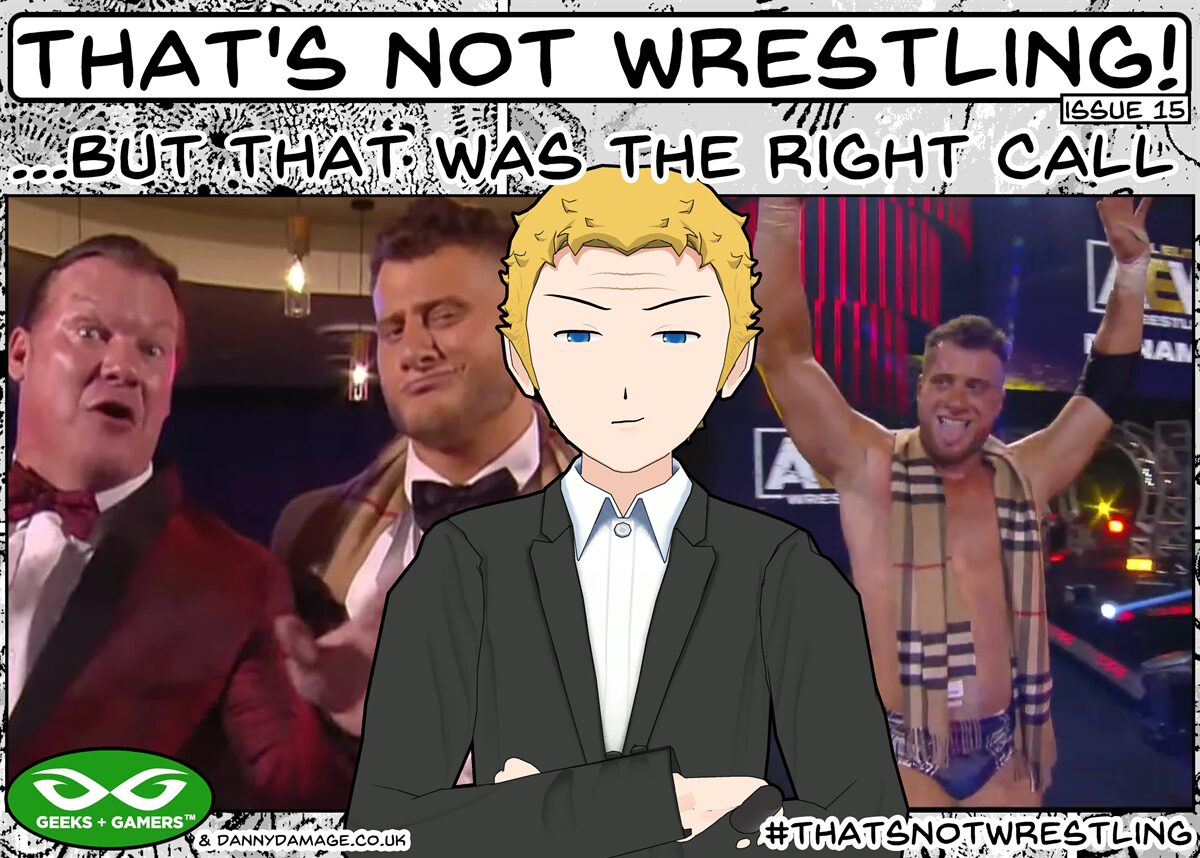 I think more people would be interested in reading a recap rather than a weekly ‘hot take’ with this stuff. There’s really nothing worth talking about with any of these wrestling businesses these days. They all suck and it’s a low quality product. I imagine you’d have people that still casually watch it and would read a recap every once in a while when they didn’t bother watching that week.

I get what you’re saying, but as well as people watching shows unfold via other people’s reactions on Twitter, there are 9999 written recaps out there already. They are quickly forgotten about the day after when interest fizzles so fast. At least with these, they can be conversation points in the future and not be totally redundant once the next weekly show rolls around. Thanks for (possibly not) reading! :D

Lol, I’ve read a few. I only briefly had hope that AEW would be the saving grace of wrestling. That was immediately out the door the moment I realized they were using a big black dude to ‘wrestle’ the women and play all the same modern ‘woke fan’ cards.

Most of the old fans are gone, the fans that are left and write up crap over at places like cageside seats and such, are not people I generally like. Soft, Bernie-Bro types. Men that would rather watch ugly women fake fight than hot ones in bikinis. Boggles my mind.

WWE has been guilty of presenting 3/4 nude cat-fights as “women’s wrestling” in the past, they’re not the only ones, but some balance is needed. Not saying everyone needs to wear cardboard boxes with arm and leg holes cut out, but it’s pretty easy to spot those that just wanna be on TV with their arse and chest on display, wrestling is just their means of getting there.

And I agree with the Rose issue. Go back and watch those first two matches with the tiny women crying and crawling away from a menacing Rose, the fans say it all without meaning to. They knew something was wrong, but they tried to grin through with the “OMG, so brave and special” bullshit. It felt like watching a horror flick about young lasses trying to escape the basement of a deranged nutcase while they’re just being toyed with and IMO, the crowd subconsciously got that too.