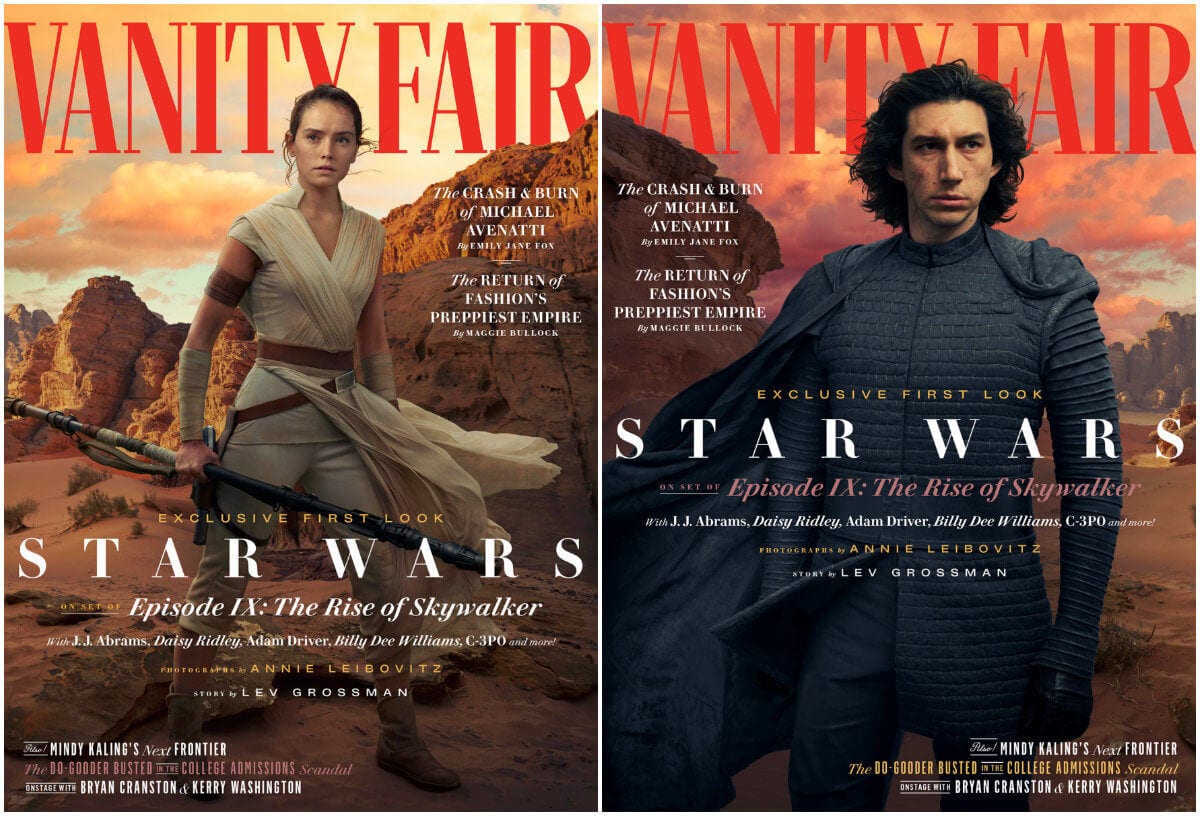 The Force is strong with the Fandom this week. In the lead-up to the 42nd anniversary of the first film in the series, the perennial Vanity Fair Star Wars piece has been released in anticipation of the upcoming conclusion of the Skywalker saga, Star Wars: The Rise of Skywalker. These articles are always special to me; I remember being eight years old and pouring over the Vanity Fair article for The Phantom Menace. I can still picture the cast photo under a tent, and a larger photo beside it of Jake Lloyd’s Anakin Skywalker and a silhouette of Darth Vader casting a large shadow next to him. To now get to read the final Skywalker iteration of this regular piece is incredibly exciting and completely raises my anticipation for the end of this iconic epic.

In an interview conducted by Lev Grossman (a creator in his own right as the author the novels in the Magicians trilogy, the TV adaptation of which is going into its fifth season on SyFy), the cast and crew talk about what it is like to a part of this climactic film. Aside from why they were shooting on a green screen in the desert (which only speaks to Abrams’ attention to detail), we also get to read a lot about legacy in the Vanity Fair Star Wars article, something that’s been at the forefront of a lot of genre fare recently, whether it’s the DC properties or the divisive final season of Game of Thrones. While the word “divisive” has often been associated with this film’s predecessor, I have a feeling, based on the interview and these photos (from Luke Skywalker to the Knights of Ren) by the legendary Annie Leibovitz, that Abrams will steer the ship into port and honor the mythology and legacy created by George Lucas. My only question now is, how long will it be until the next trailer? Much like the Phantom Menace article, this piece only makes me want to see more footage.

Does this Vanity Fair Star Wars article make you excited for this long-awaited conclusion? Let us know in the comments!