I discuss Max Caster’s suspension, Tony Khan, and more! Welcome, and thanks for joining me at Geeks + Gamers!

John Cena and Roman Reigns look ahead to their clash at SummerSlam this Saturday, and they had some back and forth on Smackdown last Friday. Nikki Bella was mentioned, as was Dean Ambrose; Cena even eluded to CM Punk by blowing a kiss to the camera. Not all went as planned, however, and Cena’s return has highlighted some cracks in Roman’s armor. 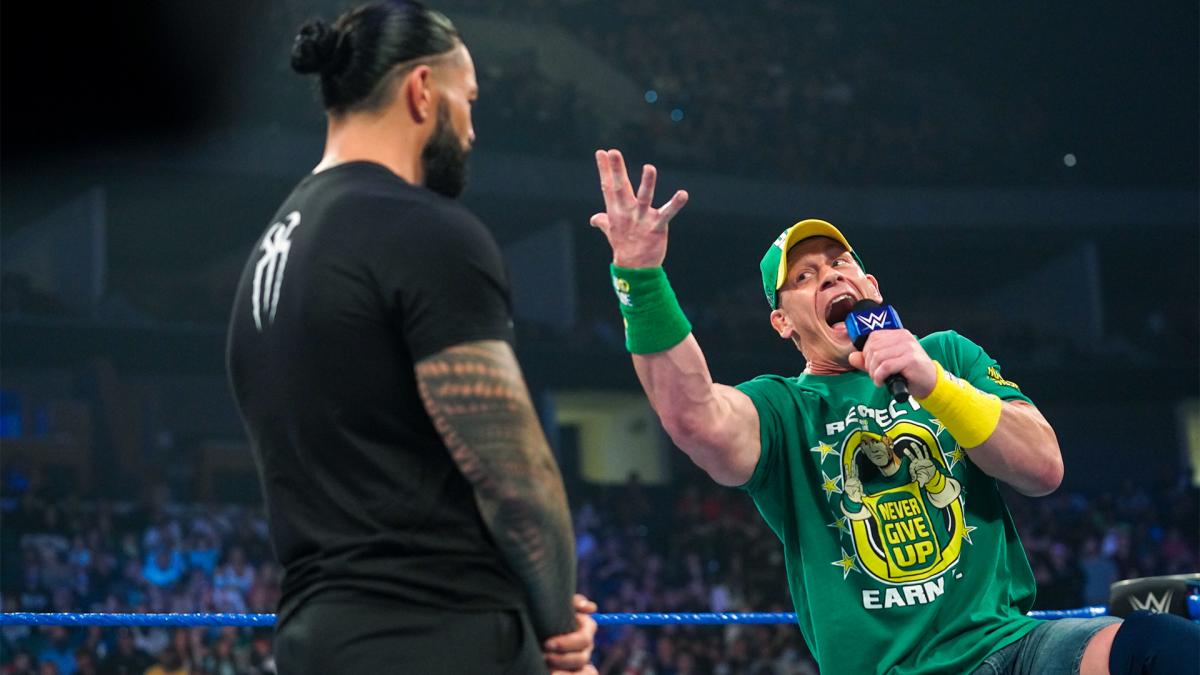 He’s not quite in the danger zone yet, but the more Roman Reigns talks and tries to be like The Rock, the closer he gets to returning to “suffering succotash” territory. In my opinion, Cena ran absolute circles around Reigns on Smackdown, with Roman just waffling towards the end. I’m interested in where this one is going, mainly due to the potential of Cena breaking the title-reign record now that nobody has to look Ric Flair in the eye when/after it happens. I’m still not sure how I feel about the whole Taiwan matter, either. Regardless, I’m sure they’re going to put on an entertaining show.

Apparently, Triple H is getting the blame from people backstage for “NXT losing the Wednesday Night War against AEW,” according to Dave Meltzer. Sorry, I should have started that line with “Dave Meltzer said,” then you’d have known how many handfuls of salt to take with the gossip. It’s alleged that Triple H didn’t know about the latest batch of releases from the company, which, to be fair, I can believe. 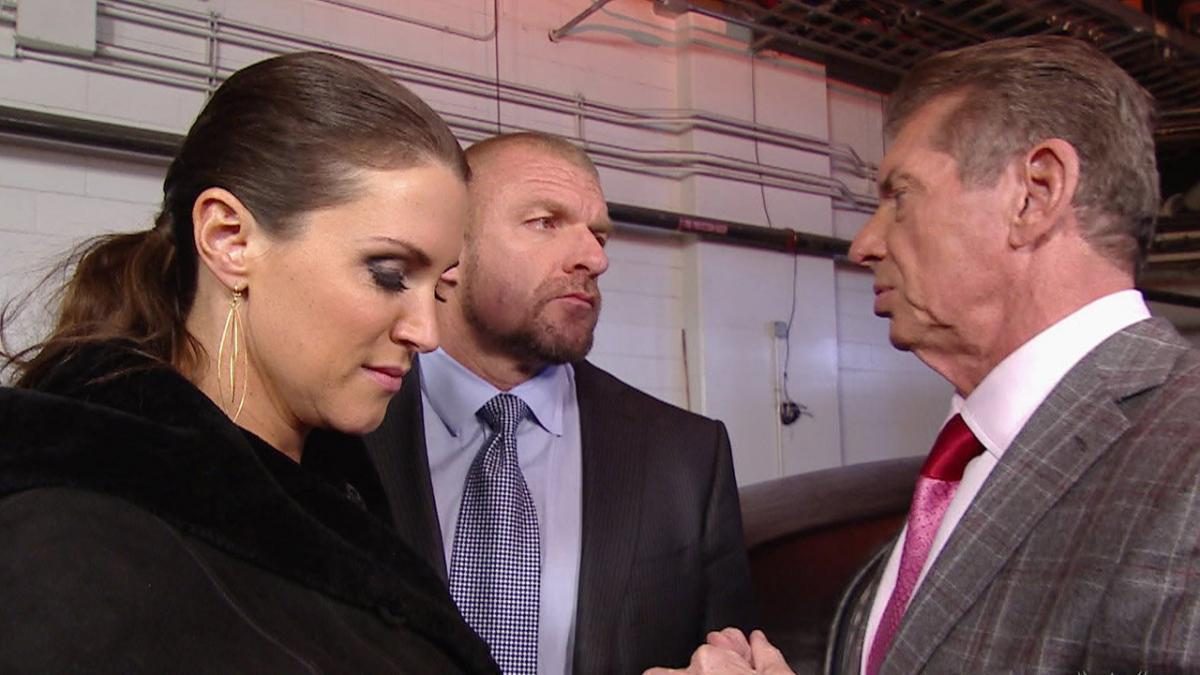 First up, NXT is WWE’s third-biggest show; it exchanged “victories” with AEW before WWE moved it to a Tuesday night. I don’t think anyone “won” anything. I suppose the move to a Tuesday was enough for AEW to declare themselves the winner, despite both shows struggling to maintain a million viewers. Secondly, I would never deny that there has been, is, and probably always will be tension within the McMahon family, but something doesn’t add up here, and it’s not the McMahons that smell funky.

What I am suspicious of is AEW’s spinster throwing this out there when there have been rumblings for a while now – whispers that things aren’t the inclusive, utopian wonderland it was expected to be for the AEW EVPs. Watch this space, but I wouldn’t be surprised if this is pure projection from Uncle Dave.

“Platinum” Max Caster was one of the better things on AEW; some weeks, he was the only thing I’d enjoy on AEW Dark/Dark Elevation when I bothered to endure full episodes. The young wrestling rapper has found himself in hot water for going over the line with his most recent pre-match smack talk session. Initially, Caster’s controversial rap was cut from the episode and reuploaded to YouTube; professional manchild Tony Khan even chimed in to Peacock and overreacted. And by this, I mean that Caster was suspended for two months and sent to “sensitivity training” for his efforts.

Caster has since said very little on social media (which is strange for him) and more recently announced he’s auctioning off some of his AEW ring that he no longer has a use for. Hopefully, it’s just a word, or he’s already found something that suits him better. He’s a talented chap, and I wish him the best. Anyway, that’s the news portion over with; here’s me putting it bluntly on the situation… 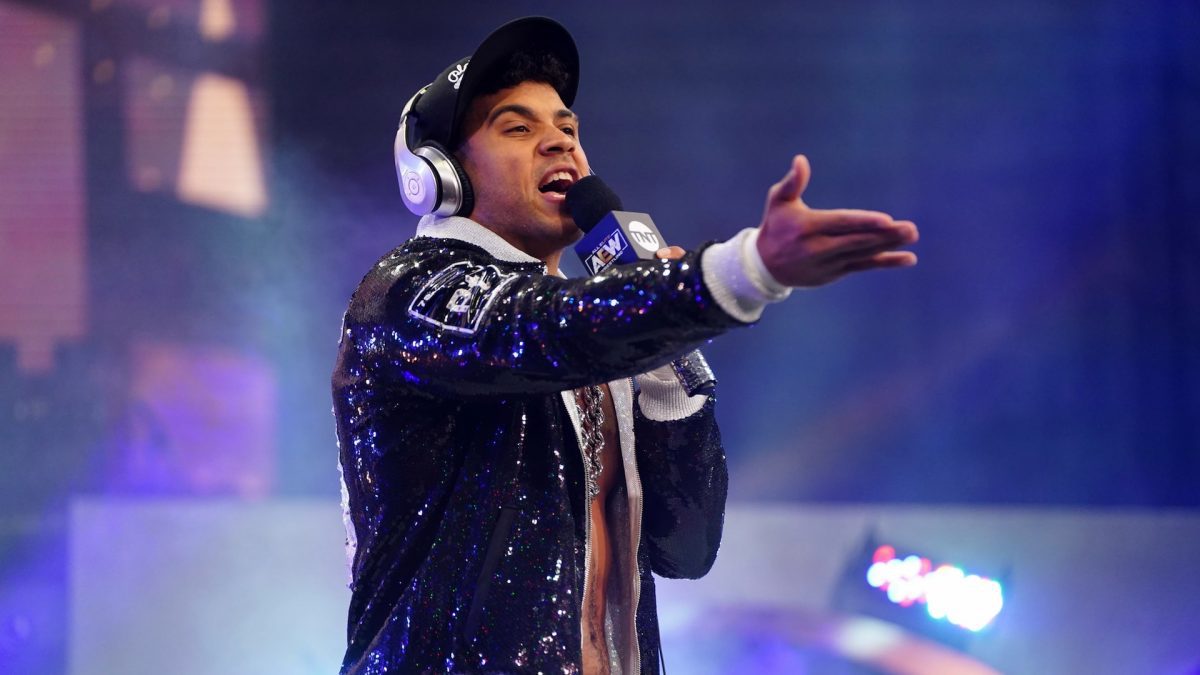 I get that the joke wasn’t his best and not to everyone’s taste, but he’s forcing words and references together to fit a freestyle about his opponent for a matter of seconds. He’s also trying to get the crowd to go “oooooohhhh” and suck air through their teeth WITHOUT him needing to backflip off of something and landing on his head. How in the blue hell are people supposed to get over AS FUCKING HEELS if they’re not going to push the envelope and get heat from the crowd? Caster has so far been employed to get heat and get beat on television… well, on YouTube.

That’s the other thing: the show was fucking taped!!! If it was aired live, then it’s all on Caster to behave/control himself and use the trust he’s been given wisely, but that’s not the case here. Someone in the back watched it, agreed that it was fine for airing, and then got out of dodge when the Kabuki Theatre of Fake Outrage showed up on social media. 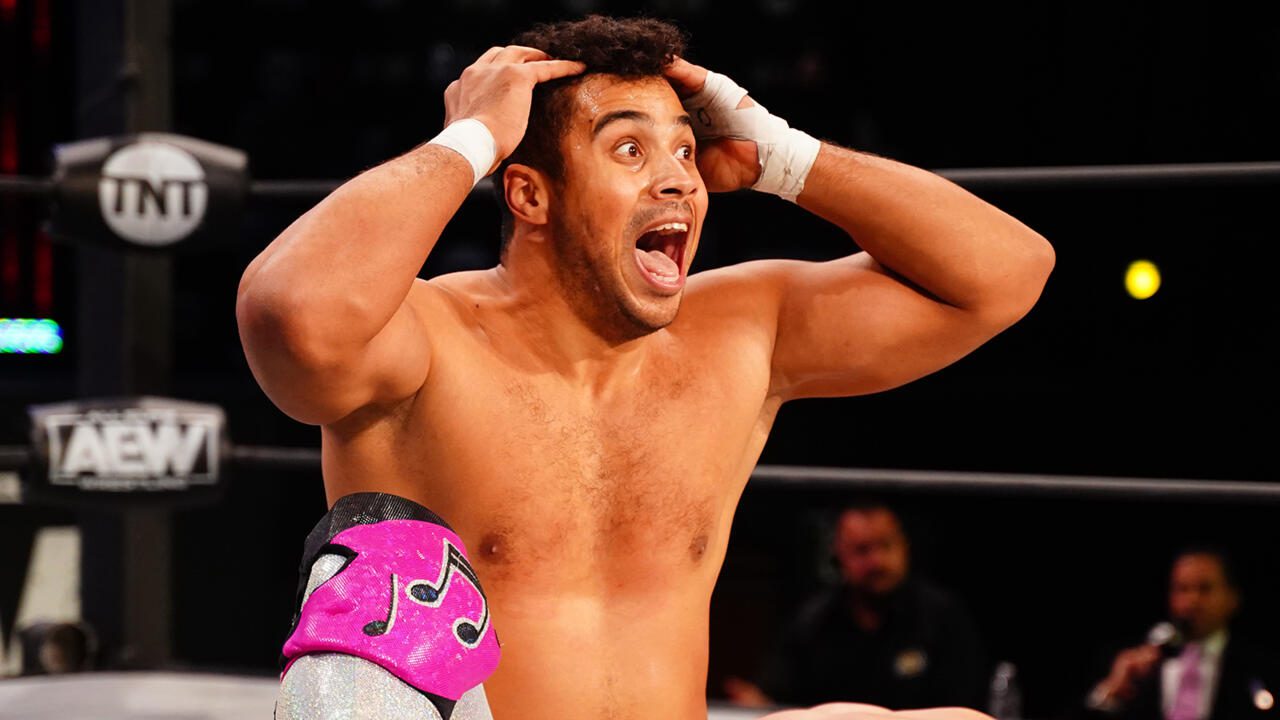 I’m getting flashbacks to the NWA booting Jim Cornette over a joke that was laughed at, left in the show; then, they chucked Jim under the bus because two blue-haired land-whales had meltdowns and complained. Did we already forget what came out in the wash there regarding the NWA’s former VP and sidekick? I suspect something similar is afoot here, and, well, fuck Tony Khan for dropping this on his talent in this manner. If the only feedback coming out of this was, “OMG, it’s the new attitude era, fuck yeah,” Tony’s tune would be very different.

Optics are very important to Tony and AEW – you know, that whole “worrying what everyone else thinks of you” song and dance. I reckon Tony feels like a bit of a pillock still because of the Domino’s dilemma… or maybe it’s his history of employing felons, or perhaps it’s the fact that more unsavory allegations about some of his workforce are making the rounds again. Whichever it is, he’s continuing to prove (to me at least) that he’s off his head with power and a lack of boundaries, and he’s making it up as he goes along.

According to Tony The Twerp, he would personally pre-approve Caster’s freestyle before he went out into the arena. Tony was too busy to do so this time, and that’s why everything fell apart. *blank face*

“Last night on Dark, Max Caster’s rap was terrible. I was not out there in the moment when he did it, it was not during Dynamite. I was out back when Max had said this rap. I had not heard it until last night, truthfully. In the editing process, that should have been caught. We deleted the episode and reposted it with that edited out but it shouldn’t have aired. I put such tight controls on Dynamite and this never would’ve happened there because Max’s raps, I’ve always gone over them with him. And frankly, every segment on Dynamite, I don’t script or write wrestler’s promos but the bullet points I give. So in this case, it’s shouldn’t have happened. And what will happen forward is I will be taking over the editing of Dark and Elevation myself. I was already editing Dynamite and Rampage and I do a lot.” Tony Khan on Busted Open Radio

Tony thinks he’s so crucial to the television side of the business that everything comes crumbling down if he’s not there to keep troubles at bay and save the day. I understand that he’s a large cog in the machine, obviously, but you could replace him with anyone else whose daddy has swimming pools full of money, and that part of the equation would remain the same. Tony is being used for his money, and I’m pretty sure that, deep down somewhere, he knows that. More than likely, he’s just pushed all that down for the time being while he’s distracted himself by cosplaying as the child of Vince McMahon and Herb Abrams.

Get over yourself, you spaced-out, dumb-looking, spoiled little moron. I mentioned a bit ago about the “boss’s son” mentality that I’d dealt with and witnessed in the past. At least a lot of those bellends had done some physical labor and endured a bit of character building in their time. Tiny Tony still acts like he’s fresh off the breast milk and is just fast-tracking a clone of the WWE’s model… but with him calling the shots. Everyone around Tony is obviously keeping their interests safe by telling him what a great job he’s doing, some even billing him as Booker of the Year!

Just about everything Tony said AEW wouldn’t do has happened, including his claims of never appearing on TV! I know, I know, I can hear all those crying, “But that was on YouTube; that doesn’t count!” and similar sentiments. Part of me accepted this for a couple of minutes just to give it time, and look what happened on the first episode of AEW Rampage. Tony couldn’t help himself. Not only did he televise Luchabama Man being given a participation contract for losing his match, but he had to come out and get on TV too.

Accident & Emergency Wrestling further proves that “it’s not what you know, it’s who you know!”