It’s been a busy week and weekend in the world of wrestling. An American hero faces an international crisis. AEW announces AEW Rampage, a fourth weekly program airing in the near future. And AEW had shows on both Friday and Sunday night this week. I once again wonder how wise it really is to stay up until 5 AM.

The annual spring cleaning is still occurring, and this year’s no different when it comes to upsetting folk and blaming them for stuff on their way out the door. Tom Phillips is gone, but not forgotten, from WWE. He’s done nothing but grafted hard and produced great results over his nine-year employment there. He’s put up with a lot of messing around too. 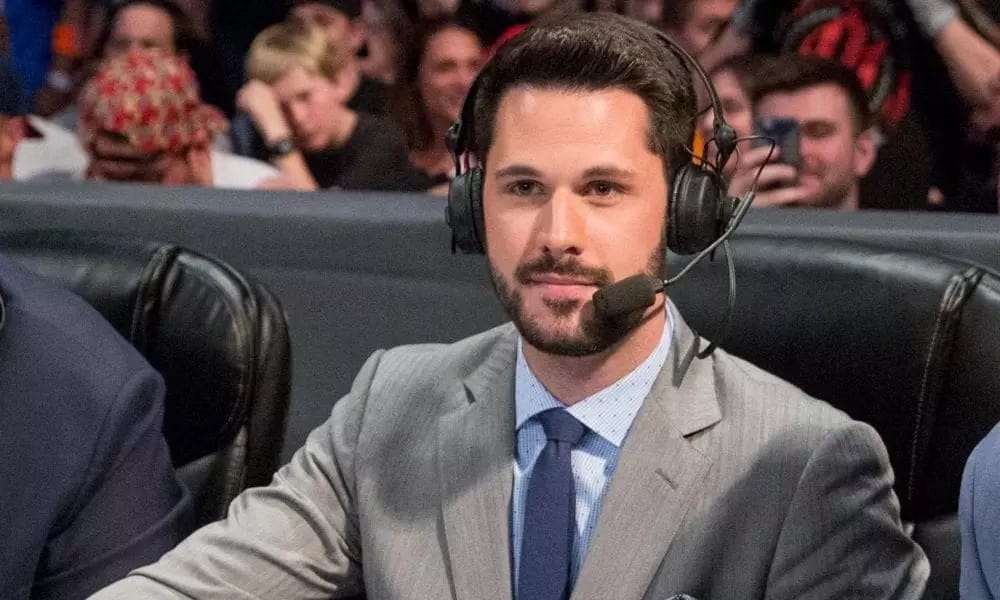 From having to do the splits during backstage interviews (so he wouldn’t make the talent look small) to jumping around the different brands’ announce desks, Tom Phillips has ducked and danced around everything WWE hurled at him. I liked Tom at the desk. It was apparent that he’d been given the Michael Cole operating system, but he retained quite a bit of his own personality. This was heavily noticeable whenever Phillips was working with Corey Graves and/or Byron Saxton.

One minute, Cody Rhodes claims he had a diverse focus group assess his “I’m about to have a half-black child, so I’m going to fight a half-black man because I want my dad’s old nickname” promo from the other week. The next, he dismisses and then downplays it instead as simply ideas passed around between a couple of yes-people. I’ve said before that he’s full of it, and he’s a social climber that’ll change his mind and his story whenever needed. 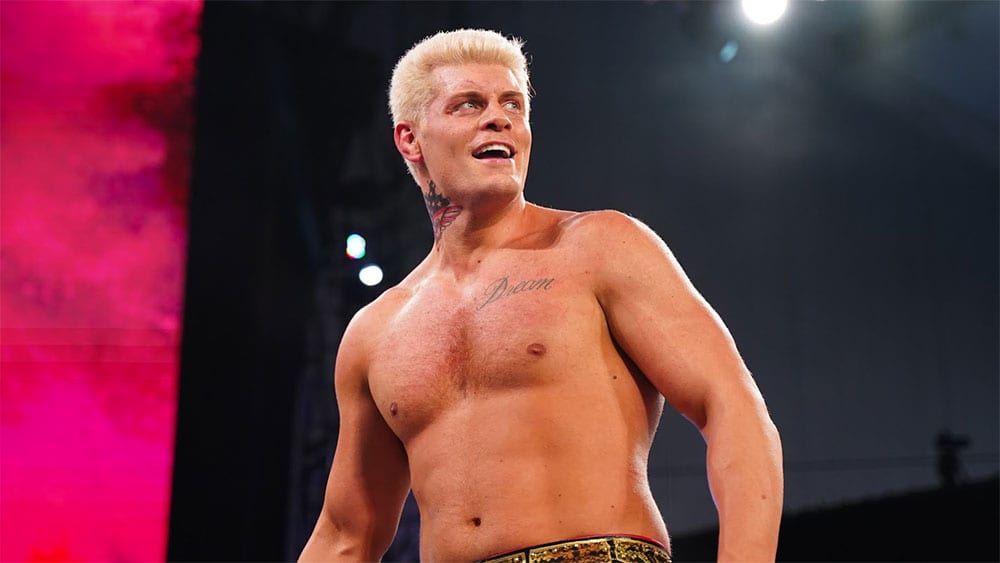 Shame on him for using his unborn child as anything other than the blessing of life that it should be. Some people aren’t lucky enough to have even that. There’s no need to use your child for clout in that way. Just flood social media with photos if you must; that’s what everyone else does that wants their kids to sue them when they grow up! Extra points have been deducted for going on about race and nationality, Cody. Nobody had an issue until you started a fire that you could put out yourself in front of a crowd. What a shame for Anthony Ogogo to miss out on a push to get lost in all this mess.

Joey Janella is still a tubby little turd that takes a job from someone who could do it a lot better. Despite him putting up way too much of a fight on Dynamite this week against Adam Page, Janella’s two untrained left feet ended up cutting Page’s head open. This caused Page to look like he’d endured a much tougher battle than needed going into a PPV match against the monstrous Brian Cage. 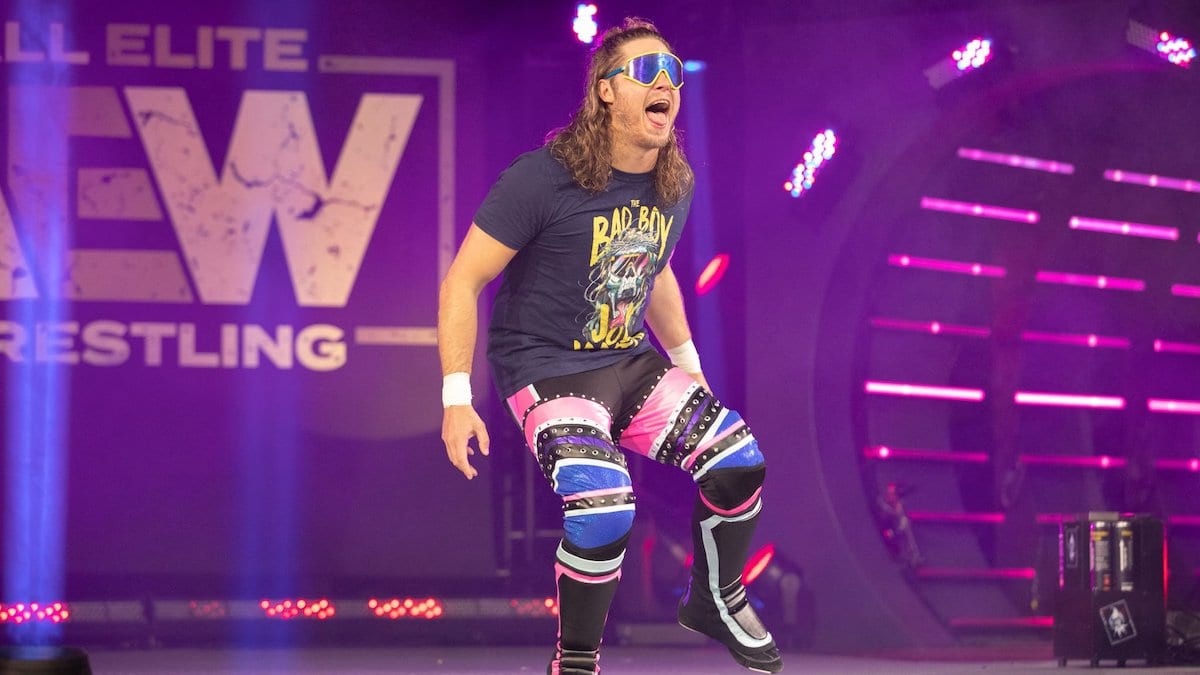 I know it was an accident, but lots of these accidents happen when untrained/barely trained wannabes are let loose. It wouldn’t be too difficult to get a couple of guys from a training school to get flattened by the actual talent on the roster each week – as opposed to letting below-average-looking plebs give your top guys a run for their money. This does nothing for anyone of use in the long term.

Moments after I praised him last week for his contributions to WWE and how he deserves to beat Ric Flair’s world title reign record, John Cena went and got himself into trouble with just about everyone in the world!

As nice a bloke as he appears, Cena had always been the company man and has, evidently, been on a leash. He’s still got one around his neck; it’s just held by someone else, and he goes by John Xina now. A per usual, patience is required to see how this one unfolds. More to come once Cena next returns home.

I’m a Veteran, Get Me Out of Here!

From one hostage-video-looking individual to another, Jim Ross has been getting grief from people “on his own team,” aka AEW. It’s not just the fans this time, either. Matt Hardy and Chris Jericho have both taken shots at old folk from the past that are out of touch, but last night on AEW Double or Nothing, JR would randomly throw Kenny Omega praise on the air and sound really forced when proclaiming “I’M HAVING A GOOD TIME!” and statements of that nature. 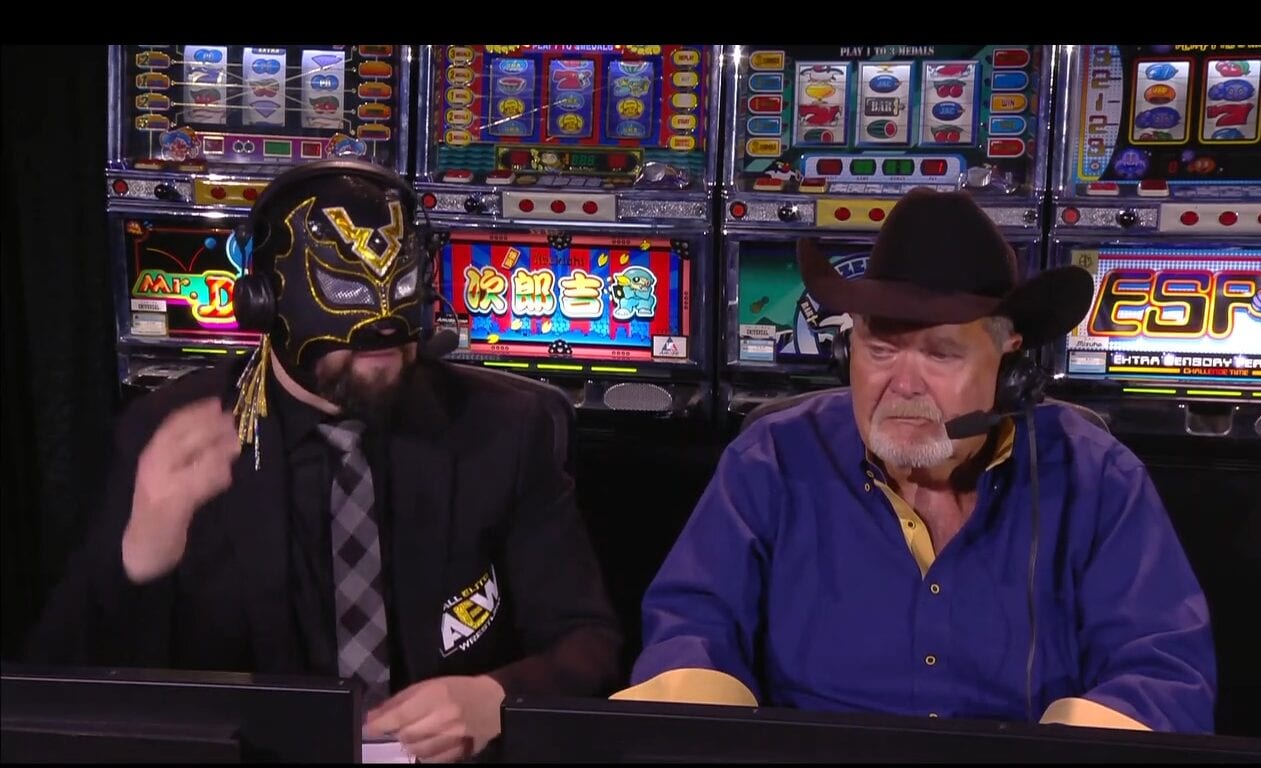 I mean, I know he’s sat next to Excalibur there, but surely he’s used to that noise by now. I’ve had a little rant about it in my Putting It Bluntly: AEW Double or Nothing Review, and a future That’s Not Wrestling will go even deeper into how the ungrateful little shits in Amatuer Everything Wrestling are behaving around/toward people they could learn a hell of a lot from! I just hope it’s not eating away at him as much as it looks and sounds.

Thanks for reading about Tom Phillips! Feel free to get in touch on Twitter, SUBSCRIBE to my YouTube channel, and/or check out everything else I do over on: