Home  /  Television  /  Beavis and Butt-Head are Back

Beavis and Butt-Head are Back 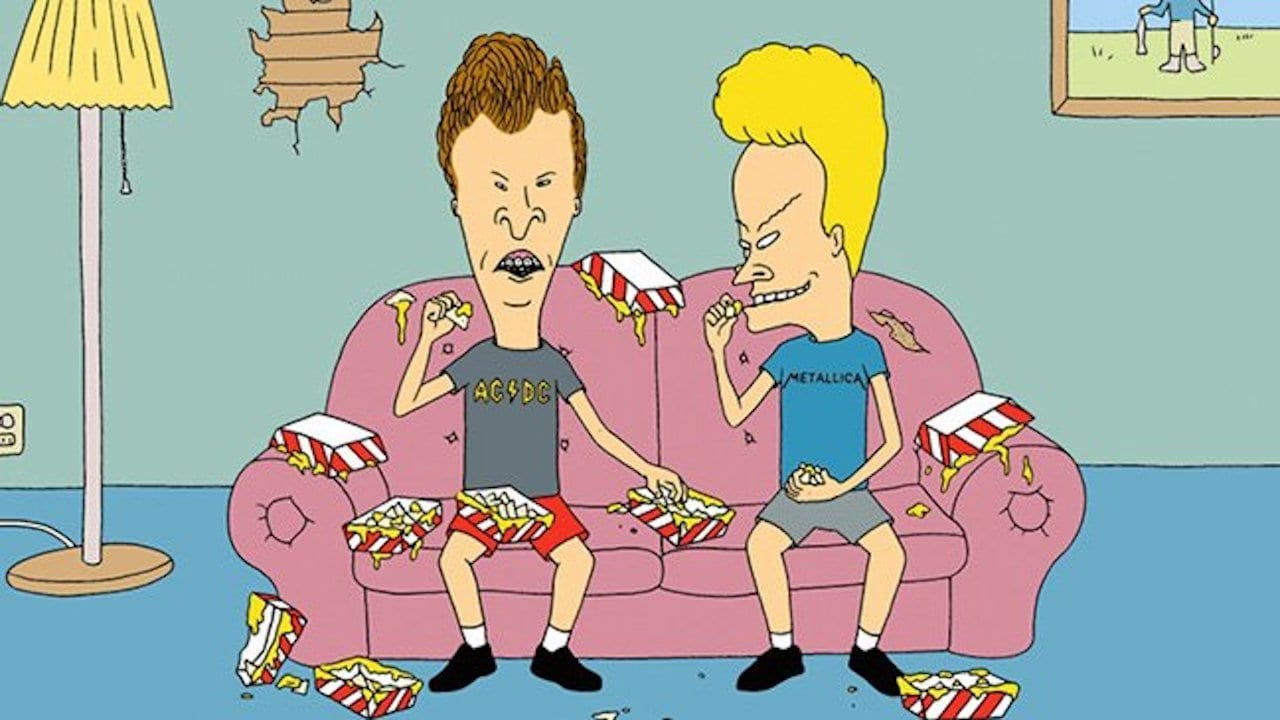 90s kids better stock up on TP. According to Deadline, a Beavis and Butt-Head revival is coming to Comedy Central. The new version of Mike Judge’s hit animated series has a two-season order, with spinoffs and specials on the table as well. The Beavis and Butt-Head revival will try to appeal both to the show’s older fans and the younger generation, with themes relatable to both. Beavis and Butt-Head originally aired on MTV and spawned a theatrical movie called Beavis and Butt-Head Do America, which was reasonably successful ($63.1 million domestic on a $12 million budget). MTV previously brought the series back in 2011, but the revival only lasted one season. Judge will again voice the less-than-dynamic duo; there’s no word on whether there will be lousy music video clips interspersed with the plot of each episode.

I was never much of a Beavis and Butt-Head fan. I didn’t hate it, and it occasionally made me laugh, but it’s just not my style. Beavis and Butt-Head Do America came out when I was in junior high school, and I saw it a few times in theaters (with different friends); it was okay, and my favorite part was the neighbor who constantly found his life turned upside down by the boys (he was also voiced by Mike Judge, and was sort of a proto-Hank Hill). Regardless of my indifference, though, Beavis and Butt-Head was a big deal in the 90s. Everyone knew it and had seen at least an episode or two. And the merchandise was everywhere; I remember going on my annual beach vacation on the Jersey Shore and seeing Beavis and Butt-Head t-shirts in one of the beachcomber stores. A revival makes sense, and it’s smart to try to appeal to older fans and younger potential audiences simultaneously; it won’t receive any enthusiasm without the former, nor will it last without the latter. And Comedy Central is the perfect place for it nowadays, particularly if they’re trying to package it with South Park. I’m not waiting on bated breath for this or anything, but I wish Mike Judge the best.

Are you excited to see Beavis and Butt-Head return? Did you watch the old show or the movie? How long will it be before a Cornholio film graces theaters? Let us know in the comments and stick around Geeks + Gamers for more TV news!

Can’t wait for the triggering! Been a fan since the ’90s and I liked the 2011 revival, it mostly worked.

I didn’t even know about the 2011 revival till I read about this one.

It was a very polished version of Beavis & Butt-Head. The only thing that didn’t work for me was the music segments. 21st. Century music is not something compatible with the early ’90s alternative scene.

Beavis & Butt-Head in 2020?
That’s gonna be so watered down it’s unwatchable. haha

Maybe it will be one of leaders the charge for non-PC entertainment like it did in the ’90s. I wont get my hopes up, though.

It’s tough to say nowadays; Comedy Central did a lot of censoring when South Park got too controversial for them. If it ends up being watered down and PC, I sincerely doubt it will last.

all i have to say in the wise words of cornholio: Are you threatening me!? You do not want to face the wrath of my bunghole! My bunghole it goes bungo chungo rungo raaaaapapapapapapa! And one for you! Rrrrpagh!

Hopefully Comedy Central doesn’t try to SJW Beavis and Butthead. Believe me they could find a way to.

I loved this show. I rewatched all of it last year, let’s just hope the SJW fucktards don’t ruin it.

Without question, this is going to suck.

PLEASE keep the SWJ bs out of this, I enjoyed the show in the 90’s