Build Your Own Ship and Land on Over 100 Planets, All in Glitchy and Stuttering Glory 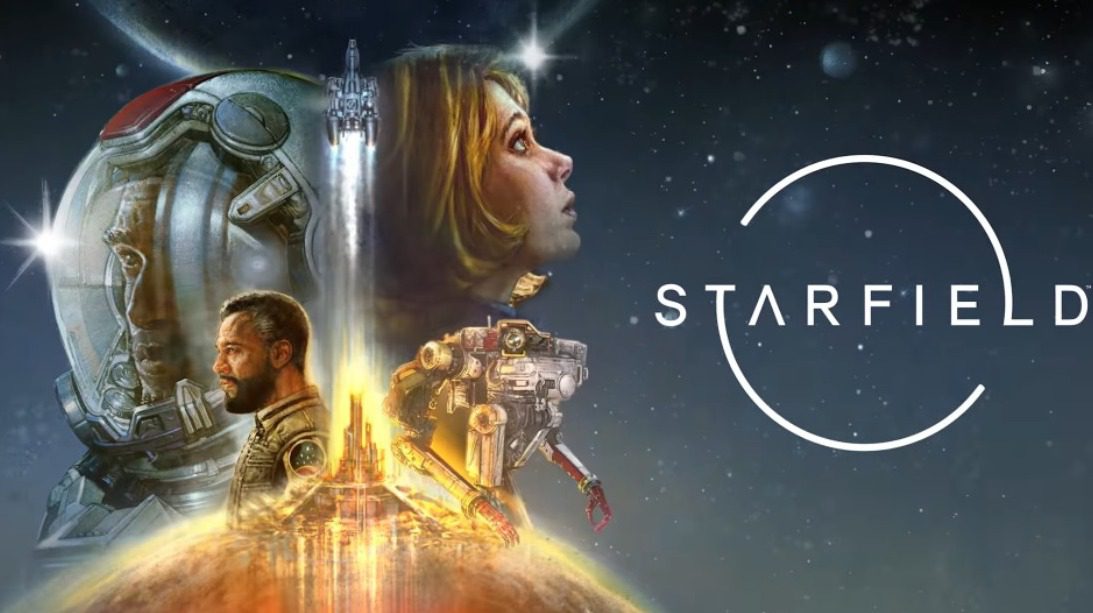 Bethesda showed the first gameplay reveal of its open-word sci-fi RPG Starfield today during Microsoft’s presentation, and it didn’t disappoint. With 15 minutes of in-engine gameplay and Todd Howard saying it’ll be the largest thing since rising gas prices, there’s a lot to dig into here.

Most importantly, when can we finally expect to play Starfield? Well, we got nothing but a vague 2023 release date at the end of the presentation. Though Bethesda has never delayed any of their major titles in the last two decades, which might explain the buggy launches, so a 2023 window seems to be set in stone.

Speaking of buggy, how does Starfield run, and what does it look like in the gameplay demo? Well, it definitely looks to be running less than 60 FPS, with the framerate never quite dipping below 30. The graphical fidelity looks about what you’d expect of a current-gen triple-A game title. While the art style is more realistic than Elder Scrolls or Fallout, it’s still slightly cartoony and fictional-looking, with exaggerated glossy shine on objects and higher contrast colors, so don’t expect it to be difficult to distinguish from real life or anything. 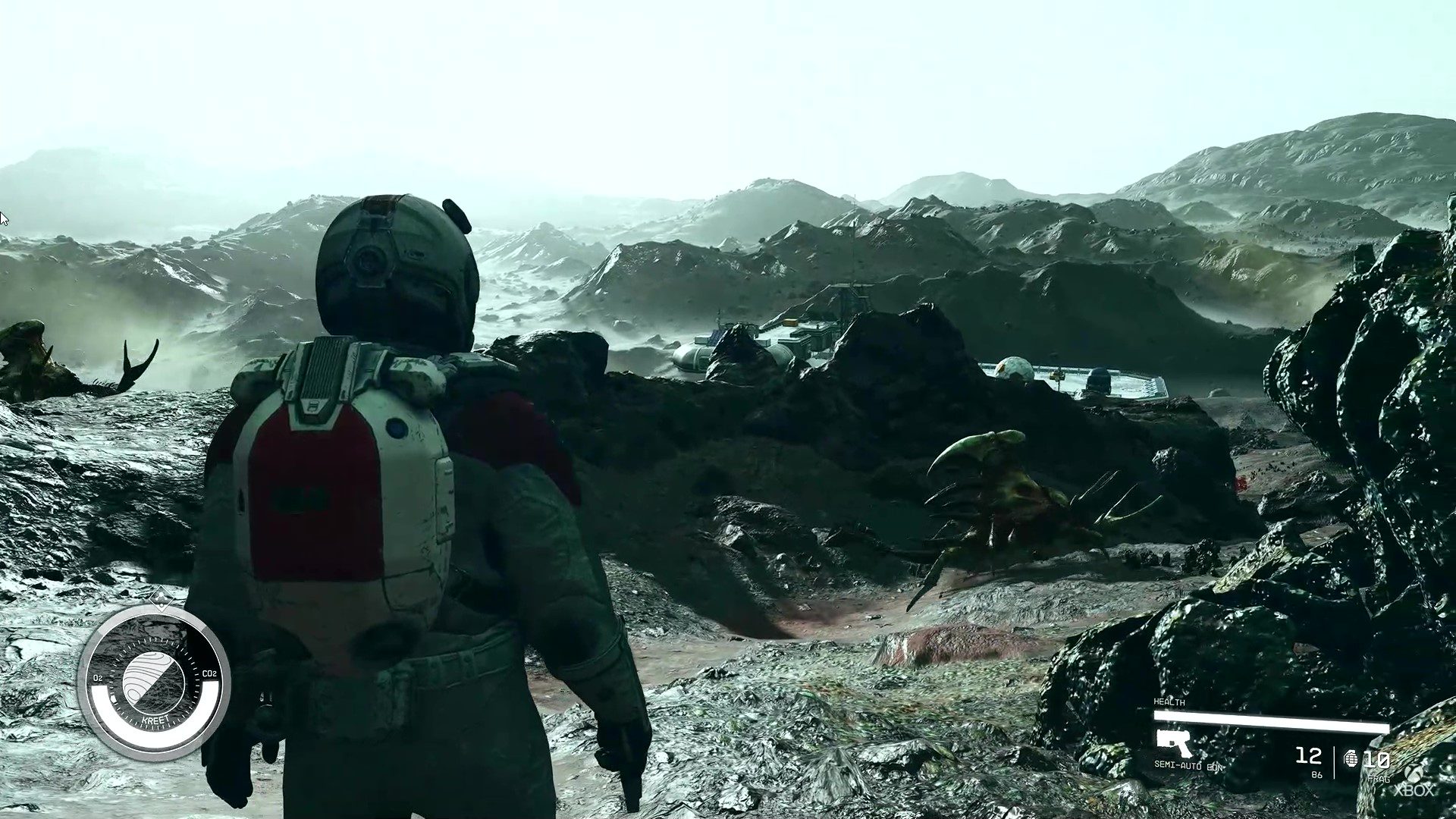 Graphics are far above Bethesda’s previous games, but you’ll notice some texture wonkiness when looking up close. Still, overall, the game looks good.

Though the graphics are nice, some of the coolest details shared by Howard are shipbuilding and exploration. Starfield has taken the popular settlement customization from Fallout 4 to the stars with outpost customization. These outposts can allegedly be built on any planet and most locations outside the cities. As Howard states, they’re used for survival and resource generation. 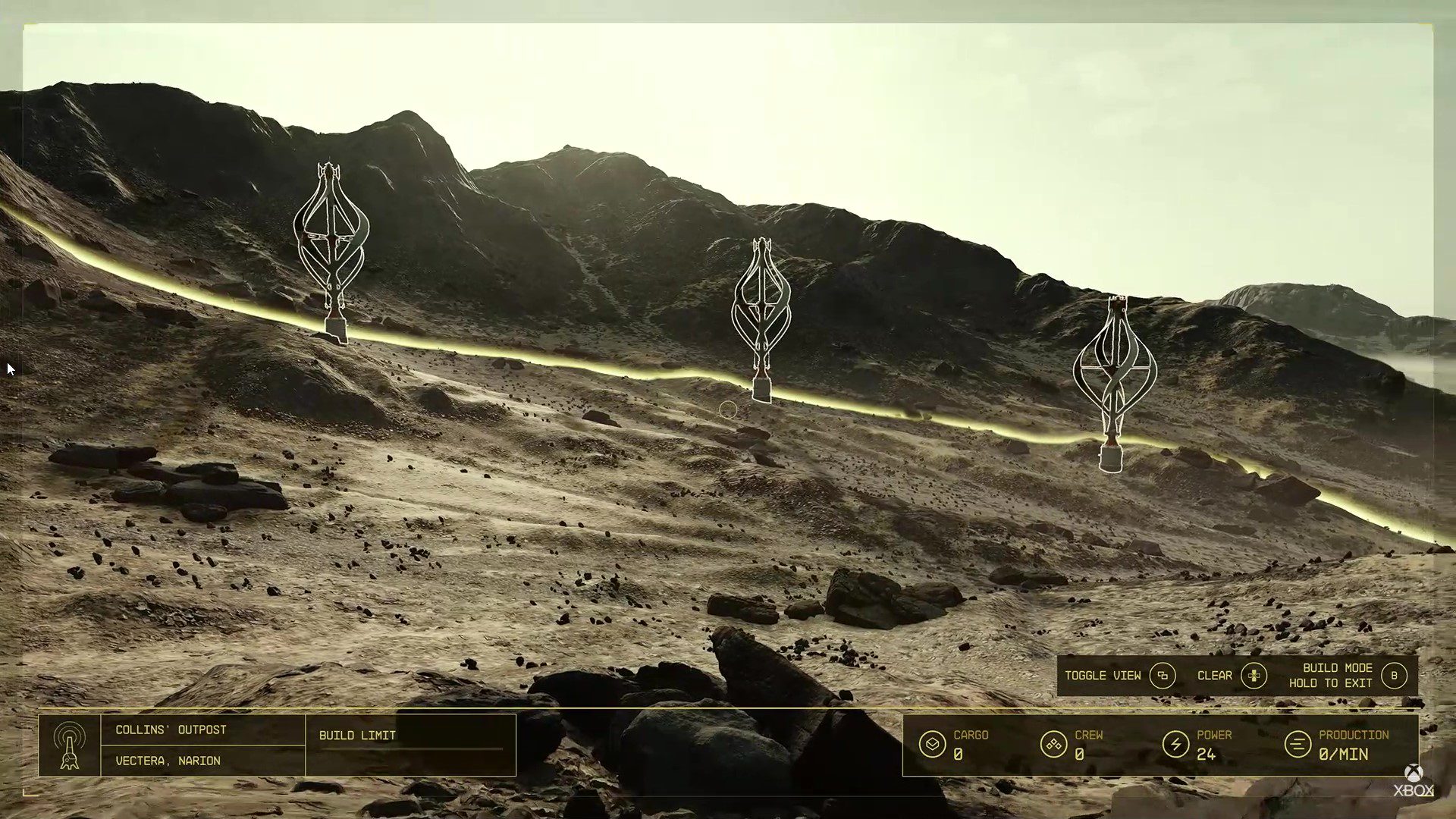 It seems like if you want to heavily explore a wild planet for an extended length of time, building an outpost nearby will provide necessary health, ammo, and storage for your expeditions. But you aren’t isolated out there doing this all yourself; you can hire workers for these outposts too.

But what’s perhaps even cooler is the ability to customize and build your own spaceships. 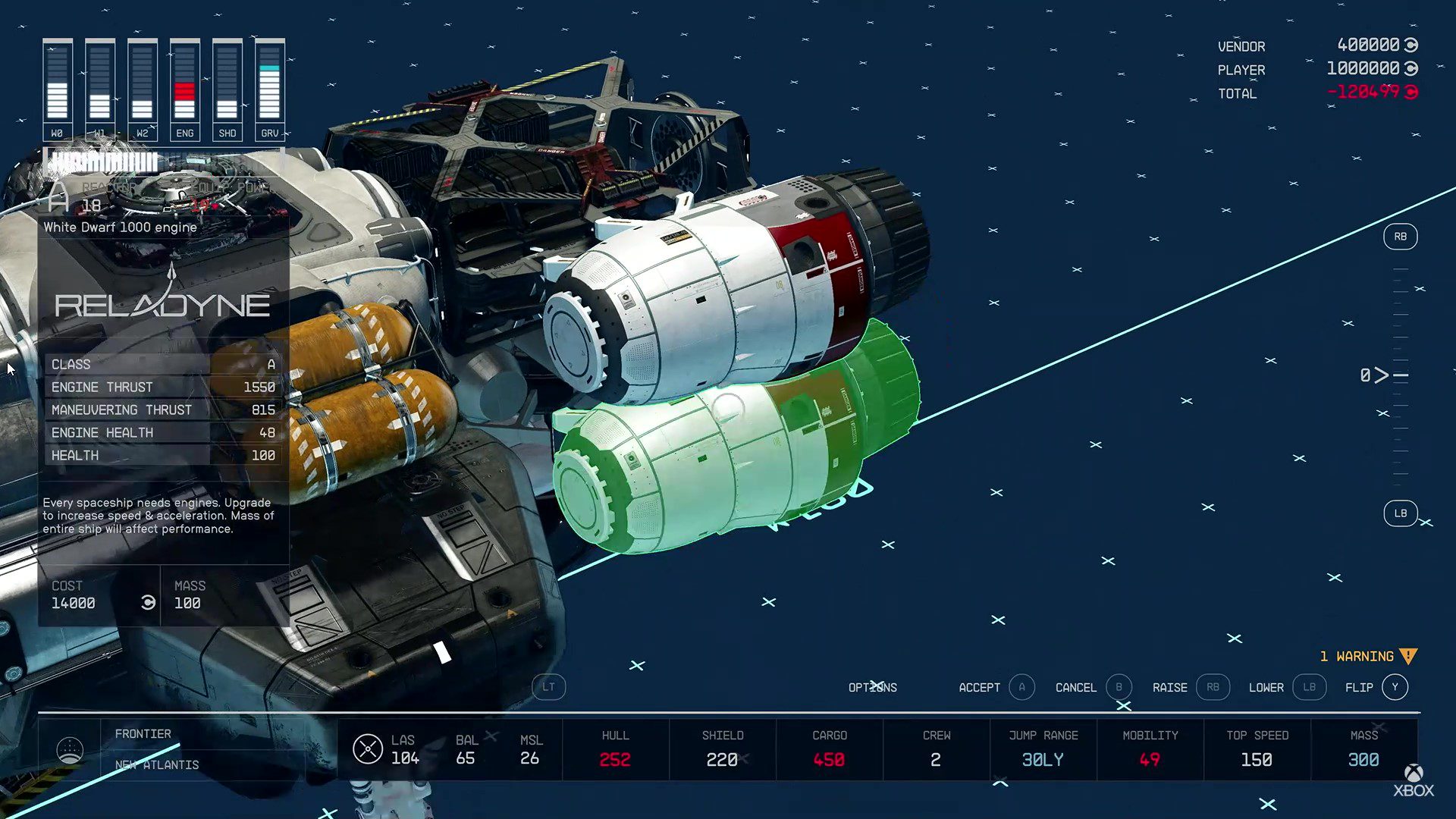 You can choose from a variety of piece manufacturers to LEGO together your own personal vessel, both inside and out. As you can see from the image above, it isn’t all cosmetic; the defense, attack power, and even the crew aboard the ship can all be managed and customized at your whim. (But watch out for that build limit warning!)

And what’s a ship without anywhere to explore with it? Any thoughts that Starfield would be more linear than Bethesda’s previous games are put to rest with today’s presentation. In his typical grandiose fashion, Howard confirmed there are going to be over 100 solar systems full of planets to freely explore. The planets themselves seem pretty large too, and no doubt at all will be procedurally generated similarly to No Man’s Sky. 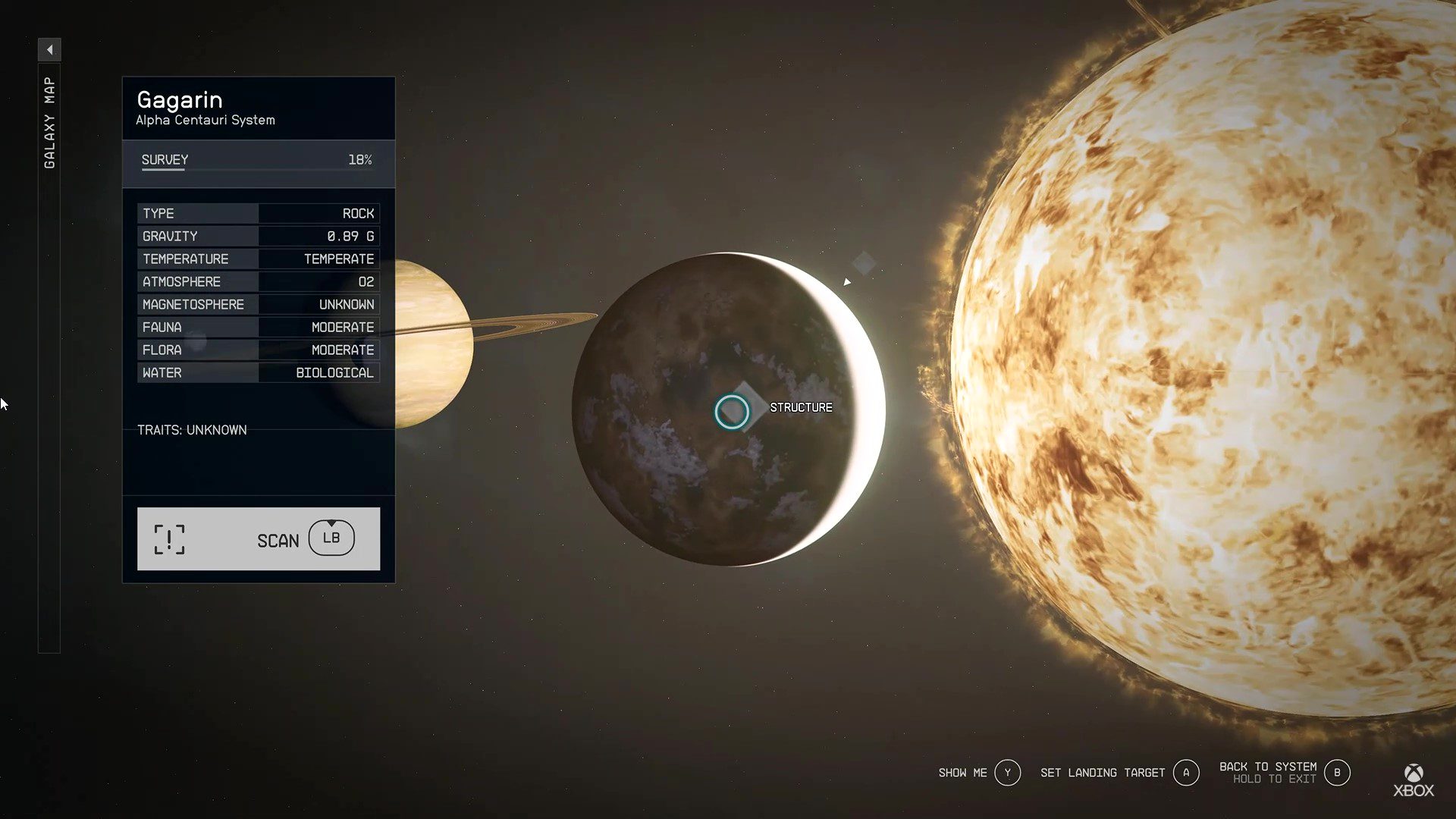 You can scan planets for various structures and material mining, as well as set landing targets, presumably, anywhere on the surface not populated by a cityscape. So, expect lots of procedural content and lots of material farming for your ship and outposts.

Since Starfield features a campaign and quest content, it’s not going to be all about survival and exploration, so at least there’s going to be some hand-crafted design throughout the game among the procedurally generated content. I think exploration could be especially exciting if Bethesda hid various quests and NPCs throughout these planets not related to a previous quest or objective marker. Making a living and breathing world where exploration is magical has been done before in open-world Bethesda games like Morrowind, but it’s been a while, so here’s hoping.

And last but not least, your method for getting to these planets and moons isn’t just a cutscene; you can manually fly your ship and choose points on the planet on which to land. The flying itself looks pretty cool, with a detailed cockpit and more involved operation than just pointing and gliding. 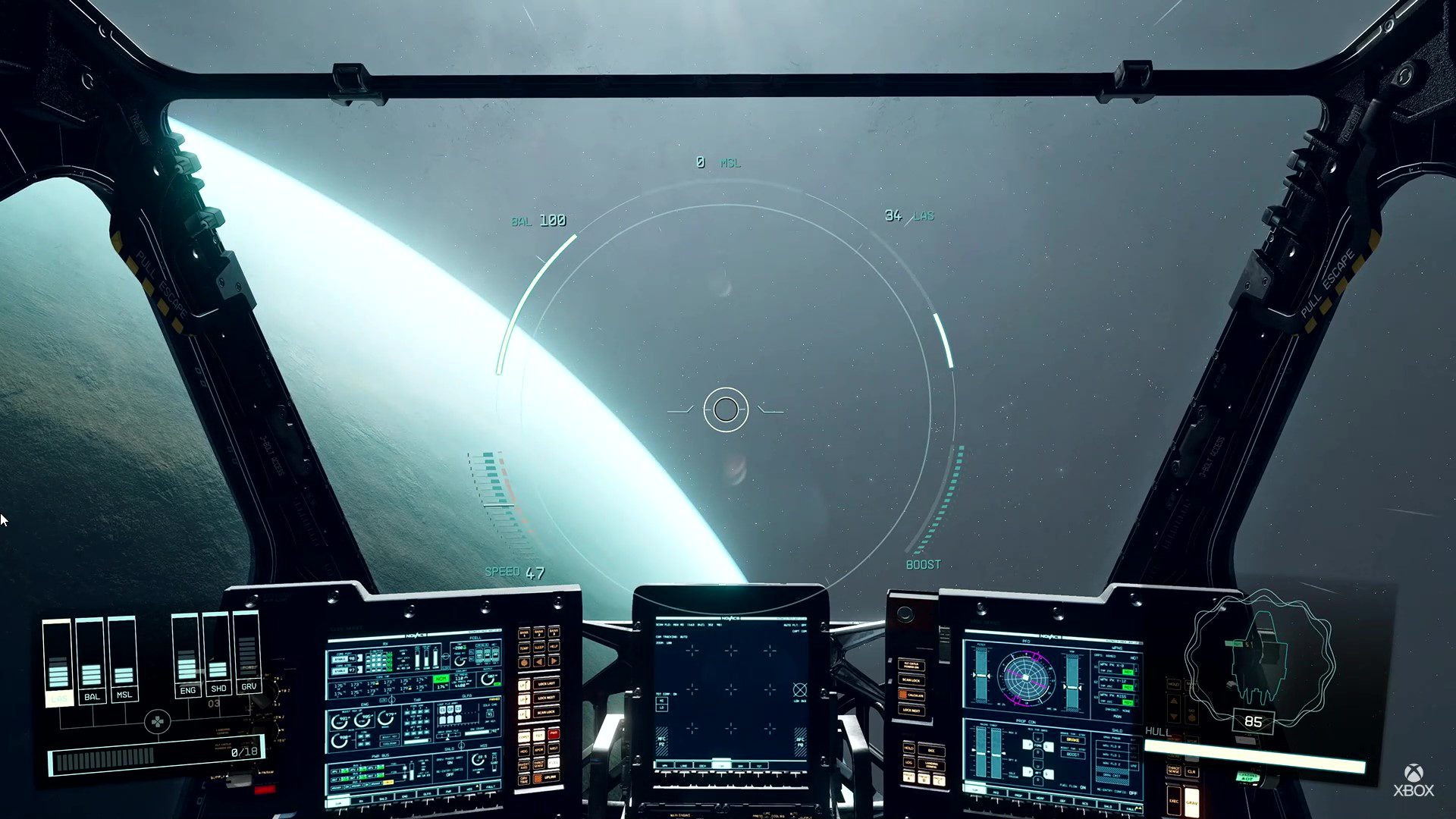 It’ll be interesting to see how vast and empty space travel is, or if you just select a zone on the planet, and it generates a pseudo-linear flight path for you to descend to.

Overall, Starfield got a beefy showing today, and it looked intriguing. It’s got all the open-world hallmarks of past Bethesda games while expanding the customization and survival element. Not much was shown of the quest design, characters, or story yet, so we’ll see how the open exploration and narrative content weave together closer to its 2023 release as more is shown. Sadly, PlayStation players won’t be able to explore the buggy wonder of Starfield on their PS5s since it’s Microsoft-exclusive, but if you have a decent PC, you could always run it from the Microsoft launcher. No Steam release was confirmed yet, either. Starfield was part of a larger Microsoft/Bethesda showcase for Summer Game Fest. Check out G+G’s reactions to the full event, and stay tuned for more game news.