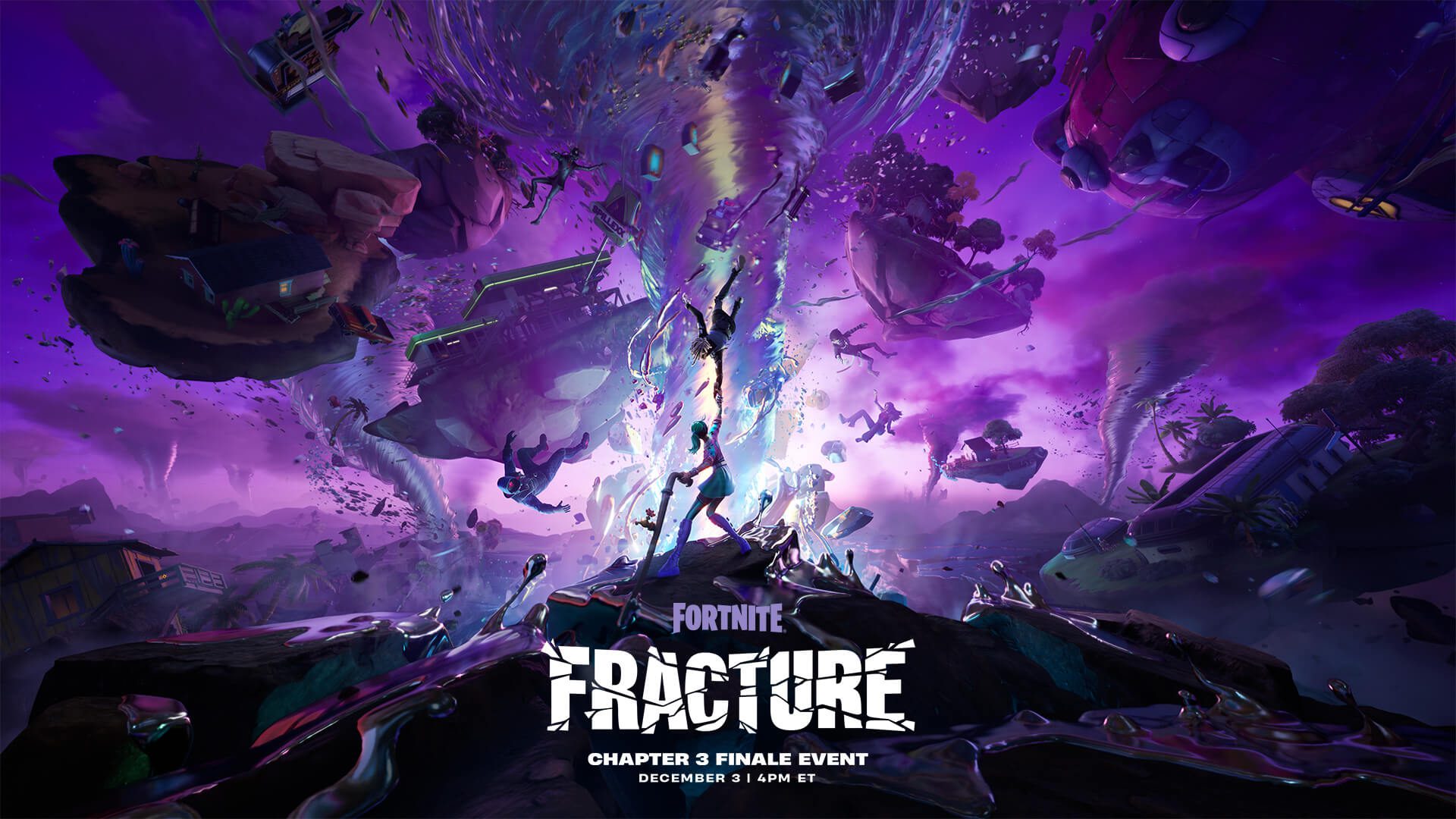 Fortnite has released the full details of what we’re to expect for the Finale Event… well, as much as they will release before the event. The tweet from the official Fortnite account includes an article with the details.

Jump into the one-time only Fracture event on December 3 at 4 PM ET for the Chapter 3 Finale.https://t.co/EYYhGmsmNg

They start the article and tweet the same with “don’t fall to pieces…” This, combined with the event title “Fracture” and their use of the buzzwords “otherworldly” and “unexpected,” is interesting and really has me curious about what we’ll experience.

What to expect for the Event:

As a token for playing the game in the lead-up to the Event, you’ll get an emote. If you log in between December 2nd at 9:00 AM ET and December 4th at 2:45 AM ET, you will get this reward. It will be called Toasty Roast, and it looks like people sitting in lawn chairs roasting marshmallows around a campfire in the image.

They also run down a reminder of things to finish before the season ends in about two weeks.

We’re getting Avian Ambush week. From November 22nd at 9:00 AM ET till November 29th at 9:00 AM ET, there will be more loot chickens on the map, to the point of taking over. Get Level-Up tokens for completing chicken-themed quests and bonus goals. We’ll then get Bargain Bin week from November 29th at 9:00 AM ET until an hour before the Chapter Finale Event on December 3rd. You will get a discount on character goods and services. There will also be quests for XP and bonus goals for the Level-Up Tokens.

Well, the event was lackluster, but the new island they gave us is really cool. Almost feels like they took resources out of the event to make the new island, but I don’t know that for sure.