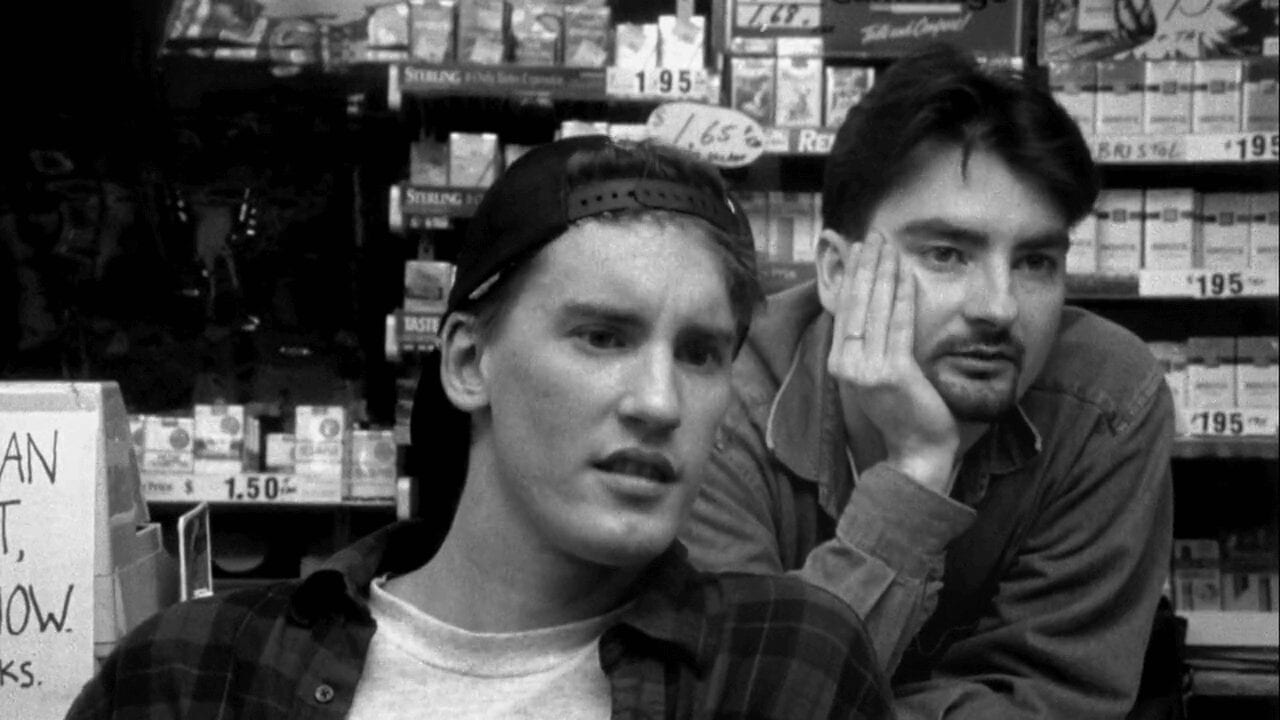 They’re not even supposed to be here today, but they’re coming back just the same. Kevin Smith has taken to Instagram to announce that Clerks III will finally be made. Fans may remember Smith announced Clerks III a couple of years ago, only for it to fall apart when Jeff Anderson, who plays clerk Randal Graves, declined to return. In his post, Smith says that, after signing some merchandise for Leeloo Multiprops together, the two “mend[ed] fences” (which makes me wonder what exactly happened between them), and with Anderson on board, a third Clerks film is a go. Brian O’Halloran will also be back as co-clerk Dante Hicks, with Jason Mewes and Smith once more embodying the immortal Jay and Silent Bob. Smith is writing a new screenplay rather than using the one he wrote for his last attempt.

3 CLERKS! Thanks to the good folks at @zscentertainment and @leeloomultiprops, I got to see Randal! #JeffAnderson, @jaymewes, and I spent Saturday signing stuff and catching up, seeing so much movie merch that’s been made over the last 25 years (hit the Leloo site for sweet signed skateboards)! But even better than that? We talked about making a movie together. It’ll be a movie that concludes a saga. It’ll be a movie about how you’re never too old to completely change your life. It’ll be a movie about how a decades-spanning friendship finally confronts the future. It’ll be a movie that brings us back to the beginning – a return to the cradle of civilization in the great state of #newjersey. It’ll be a movie that stars Jeff and @briancohalloran, with me and Jay in supporting roles. And it’ll be a movie called CLERKS III! To be great is to go on. To go on is to go far. To go far is to return. And we’re all gonna return to the scene of the crime! This won’t be the old script we almost made a few years back: this is a completely new screenplay that I just started writing last night! And so far, it’s like a dream come true! After mending fences with @benaffleck earlier this year, I was hoping for a chance to do the same with Jeff – so huge thanks to Leeloo Multiprops for getting us all in the same room. But the biggest thanks ever go to Jeff, for being receptive to the idea at all. This means I’m gonna get to play with my two favorite inaction figures again: Dante & Randal! Two weeks from the debut of @jayandsilentbob Reboot (on @fathomevents screens 10/15 & 10/17, link in my bio), I’m ecstatic to announce our imminent return to Quick Stop! So I assure you: we’re open! #KevinSmith #clerks3 #jaymewes #jayandsilentbob #danteandrandal #quickstop #leeloomultiprops #indiefilm #clerks

I wonder if this is the start of a View Askewniverse revival. Smith says that Clerks III will be “a movie that concludes a saga,” indicating he intends it to be the final chapter of his Jersey series (much like George RR Martin’s A Song of Ice and Fire, Smith originally intended it to be a trilogy), but he said that about both Jay and Silent Bob Strike Back and Clerks II in the past. Now that both Ben Affleck and Jeff Anderson are cozy with him again, maybe he’ll be reinvigorated. Before either of these new movies, Smith wanted to make a second Mallrats and had almost the entire cast on board, but Universal (who own the rights to Mallrats) weren’t keen on making another one by themselves, nor were any of the studios and streaming services to which Smith pitched the idea; if Jay and Silent Bob Reboot and Clerks III are successful, maybe they’ll change their minds and we can finally see Die Hard in a Mall. I imagine that’s a longshot, but a fella can dream. In the meantime, I’m delighted that Clerks III is happening; the View Askewniverse is very special to me, and for a long time, I figured it was done. But a guy like Kevin Smith is never to be counted out, and now his cast of crazy Jersey dwellers is coming back at least twice because, even all these years later, he refuses to give up on his dreams.

Are you excited about Clerks III? What do you think the plot will be? Any chance the Berserker guy returns? Let us know in the comments and stay tuned to Geeks + Gamers for more movie news!