After the publication of psychiatrist Fredric Wertham’s book Seduction of the Innocent in 1954, which accused comic books of having a negative impact on the minds of children, publishers opted to create a self-regulating oversight committee over government regulation of comic book content. This committee would be known as the Comics Code Authority. The organization’s purpose was to effectively censor the comic book art and material that would be deemed “unacceptable” for young readers (this predated the current rating system that is akin to that of movies). The content that was censored out of comics at the time ranged from the mildly violent or suggestive to the creepy or dark at varying degrees of intensity. Eventually, comic book publishers broke away from this, and throughout the ’80s and ‘90s began to publish darker stories, and adopted the present rating system that gives parents a general idea of the age range for which a given book is appropriate. This system, in place since the early 2000s, has proven to be largely more effective and removes the binds of censorship that once shackled comic book creators because, let’s be honest, adults are less likely to read Teen Titans GO than they are to read Titans: Judas Contract. We grow up, so our entertainment ought to do thusly. Apart from graphic violence – and any comic book fan worth their salt is acutely aware of the gruesome scenes that have splashed across panels throughout comic book history – the most often censored form of content is that of a sexual nature. This can range from the mildly suggestive to the outright, but comics have for a few decades now operated under the knowledge that their largest demographic is young men, and artists have been decorating their panels with gorgeous women as a result. Make no mistake about it, however; women love comic books as well. There happens to be a smaller number of them, but their desire to look at a sexy male character is no less factual or prominent (just look at virtually any Nightwing comic from the early 2000s on). Please try to tell me that women everywhere preferred beer gut Thor in Avengers: Endgame over the ivory-chiseled one we’ve had prior. Sexy sells. 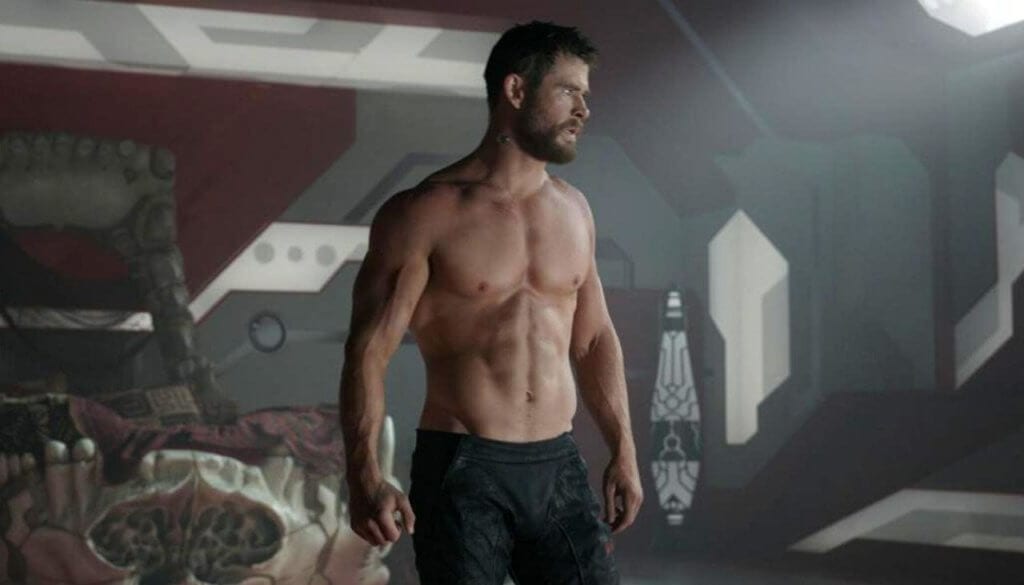 Each comic book artist possesses their own unique style, and while some may share elements of them, an artist leaves their mark on each page with their personal strokes. In the late ’90s and early 2000s, one artist broke onto the comic book scene with his clean-lined style that made his male superheroes look truly super, and his females captivating and imbued with strength and beauty both internally and externally; not merely in some pin-up girl fashion, but make no mistake, they were beautiful. That artist was Michael Turner, and he is known for co-creating Witchblade, his work on Superman/Batman: The Return of Supergirl, and for creating the comic book publishing company Aspen Comics, through which he kicked off his original works Fathom and Soulfire. His bringing Kara Zor-El Supergirl back after decades of her being gone (read Crisis on Infinite Earths) is one of the shining moments in the Superman/Batman team-up series that ran in the early 2000s. Last summer, DC Comics began an exclusive partnership with Walmart in which they published 100-page giant compilations of some of their best stories over the last couple of decades. In one of the more recent of these 100-page giants, one of the stories within is the Return of Supergirl arc. While it is unclear whether it is requisite to their printing deal with the retail superstore chain or an inside editorial decision, DC has elected to make several alterations to Michael Turner’s iconic comic book art in this story, namely to some of the artist’s female images. These alterations make changes to certain characters’ clothing as well as remove many curve lines from their bodies. Now, at face value that may sound like it’s really not a problem. So what? It’s only a few missing curves; why is it a big deal? Well, here’s why it’s a big deal: firstly, Michael Turner passed away in 2008 after a long battle with chondrosarcoma, a form of bone cancer, at the young age of 37. So to alter a deceased man’s work is at the very least devoid of any level of class. Would you alter the Mona Lisa, Michelangelo’s David, or any of the great works of the last several centuries? Now, I am not equating the historical and cultural contributions of these artists with that of a comic book artist, but artistic appreciation and respect are concomitant with retaining the sovereignty of a piece of art.

Nevermind tarnishing the work of a man who was taken from his friends, family, and fans too soon; the idea of censorship in any form has never lead down a positive path. This is an issue that supersedes pop culture and can be tied to one of the most basic of our rights: Freedom of Speech. Freedom of artistic expression is an essential component of this that can be quickly taken for granted by anyone who doesn’t consider themselves “of the arts.” DC Comics would do well to remember not only the current state of the comic book industry (which so happens to be a measurably struggling one), but also the hole that comics were fighting out of throughout the years that their content was strictly limited by the CCA, almost fascistically (this is the current year, so I clearly must explain myself; no, I’m not equating this with book burning… please go away 2019. Scratch that; 2020 will probably be worse). Take that as hyperbole if you wish, but the censoring of art, because it might offend a few people who don’t buy or read comic books already, is not exactly the best business decision. This isn’t the first time in recent months where comic book art has been altered because some woke keyboard warrior saw something that they felt they could cry about. Not long ago, a cover for the ongoing Heroes in Crisis event in the DC Universe was leaked online somehow, and then DC retracted the cover, changing it because five people thought that the image of Poison Ivy was too sexy. Must we reiterate the adult conversation that sexy sells? Comic books are a for-profit enterprise, so I would imagine the goal is to make more money, not less. Current, mainline comic books are largely NOT for young readers (and that’s a different discussion), so if you’re worried about something being too violent or suggestive for your child, then you’re not buying them the right comic books (check out our article on comic books for young readers).

Comic books are already in a bit of a bind (pun intended) as it stands. So, while the censoring of Michael Turner’s work in these reprinted Walmart exclusives may mean little-to-nothing to someone who has never picked up a comic book before, these compilations have mainly been purchased by already-existing fans and collectors because of the new original stories that are contained within each issue. If there’s one thing pop culture producers need to learn, it’s don’t piss off your base – they’re the ones who keep you afloat week after week, month after month, etc. This censorship piece is something that comics haven’t dealt with for coming on three decades now, so what will happen if this becomes less of a one or two-off and instead ingrains itself as the standard in mainstream comics moving forward is probably a wait-and-see item. Walking the path of censoring content in pop culture is a sure-fire way to push longtime fans away, and comic books have already been doing that to their detriment for a few years now. That said, crowdfunded campaigns for comic books are on the rise, and fans are more than willing to put their dollars into the hands of creators ready to supply them with what they want. So if you’re a comic book fan, male or female, and you’re looking for some action-packed issues of your favorite hero or heroine while they look great doing what they do best, pick up some ‘80s, ‘90s, and early 2000’s back issues from your local comic book shop’s bins (the shops also receive 100% of the profits from these back issues, so go nuts) – those artists understood what we want. 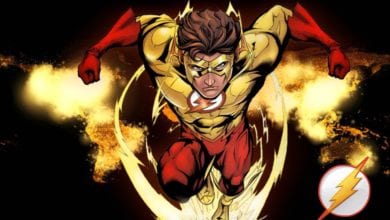 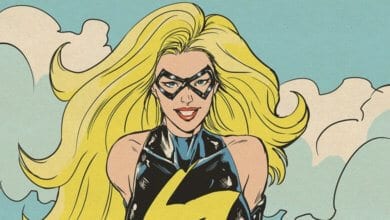 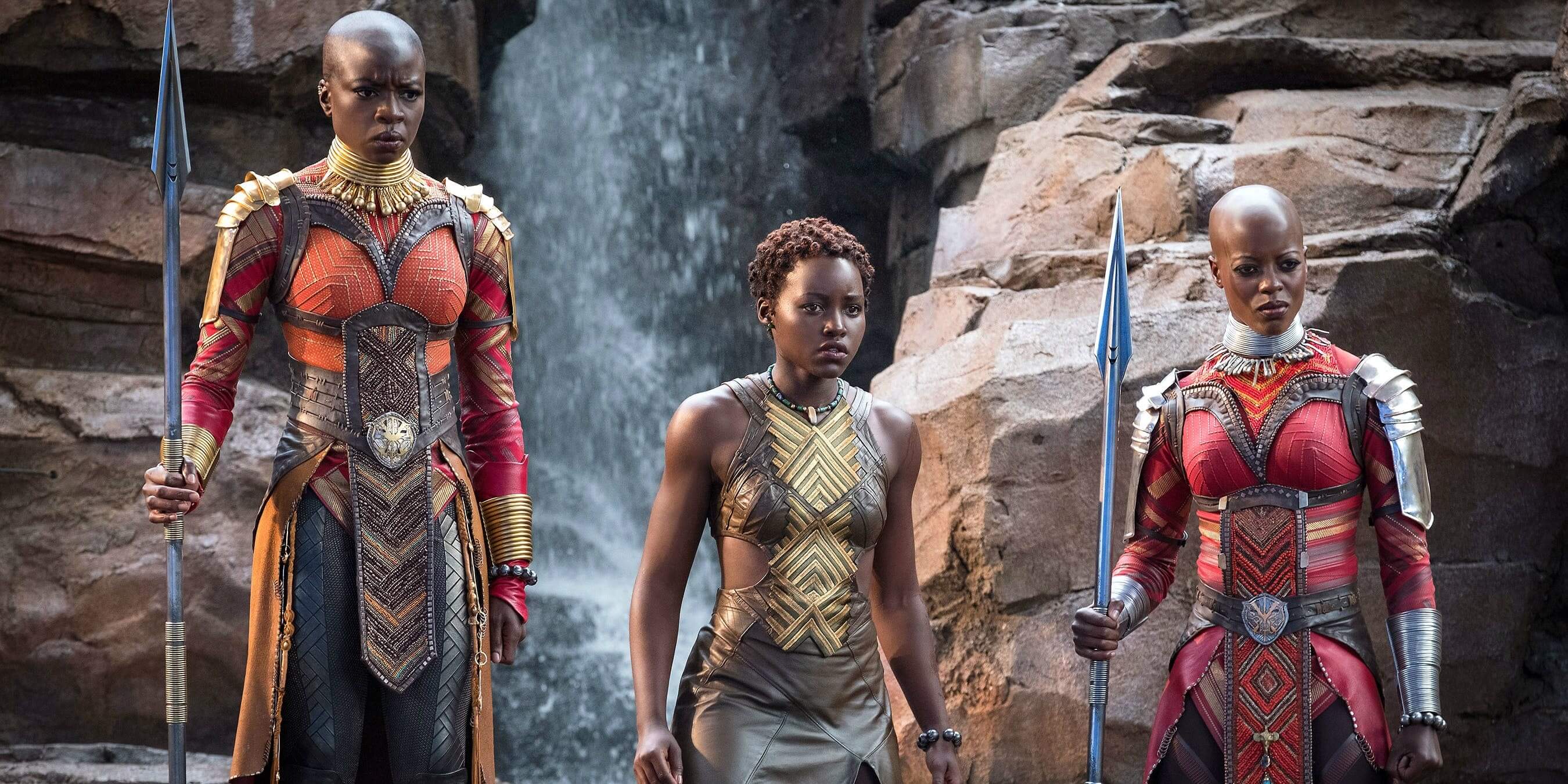