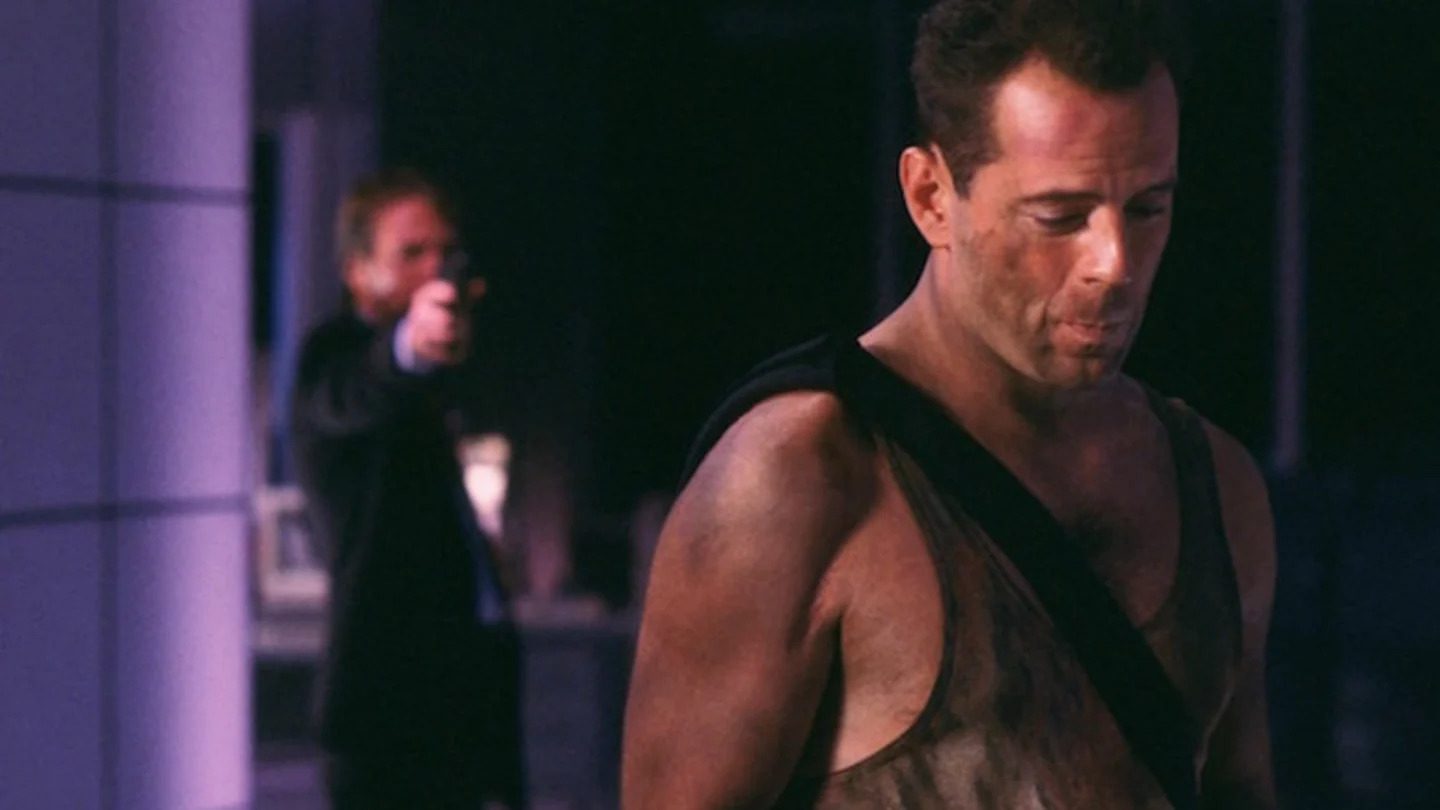 We had to know this would happen eventually. The scourge of Hollywood remakes/reboots/reimaginings/recastings comes for every beloved story and character sooner or later, and the beady eyes of this Legionesque demon are now set on John McClane. Writer Ben Trebilcook and producer/director Brian Trainor have put together a proof of concept trailer for a proposed streaming series based on the hero of Die Hard, as well its two sequels (and two fan films that were called sequels for some strange reason). The video, which they shared exclusively with JoBlo, suggests a show called McClane: Die Hard 24/7 and stars Jeremy Sande, Eric Buarque, and Sylvia Crimm. It will be a prequel that shows John McClane as a rookie NYPD officer. You can check out the trailer below, but I’ll more than understand if you skip it:

“For Bruce.” Give me a break. Imagine being smug enough to decide you should make a Die Hard prequel without Bruce Willis – even ending your video with the hashtag “Die Hard is Back” – and saying you’re doing this for him.

Oh, but wait! That’s exactly what they’re claiming. JoBlo has some thoughts from Brian Trainor.

“To see an iteration of this character that is anything less than the perfection offered to us by Willis in those movies, would be a bitter pill to swallow.”

Says someone who wants to recast John McClane.

“A McClane show, perhaps with involvement with Bruce and his family, keeps Die Hard his. He can enjoy watching us tear it up on his behalf and is more than welcome, we’d love that. It may be one more chance of doing what he loved, still being John McClane and still making Die Hard, in one form or another.”

Think about how evil this statement is. They’re using Bruce Willis’ recently announced illness and retirement from acting to justify their vanity project. “If you let us recast you and do whatever we want with your most beloved character, it’ll still be yours.” And involving his family is even worse; they’re playing on the pain these people are feeling to get their show “legitimized.” I know this business is generally coldblooded, but I can’t remember ever being this disgusted.

In terms of the concept, what good would a Die Hard prequel be? John McClane is supposed to be an ordinary cop thrown into a nightmare he could never have imagined. If they show him as some kind of perennial action hero prior to the first film, it’s just another day for him. The two (and only two) sequels are fine because there’s the idea that he keeps finding himself in these situations – the third one happens specifically because he was targeted – but it has to have all started on Christmas Eve at Nakatomi Plaza; otherwise, it’s worthless.

And that’s not even getting into the notion of someone else playing John McClane. Perhaps the biggest reason McClane is so revered is that he was played by Bruce Willis, and Bruce put so much of himself into the character. (Die Hard is loosely based on a book called Nothing Lasts Forever by Roderick Thorpe, but the character – whose name is not John McClane – is so wildly different from McClane that they’re apples and oranges; in fact, an earlier book featuring him, The Detective, was adapted into a hard-boiled, cynical noir film starring Frank Sinatra.) That can’t be replicated, and to try would dilute what Bruce did. It’s the equivalent of recasting a Luke Skywalker or Indiana Jones or Han… Solo…

What scares me even more is that there’s probably an audience for this. You see people talking about recasting these characters all the time. “Harrison Ford is getting too old to play Indiana Jones? Just cast Chris Pratt, who cares, nothing means nothing.” Look at how ubiquitous legacy heroes have become in recent years, and while they’re not as popular as some would have you believe, they have their fans. So, while I hate everything about this, I wouldn’t be surprised if it happens. All we can do is refuse to watch and hope it dies.

But not hard. You need Bruce Willis for that.

Why is life precious? Because it’s fleeting. Same with stories and characters. In a time when people think if they never pay back student loans, never have kids, never work means they aren’t getting older and closer to dying, I’m not surprised that they just want to rehash things to fit their weird narratives and make timeless characters younger.

Yeah, there’s such an arrogance to it, to the idea that they’re taking ownership of something that seminal and iconic, and molding it into their image. I forget who it is that calls them cultural vandals, but it’s the perfect description.