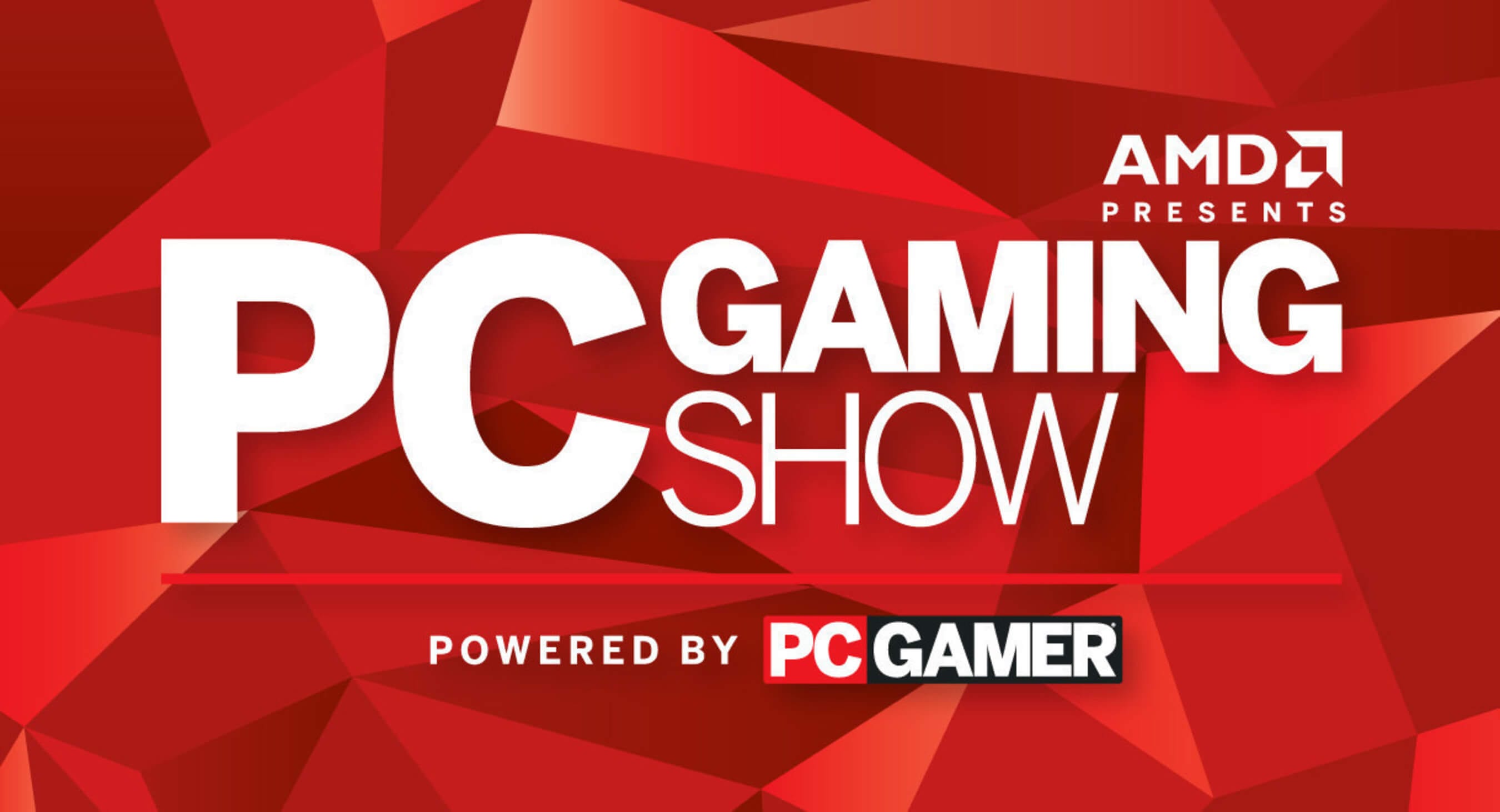 The PC Gaming Show at this year’s E3 began with a faintly Nixonian voice running down all the titles to be presented, then introducing hosts Sean Plott and Frankie Ward. Plott revealed that they would be displaying 30 games at the event, and that he would be asking some fan questions of the creative director of Borderlands 3 later in the presentation.

The first game showcased was Evil Genius 2: Domination from developer Rebellion. The trailer was brisk and looked fun, following a female detective as she infiltrated the base of SPECTRE-type organization (replete with a leader that goes so far past simply invoking Ernst Stavro Blofeld that EON might have a legit legal case).

When that finished, Ward interviewed Hardsuit Labs senior narrative designer Brian Mitsoda and senior narrative designer Cara Ellison about confusingly-titled horror RPG sequel Vampires: The Masquerade – Bloodlines 2, coming in the first quarter of 2020. The game will emphasize vampires keeping their existence secret as they drink the blood of the living, as well as detecting the prevalent emotions of their victims and experiencing those emotions when they feed. The PC game will also explore the difficulties of becoming a vampire, in particular through the bloodsuckers the player encounters throughout the story. The trailer was appropriately creepy and unsettling.

Next up was the trailer for Starmancer, a Sim City-style game where you have to maintain a space colony. I was never much for this type of game, so the trailer bored me, but if this is your jam, you might like it.

Plott then interviewed Tripwire president John Gibson and Torn Banner Studios president Steve Piggott, whose companies are collaborating on PC game Chivalry II. The short trailer looks really fun, with bloody knight battles aplenty. The presidents promised an immersive experience that would bring gamers into medieval times, replete with “burning houses, killing peasants,” and other forms of wanton carnage. Piggott invoked the famous Game of Thrones clash the Battle of the Bastards, to which Plott responded, “Don’t worry, we’ll ignore the last season. Just Battle of the Bastards is gonna be in the game.” Even E3 can’t resist taking some hard-earned jabs at season 8. The sword fights have been revamped as well, and more fluidity is promised, with the ability to fight multiple opponents at once. There will also be a lot of humor in the game, akin to Monty Python. Chivalry II will be available in early 2020.

After some more voiceover narration (why not just get on with it instead of telling people what you’re going to be showing?), a trailer for Mosaic, a “dark and atmospheric adventure game,” played. The trailer left no indication of what the game will actually be like, but it will be available later this year.

Ward then introduced a trailer for Midnight Ghost Hunt, an actiony Ghostbusters riff. Plott then talked to Mellowsoft game director Samuel Malone (who should thank his parents every single day for naming him “Sam Malone”), who said that gamers could play as either the ghost hunters or the ghost. As a hunter, you first use gadgets to find the location of the ghosts, then use weapons to destroy them. The ghost, conversely, possesses household objects to defeat its pursuers. When the clock strikes midnight, however, the destroyed ghosts return with more power, and the hunters are suddenly fighting for their lives. There will be an alpha event for Midnight Ghost Hunt later this summer.

Ward brought out a trailer for Unexplored 2: The Wayfairer’s Legacy, a weird-looking platformer.

Plott then talked to Samsung’s senior manager of monitor product marketing, Dean Delserro, about the Samsung 27” CRG5 240hz Curved Gaming Monitor. Delserro promised “lag-free and tear-free performance,” along with lots of other bells and whistles. The monitor will be available in mid-July for “under $400.” I’m not a fan of curved screens, but everything else looks great, of course.

Yet another voiceover narration played, then Funcom community manager Natascha Röösli walked out to show a trailer for some of Funcom’s upcoming games for the rest of the year. Included were Mutant Year Zero: Seed of Evil (where you play as a moose with a flamethrower, so I need it); Conan Unconquered, a tower defense game (why are they constantly acquiring the video game rights to famous characters only to make games where you don’t play as them?); and Moons of Madness, which looks to be a Lovecraftian horror survival game set in space. All the games will be available on consoles as well as PC.

Then Phillip Mayes, the founder and director of Mighty Kingdom, joined Röösli to talk about Conan Chop Chop, a “rogue-like action adventure game” that, based on the trailer, is a goof on Conan in an RPG setting. Again, I’m left to wonder why they would forgo making a really badass Conan game to do something weird and silly. Like the other Funcom-distributed games, Conan Chop Chop will be released on PC and consoles, this one on September 3.

Ward then talked up a trailer for Last Oasis, a survival game set in a post-apocalyptic future where people ride around on insect-like wooden vehicles and shoot cannonballs at each other. There’s a very Max Maxian vibe to the trailer. Last Oasis will be available for PC on September 3.

Then came a trailer for Age of Wonders: Planetfall, which Triumph Studios game director Lennart Sas described as a “turn-based strategy game” that features cyborgs and dinosaurs. Players will be able to build their tech and face horrors with their new weaponry. The game will be available on PC and consoles on August 6.

Ward returned to introduce Zombie Army 4: Dead War, a first-person shooter where you fight zombie Nazis under the command of Zombie Hitler. This one will also be available for consoles in addition to PC.

More voiceover narration led to a trailer for Remnant: From the Ashes, a horror/fantasy action game that looks like a blast. Gunfire Games CEO David L. Adams talked to Plott about the game, which will start on Earth and branch off to different planets. The gaming experience will be different for different players, with worlds crafter based on the choices made. It is also a full co-op shooter, with other players being able to jump in any time they want. Remnant will release on August 20 for PC and consoles.

Plott then introduced a trailer for Griftlands, a strange-looking game coming out on July 11.

Ward took the stage again and talked to Frontier game developer Piers Jackson and senior artist Liesa Bauwens about PC game Planet Zoo, where you tend to animals in a large zoo and learn about conservation and preservation along the way. The gameplay footage showed a nice-looking game that’s probably boring as hell unless you’re into this sort of thing.

Then Plott came back with Shenmue game designer Yu Suzuki to show the trailer for Shenmue III, which will be available for PC and PS4 on November 19. Apparently this series is a big deal, but the trailer did nothing for me.

Then came a trailer for a terrible-looking turn-based RPG game called Song of Conquest. Game designer Carl Toftfelt then described the gameplay as “adventure and strategy combined.” The game will release for PC in 2020.

Plott introduced a trailer for Vermintide II: Versus, a sci-fi adventure battle game with armies of rat-people; that sounds bad, but it looks really cool. The beta is available now.

Ward then brought out a boring trailer for Per Aspera, where you colonize Mars. It will be available for PC in 2020.

Next, Ward interviewed Patrice Désilets of Panache Digital Games about Ancestors: The Humankind Odyssey. Gamers play as the final common ancestor between man and ape, and they explore and survive a primitive world, “going from prey to predator.”  Following the chat was a reel of footage from Ancestors, Solar Ash Kingdom, Borderlands 3, The Pathless, an untitled Goose game, Phantom Brigade, Atomicrops, Rune II, What the Golf, The Sojourn, and a few games we’d already seen. Everything went by too quickly to get a sense of any of the games, so this was pretty useless.

Then came a quick trailer for Auto Chess, followed by a talk from Loring Lee, founder and CEO of Dragonest. Auto Chess looks and sounds dull.

Ward then brought a trailer for Chris Tales, another weird, cartoony game coming to PC in 2020.

After this was a trailer for a Contra-style run and gun game called Valfaris. It looks like a really fun throwback.

Following Valfaris, Plott interviewd Gearbox creative director Paul Sage about Borderlands 3.  Sage hypes a new character named Moze, updated weaponry and equipment, and the inclusion of artifacts that add cool features to movement. Borderlands 3 will also have a Guardians Rank, which has infinite progression and different skills for the different ranks. Plott then began asking Sage those fan questions he promised. The first was about how the boss fights in Borderlands 3 would compare to previous games, and Sage said there will be big, long boss encounters, as well as a lot of mini-bosses. Anyone can jump into multiplayer at any time, Tiny Tina will fight alongside Vault Hunters, the level cap at launch will be 50, and Flak, Golden Keys and Shift Codes, Duels, and maybe some other PvP will be present. You will be able to transfer weapons between characters. Borderlands 3 comes out on September 13 for PC and consoles.

Ward returned with Tripwire president John Gibson to talk about Maneater, an “open-world action RPG” where you play a baby shark who must survive into adulthood, evolving along the way and becoming a more vicious animal. The trailer followed, and despite the presence of Mountain’s “Mississippi Queen” (as opposed to Hall & Oates’ “Maneater”), it doesn’t look overly interesting. The game’s story is told through a reality show, which doesn’t do much to pique my interest.

Plott then introduced a trailer for Terraria: Journey’s End, another game I can’t imagine people actually playing, but it’s the latest in a series, so what do I know?

Then developer Sam Barlow and actor/producer Logan Marshall-Green came out to talk about Telling Lies, a “spiritual successor” to Her Story. A woman has stolen an NSA file and players watch video footage of different characters to piece together what happened.  Telling Lies will hit PC very soon.

Ward then talked to Digital Extremes’ live ops and community director Rebecca Ford about Warframe: Empyrean, an action sci-fi game that will feature squad-based ninja combat. The trailer doesn’t really show much, so it could go either way, I suppose.

Next came a trailer for Genesis Noir, a visually fascinating PC game that reveals nothing about story or gameplay.

Plott then introduced a trailer for El Hijo, a Western game (replete with Morricone-sounding music) where you play as a sneaky little kid; way to ruin a great setting.

The final game of the PC Gaming Show was Baldur’s Gate III, for which Plott brought out Larian Studios CEO Swen Vincke and D&D creative director Mike Mearls. The guys talked about how they met and collaborated on Baldur’s Gate III, and described a bit of the open-world nature of the game. They also revealed that there is a table-top prequel game, Baldur’s Gate: Descent into Avernus.

And that wrapped it up. Regardless of the games themselves (and the interminable length), Sean Plott and Frankie Ward were good hosts who asked interesting questions of the guests.

What did you think of E3’s PC Gaming Show? Are you excited for any of the games? Do you understand the appeal of something like Planet Zoo? Let us know in the comments and stick around Geeks + Gamers for more E3 2019 coverage!