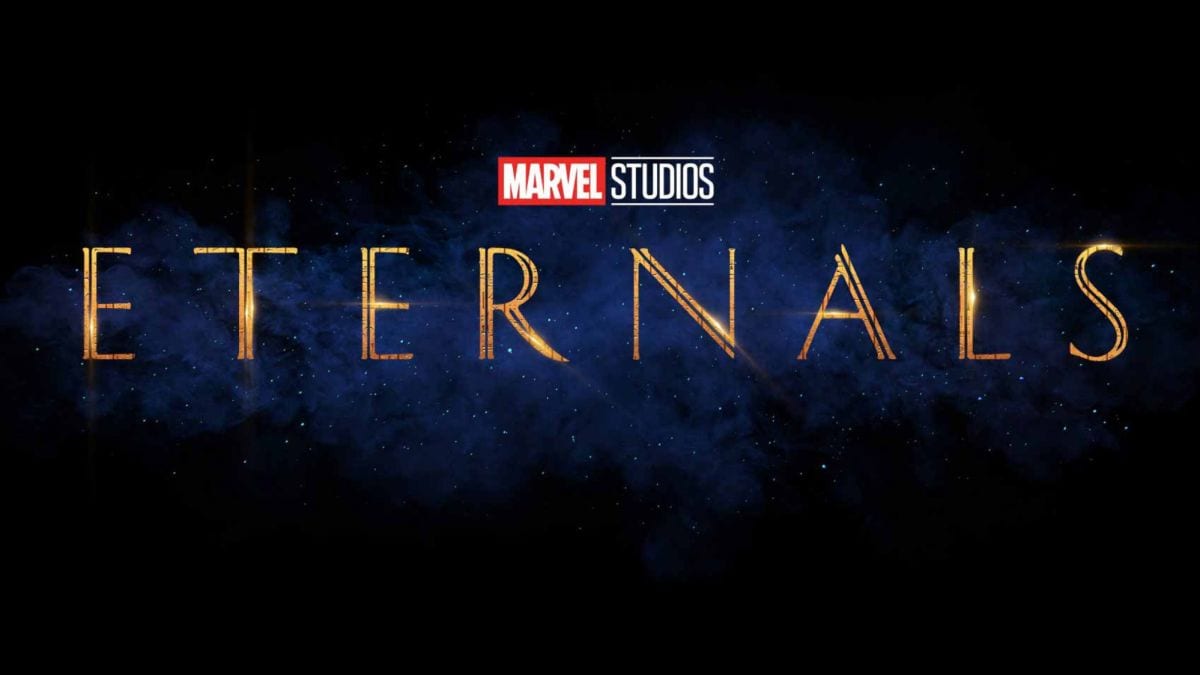 The outer reaches of the comic book world are being mined, as Marvel has released a trailer for Eternals (as opposed to “The Eternals,” as I’d been incorrectly calling it until I saw the title card at the end). Eternals concerns an alien race who’ve spent millennia in hiding on Earth coming together to face a threat to humanity. Directed by this year’s Best Director Oscar winner, Chloé Zhao (whose film, Nomadland, won Best Picture), Eternals stars Richard Madden and Kit Harington of Game of Thrones fame, as well as Angelina Jolie, Salma Hayek, Gemma Chan, Brian Tyree Henry, and Kumail Ali Nanjiani. The film is set to release on November 5, 2021. Check out the Eternals trailer below:

I know this one is inspiring strong reactions, but honestly, it’s hard for me to feel much of anything about the Eternals trailer outside of boredom. I like when trailers don’t reveal too much, but geez, how is this supposed to sell anyone on this movie? The biggest star power they’ve got comes from Angelina Jolie and Salma Hayek, and I’m willing to be they’re barely in it. I liked Richard Madden in Game of Thrones – Kit Harington was dull, kind of like this trailer, so I guess he fits right in – but you get no sense of his character from this video, other than some quick non-laugh that they seem to want to be a laugh about his inability to lead. Speaking of which, I take back what I said a bit; one line in the Eternals trailer made me mad. When the little kid asks who will lead the Avengers now that there’s a vacuum, she says “Captain Rogers” as opposed to “Captain America.” This is Marvel and Disney trying to frame Sam Wilson as the bearer of that name in the audience’s minds, and it comes at the expense of the real Captain America. It’s the same as Taika Waititi referring to Jane Foster’s upcoming legacy Thor as “Mighty Thor,” a play on “the Mighty Thor,” Thor’s traditional title in the comics. They’re pushing the legacy heroes so hard that they’re diminishing the original versions of those characters. I wonder if this will backfire; if the audience is constantly being told that the story they loved is over, will they stop coming back? That’s a hurdle this movie already has to face because barely anyone knows who the Eternals are. This worked for Marvel with Guardians of the Galaxy, but that was a fun movie with likable characters. The Eternals trailer has zero fun, and it’s mostly people standing around or displaying powers we’ve seen other, more interesting characters display in other films. They seem to be going for a ponderous feel, kind of like a Cloud Atlas type of movie, but none of the imagery – outside of that walled-in village – looks all that special. I don’t know what kind of movie Eternals will be, but so far, I don’t see it knocking anyone’s socks off.

What did you think of the Eternals trailer? Are you familiar with the characters from the comics? Depending on the reaction, will Angelina Jolie and Salma Hayek be called back for about a month and a half of reshoots? Let us know in the comments, and stay tuned to Geeks + Gamers for more movie news!

I thought very little of the trailer and am NOT familiar with the comic characters. Jolie and Hayek are overexposed. Visuals are no longer enough to carry a movie. It reminds me a bit of the Inhumans, which I didn’t get into much either.

Someone else I know mentioned the resemblance to The Inhumans too, and it’s kind of striking now that I think about it. I don’t think that bodes well for this.

Well it seems that they are on a mission to find that, “Diamond in the Rough” scenario? Only that they are willing to shovel out loads of $$$$ in order to accomplish that goal? Seems counterintuitive to me, but hey, what do I know, eh?

Cause I happened to catch a Marvel film on cable that I didn’t even know was based on anything comic related? I think it was The New Mutants? I despised the movie so much that I am being lazy to even know IF that is the correct term or not? The movie sucked and it thought mentioning the X-Men a few times would save it? It was so bad I bet it will get a sequel?

It also seems that this new “Jedi High Command(?)” is going this route? A small, but exclusive group who are going to show the A listers up….. And since it has teen Yoda, expect him to be like teen Groot. Giving people attitude and heavy on the teen angst…

It looks like that’s what they’re trying to do, but based on what they’ve said and shown so far, they aren’t going out of their way to get people to like it. When you’ve got unfamiliar characters like this, or like the New Mutants (which I didn’t see, but heard exclusively bad things about), you need to hook people somehow. Like with Guardians of the Galaxy; that first teaser played up the humor and fun personalities of the characters, and people loved it.

Attention everyone, I’m here to solve your problems. The Eternals were created by the Celestials from proto-humans as a means for them to become the defenders of Earth against their evil counterparts called the Deviants. They can live for a very long time and don’t contact much with their human ‘cousins.’ The Inhumans are somewhat similar but they were created by the Kree when they discovered an Eternal outpost on Saturn’s moon, Titan.

The Eternals have influenced and helped the people through advancement in technology and other things and were mistakenly thought to be the Olympians at one point when they had an outpost in Greece.

This is one of the movies I’m anticipating because these are characters I am very unfamiliar with and they were created by Jack Kirby when he was left out from finishing his New Gods stories at the time. Who doesn’t love that kind of lore.

I’m open to it, despite not thinking much of the trailer, but the cosmic stuff in the comics usually leaves me cold. They’re okay for background, but I tend not to find them all that interesting as characters. Actually, the trailer reminds me a lot of it, so I guess that makes sense.