DICE’s Battlefield V made a big splash this year, and not for the best reasons. The controversy started early with the reveal of female combatants in its historically based WWII setting, and when there was an uproar, the developers chastised their criticizers. So there has already been poor public perception of this new entry; but is it warranted? I’ve played a couple hours of Battlefield V, and I can confidently say that it performs incredibly well, despite some issues.

First off, it’s a technical beast. The Frostbite engine continues to impress, with a stunning level of detail in the environments, great lighting, and particle effects. I’m playing on PS4 Pro, and it runs really smoothly, both in multiplayer and single player. It’s not perfect, because there’s a noticeably higher number of glitches this time around in comparison to Battlefield 1 or even Star Wars Battlefront II. Some of these breakdowns range from being comical rag-doll launches to some more glaring issues, like player body parts phasing through buildings, allowing me to kill them despite them being in cover. DICE has made steps towards improving the mobility that players have, which I’ll get to later, but still hasn’t overcome how often players can get hung up on the geometry. I can’t tell you how many time’s I’ve died in DICE games because my player wouldn’t mantle an object that he/she should easily be mantling, or getting hung up on a tree branch that I couldn’t see. So if that annoyed you in past games, prepare to deal with more of the same. I will say that it has gotten marginally better though.

From a game-play perspective, Battlefield V might play the best of any Battlefield game in recent years; the tweaks they made to how much you control your avatar really make you feel more free. You can fire while crawling backward, mantling is more natural, and there’s a cushioning roll animation when you fall above a certain height. You can also sprint while crouching, which is incredibly useful for remaining a smaller target without sacrificing speed and ease of movement. The shooting feels just as smooth as always, with a better recoil system, and a much stronger health system, relying on health packs. This keeps the time to kill a lot quicker, and also forces you to work in tandem with your squad’s medic. Any team member can now revive anyone, but the medic is just better at it. Speaking of squad play, they’ve done an excellent job of incentivizing teamwork; it actually feels like each member has a use. The Recon class can lay down long-range cover fire, Support can throw ammo pouches to you (so now you don’t have to huddle around an ammo box, waiting to be hit with a grenade) and lay down high powered and plentiful cover fire, the Medic can revive and heal teammates fast, and the Assault class feels essential for destroying enemy vehicles this time around because the armored vehicles are INCREDIBLY tough and fast. I won’t say that I always got into a squad who wanted to help each other, but I’ve gotten solid squads WAY more often than in any other Battlefield I’ve played. I haven’t gotten to spend too much time with the vehicles so far, but the tank I controlled briefly handled pretty well. 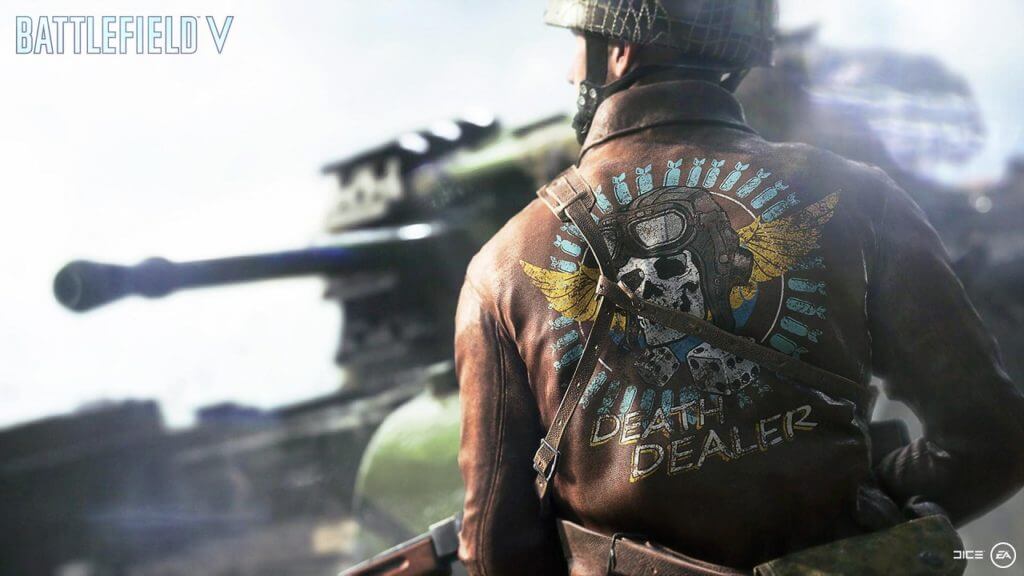 The game modes are pretty good this time around. You get the usual suspects like Conquest and Team Deathmatch, as well as Domination. All three of those are great, but the centerpiece here is Grand Operations, Battlefield V‘s scary big brother to the mode introduced in Battlefield 1. Grand Operations is a large-scale conflict that takes place over multiple in-game days, focusing on taking objectives and zones. It usually ends in a final stand battle to culminate the entire match. It’s genuinely thrilling, but if you’re going to play this mode, you better have the time available because it isn’t one you can cover in ten minutes. I haven’t dug into the other modes enough to reliably give my thoughts, but I will be covering them when the full review hits the site.

Finally, I want to discuss the War Stories mode, Battlefield V‘s story campaign. Continuing in the footsteps of its predecessor, War Stories has several short and intimate campaigns, showing off four portraits of soldiers in the conflict. I say four, but as of the writing of this article, only three are playable; the final one will be available for free in December. I’ve only dipped into two of the stories, Under No Flag and Nordlys, both have been really fun, although if you think you can effectively play them as stealth (which they kind of emphasize as a course of action), you’ll be disappointed. Both of the main heroes of each campaign are really cool, but I think I’m most interested in the heroine – yes, the lead is a woman – from Nordlys; Solveig is entertaining to play as, utilizing skis to traverse the snowy mountains of Norway. I’m not too far into it yet, but I can already tell it’s going to most likely be my favorite. Under No Flag is fun, played almost like an oddball action-comedy between the lead, Bridger, and his commanding officer. Some of the dialogue, as others have reported, is definitely a bit cringe-worthy at times, but I still found myself chuckling and having a good time with Bridger. The battles are thrilling, and the space you have to work with is excellent. They really allow you to handle the mission as you see fit. Want to ride in guns blazing with grenades in hand? Do it. Want to snipe from a distance and be more stealthy? You can also – kind of – do that. If you miss a shot and startle an enemy, they know EXACTLY where you are. If you shoot an explosive barrel to use as a distraction, they know exactly where you are. It kind of breaks immersion and this isn’t just part of Under No Flag, this also happens in Nordlys.

Overall, I’m having a really good time with Battlefield V, despite the controversy. First and foremost, the game is fun to play, and that’s really what I care about the most. Did you pick up Battlefield V? Are you enjoying it or did you skip it because of the outcry? Let me know in the comments below! Stay nerdy everyone!