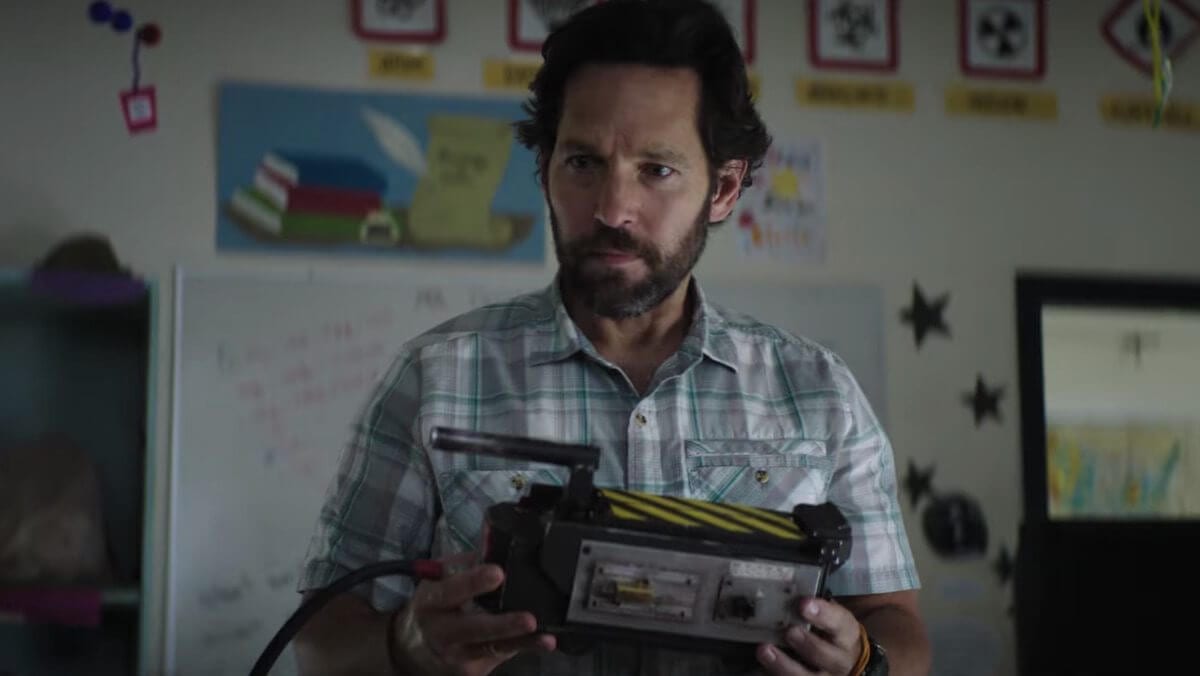 The Ghostbusters: Afterlife trailer opens with Finn Wolfhard’s character, Trevor, explaining to a new friend that his family is broke, and the only thing they have left is his grandfather’s old farmhouse. The ground mysteriously shakes, and Paul Rudd’s Mr. Grooberson explains to them what a ghost trap is and teaches the kids about what happened with the Ghostbusters in the 80s and how it was “like The Walking Dead back then” The Ghostbusters: Afterlife trailer culminates as they find the Ecto-1 and discover how it works. Instead of a comedic tone, the Ghostbusters: Afterlife trailer opts for an Amblin-style vision for the series, something that we’ve never before associated with Ghostbusters. That being said, there was plenty of fan service, from the suits to the aforementioned Ecto-1, making it clear that this is well and truly a sequel to the originals – unlike the early teasers for the 2016 version, where it wasn’t clear that it was a reboot. I really like what Reitman is going for with this film, and how he is seems to be moving the story forward – something that will be necessary if Sony wants the franchise wants to continue. I can’t wait to see what else Reitman brings us when Ghostbusters: Afterlife debuts on July 10, 2020.

Are you excited to cross the streams one more time, or do you believe they should’ve just let the franchise go? What was your favorite moment from the Ghostbusters: Afterlife trailer? Let us know in the comments and stay tuned to Geeks + Gamers for more movie news!