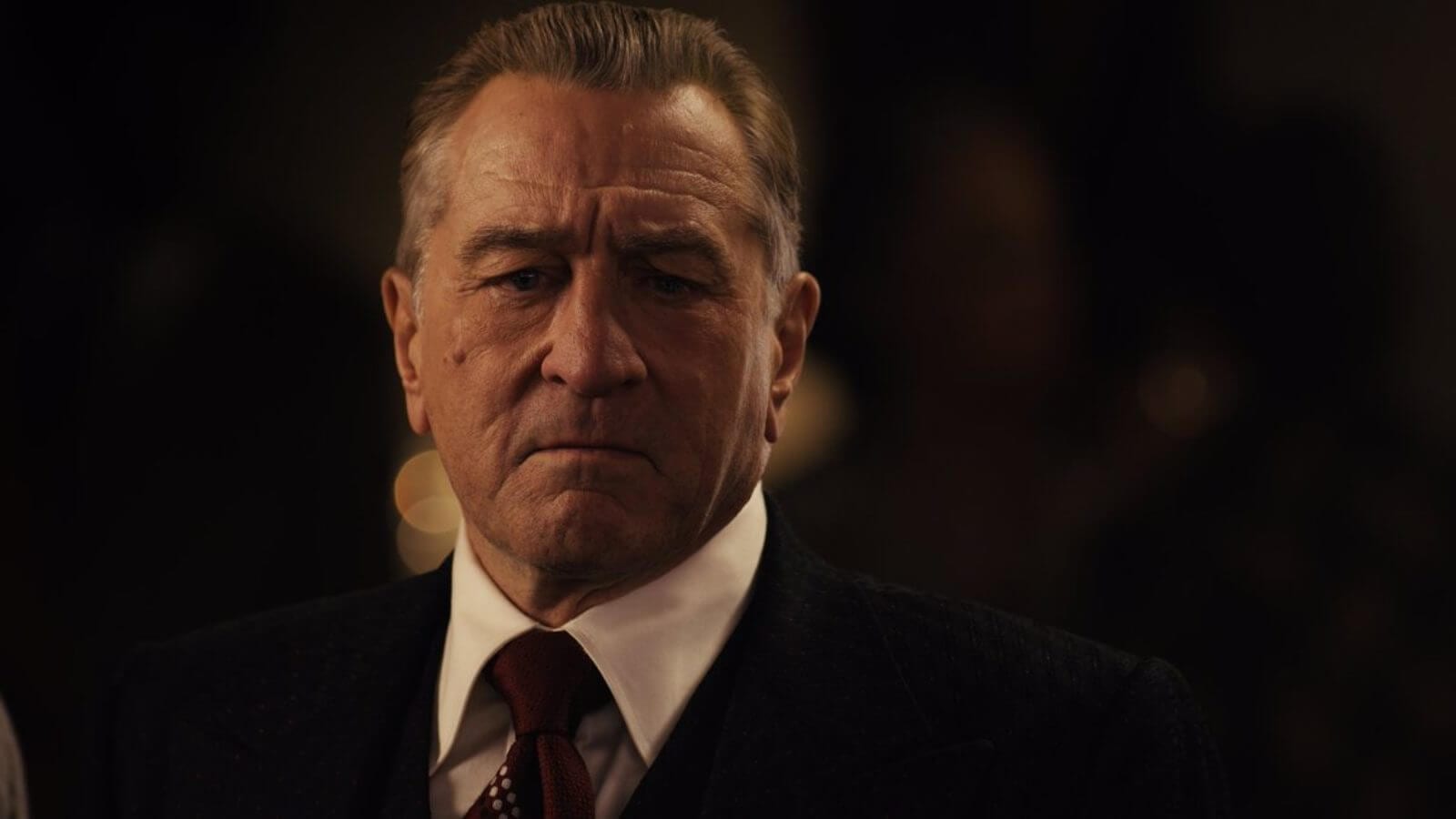 The new trailer for Martin Scorsese’s upcoming gangster epic The Irishman has arrived online. The new trailer for the film based on the book I Heard You Paint Houses, opens with Ray Romano’s Bill Bufalino having a meeting with Robert DeNiro’s Frank Sheeran. As he asks Sheeran a myriad of questions and Sheeran answers “No” to each one, the Irishman trailer cuts away after each question to him doing the opposite – a clichéd but effective technique in trailers. From there, we get to see his introduction to Mafia boss (and cousin to Bill Bufalino) Russell Bufalino, played by Joe Pesci, who brings him into the underworld and turns him into one of the most infamous hit men in history. After we get a glimpse of Sheeran in old age, the Irishman trailer once again cuts back to the conversation with Bill Bufalino, who asks if Sheeran “did it.” Sheeran only smiles in response.

This Irishman trailer was really good. While a continual conversation around the film has been the de-aging of Robert DeNiro, I have to say that it looks pretty good to me. Aside from that, I enjoyed what I saw of Romano in the trailer, as he’s seemed to be under the radar since his sitcom days, having done the underrated Men of a Certain Age and recently appeared in the Crackle adaptation of Get Shorty. That being said, I have to admit that the trailer seems to give away too much, and it almost feels as though we’ve seen the best parts of the movie. Then again, given the fact that this is a three-and-a-half-hour film, hopefully the highlights have been left out of the marketing campaign.

Does this Irishman trailer excite you or do you think they’ve wasted one too many shots at getting audiences on board? Are you glad to see Ray Romano in the film? What do you think of the CGI? Let us know in the comments and stay tuned to Geeks + Gamers for more movie news!