"The Empire is a disease that thrives in the darkness; it's strongest when we sleep." 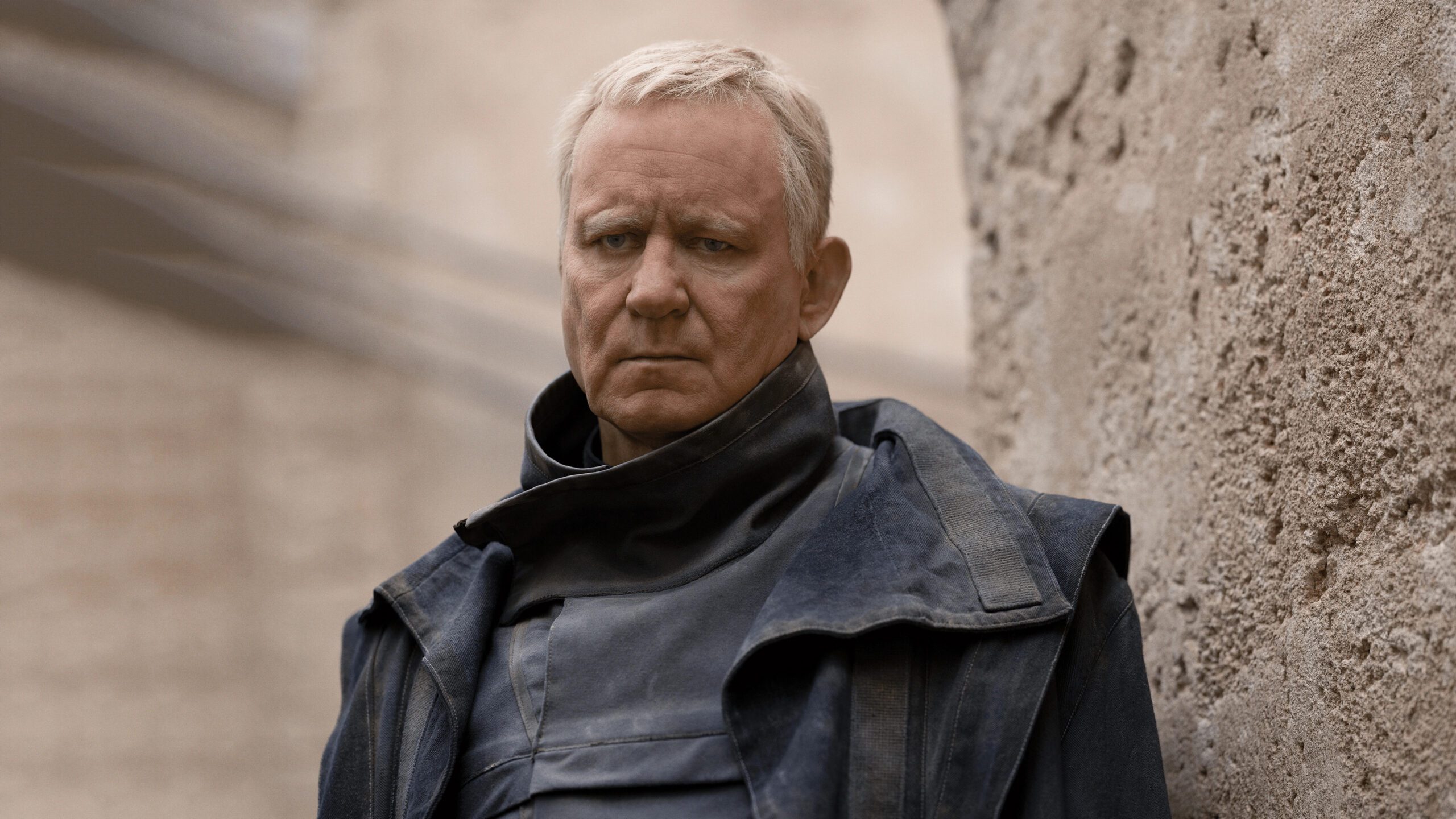 Brasso learns that Cassian is likely on his way home. Mon Mothma confronts Perrin about gambling on Coruscant. Vel joins Cinta on Ferrix. Pegla finds Cassian waiting for Bix and tells him where she is. Cassian listens to Nemik’s manifesto. Blevin talks to Mon Mothma’s driver Cloris about the couple’s troubles. Antor Creeger’s men are wiped out, angering Dedra as there are no survivors to interrogate. Brasso meets with Cassian and relays a message from his mother. Syril and Linus arrive on Ferrix. Luthen, Cinta, and Vel head to the hotel where the ISB is holding Bix. Dedra contends with her peers about whether to take Andor in alive. Bee plays a hologram of Marva. As a riot ensues, Cassian rescues Bix, and Syril saves Dedra. Cassian and Bix rendezvous with Brasso. However, Cassian stays on Ferrix as they all escape. Mon introduces Leda to Davo’s son. Cassian finds Luthen on his ship. Luthen decides to recruit him yet again rather than eliminate him. A post-credits scene reveals that the parts made in the prison on Narkina 5 comprise the Death Star. 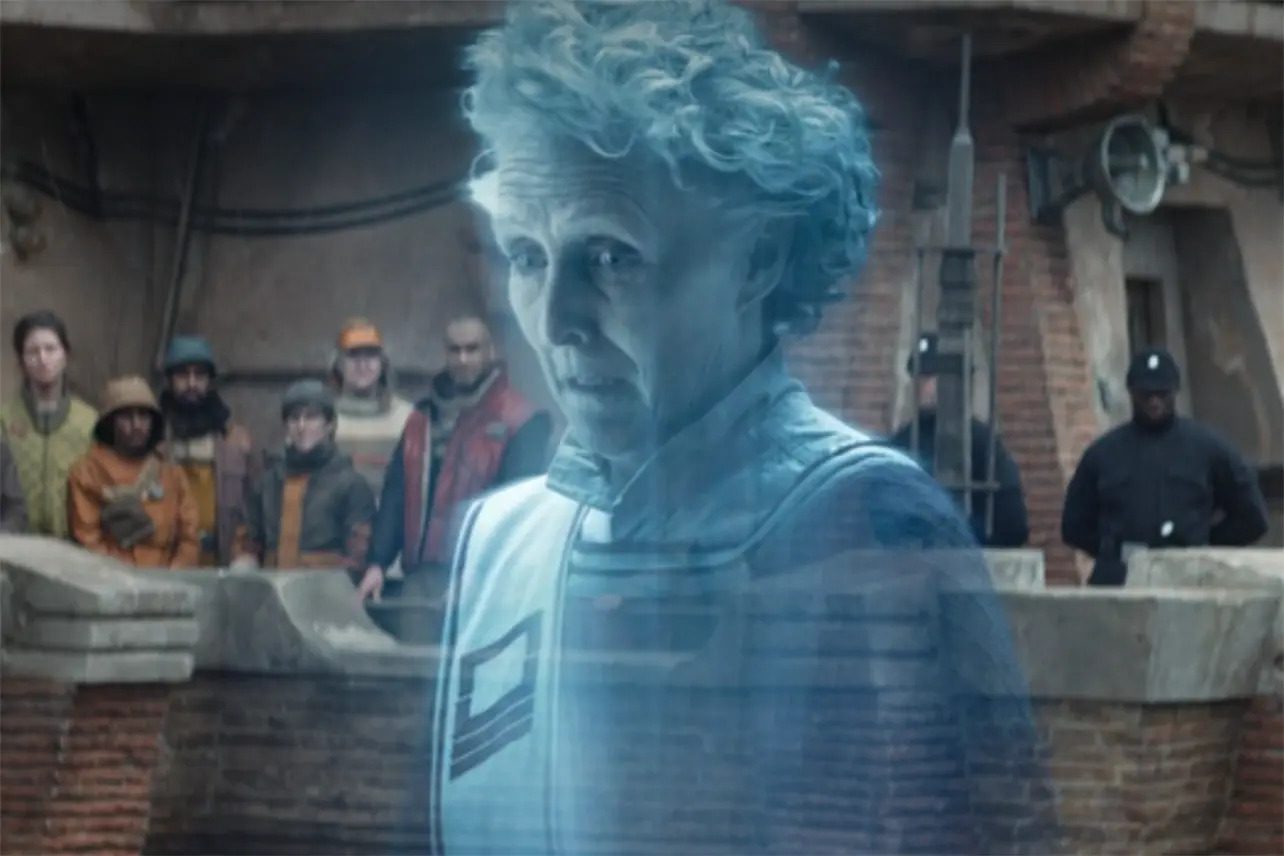 Several characters die in this episode, but I’m surprised Brasso and Cinta aren’t among them. Brasso seems to be one of the Ferrix locals closest to Cassian and has received a lot of focus, which led me to believe he wasn’t long for this world. I suspected Cinta would meet her demise in the finale because she puts the cause first, and it would motivate Vel even more. I’m glad Brasso got out alive (so far), but I don’t know what to make of Cinta. Am I the only one who thought Dedra might kiss Syril after he rescued her? It wouldn’t be in keeping with her previous treatment of him, but her shocked expression and rush to gather her thoughts gave me that feeling. Mon Mothma briefly mentions Canto Bight, the casino from The Last Jedi, when she chastises Perrin for gambling. That’s not terribly important to the story; I just found it interesting. It’s not too intrusive, but I hate it when they reference the sequels. For the most part, Andor is telling its own story, and that’s one of the reasons I’ve been enjoying it so much.

One facet of Andor I haven’t talked about enough is Nicholas Brittel’s unique original score. It’s amazing! The music has intensified throughout the season, both the theme, which slightly changes weekly, and the episodes’ underscore. I need to watch the whole thing again to check, but I don’t remember noticing the music in the first few episodes. By the time “Rix Road” rolls around, the score is like a battle cry erupting as the episode kicks off. Nicholas Britell was an interesting choice to score the show because he’s essentially the anti-Kevin Kiner, and I don’t mean that as a criticism of either composer. Kiner leans heavily into what we think of as the classic Star Wars sound. He even uses John Williams’ leitmotifs in certain episodes of The Clone Wars and Rebels, like the Imperial March when Anakin kills a man from behind. I like that approach a lot when working with legacy characters and concepts from the first two trilogies. But Brittel has a sound all his own that doesn’t even remind me of Williams or even Ludwig Goransson’s score for The Mandalorian. This works so well for a show that explores the classic themes of Star Wars in a completely fresh, exciting way. The opening theme in “Rix Road” is played over horns rather than the usual strings. This reflects the band that plays at Marva’s funeral in the episode. I applaud the attention to detail that goes into every aspect of Andor‘s production.

One of my favorite scenes in this episode comes in Cassian’s flashback just before Pegla comes across him. I like the little we’ve learned of his adopted father, Marva’s husband, Clem. I wish we knew more about him, but I get that isn’t the point, and this show is already stuffed with characters and context. Anyway, this was a simple enough conversation. Clem cleans and fixes up old parts and tells Cassian they’ve been discontinued because the manufacturer would rather sell people a whole new system. And of course, the new version is more expensive. This felt so real because we see it all the time in our own world, whether it’s cars or vacuum cleaners. Clem made his way by fixing broken things other people would just replace. In the hologram at the end, Marva also says she was six years old when she first experienced the custom of bricking. This is where a dead Ferrix resident is cast into a brick, a literal building block of the community. This parallels Cassian’s line in Rogue One that “[he’s] been in this fight since [he] was 6 years old”. Again, this doesn’t matter much to the story, but it’s interesting and fleshes out the characters. I like it. This is the kind of detail shows like Book of Boba Fett and Obi-Wan Kenobi couldn’t be bothered with.

I feel awful for Bix. It’s good that she ultimately escaped and Cassian came for her, but her lover is dead, and she’s forever changed. Her body language shows that her mind is broken, and I hope we see her in season 2. I hate to put it this way, but I want to see the long-term consequences of her ordeal. Speaking of Bix, Dedra should have known to have her watched during the funeral. If I have one problem with “Rix Road,” it’s this. The characters in this show are smarter than this, especially Dedra.

The funeral procession for Marva, her hologram message, and the ensuing riot are magnificent. This entire segment of the episode is perfect. I think this is my favorite performance from Fiona Shaw in this show, and that’s saying something because she’s been spectacular in a couple of small appearances this season. You can feel how she’s inspiring the people of Ferrix to fight back. I wonder if Dedra thinks her experiment was worth it now, with so many dead on both sides. Another thing I noticed in “Rix Road” and a couple of previous episodes concerns Vel and Cinta’s relationship. Vel is always worried about Cinta; she’s always, always her primary concern. But Cinta puts the cause before anything else, and at times, their relationship seems like an afterthought to her. I find this interesting and realistic (people have different priorities) but also very sad.

“Rix Road” is an excellent episode, bringing all of the season’s conflict to a head and setting season 2 up nicely. My only real concern is with the fact that nobody thought to surveil Bix while the funeral was happening.

"Rix Road" is an excellent episode, bringing all of the season's conflict to a head and setting season 2 up nicely. My only real concern is with the fact that nobody thought to surveil Bix while the funeral was happening.