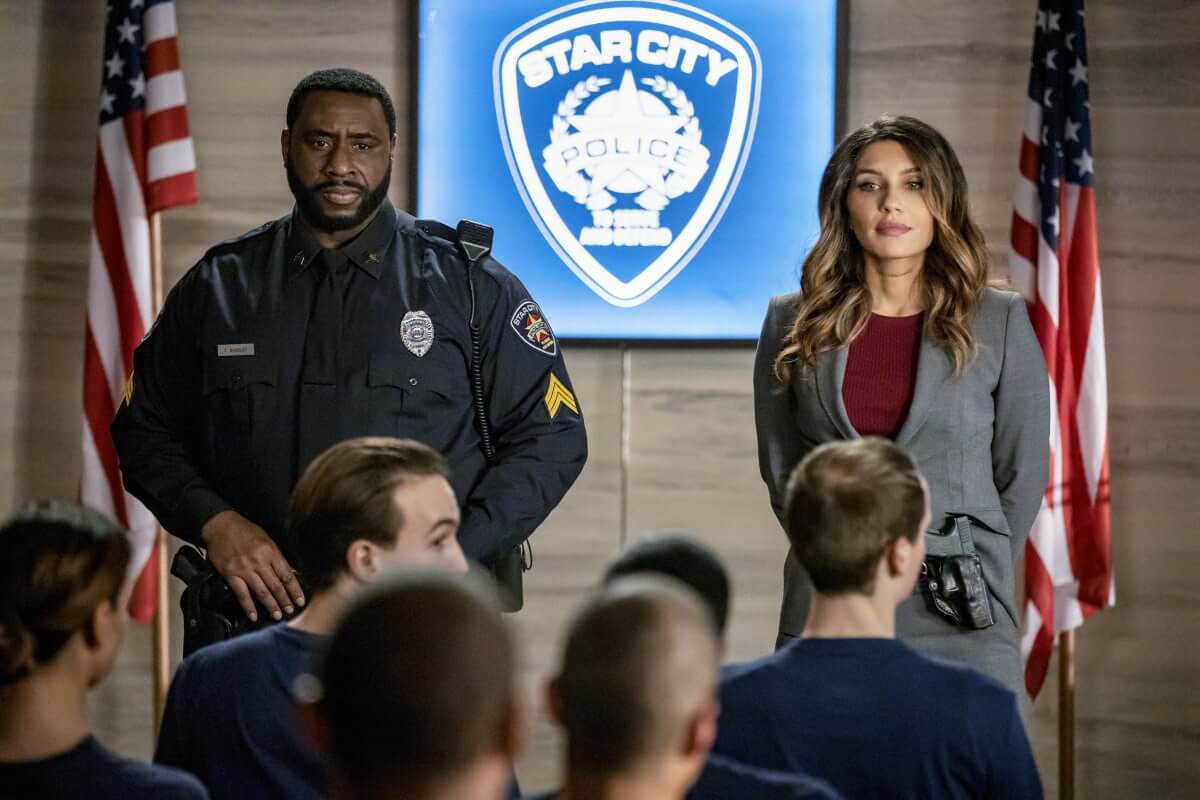 It’s “Training Day” for our heroes this week on Arrow. The members of Team Arrow, now sanctioned by Mayor Pollard – albeit provisionally – are learning the ins and outs of how to do things the “right” way, according to the standard operating procedures of the law enforcement rule book. Those ins and outs also come with ups and downs, as they quickly discover that this partnership with Star City’s men and women in blue might be a little less straightforward than they had first surmised. Out of the gate, their usual arsenal and uniforms are out of the question, and they are forced to wear SCPD SWAT attire. The headaches are far from aesthetic, however, as in-field operations are awash with new rules and procedures that don’t exactly cooperate well with Team Arrow’s usual playbook. Additionally, Oliver’s propensity for calling the shots in the field is quickly presented as a problem, and the team receives a thorough barking at from the SCPD lieutenant, who is less than pleased with Oliver’s audible calls mid-mission (though he could have stood to be a little more grateful, seeing as the Green Arrow’s actions resulted in officers’ lives being saved). Oliver and Felicity decide not to tell anyone about the baby until things have quieted down a bit more, and they exchange name ideas. It is here that we first hear the “Mia” name-drop. Flash-forward to the future timeline, and we see newly united siblings William and Mia teaming up and going to Star City’s underground in order to procure a mini-cassette player so they can listen to the recording left behind for them by their mother.

The team faces an interesting dichotomy in “Training Day,” what with their wanting to make good on their newfound partnership with Star City’s finest while also wanting to get the job done the most efficient way – which is most certainly not the way that law enforcement does things. “By the book” is not always synonymous with “fast” or “efficient,” as the team quickly learn with increasing frustration. At the top of the episode, Oliver is the most determined to make this work and believes that it is, in fact, what is best for not only the city as a whole but, more specifically, for the future of his and Felicity’s family. But that seems to change not long after the city’s miles of red tape inhibit him and his team from doing their jobs efficiently. The ensuing frustration and impatience with this cause Ollie to lone-wolf a mission to drag a confession out of the head of a medical corporation that has been selling vats of a chemical used in treating chemo patients to gang members in the form of deadly poisonous ammunition. The Green Arrow snags the confession and brings the suspect in, but the corrupt businessman’s connections with Mayor Pollard get him cleared and earn Oliver a stiff talking to. His and Felicity’s irritation with the current arrangement rises, and they get the old bunker (to which Overwatch has clearly given a new paint job, and glass, and tech, and… yeah, everything needed to be replaced) up and running with the intent of putting the band back together and tackling this mission in the classic Team Arrow way. After learning of Felicity’s pregnancy, however, Diggle implores the husband and wife team to give the SCPD arrangement the old college try, which, with some modifications, turns out beautifully. Team Arrow ends up getting to keep their partnership while now retaining the benefit of operating out of the bunker, and even with their accustomed-to gear.

“Training Day” feels a lot more like classic Arrow than anything else has this season, and that felt like a breath of fresh air, to be perfectly honest. Rene’s one-liners, while the quality of an episode can hardly be attributed to solely that, are great fun and keep the tone much lighter than the majority of this season’s airtime thus far. The story is as straightforward as an episode of Arrow can get, although it does present some interesting setup for weeks to come. One such breadcrumb is Laurel learning that it was Emiko who killed Ricardo Diaz, via information from Bronze Tiger in exchange for getting face-time with his little boy in his cell. Also, Emiko calls the DA’s bluff by dropping her real moniker, “Black Siren.” It is kind of adorable to see Oliver and Felicity fawn over baby names, as much as the comic book continuity stickler in me is screaming, and Felicity’s lines regarding her cravings and nausea are well-placed and funny as well. The chemistry between William and Mia works well on screen, but it’s odd how quickly they became so buddy-buddy and are so willing to work together; it seems less like tolerating one another and more like actual sibling cooperation, which feels a bit off given how just a short time ago they were at each other’s throats (well, maybe that was a little one-sided, but you get the point).

There was no mention of Dante at all in “Training Day,” which is strange given that just last week we finally met him and the team had their collective tuckus handed to them when facing him. In that way, “Training Day” feels disjointed from the rest of the season, and it could almost be a standalone airing outside of Oliver’s release from Slabside. Moreover, the action sequences are uncommonly weak, which is not something I expected to see out of the show given the overall quality and consistency of the action sequences this season. Despite these few things missing their target, “Training Day” is quite enjoyable. I’d actually like to see the rest of the season sprinkle in some more episodes with this sort of pacing and tone, as it’s likely going to be necessary to balance it with the coming conflict with Dante and whatever he’s up to.

A fun experience, despite lackluster action sequences and a questionable lack of Dante-talk, "Training Day" felt like classic Arrow entertainment.