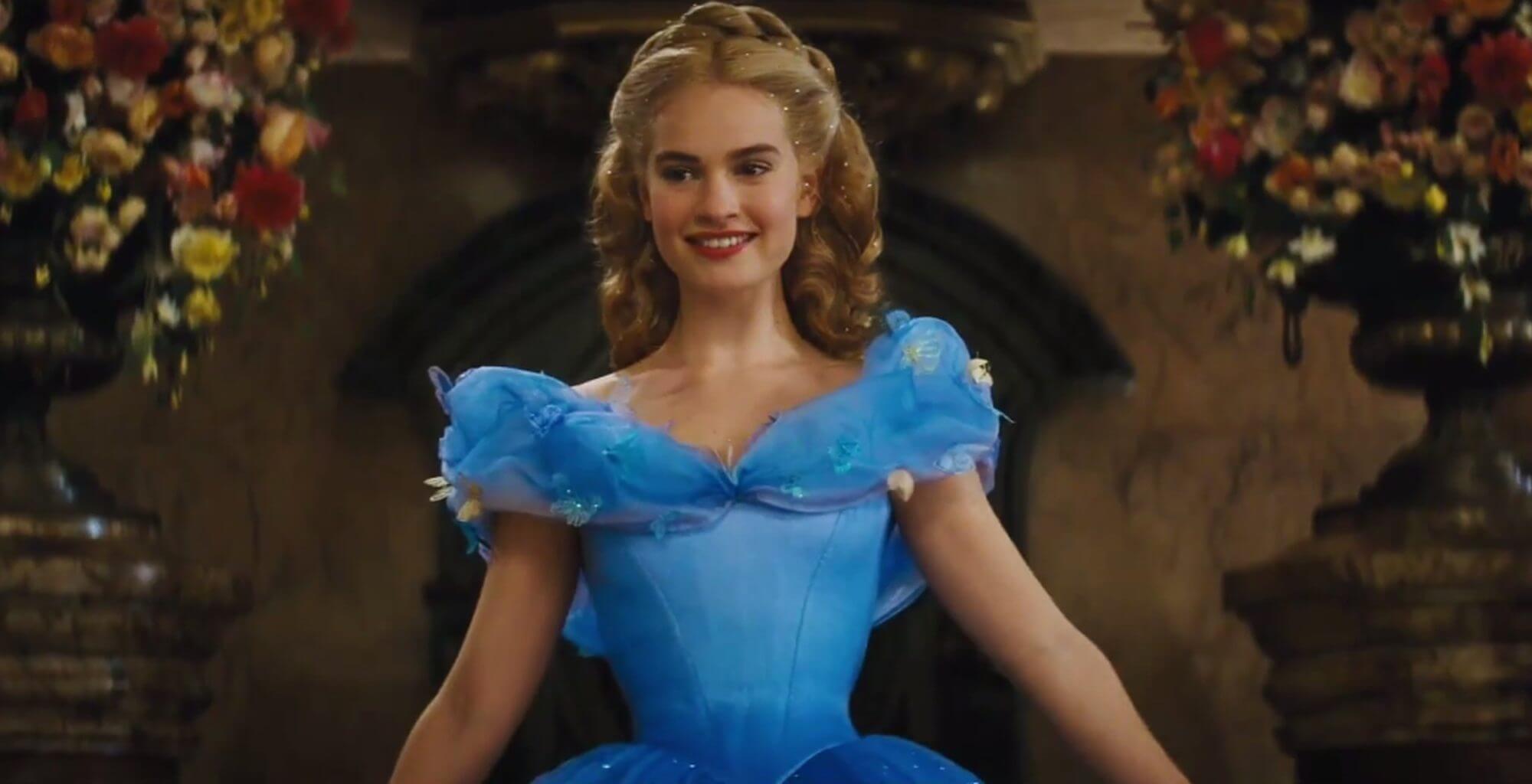 Last month, Disney released The Lion King, their latest and cash-grabbiest live-action remake. With this in mind, I’d like to take a look back at my personal favorite product of this trend, 2015’s Cinderella. Although the film opened to a strong box office and mostly positive reviews, it has since all but dropped off the radar. However, in addition to being my favorite Disney live-action remake, this is one of my favorite Disney movies, and movies in general. Whenever the remake train receives (mostly justified) criticism, I tend to think of this one as more of an outlier. Let’s dig in.

In my opinion, plot is the least important element in any film adaptation of the Cinderella fairy tale. If you’ve seen any version, or even if you haven’t, at this point, it’s likely you know the basic story beats. Kenneth Branagh’s Cinderella begins with a young Ella living in a dreamlike childhood with her loving parents (Hayley Atwell and Ben Chaplin). Ella’s happiness is interrupted by the untimely passing of her mother, and sometime later, her father decides to seek out a new wife. Lady Tremaine (Cate Blanchett) and her daughters Anastasia (Holliday Grainger) and Drizella (Sophie McShera) seem nice enough at first. However, after Ella’s father dies while away at work, they become abusive and dismissive of her, treating her more like a slave than a family member. It’ll take a miracle to save the young girl from her dire circumstances, and her Fairy Godmother (Helena Bonham Carter) may have just the trick. Creating a beautiful gown and disguising the girl from her stepfamily, the fairy sends Ella to the Prince’s Ball. However, Ella’s family quickly discovers what’s happened. Will true love, magic, and kindness win the day?

This almost goes without saying when you have Kenneth Branagh directing, but this film’s visuals are absolutely delicious. Every aspect, from the cinematography to make-up and costumes, is meticulously crafted. Cinderella teems with color and sound so that you really feel like you’re there. I think the reason Branagh is so versatile in terms of genre and tone is the respect he always gives his source material. Whether he’s working with Shakespeare, comic books, Mary Shelley, or classic fairy tales, there’s a sincerity to his stories and depth in the characters that really pulls you in. Out of the recent Disney remakes, Cinderella stands out in my mind because it feels like it was made by a director and his team who had a shared vision, rather than a copy-paste formula from corporate. The original score by Patrick Doyle is also fantastic, and the film’s end credits feature versions of classic songs from the animated movie performed by the new actors. I think this was a nice touch, as opposed to forcing them into the film like The Jungle Book.

The acting in Cinderella is incredible. I was thrilled to see several familiar faces from Downton Abbey and Game of Thrones, as well as Holliday Grainger from The Borgias. However, these actors and the ones I didn’t know all excel because they really become their characters. Watching Cinderella, it’s so easy to forget these are even actors re-telling a familiar story. Everyone is really great in this film, and it introduced me to Lily James, now one of my favorites. I also think Cate Blanchett really shines as Cinderella’s Stepmother. I always liked Lady Tremaine in the animated film; she’s pretty but menacing, quiet but stern. At times she seems like any other older woman, but the glare she gives Cinderella is lethal. However, I applaud Blanchett for adding something new to an already menacing, interesting villain. I never thought I would feel sorry for Cinderella’s Stepmother, but as usual, Blanchett delivers. There are two times in this film when I really felt for this character and almost wanted some kind of redemption for her, but ultimately, that would be silly. It’s not her story, and good people simply don’t treat others this way. Cinderella is a more straightforward character, but Lily James is terrific in the part. Her beliefs are steadfast and her emotions tangible. The animated film is a classic, but this is the first time I’ve felt so deeply for the character of Cinderella. Really, though, the masterpiece in this film is Kit and his relationships with Ella and his father, the King. I think that almost anyone would agree that Prince Charming is essentially a prop or prize for Cinderella in most versions of the tale. Not only is Richard Madden infinitely likable in this film, but we get some insight into the kind of King he wants to be and what his father (Derek Jacobi) expects of him. Unlike this year’s Lion King remake, the politics at play in Cinderella exist to develop its characters further, rather than to pad the runtime or make the film seem more adult. Two of my favorite moments in this film are Kit’s first time meeting Ella (not at the ball; more along the lines of Aurora encountering Philip in the woods in Sleeping Beauty) and his final scene with the King.

I went to see Cinderella because they were playing the short film “Frozen Fever” before it, but found myself crying with these characters and cheering for them. Unlike most of the Disney remakes, Cinderella manages to add complexity to characters and relationships without diminishing what’s already there. In fact, one of the best things about this film is that it has the spirit of the original but mostly does its own thing. If all or most of the remakes were like this, I think people wouldn’t be nearly as bothered by them. I’d take one Cinderella over ten of Beauty and the Beasts/Lion King/Aladdin any day. If anything, I would have made it even less like the animated version by removing the mice, but that’s really nitpicking. One common complaint I’ve heard about this film is that it’s overly traditional, both in its approach to gender roles and lack of changes to the source material. However, I couldn’t possibly disagree more. This film’s familiar, traditional trappings are like a cool breeze among the sweaty sauna of revisionist remakes this decade. 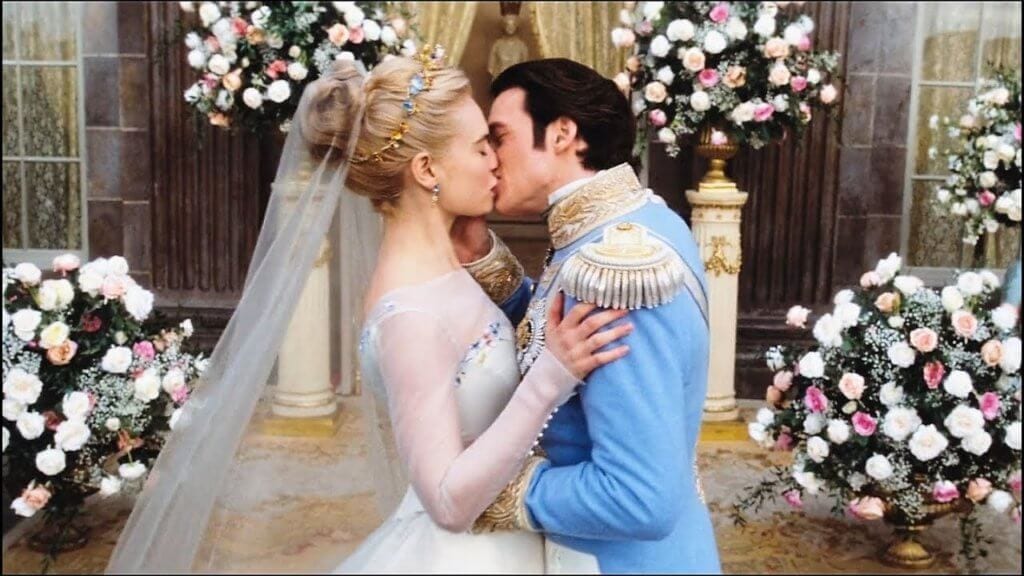 As for gender roles and Cinderella’s rescue, to me, this is just part of the story. Cinderella isn’t Xena: Warrior Princess, and I find it perplexing that some people would seemingly have her be. One thing I’ve always loved about Disney happens to be something I think others tend to miss. Not only do most Disney movies star female characters, but they’re wildly different from one another. Cinderella is very dissimilar from Belle, who is herself worlds away from Tiana, and they’re all totally different from the timid Jane or the sensual Esmeralda. You have warriors like Kida and Mulan, chief-to-be Moana, and the scrappy-but-determined Eilonwy. In my opinion, one type of female character isn’t good and others bad. Variety is the spice of life, after all.

Overall, 2015’s Cinderella is my favorite version of the story and one of my favorite movies period. The acting, visuals, music, and dialogue are all pitch-perfect, and perceived plot issues seem to me more like traditional trappings of the genre. If you haven’t seen Kenneth Branagh’s Cinderella, I would recommend whole-heartedly that you check it out at the next availability.

Cinderella is one of Disney's best remakes but also a great film in its own right. The film's technical aspects are always on point but more importantly, its heart is in the right place.