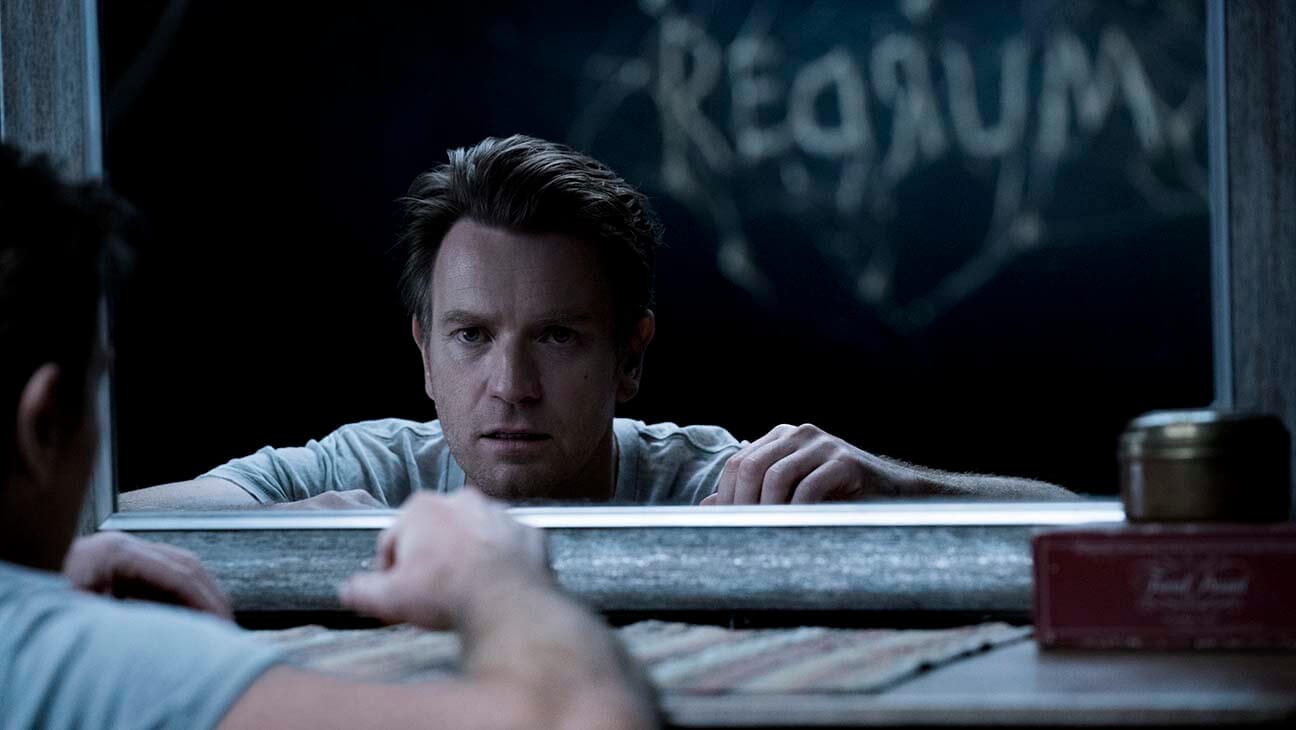 Crafting a sequel to one of the best and most beloved horror stories that ever was is a daunting prospect. The Shining is considered one of the scariest movies and books of all time, and while the novel is relatively straightforward, the film is full of ambiguity, and many of the ghostly happenings are open to interpretation. As such, it can be argued that Doctor Sleep could have gone wrong in more ways as a movie than as a book. As such, I was relieved to find that Mike Flanagan (who isn’t a Stranger to Stephen King adaptations) pulled off this continuation of the Torrance story with astonishing success. Doctor Sleep is an exquisite follow-up to The Shining, managing to be scary and heartfelt, being a new story while honoring the one that birthed it.

After escaping the Overlook Hotel with his mother, little Danny Torrance has grown up to be Dan Torrance, an alcoholic drifter taking on some of his father’s lesser traits. But he still shines, and as he starts to put his life back on track (as a hospice orderly the patients dub “Doctor Sleep”), he meets Abra, a little girl who also has the shining, and has it as strong as Dan does. When a group of powerful creatures set their sights on Abra, Dan must confront the demons of his past and help this child survive a harsh world only he knows exists.

To prepare for Doctor Sleep, I read the book as my Halloween October read this year.  I enjoyed it very much and hoped for certain things from the film, which it delivers in even more satisfying ways than I could have imagined. If the book is a sequel to Stephen King’s version of The Shining, the movie is a sequel to Stanley Kubrick’s, and that’s just as it should be. Doctor Sleep invokes The Shining in lots of ways, in its storytelling as well as in its technical filmmaking; I won’t give anything away (there isn’t a movie jail harsh enough for anyone who ruins this film’s secrets), but there are many references and callbacks to Kubrick’s classic, and none of them feel gratuitous or out of place. In both its resemblance to The Shining as well as its distinct visual flourishes, Mike Flanagan’s filmmaking is superb. Long shots build tension and establish space expertly, allowing the audience to observe the happenings rather than assaulting them with cheap, relentless cutting. Flanagan has a very assured hand, knowing exactly how and where he wants his camera to move, and the result is some gorgeous cinematography. The music accompanying the visuals does the same, both evoking The Shining and cutting its own path, and it’s haunting and effective as it draws you into Dan’s world once more. Doctor Sleep is one of those movies you could watch without the dialogue and just bask in the visual and musical splendor.

Fortunately, the plot is compelling as well. Doctor Sleep presents Dan Torrance’s story as a meditation on struggling not to become our parents, of the cycle of addiction, and of confronting the terrible pasts we’ve spent our lives trying to escape. Abra represents the next generation, and how we make the world better by making our children better; as we eschew some of the mistakes our moms and dads made, we can help the young avoid our own. The True Knot, the villainous band of itinerant soul-suckers, are the modern problems the kids face, a sort of updated version of those from our childhoods (the ghosts from the Overlook); they’re at once different from and the same as what terrorized Dan – think schoolyard bullies evolving into Twitter trolls – and he can teach Abra how to overcome them. As a horror film, Doctor Sleep is scary and unsettling, with an atmosphere of dread that, while not as horrifying as that of The Shining, is consistently unsettling. In terms of the book, the movie is about as different as Kubrick’s The Shining was from King’s, so even if you’ve read the novel, there are plenty of surprises. Some changes are for the worse (why bother getting Bruce Greenwood to play Dr. John if he’s going to be in the film for about three minutes?), some are better (I prefer the climax in the movie, which is stunning), but mostly, they’re just different interpretations of Doctor Sleep. 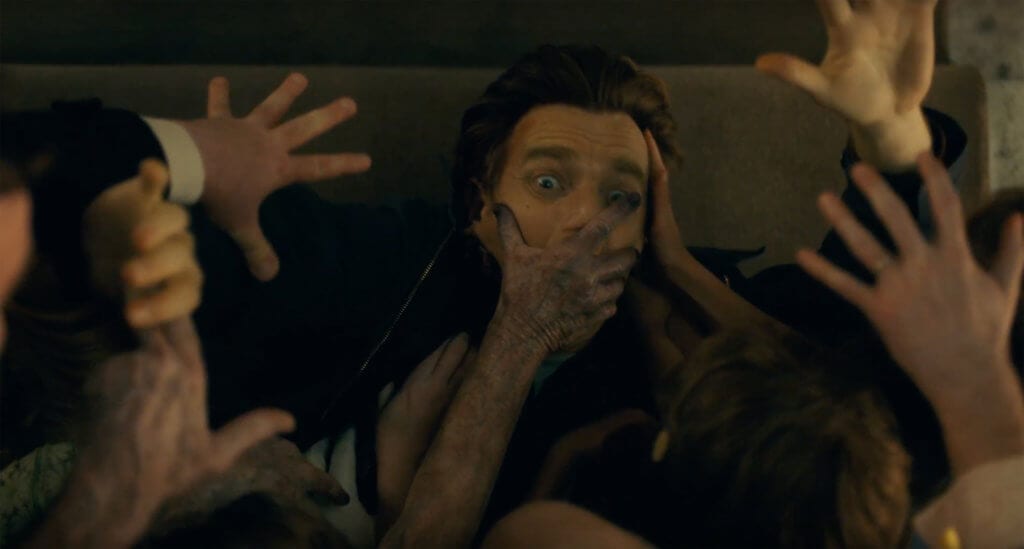 The actors sell the story as much as the direction. No one need be told how terrific Ewan McGregor is, and he delivers another excellent performance as Dan Torrance. His Dan feels like a haunted man, always having the pain and fear with which the Overlook left him in his eyes, even when on a drinking binge. There are clever details MacGregor brings to the performance as well; for example, he speaks with just a slight rasp, the way a recovering alcoholic might after years of hard drinking. Equally good is newcomer Kyliegh Curran as Abra, the little girl who has to grow up faster than any child should. She captures the lighthearted fun Abra had in the book, and she talks in a speedy conversational style when relaying important information, just like a girl her age would. She also conveys Abra’s sadistic streak (something of which I wish the movie made more) and her desire to punish evil. She and McGregor bounce off each other well, and Abra drawing out Dan’s conscience and protective instinct feels natural because of their ease with each other. Rebecca Ferguson plays the third main character, Rose the Hat, leader of the True Knot, and she’s wonderful, at turns creepy, seductive, and more human than you would think a monster like Rose would seem. In the few movies in which I’d previously seen her, Ferguson was fine, but nothing spectacular; in Doctor Sleep, she comes alive and is a villain worthy of these protagonists and this world. Unlike the book, the movie is a three-person show, with most of the other characters playing smaller roles, combined with others, or simply excised.  Cliff Curtis is the only one of real consequence, and he communicates the warmth and loyalty of Billy Freeman with little screentime.  I don’t want to say much about some of the minor characters, but they’re all well cast too.

Doctor Sleep is a joyous success, a satisfying continuation of the journey Danny Torrance began in The Shining, and an unsettling horror movie in itself. The camerawork and music are exceptional, the acting is superb, and the story fits well with its predecessor. It’s a shame this movie isn’t being released for Halloween, and moviegoers have to settle for that killer app movie; Doctor Sleep would’ve been the perfect spine-tingler for All Hallows’ Eve.

Doctor Sleep is a joyous success, a satisfying continuation of the journey Danny Torrance began in The Shining, and an unsettling horror movie in itself. The camerawork and music are exceptional, the acting is superb, and the story fits well with its predecessor.