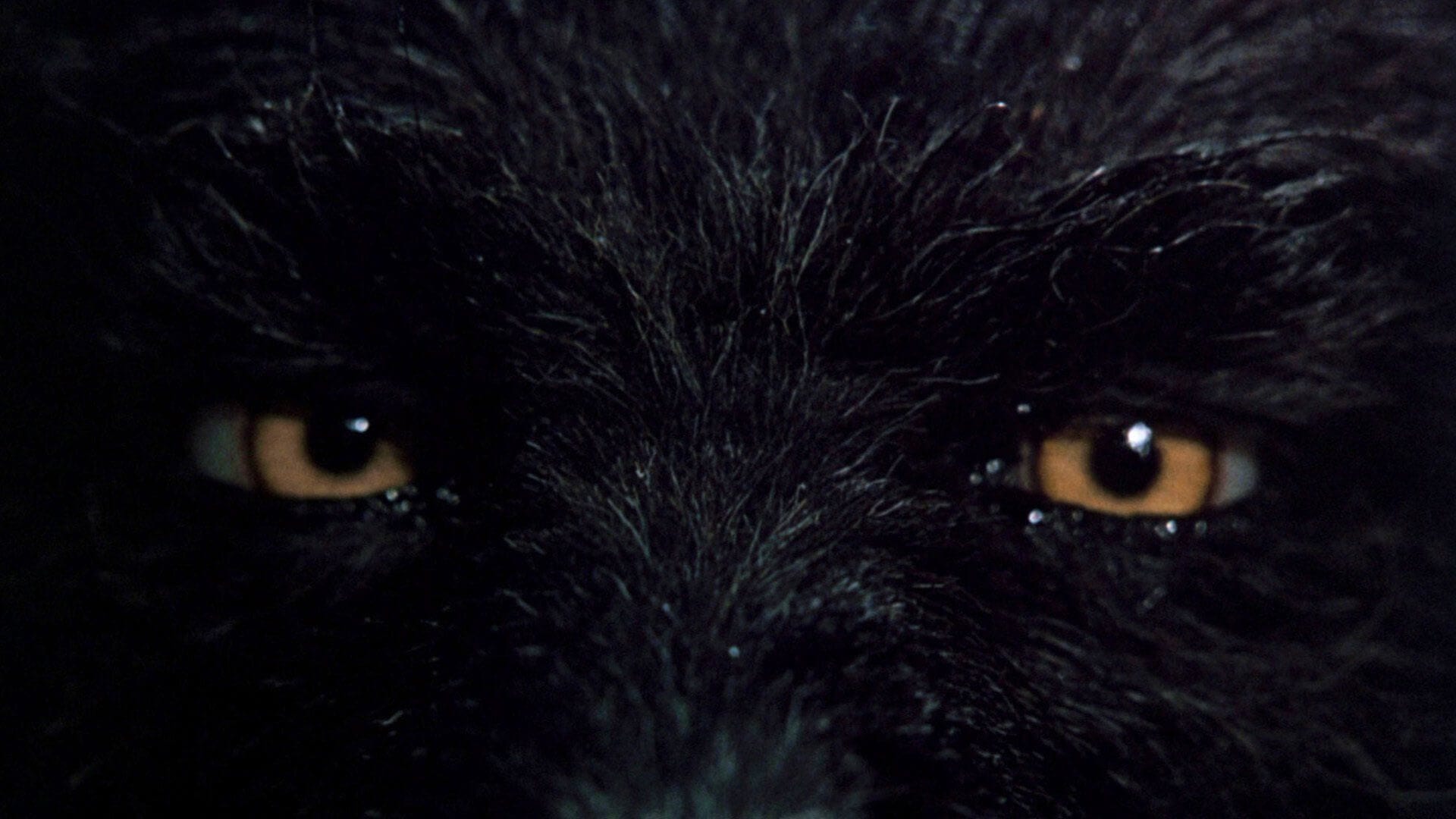 Halloween is here, and one of the best ways to celebrate is with a movie marathon. Everyone has their own playlist, and certain titles get a lot of traction, including the slasher classic named after the holiday. Personally, I like to change things up every year. While I’ve got a few I always try to fit in, I seek out movies I’ve never seen before – which isn’t difficult, as I’m not the biggest horror fan out there. So, if you’re feeling adventurous this year or just want a break from Messrs. Myers and Krueger, here are some good Halloween movies that don’t get mentioned as often as some of the greats (in chronological order).

“You watched over him until he was permitted to die. Well, now I want to die to. Won’t you show me the way? “

Resurrected four years after his death in The Wolf Man, Lawrence Talbot continues his murder spree as a werewolf. With help from Maleva, the Gypsy woman, he seeks out Dr. Frankenstein to help him die for good. The mad scientist perished in a fire, but Talbot finds his daughter Elsa, as well as Frankenstein’s Monster, reanimated as well and cutting his own swath of terror.

Many film fans correctly point out that the Universal Monsters belonged to a shared universe decades before the MCU existed, and Frankenstein Meets the Wolf Man is the first indication that all the movies are connected. Picking up after each titular character’s solo exploits, Frankenstein Meets the Wolf Man promised a throwdown between the beasts. But what makes the film so creepy isn’t either of the horror icons; it’s the seeming celebration of death that permeates the story. Upon learning that he’s cheated death, Larry Talbot is despondent, fearing there is no escape from his murderous sojourns into lycanthropy. He’s determined to find a way to die, and for good this time, to end the pain of his curse. Lon Chaney Jr. is brilliant in his performance, desperately seeking death the way a starving man might beg for food, and he’s so earnest, his eyes so full of torment, that you wish him to succeed, despite loving him. The supporting cast is great too, particularly the wonderful Maria Ouspenskaya as Maleva the Gyspy. While everyone else is disturbed by Talbot’s longing for death, Maleva understands all too well, and her assistance feels like an act of compassion. The biggest misstep is the casting of Frankenstein’s Monster; Bela Lugosi, so legendary as Dracula, is miscast as science’s most infamous abomination, with theatrical gestures and movements that just don’t work. But that’s small potatoes next to the rest of the movie. The Festival of the New Wine scene alone makes this worth a watch.

In the town of Eastwick, Rhode Island, three best friends who’ve lost their husbands under different circumstances begin to come alive once again when they’re romanced by a mysterious stranger. As they slowly discover their own latent magical power, they realize that their new beau may not be as heaven-sent as they thought.

Remember when a female empowerment story didn’t have to be a sanctimonious lecture? The Witches of Eastwick is a fun, sexy movie about the titular trio finding strength in each other as opposed to assigning their self-worth to their romantic relationships. The supernatural elements are more an undercurrent than the main show, popping up here and there, always in service to this theme. Cher, Susan Sarandon, and Michelle Pfeiffer feel like natural friends despite their characters’ distinct personalities; Sarandon has the best transformation of them all, going from mousy reserve to ostentatious sensuality, the power she’d always had finally set free and eclipsing the naughtiness of her more extroverted friends. And, of course, Jack Nicholson is beyond perfect as Daryl Van Horne, the tempter who draws them out like budding flowers. It’s pretty clear early on that Van Horne is the Devil, and he appears here as a male feminist, telling ladies what they want to hear to make them his willing slaves. With his arched eyebrows and wicked grin, Jack was born to play this role, and he doesn’t for a second disappoint. If you’re Netflix and chilling this Halloween, The Witches of Eastwick isn’t a bad choice of flick (though it won’t technically be “Netflix,” since it isn’t available on the streaming service).

“The demon wolf is not evil, unless the man he has bitten is evil. And it feels good to be a wolf, doesn’t it?”

Will Randall, editor-in-chief of a publishing house, is bitten by a big wolf while driving along an icy road in Vermont (which no one believes, as wolves aren’t indigenous to New England). He soon grows extra hair, spooks horses with his very presence, and takes charge of his formerly passive life.

Wolf is more a drama than a horror movie (until the last third, anyway). Take out the werewolf element and the story of a man reinvigorated as he faces the end of his career still holds together. But werewolves are cool, and Wolf is thematically consistent with the unrestrained id lycanthropy triggers. What makes Wolf stand out among its peers is that it casts becoming a werewolf in a positive light. Will Randall’s life improves markedly after his wolf bite, both professionally and personally; imagine arguing that manning up is a good thing. The acting is superb, with Jack Nicholson shifting seamlessly from a harried suit being pushed into irrelevance to a cutthroat predator finally living his best life. Michelle Pfeiffer combines strength and vulnerability as an aimless heiress fascinated with Randall, and the two share excellent chemistry. James Spader perfectly embodies the insufferable corporate creep who’d sell out his own mother for a promotion. The fun werewolf action comes late in the film, but the buildup is at least as compelling.

“The next time you unleash an ancient demon, call that Buffy chick.”

When a teenager named Jeff accidentally unleashes Guan Di, the Chinese demon god of war and bean curd, upon the town of Gold Lick, Oregon, he convinces the rest of the townsfolk to bring in his hero, B-movie king Bruce Campbell, to save them. But the real Bruce is a far cry from the heroic characters he plays on the screen.

Much like Kevin Smith’s later View Askew films, My Name is Bruce only fully works for fans of Bruce Campbell, particularly his better-known movies. Moreover, it’s a celebration of Bruce’s fans, and fans in general, arguing that they are what make their icons heroes. Director Bruce Campbell paints a particularly unflattering picture of himself: this Bruce is selfish, arrogant, dismissive of his fans, and, when it comes time to man up and fight the bad guy, an incompetent coward. It’s obviously a caricature of a narcissistic movie star, but Campbell is a hell of a sport for playing this version of himself. Favoring comedy over scares, My Name is Bruce delivers rapid-fire laughs, thanks largely to the efforts (though he makes it look effortless) of the relentlessly charming Campbell. There are lots of references to his other movies too, especially the Evil Dead series; aside from Ted Raimi in multiple roles, Campbell’s ex-wife is played by The Evil Dead’s Ellen Sandweiss (and both characters are names Cheryl), with other series actors turning up as well. If you love Bruce Campbell, you’ll have a great time; My Name is Bruce is the perfect capper to a Halloween Evil Dead marathon (and Bubba Ho-Tep; everybody liked Bubba Ho-Tep).

“You just fucked with the wrong virgin.”

On the anniversary of her actress mother’s death, Max attends a screening of the movie for which she was best known: an 80s slasher flick called Camp Bloodbath. But when the theater catches on fire, Max and her friends get sucked into the movie. Now, Max has a second chance to save her mother, this time from a masked killer with a machete.

One part spoof of the slasher subgenre, one part tearjerker, The Final Girls is a heartfelt examination of grief and parenthood wrapped in the alluring package of an homage to movies like Friday the 13th (replete with the infamous music from that seminal horror film). It takes the Last Action Hero hook of entering a movie and milks laughs out of the tropes of slashers, but always with genuine love. The low-budget look and effects actually enhance the narrative, making it feel like the characters really are trapped in a movie from a bygone era. The acting from Malin Akerman and Taissa Farmiga is superb, and the two have a rapport that sells them as a carefree mother and the daughter who takes care of her. Adam Devine and Angela Trimbur get the biggest laughs as the horny jerk and the sex maniac from the movie-within-a-movie, and Nina Dobrev has a few surprising moments of vulnerability as Max’s former friend and current rival. The Final Girls is a movie that deserved much more than it got (it played in one theater in Manhattan for one day during its theatrical run; meanwhile, that awful-looking killer app movie is this year’s big Halloween release), and it needs all the help it can get to make sure it isn’t forgotten.

Have you seen any or all of these films? What’s your Halloween movie playlist look like this year? Am I the only one annoyed that no streaming service seems to have Ernest Scared Stupid? Let us know in the comments and stick around Geeks + Gamers for more spooky Halloween fun!