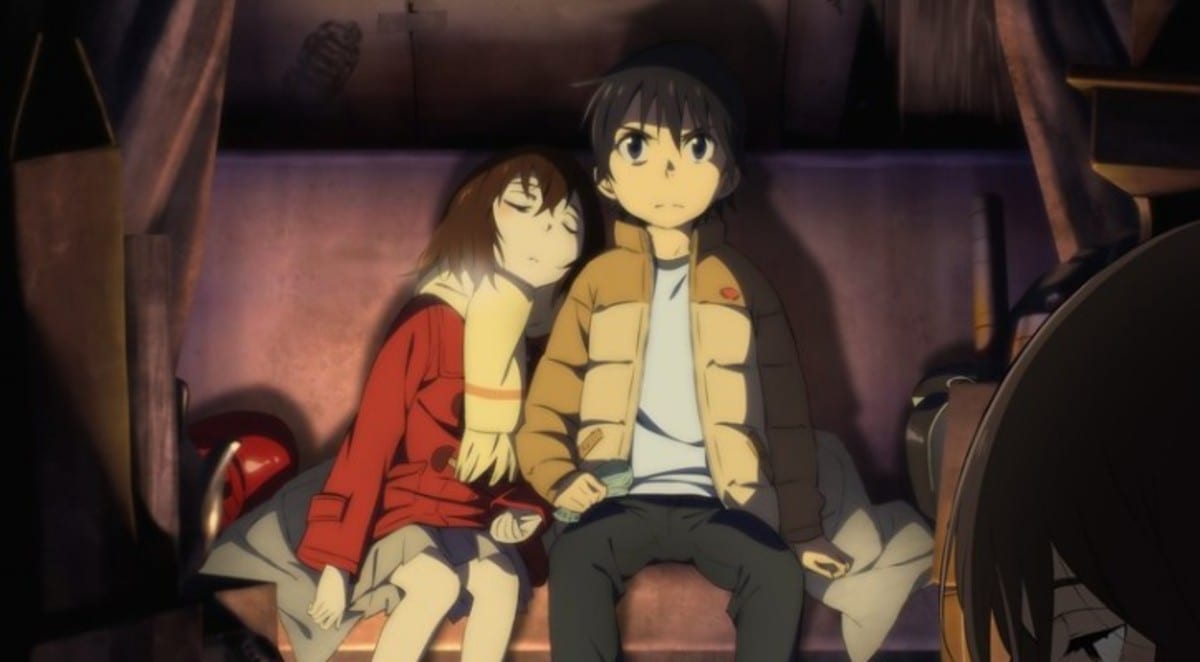 Based on a manga of the same name by Kei Sanbe, Erased is an anime miniseries from 2016. The series only ran 13 episodes but covers a lot of ground, following a character who experiences “revivals,” or the rare opportunity to change the past. Erased finds protagonist Satoru Fujinuma at 29 years old in 2006. He works at a pizza place and has no friends but yearns to create his own manga. When his mother is murdered, he is sent back in time to prevent the series of events leading to her death. What Satoru doesn’t know is that there’s someone else he needs to save along the way.

I had never heard of Erased or the manga that inspired it until the other day. My friend and I were struggling to choose something to watch, and she suggested this. I had no idea what to expect, but I was fully sucked in by the end of the first episode. Erased excels at building interesting characters and heartfelt relationships between them. One thing that immediately stuck out to me was the relationship between Satoru and his mom, Sachiko. She seems abrasive when we first meet her. She comes to stay with Satoru and care for him after he was in a car accident while saving a kid from an oncoming truck. Sachiko jokes about getting bored from looking at Satoru’s face for too long, among other things. This grated on my nerves upon my first watch, but she proves to be one of the best mom characters I’ve ever seen. Her love for her son is fierce and extends to his friends (once he gets some). She’s got a sassy sense of humor, but their conversations are filled with love, and her actions in the past and present show concern for her son. 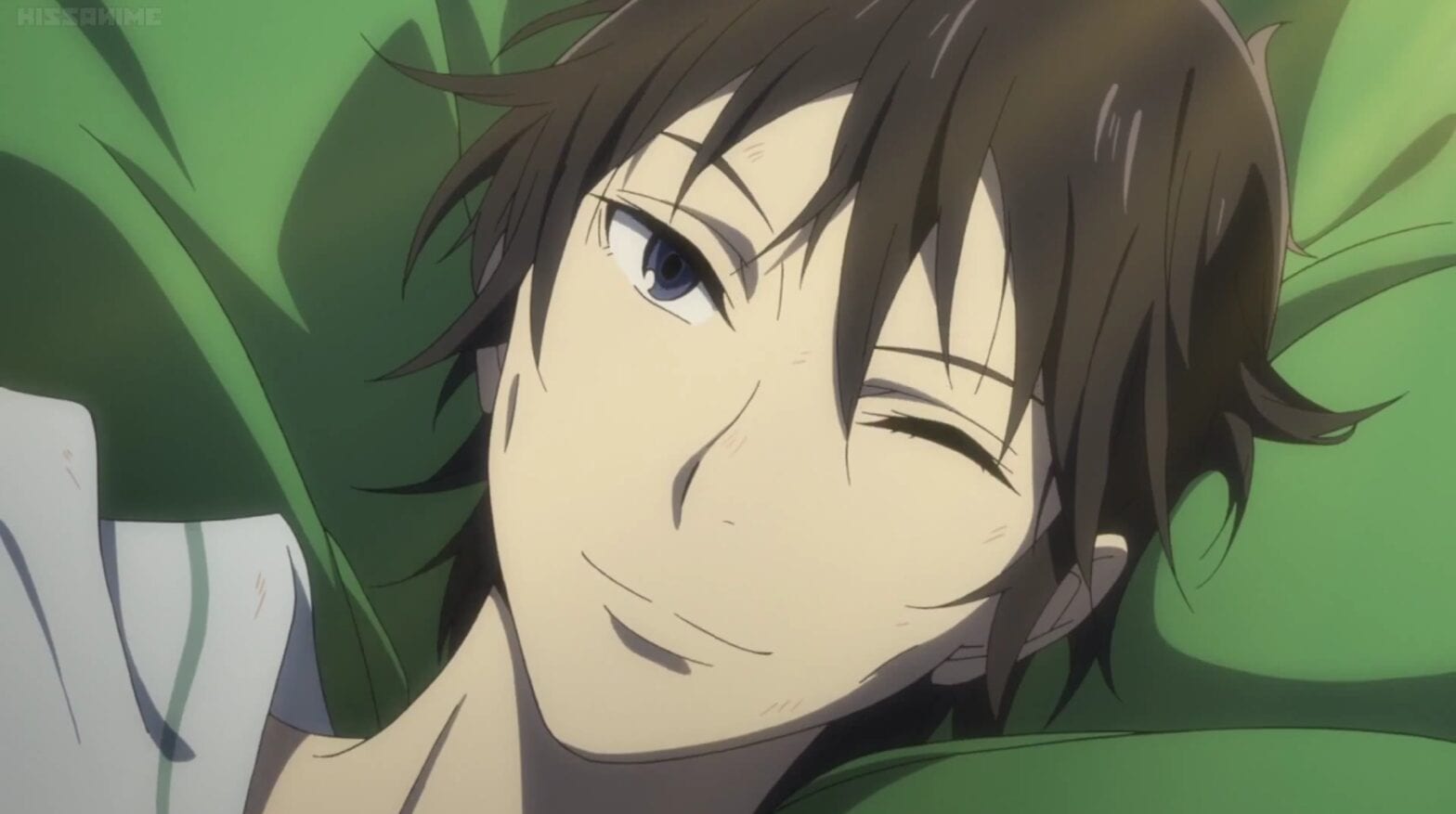 I also love the way this feeds into Satoru’s character arc. In the beginning, he obviously doesn’t appreciate what his mother does for him. He seems annoyed more than anything, especially when she misunderstands his relationship with Airi, his young female coworker. He obviously loves his mom, but he takes her for granted, often seeing only the downside of her presence. One of my favorite moments in the series comes shortly after Satoru has been sent back in time. Rather than finishing his day at school, he rushes home to see his mom (who is dead in his present time) but finds the house empty, having forgotten that she would be at work at this time. When she gets home, he wells up at the sight of her, and they have a quiet dinner together. Adult Satoru’s narration observes that the first time around, he let moments like this slip past without realizing their worth and impact on him. One thing I love about Satoru is that he learns from his mistakes and won’t make them again. Most of us don’t get to go back to pivotal moments in our past for a do-over (if you can do this, hit me up. Let’s talk.) But there’s something cathartic in watching Satoru not only right the wrongdoings of others but recognize the richness of life’s simple pleasures that he missed the first time. His overflowing joy perfectly contrasts with the way Satoru behaved around his mom prior to her murder while still feeling completely justified by the situation. 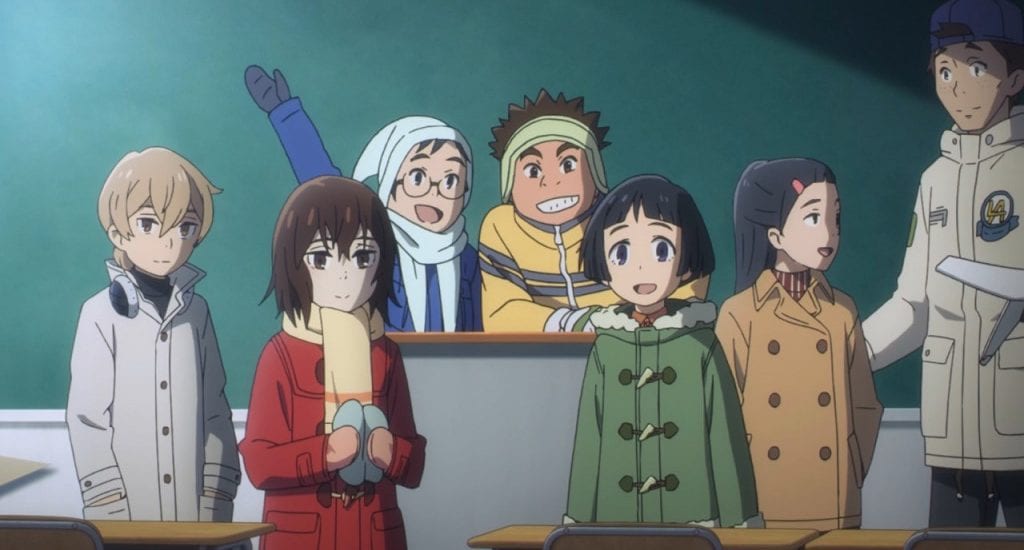 Erased has plenty of other likable characters too. Satoru’s coworker Airi and Kayo, a girl he went to elementary school with, are integral to the story. Kayo annoyed me a lot at first, even more than Sachiko. She’s quiet and reserved in class, but when Satoru tries to befriend her, she pushes back hard. Kayo initially reminded me of a few female anime characters I’ve seen who are unpleasant to the protagonist, or everyone, for no reason. Sakura from Naruto is a great example, and I never understood why characters like this existed other than to enrage the audience. If that’s the goal, then good job, I guess. Regardless, Kayo is absolutely not like this. She is cold to Satoru and disinterested in making any friends at first, but it’s for a really good reason. Being bullied and seen as “the weird kid” in their class is the least of Kayo’s problems, and Satoru needs to save her in more ways than one. This presents another of my favorite aspects of the show. As well as taking his mom for granted, Satoru was never social and didn’t have friends as a kid. He uses his second chance to befriend lonely kids like Kayo and a boy named Hiromi, and this ends up being what saves their lives. Satoru has a steely determination to save his mother and Kayo once he learns her situation, and it’s hard not to be inspired by that. Satoru’s friend Kenya believes in him and his cause enough to join in, even after Satoru says he’s doing this “because (he’s) a superhero.” Amazing. These characters are believable, and the bonds they form feel very honest. I find it moving that Satoru starts out with no friends, but because he’s willing to do anything, even die, to make things right, he inadvertently ends up with a tight-knit circle of friends. I don’t want to spoil too much, but I also love Airi’s reasons for helping Satoru in the present. When Airi’s mother showed up and actually wanted to help instead of interfering, her explanation made me a little emotional. 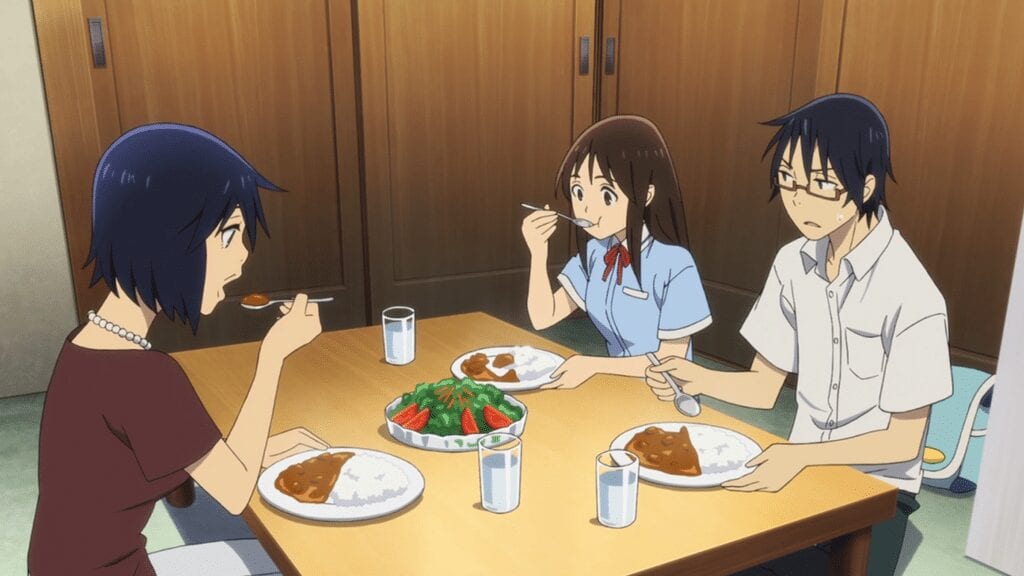 The technical aspects of Erased are nothing short of stellar. The animation is beautiful and fluid, and there are moments of genuine wonder, like the “Christmas tree” Satoru brings Kayo to. Aside from Satoru’s ability to go back in time, Erased is a very grounded show, but this scene simply feels magical. The show’s musical score by Yuki Kajiura is phenomenal. I gush about music in shows a lot, but this is really something special. In tandem with Erased’s visuals, the score creates a sense of dread at key moments and hope at others. It’s beautiful, versatile, and just stunning. The voice acting in Erased is particularly good, in that I watched this in English and NONE of the dubbed voices were bad. That’s honestly like a miracle, especially for an anime TV series. Some of the kids were obviously voiced by adults, and that’s a pet peeve, but when you watch as much animation as I do, you learn to live with it. 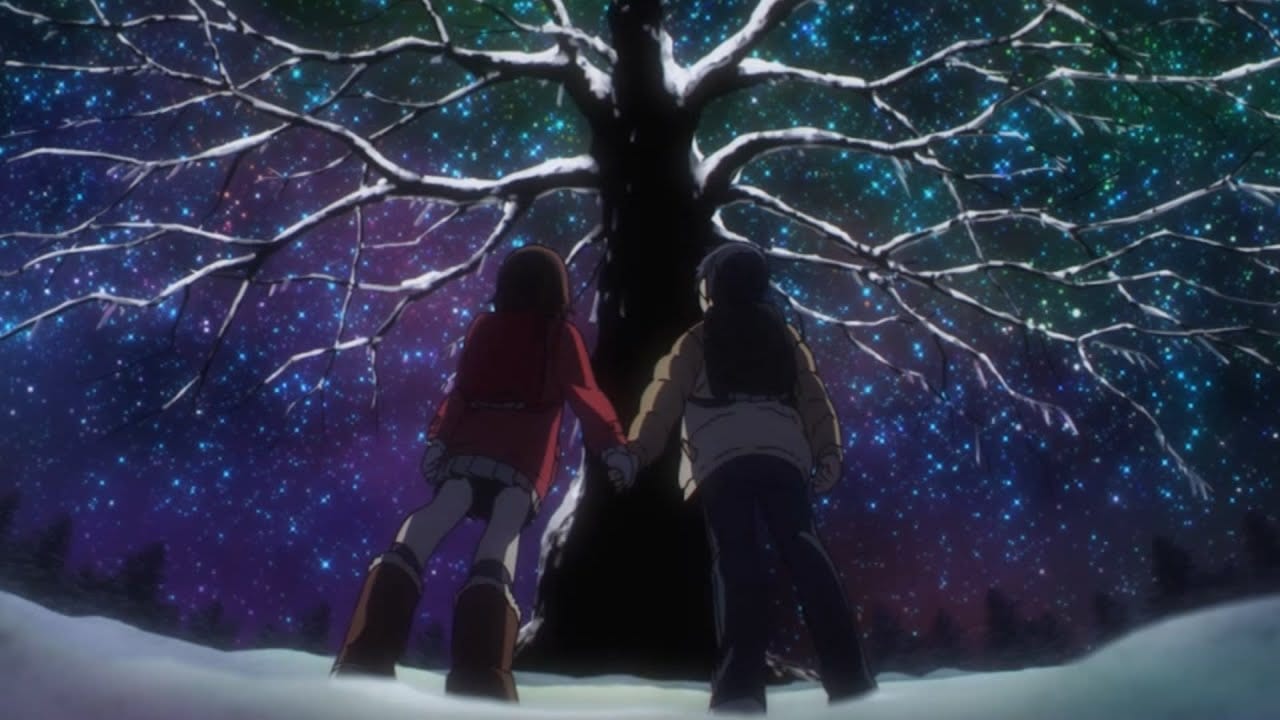 Erased is one of the best series I’ve seen in a long time. It has interesting dialogue, likable characters, and a thrilling plot that kept me guessing until the end. I would describe Erased as a life-affirming murder mystery in reverse, words I never expected to use together. The time travel element is never over-explained and adds to the show’s sense of mystery and anxiety. Mostly, I felt uplifted by Erased; the lengths to which this man will go to save not only his mother but people he didn’t even know speaks volumes. Satoru risks his own health and wellbeing, and, in the end, he has an immeasurable effect on the people around him… and vice versa. Erased is on Netflix and only runs about four and a half hours. I would recommend going in with as little prior knowledge as possible.

Erased is one of the best series I’ve seen in a long time. It has interesting dialogue, likable characters and a thrilling plot that kept me guessing until the end.