The film that was marketed as the thrilling conclusion to both the Jurassic Park series and the Jurassic World series limped onto screens this weekend, offering none of the heart or thoughtful contemplation for which the original film was known. This film only offers a crazy, over-the-top spectacle without any story, plot, or characters to support it. There is no through-line from scene to scene nor logic behind the scatter-brained collection of random events. The only thought that was put into this movie is, “Ooh, fans like seeing dinosaurs kill people.” Not long ago, it would seem impossible for a film in this franchise to be worse than Jurassic World: Fallen Kingdom. However, Jurassic World: Dominion somehow manages it.

The very foundation of this film was built upon sand. No stretch of the imagination, logic, or sci-fi gobbledygook can hope to explain how a few dozen dinosaurs released into the wild can repopulate the entire planet — regardless of oceans — in a matter of years. Several of the species released at the end of Fallen Kingdom did not even have breeding pairs of a male and a female, so how on earth did they reproduce so quickly and travel across oceans in four short years? With this as Dominion’s backdrop, nothing in the film would make sense or flow from scene to scene, as this foundation is baseless. The moment the decision was made to repopulate the entire planet that quickly, this movie lost all logical or consistent integrity. This film as a whole is utter and complete nonsense.

Jurassic World: Dominion sees a new evil scientist taking over the conservation and consolidation of dinosaurs from across the world. However, the scientist’s intentions are not as pure as they seem. The casts of the original movie and the new movies begin separate investigations into this scientist to discover what diabolical plan he has. That is it; that is the entire plot.

Regarding characters, none of the actors do a particularly bad job. Still, they were not given anything to work with, so none of them stand out, including the returning original cast. The biggest point of criticism for the characters — beyond their blandness and one-note nature — is the arc for the new pilot character. She starts out as a smuggler with no interest in helping the heroes in their quest but immediately changes her mind for no apparent reason and becomes a soulful saint with no flaws whatsoever. This sudden heroic turn is nonsensical and greatly detracts from every scene with her. This rapid villain-to-hero change is merely utilized to service the plot in transporting several of the characters from one place to another. She serves no other purpose to the overall story. 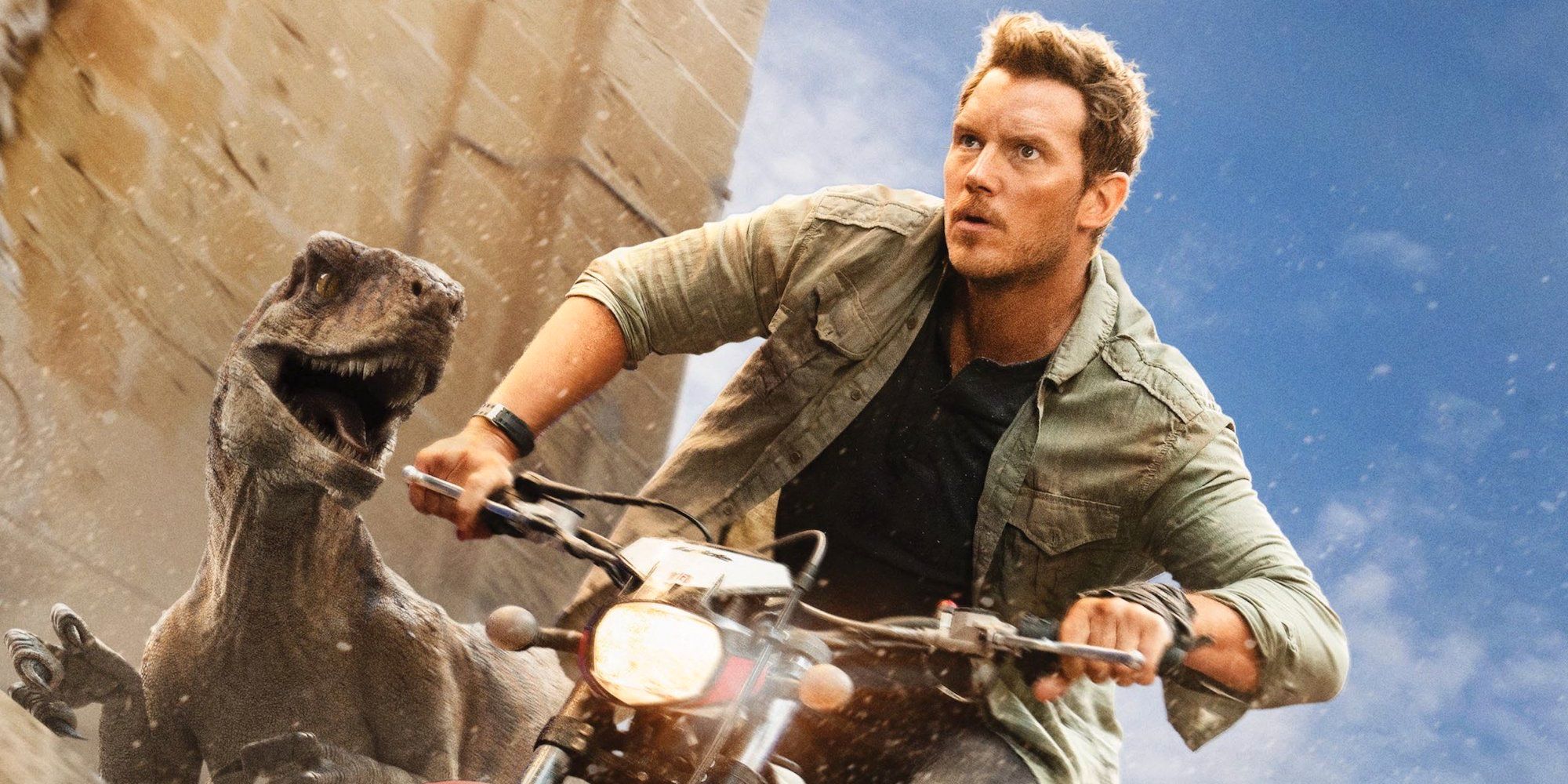 Additionally, the characters are morally bankrupt. A sequence of events put into action by several main characters leads to dozens of innocent people being brutally murdered by dinosaurs. These characters do not give the dead any passing thought, nor do they show any remorse. There is so much blood on their hands from this film alone, but none of them care about human life. However, they care for the lives of dangerous dinosaurs. Animal rights — even for dinosaurs — can be a noble cause, but not when those rights outweigh the lives of innocent human beings. Conservation and preservation have gone too far.

Jurassic World: Dominion behaves more like an action spy thriller than one would expect from such a science-fiction-oriented concept. Much like the James Bond and Mission Impossible series, the film utilizes simple plot excuses to relocate the story to a new exotic location to feature as much of the world as possible. However, these exotic locations are barely explored and more more for cool trailer shots than anything else.

The entire film is built upon coincidences. Numerous last-minute escapes from death serviced by insane and unpredictable happenstances populate the film’s entirety. If the writers took out every instance of coincidence, the heroes would have died or been captured dozens of times. Even when characters reunite across vast distances, coincidence makes it so that they are suddenly next to each other with zero explanation. Combined with the nonsensical foundation and backdrop to this film, this creates a soulless and creatively void story only meant to service the spectacle of seeing dinosaurs eat people. There is no thought or heart behind the film beyond that.

There were a few throwaway woke moments in Jurassic World: Dominion that don’t affect the overall story. The issues with the script and the empty writing all around are far more devastating issues with the film than these small moments. Lousy writing is the core that makes this a disastrous movie. Not even the excessive amounts of nostalgia could hope to redeem this nonsensical compilation of bits of CGI spectacle — albeit competently made CGI.

Jurassic World: Dominion is a poor sequel to its predecessors and a poor film when evaluated on its own. The era of the thought-provoking Hollywood blockbuster seems to have long since passed, as films like this farcical mess bereft of talent have become the staple of Hollywood in recent years. If fans of Jurassic Park were hoping for the heart and thoughtful contemplation that film offered, Jurassic World: Dominion will leave them feeling robbed and betrayed. However, if you go to the theater for pretty images and cool sound effects, and are unconcerned with anything resembling a story, this film may be precisely what you are looking for. Jurassic World: Dominion will go down in history as the worst of the franchise and one of the most forgettable movies of the last decade. It doesn’t represent anything remotely resembling good cinema, nor anything that can be called similar to Jurassic Park.

Jurassic World: Dominion is a poor sequel to its predecessors and a poor film when evaluated on its own.

I didn’t hate it, but it could’ve been a lot better.