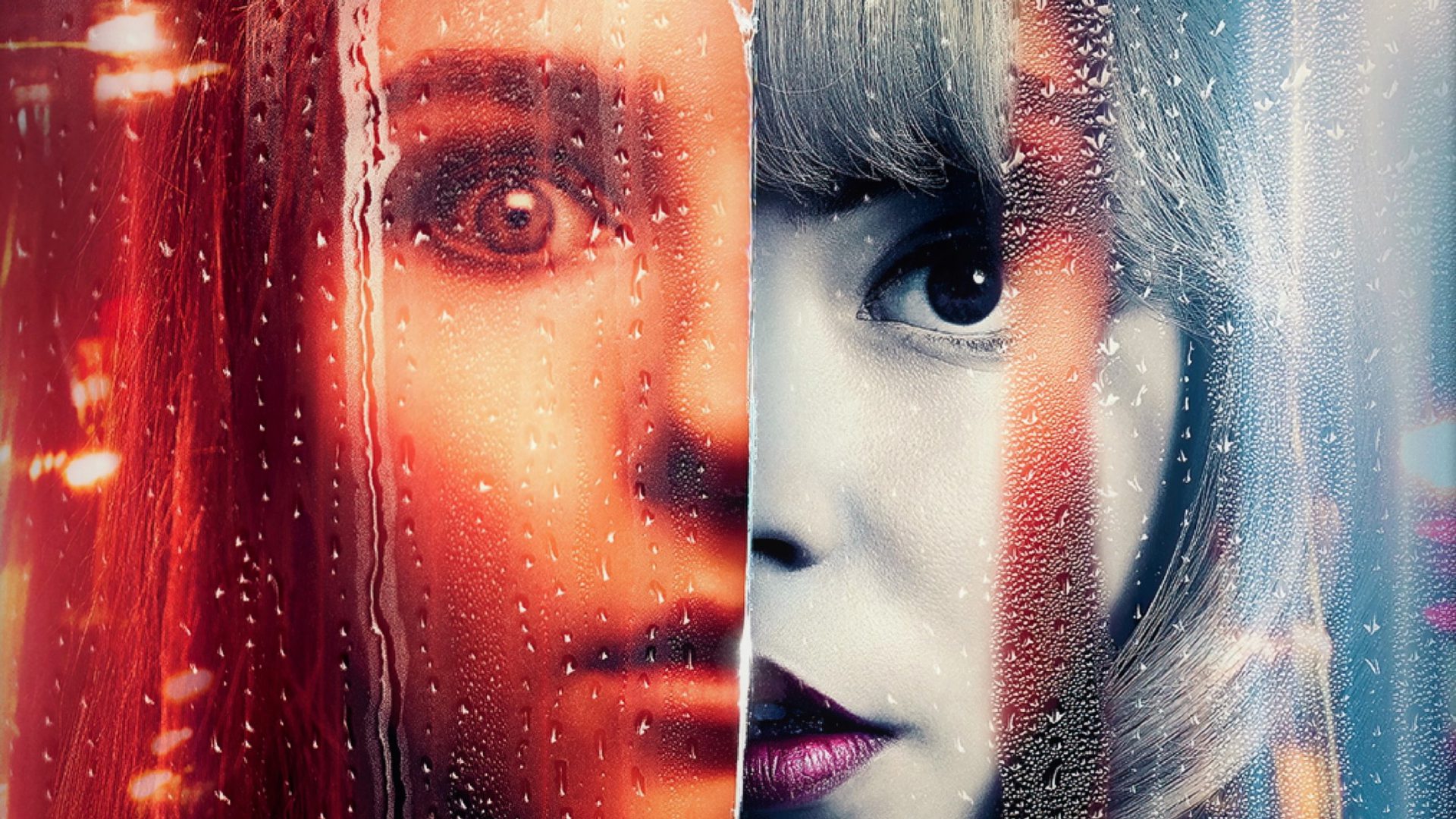 With the recent physical release of Edgar Wright’s ground-breaking psychological thriller, Last Night in Soho, a retrospective is in order for this stunning and visually engaging story that brings 1960s Soho back to life.

Despite the impressive skill displayed in the film’s production and high reviews, it received a middling box office, barely making back half of its budget. As reported by the Rotten Tomatoes audience reviews, the few fans who went to see this new film raved and shouted their adulations from the rooftops, saying this story spoke to them on a fundamental level that they have not gotten from Hollywood in years. They all praised how they could intimately connect with the film’s lead, Ellie, and relate to her plight. Anyone who has struggled with similar issues of depression and loss can sympathize with Ellie and feel like they are her, embracing her performance and seeing themselves in her. This is an example of how someone does not need to look like a character to relate to them. It is their story and their struggles that draws the audience to relate to them.

From a dazzling aesthetic to brilliant performances from Thomasin McKenzie, Anya Taylor-Joy, and Matt Smith, Edgar Wright brings this vibrant world to life. The flashing colors and the smiling people cover a seedy, dark underworld filled with blood, depression, lust, and suicide. He draws the viewers in and utilizes inspired camera work to translate the characters’ mental states and thoughts to the audience using limited dialogue that builds the story up in a slow burn to some surprising twists.

Last Night in Soho follows aspiring fashion designer Ellie, who moves from the British countryside to London for fashion school. Raised by her grandmother following her mother’s suicide, Elle grew up hearing romantic tales of the 60s and listening to old records on her gran’s lap, fantasizing about that magical decade and all the possibilities held within them.

This simple country-girl is soon overwhelmed by the big city, devastated by bullies, and drowning under mountains of schoolwork. When she has almost given up, she finds a mystery notice for a flat for rent in Soho, free from the incorrigible youth of her classmates. Her first night in her new flat opens her up to a world of dreams reliving the life of Sandie, an aspiring singer in the 60s, who falls in with a bad crowd. Each night, more of Sandie’s life is uncovered, drawing Sandie and Ellie deeper into madness. The repercussions soon echo into Ellie’s real world, the dreams nearly indistinguishable from reality. 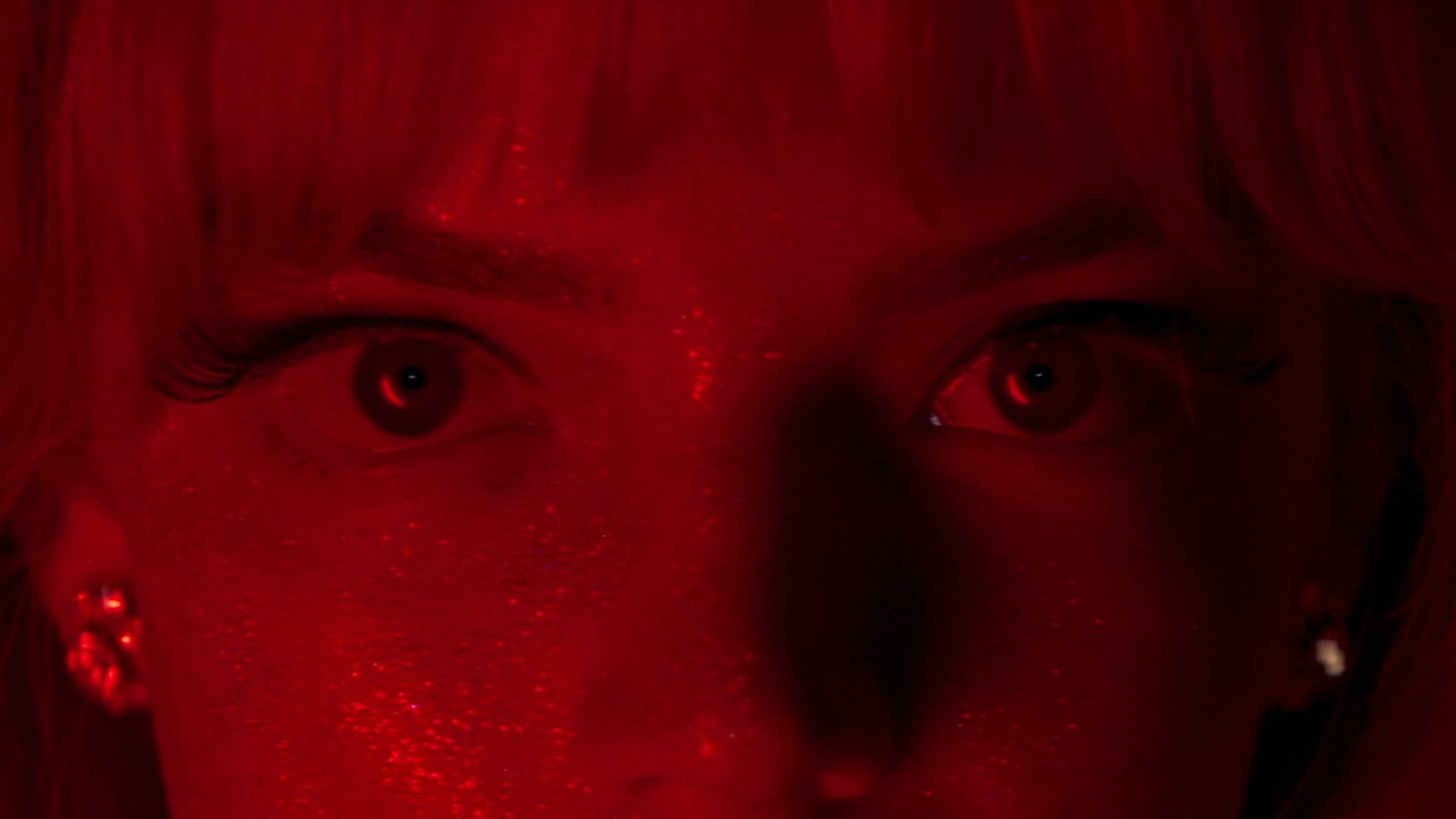 The film’s depiction of depression is brilliantly conveyed by a cracked view of glass and mirrors, distorting everything to unsettle Ellie and the audience. Her life feels like a world of mirrors, every action somehow detached from herself, distorted, her body merely puppeted by another and just out of reach from her true self. The aesthetic embodies this cracked view of reality, from Ellie’s detachment from Sandie, the warped view of glass and mirrors, and the flashing lights and stark colors filtering reality into fantasy. It depicts an impossible, dreamlike state where anything is possible, first hopeful and bright, then corrupted and dark. The masterful cinematography further added to this disjointed view of life, moving seamlessly between Sandie and Ellie, blurring the line between them as the lines between their personalities also merge.

Diluting reality even further, the passage of time is very unclear. Without clear markers between the apathy and the torment, it feels like there is no relief or release, further distorting Ellie’s perception of reality, making it harder to cling to something and pull herself out of the dark.

Beyond just the allegory and the aesthetic, the city itself feels alive, shimmering out in hopeful promise before diving into shadowy malice. Without explicit or overbearing changes, choosing subtly over bombastic action, Edgar changes the tone drastically with simple tweaks. He perfectly shows the truth behind the glamor of Soho, going from romantically hopeful to coarsely vile, its veneer degrading at an equal pace to Ellie’s descent into madness. The 60s and the present merge more and more. 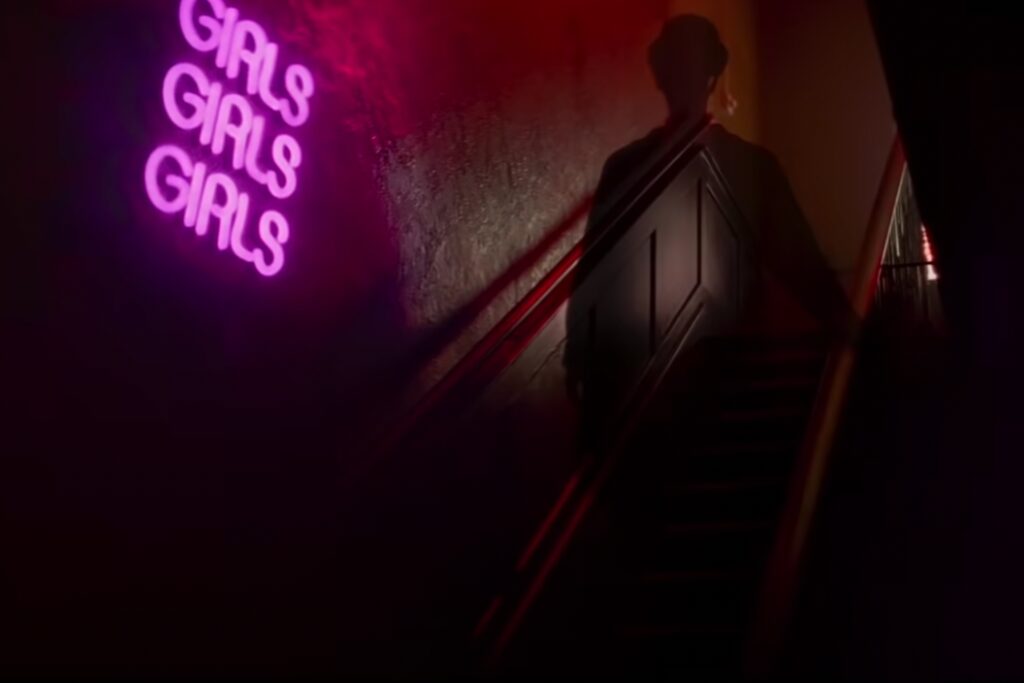 Another interesting thing the film addresses is the corruption and perversion hidden within the entertainment industry, in which many of Hollywood’s adult pretenders, who virtue signal all day, participate. The film condemns those who wield their power as a weapon to accomplish their sexual fantasies and dominate those they deem weaker. Edgar does this without letting it overshadow the greater story or bog down the plot with current-day issues or politics.

There is a fundamental truth that sex sells. Sometimes it’s good, like Game of Throne and sexy superhero costumes, and sometimes it’s vile, like Netflix’s Cuties. Sex can be an escape like Ellie uses it, or a prison, as it was for Sandie. Sex is neutral, a tool that can be used well in a story or emptily. Hollywood has been very confused by this in the past, desexualizing as many women as they can while doing the opposite to men. This film defiantly leans far more into the sex is negative side of storytelling. However, it worked perfectly for the story and is exactly what the film needed. From a meta sense, many wish we had a more egalitarian approach to sex in Hollywood, but that is not the film’s fault. It did what it needed to.

Regardless of the film’s sheer excellence, some stark flaws and confusing questions were raised during its run. The big purple elephant in the room is if the film was woke, feminist, or political like so much of Hollywood is. With the current state of the entertainment industry, none would be remiss for seeing phantom woke pains in this film and refusing to watch it as such. Recently, there has been so much political garbage that it is hard to believe in something good coming from a female-oriented vein. The film clearly chose to prioritize its story first, but there are some extreme scenes that could lead toward an “it’s woke” conclusion.

Last Night in Soho’s portrayal of predators is complicated. The idea that dangers are around every corner in the slums and seedy districts of big cities is prevalent in the film, which is understandable and supports the story. But the film displays all but one man, who is a bit of a beta, as predators. A “men bad” approach is vital to the story structure but did get very old very fast. If this film existed in a Hollywood where you could have an equal film with lots of bad women, this would not be that big of a deal, but that is not the Hollywood we have today. It’s a bit old hat at this point to hate men. It would stand out a lot more if it were as poorly written as most of Hollywood has displayed stories like this in the past. 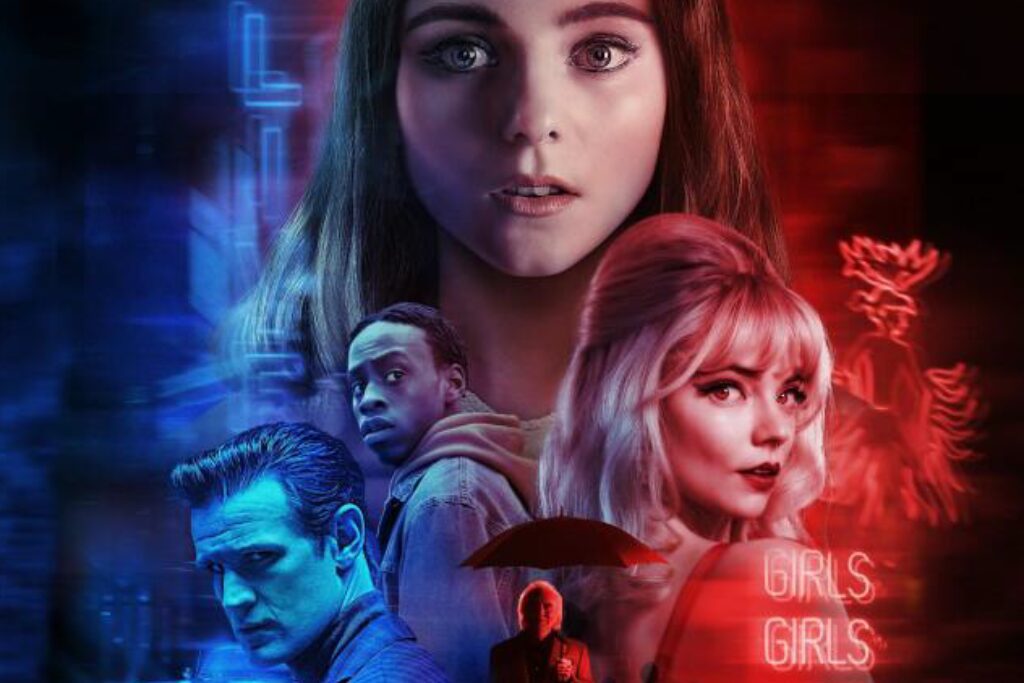 What seals this story as not woke is that the script still condemns the women for their heinous actions, painting the offenders as evil. It still has a political message buried beneath the plot with which many will be uncomfortable. But most fans are OK with a message they disagree with in support of a well-written story by a talented writer to support compelling characters.

Last Night in Soho has some other more minor flaws, like a few somewhat predictable twists, some classic clichés, a generic fake-out villain, and straight-up plot holes. Many of those plot holes are spoiler-related and will not be expounded upon here. In the end, these are all minor issues that don’t really take away from your enjoyment of the film.

When it comes to the main cast, they all deliver incredible performances that perfectly translate their characters to the big screen. Matt Smith is an international treasure and deserves far more credit than he gets. He beautifully telegraphs Jack’s change from generous and heroic talent manager to manipulative pimp, showing a genuine caring that conceals a cunning trickster. It was baffling to see the heartfelt and quirky 11th Doctor playing this dark and looming figure, striking fear into those beneath him — an impressive performance from a talented actor.

Anya Taylor-Joy delivers a compelling account of a hopeful and confidant girl descending into utter insanity. She brings the 60s to life, letting us see her world through her romantic and driven lens. Moreover, her singing is incredible, beautifully conveying her emotions and the depth of the dream that led her there. Her degrading mental state is perfectly conveyed to the audience through subtle changes before evolving to full-blown chattering, murderous madness. You feel bad for Sandie, yet still disagree with her actions. 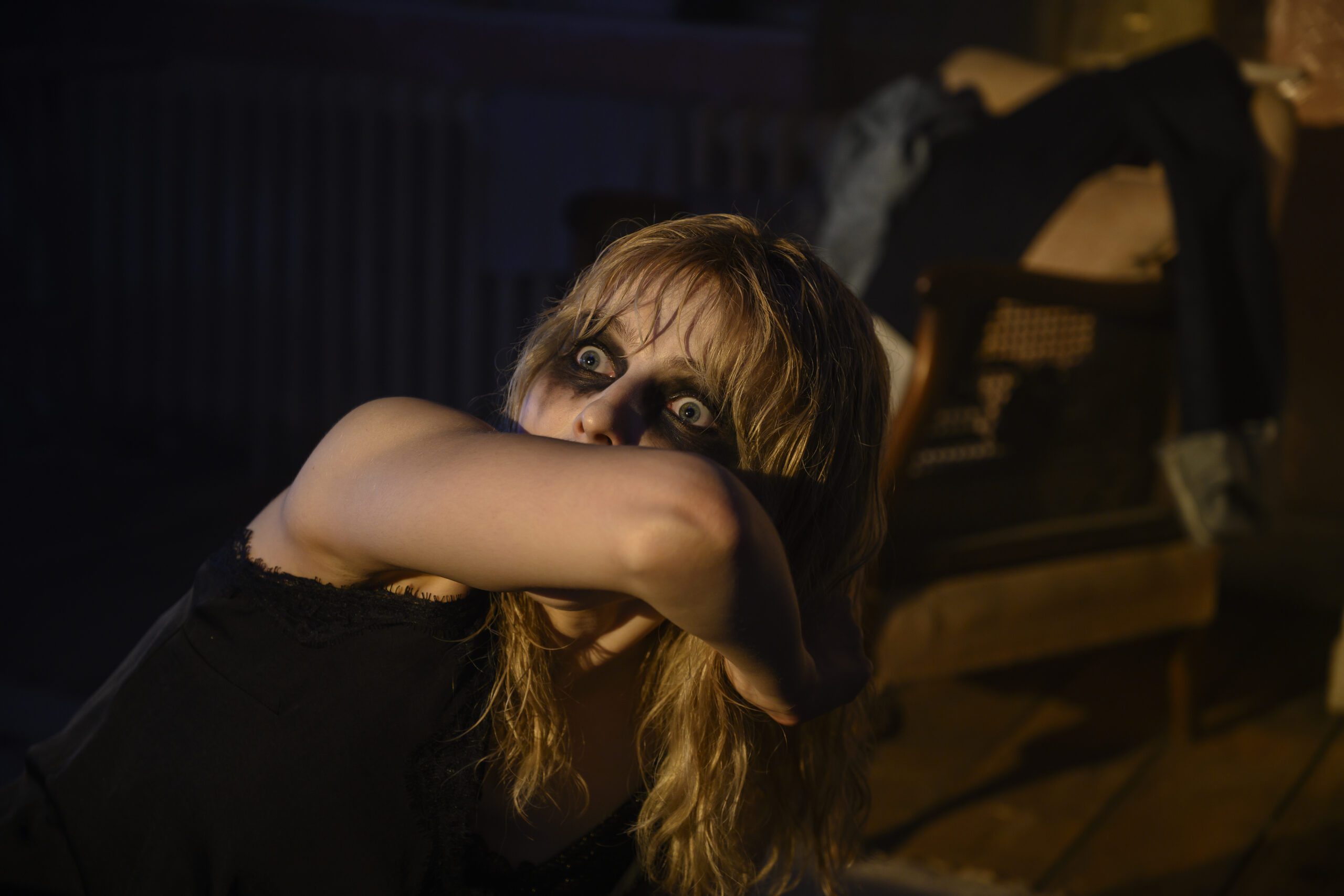 The very opening of the film introduces us to Thomasin McKenzie’s lead character with limited dialogue while giving the audience everything they need to decide if they’re going to like and connect with her. It immediately displays her character traits and goals within just a few seconds. Thomasin is a rising star in Hollywood with brilliant performances in Jojo Rabbit and Old before this. She deserves all the work and attention that she is getting.

Thomasin plays four distinct versions of Ellie that seamlessly shift together to show her arc. Her fall from grace and slowly eroding confidence beautifully draw the viewers in and makes them feel for her and connect with her journey. Ellie was already a sensitive person prior to the events of the film. From depression and strong emotions to the ability to see ghosts, she was perfectly primed to receive the message of the Soho flat and solve the several-decades-old crimes.

Last Night in Soho is a very niche film that may not speak to some people as intimately as others. It is not for everyone. Nevertheless, if anyone is on the fence about the film, you should definitely check it out. It is an impressively made visual masterpiece, perfectly portraying the struggles of a depressed person dealing with sexual abuse.

A retrospective of depression and abuse that brilliantly brings 1960s Soho back to life.