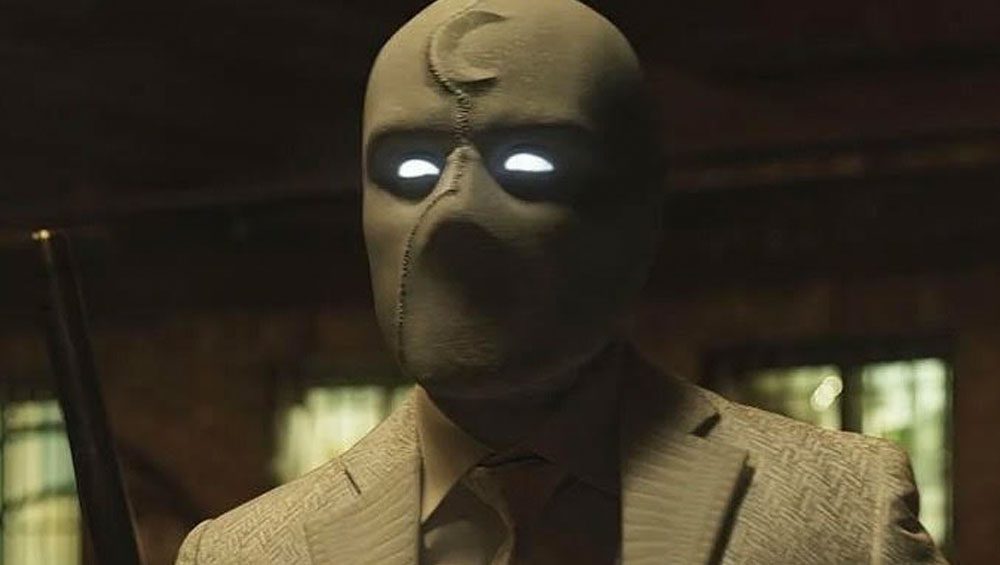 Fans’ trepidation and hope birthed by the surprising quality of Moon Knight episode 1 have not been assuaged nor contradicted in the second episode of the series, which aired today. Episode 2 continues the feel, style, and aesthetic of episode 1, while only marginally continuing the plot. Some fans may enjoy this continuation, while others may feel slightly underwhelmed by how stagnant the show feels. Very little evolves, and very little happens in this episode, but that is not necessarily a bad thing. “Summon the Suit” is equal in quality to the first, neither elaborating on nor detracting from what came before.

Whatever enjoyment or quality can be derived from “Summon the Suit” must be tempered with the memory of how many Disney+ shows started out strong before diving deep down a political rabbit hole that left them marred and devoid of quality when the final credits closed. Moon Knight may be setting itself up for a similar dive, leaving fans disenfranchised once again. A healthy degree of skepticism seems to be the only remedy for that potential reality.

Episode 2 sees the Steven Grant personality continuing his investigation of his lapses in memory. He manages to hunt down a secret storage locker of his Marc Spector identity, which contains the scarab MacGuffin from episode 1 and a cornucopia of illegal paraphernalia. Rejecting the conclusions of his discoveries, Steven flees the scene, wishing to turn himself in to the cops that he may be locked up and protected from society. In a shocking moment of luck, Layla, the woman on the phone from episode 1, arrives suddenly, intent on knowing why Marc abandoned her.

Through a series of unimportant scenes, Steven is captured by Arthur Harrow, Ethan Hawke’s character. The following scene reveals a lot of the backstory concerning the conflict of the series in a deluge of exposition while still revealing virtually nothing. When Steven refuses to join forces with Arthur, Layla arrives once again to rescue him from the villain’s lair. After a harebrained escape and a battle with another jackal, Steven relinquishes control to Marc once again, ending the second episode very similarly to the first. In the final moments of “Summon the Suit,” Arthur manages to acquire the scarab, which acts as a compass to Ammit’s tomb. Marc, now in control, sets out to Egypt to intercept Arthur before he can resurrect Ammit. 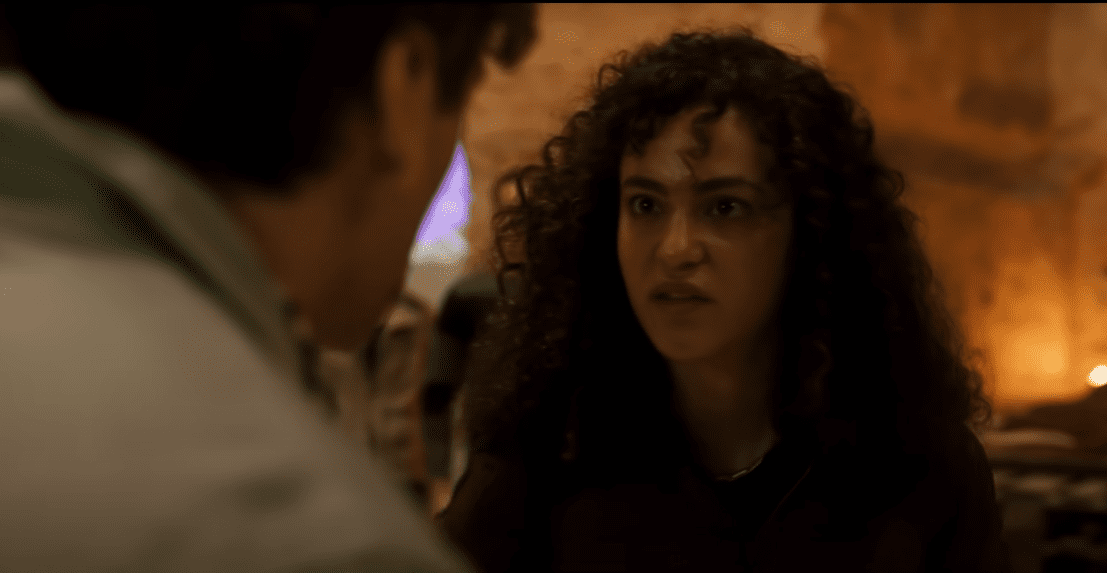 The episode’s biggest problem is the introduction of Layla. She’s insufferable, overly emotional, and abusive towards Steven and Marc. Several times she randomly appears at the luckiest moments to rescue Steven from whatever trouble he’s found himself in, making him a damsel in distress. Layla’s character may improve in the future, but in “Summon the Suit,” she’s annoying and distracting, taking viewers straight out of the episode.

If any political narrative is manufactured later in the season, it will be around Layla and the revelation that Khonshu wishes her to be his next avatar. There is always the possibility that it will be done with talent and will be a positive addition to the story. However, with Marvel’s track record, it is more than likely that her inclusion and potential arc as the new Moon Knight will be a net negative for the series.

The complete inverse of Layla’s negativity is the inclusion of the Mr. Knight persona. Mr. Knight’s depiction is humorous and entertaining, giving a brief amount of levity to the episode without devolving the story into Marvel’s formulaic comedy. However, Mr. Knight is best done in small doses, so it was a welcome surprise to see the episode show restraint and have Steven transition into the full-blown Moon Knight persona rather quickly, leaving Mr. Knight’s appearance short and sweet. Particularly demonstrated in the Mr. Knight scenes, the best parts of “Summon the Suit are the interactions between Marc and Steven. If the series were just a character study of them, focusing entirely upon their dichotomy, this show would be quite good.

Ethan Hawke is an excellent addition to this episode; he is an incredible actor, so his performance elevates any sequence that he’s a part of. In some surprisingly good writing, the episode concisely shows his character’s POV, making him relatable yet unequivocally evil at the same time. Though many viewers will not agree with his outlook on the world from a political standpoint, his position is quite understandable in his simple desire to help the dispossessed of the world.

While not being heavy-handed, the writers still depict him as evil despite this, which is a difficult balance to achieve. Unlike other poorly made shows, the villain does not just randomly kill someone so the audience knows he is evil. Arthur Harrow’s philosophy perfectly supports the idea that the killing of children is justified in his mind. This revelation does not feel opposed to the relatability that the prior scene had attempted to convey. His humanity supports his evil nature rather than wickedness coming as a blindside to ensure the audience knows that he is indeed a  villain. Despite the episode being overall enjoyable and of a notable quality, not much happens in terms of plot progression. The majority of the runtime is dedicated to Steven running around trying to figure out what Marc has been getting up to. These sequences are good and help illuminate the difference between the two characters. Nonetheless, even one more episode in the same vein as this one will run old and drive down the show’s quality, leaving it altogether stagnant. “Summon the Suit” does end with Marc in Egypt, setting up a significant change for the series going forward, so the stagnation felt from the first two episodes may be short-lived.

At this time, no firm assertions can be made on the series quality. These episodes being called “good” is wholly derived from where the series ends up; they are not good in and of themselves. It appears that Moon Knight will be heading away from the unreliable narrator aspect and divergent mental illness issues of the first two episodes, which may provide an opportunity to worsen the show with identity politics and bad writing. Or it may provide an opportunity for Moon Knight to evolve in a primarily positive manner. Only time will tell.

This episode is not a waste of time for cautious viewers to check out, at least until the subsequent episodes either vindicate it or sour it upon retrospect.