"You didn't kill Anakin Skywalker; I did." 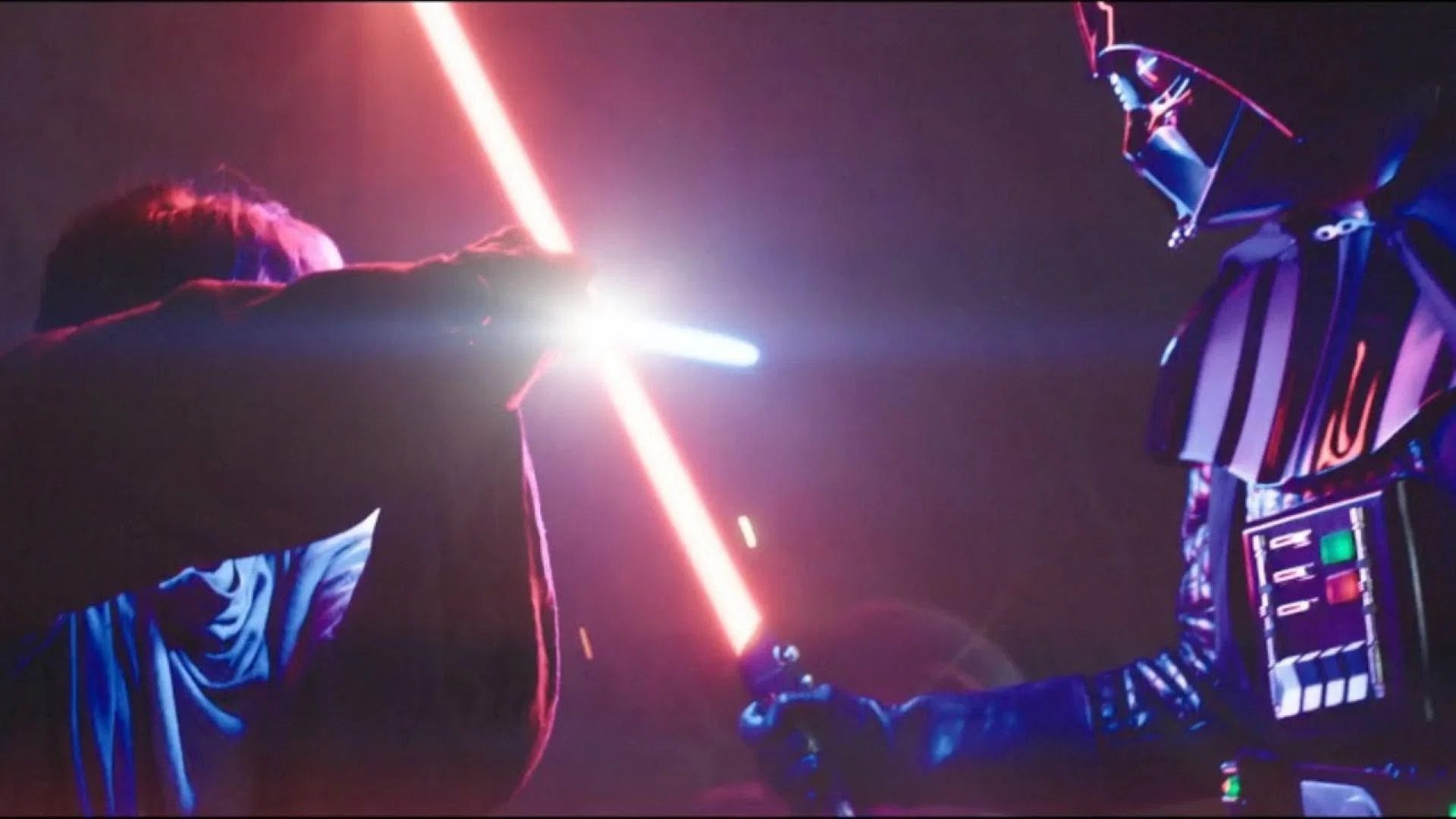 In “Part VI,” Reva arrives back on Tatooine and asks where Owen is. Meanwhile, things look bleak for the Path as Vader ruthlessly tails their ship. Owen and Beru prepare to fight as Obi-Wan convinces Leia to let him surrender himself to Vader. Obi-Wan’s plan works, and Vader’s ship follows him, allowing the Path to escape. As Reva descends on the Lars homestead, Vader faces Obi-Wan one-on-one. Luke runs out into the hills, pursued by Reva. Obi-Wan eventually defeats Vader but leaves him alive, sensing Luke is in danger. He arrives just in time to see Reva deliver Luke back to Owen and Beru, alive and well. Obi-Wan visits the Organa family to tell Leia goodbye, Vader reaffirms his loyalty to Emperor Palpatine, and Qui-Gon manifests to his former Padawan at last. 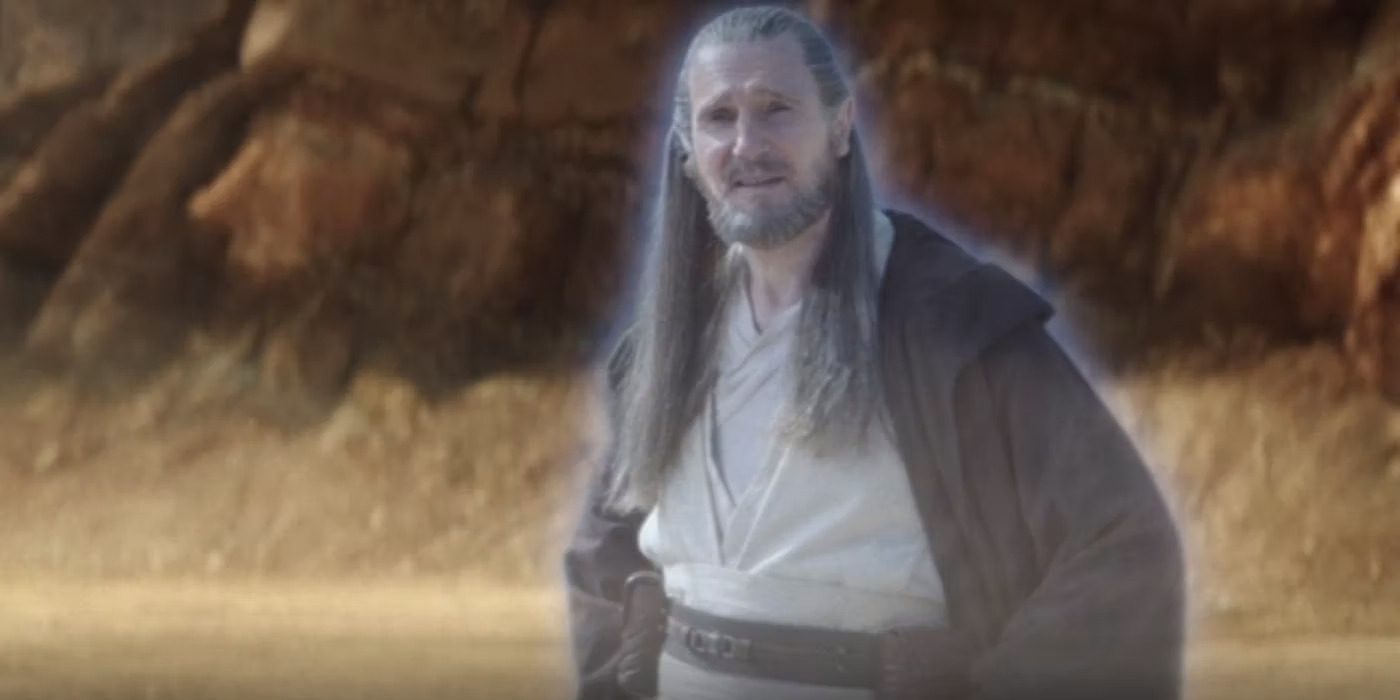 Okay, here we go. It’s the final episode of Obi-Wan unless Disney decides to renew the “limited” series, and in my opinion, they probably will. As with most of the season, I have a few issues with “Part VI,” but I’d like to start with the good stuff. It’s only fair to give credit where it’s due, and almost every show has some redeeming characteristics. “Part VI” looks great, and most of the season has too, really. The fight choreography is magnificent, especially in the “rematch of the century.” This show has come a long way from Reva’s parkour run in “Part II.” There’s also a lot of beautiful music in “Part VI,” some of which sounds like it was pulled right from the original trilogy. The scene where Vader’s Imperial Star Destroyer chases the Path ship comes to mind, as well as the central fight. I know I heard “The Imperial March” and bits of the Force theme. I also like the part where Obi-Wan slices Vader’s helmet, and we hear James Earl Jones’ voice fused with Hayden Christensen’s. I have some problems with this in execution that I will talk about later. But it looks good, reminds Obi-Wan that Anakin is in there, and reminded me of a similar scene during Vader’s fight with Ahsoka in Rebels. Some of the CGI is questionable, like when Obi-Wan lifts the rocks out of the sinkhole. But for the most part, this is a visually spectacular final episode. I also think Reva and Young Leia have gotten much better throughout the show; neither of them annoyed me in “Part VI,” and Leia’s emotional beats mostly land. The final shot of Obi-Wan riding off into the sands is beautiful as well; you can see him finally at peace. 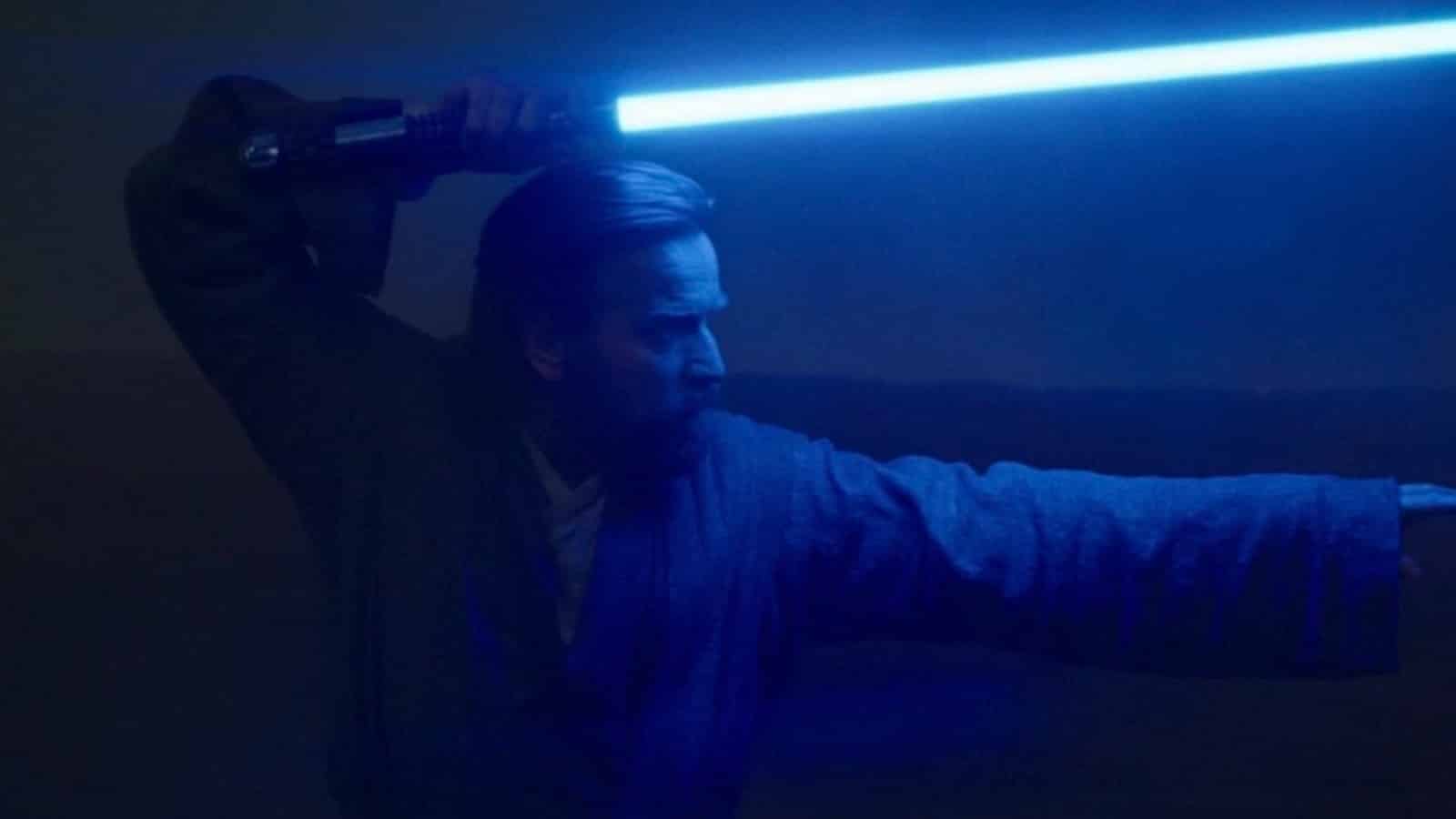 And now, I have the regrettable task of discussing this episode’s many flaws. I only say regrettable because I love Star Wars; I think people who criticize Star Wars fans for complaining miss that. I don’t complain because I hate Star Wars or want to attack it. I love it and want it to be the best possible. The whole bit at the beginning with Obi-Wan “sacrificing himself” is ridiculous. For one thing, we all know he can’t die! He and Leia must survive another decade to appear in Episode IV, meaning that any peril these two get into is meaningless. I know this is more of a problem with prequels in general, but I’m not willing to excuse it. If I don’t have to worry about what happens to the characters, I don’t care what transpires because I already know it has to work out. I also don’t think this plan would work; Darth Vader may be driven and stubborn, but he’s not stupid. Why does he order the entire Imperial vessel to abandon the Path and tail Kenobi instead? The Path is what the Inquisitors are after in a larger sense, and he later leaves in his own TIE Fighter anyway! They could have pursued both targets at once. This is just idiotic. This episode contains the purported “rematch of the century,” which really consists of two fights between Obi-Wan and Vader. I already don’t like that because, not counting the flashback in “Part V,” this makes three fights between these two. Regardless, this is an instance where power creep comes into play. Power creep is the idea that, as a story continues, the amount or types of power a character has or can obtain continually grows until it’s absurd. This applies in the MCU, and it certainly applies in Star Wars in the Disney era. Kenobi lifts a huge pile of rocks off of himself with the Force here, much like what Rey does in the climax of The Last Jedi. Remember when Yoda lifted Luke’s X-wing out of the swamp? This took a tremendous amount of power and was an incredible display of strength in the Force. But these days, characters who have lived centuries less than Yoda can lift an entire mountain worth of rubble without breaking a sweat. I hate it here. 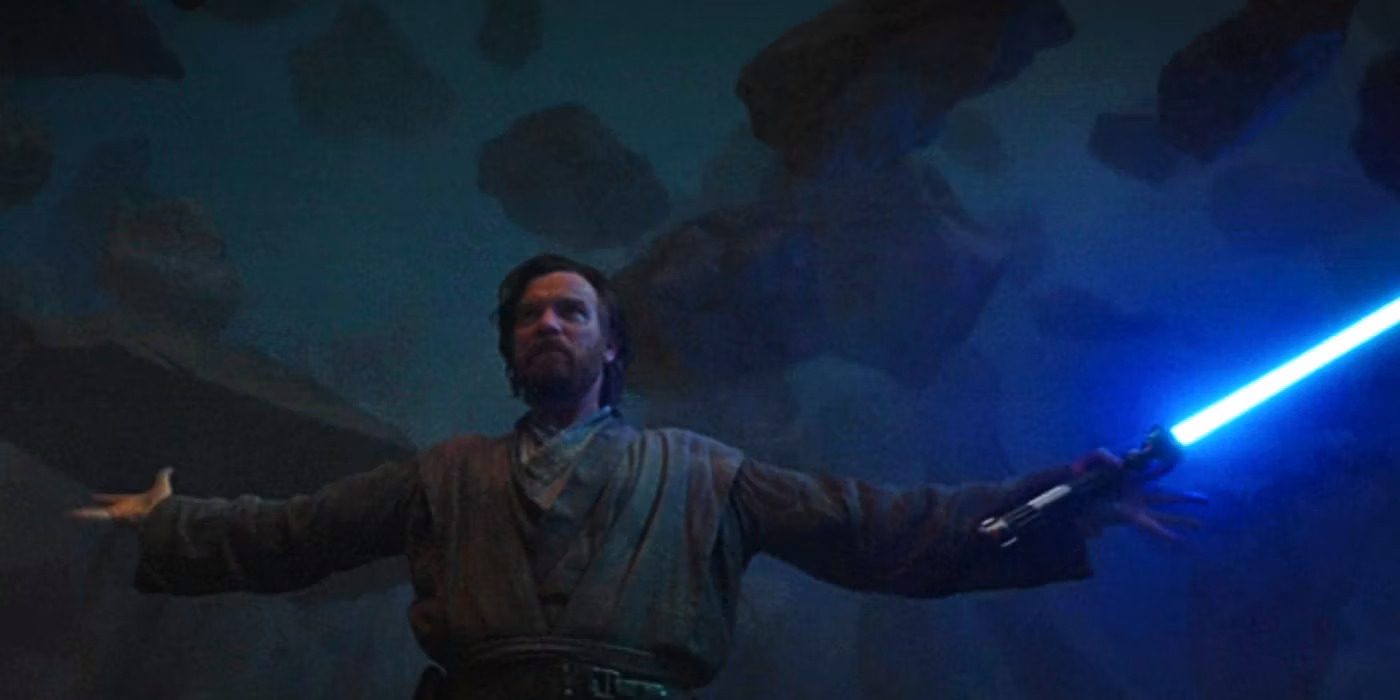 Don’t get me wrong; I still maintain that this fight shouldn’t have taken place no matter how good the execution was. Canon is king, and the timeline must be maintained. But even within its own execution, Obi-Wan Kenobi fails to justify its creation, and the big rematch leaves so much to be desired. Another stupid thing here is the dialogue. It’s all pretty cringe, but anything said by Vader, in particular, comes off as very out of character. He just doesn’t talk or behave like Vader Classic, and I can’t help finding it jarring. But Kenobi gets plenty of stupid lines, too, like saying “This ends today” and “I will do what I must,” neither of which actually happens. He lets Vader go, meaning he neither ended it nor did what he “must.” Isn’t it irresponsible for a Jedi to leave someone like Vader alive by choice? At least when he left Anakin, he was basically dead, and he probably hoped some shred of his brother was still in there somewhere. There’s no way he believes that now.  The big emotional payoff (I call it that out of generosity) comes out of nowhere, at least in this show. Vader relieves Obi-Wan’s crushing guilt by saying that he’s the one who killed Anakin, probably to explain Obi-Wan telling Luke this in A New Hope. I think it’s a stupid and uncharacteristic thing for Vader to say, which is hardly worth fixing one plot hole when this show has created multiple. They should have shown Obi-Wan struggling with guilt over what happened if this was going to be the climax. This also ties back into the failure to explore the relationship Anakin and Obi-Wan once had. You can’t just rely on preexisting material; your show needs to tell its own story. Although I liked the visual of Vader’s cracked helmet, it’s taken directly from his fight with Ahsoka in Rebels. This is a copy-paste, down to hearing Vader and Anakin’s voices together. Beyond that, how can Vader breathe for so long with his helmet in this state? Why did Obi-Wan confront Vader the second time? Wouldn’t it be preferable to let him think he’s dead and escape later? At least they didn’t have Vader say something about having the high ground; I was preemptively cringing at that possibility. 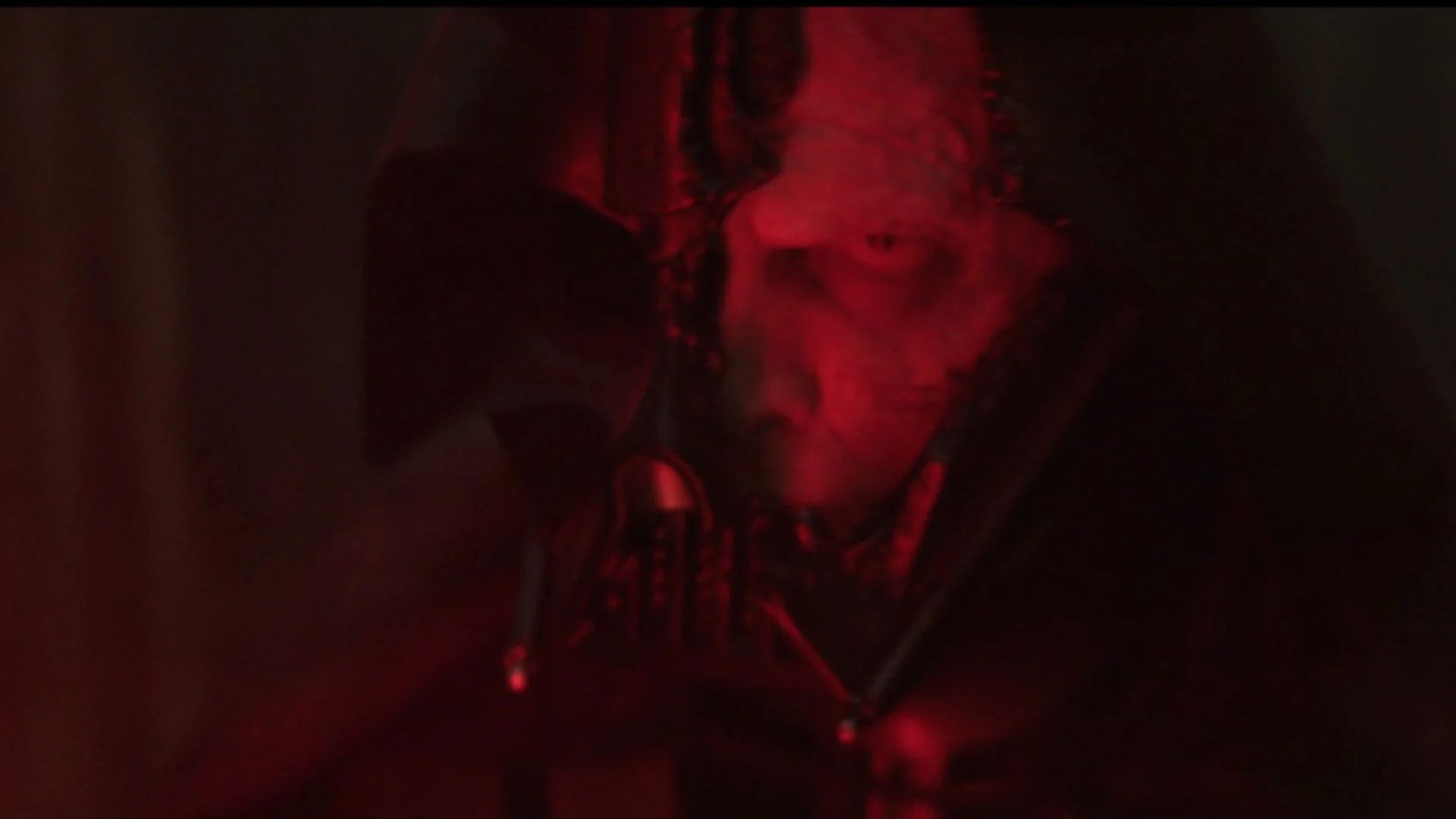 How did Obi-Wan arrive back on Tatooine so quickly? Heck, how did Reva get there so quickly? How would this be revenge for what happened to her? Revenge on whom? Is the implication that she pieced together Luke’s parentage from Bail’s one vague message? Or is it revenge on Obi-Wan? It’s never clarified who she wants to get back at or why. It really sucks that Reva spares Luke without any interference from Obi-Wan or even Owen and Beru. I essentially hate everything about the scenes on Tatooine, but come on; this is Obi-Wan Kenobi, but they’re treating the show like it’s called The Good and Benevolent Reva. Obi-Wan fails to protect Luke or even talk Reva down; she does that herself. Boring. She also survives the series, further cementing the suspicions that this show exists partly to set Reva up as the next big Star Wars hero. She should have had her own series, or even an Inquisitor series. I would love a series about the Inquisitors. Other dumb things include Obi-Wan meeting Luke and telling Owen that all Luke really needs is him and Beru. So now Luke has met Obi-Wan before, in addition to Leia? Where’s Han while we’re at it? And how is he going to say Luke doesn’t need him? Bro, he almost died because you weren’t here. I don’t have any strong feelings about Vader’s meeting with Palpatine because my brain was fried by that point, and I can’t feel emotions anymore. There’s a small flaw with the Qui-Gon scene, though: they said in Clone Wars that he can only manifest as a disembodied spirit, but here we see his spirit “body.” The larger issue is that this is what the show should have been about, not a 15-second afterthought after the story ended. 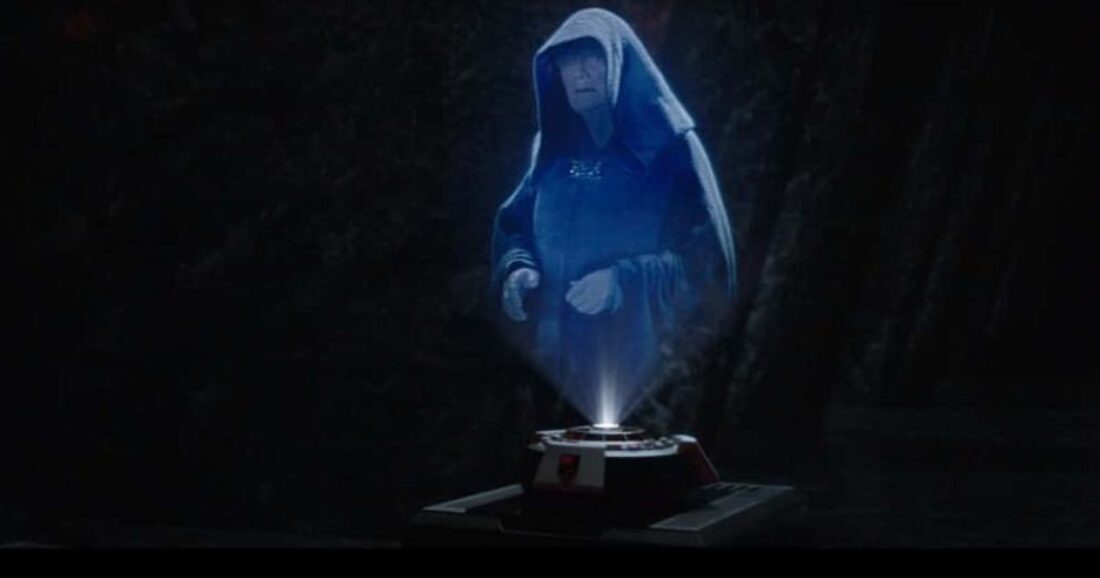 Overall, I hated “Part VI.” It is all the worst aspects of Obi-Wan Kenobi plus new dumb things. I wish I could say I wasn’t disappointed, but I stupidly had some hope for this series.

Overall, I hated “Part VI." It is all of the worst aspects of Obi-Wan Kenobi plus new dumb things.