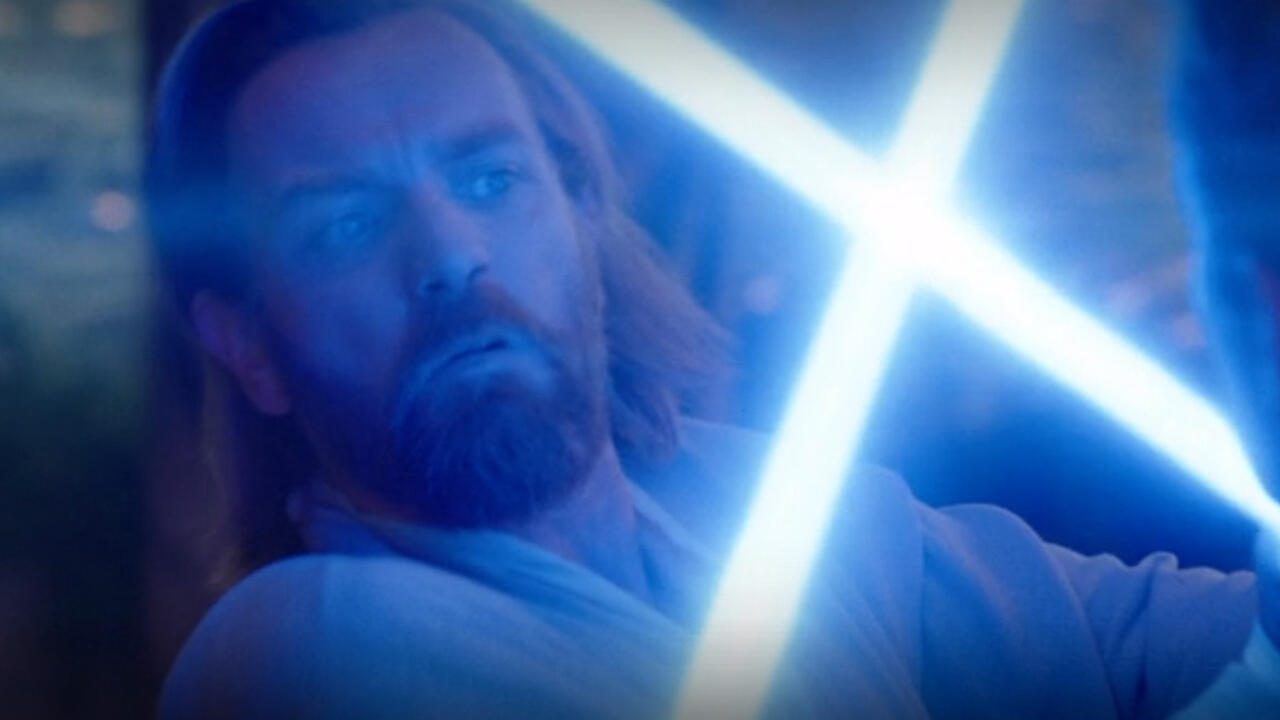 Following a flashback to Obi-Wan training Anakin, “Part V” finds Obi-Wan, Tala, and Leia with The Path preparing to leave. Using the tracker Reva placed on L0LA, the Empire has tracked them and discovered the secret location of The Path. Darth Vader promotes Reva to the post of Grand Inquisitor. L0LA shuts down all power to the port, grounding the escape ship. Leia is put in charge of getting the power back on while Obi-Wan confronts Reva. He pieces together that Reva was one of the younglings on the Coruscant temple and that her ultimate plan is to kill Vader. He proposes they work together, but Reva is only interested in using Kenobi as bait. She forces the doors open with her lightsaber, and the Stormtroopers rush in, pushing the refugees back. 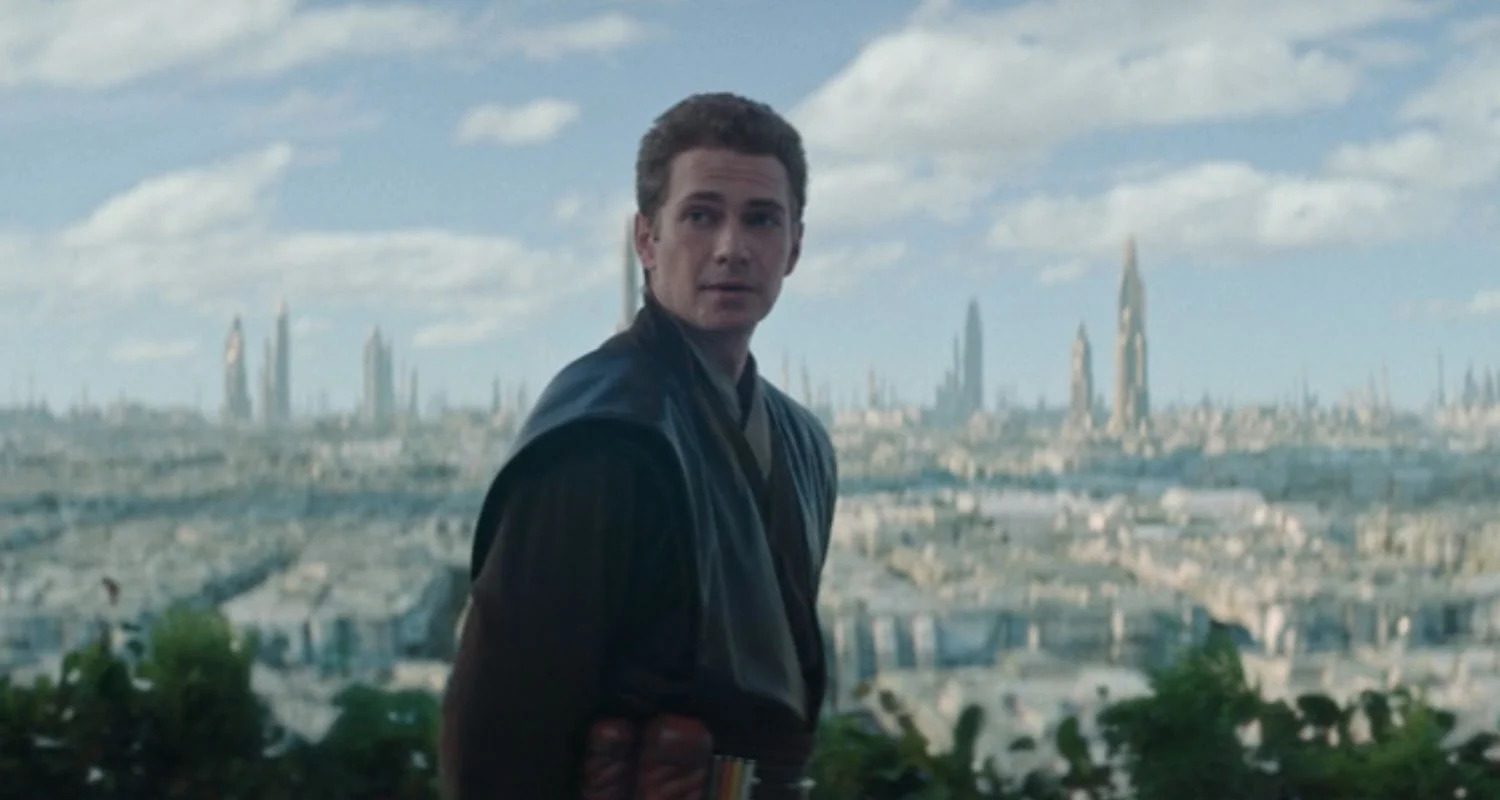 The flashback is revisited as Anakin and Obi-Wan make the same choices (mistakes?) with the present, very real battle. Reva finally captures Obi-Wan, who elects Haja to watch over Leia. He asks Reva if she plans to let Vader do what he did to her all those years ago again here and now. She sends him inside in the custody of two Stormtroopers, whom he easily defeats, rejoining The Path. When Lord Vader arrives, Reva leads him inside where the ship is taking off; Vader keeps it inside the hangar with the sheer power of the Force. He’s distracted long enough by Reva for them to escape but informs her that her betrayal was not unexpected; he knows who she is. Vader merely pushes her back at first, ultimately taking her down with her own lightsaber and returning the Grand Inquisitor pin to its original owner. Reva finds Obi-Wan’s communicator containing Bail’s message: he will go to Tatooine to help Owen with Luke. 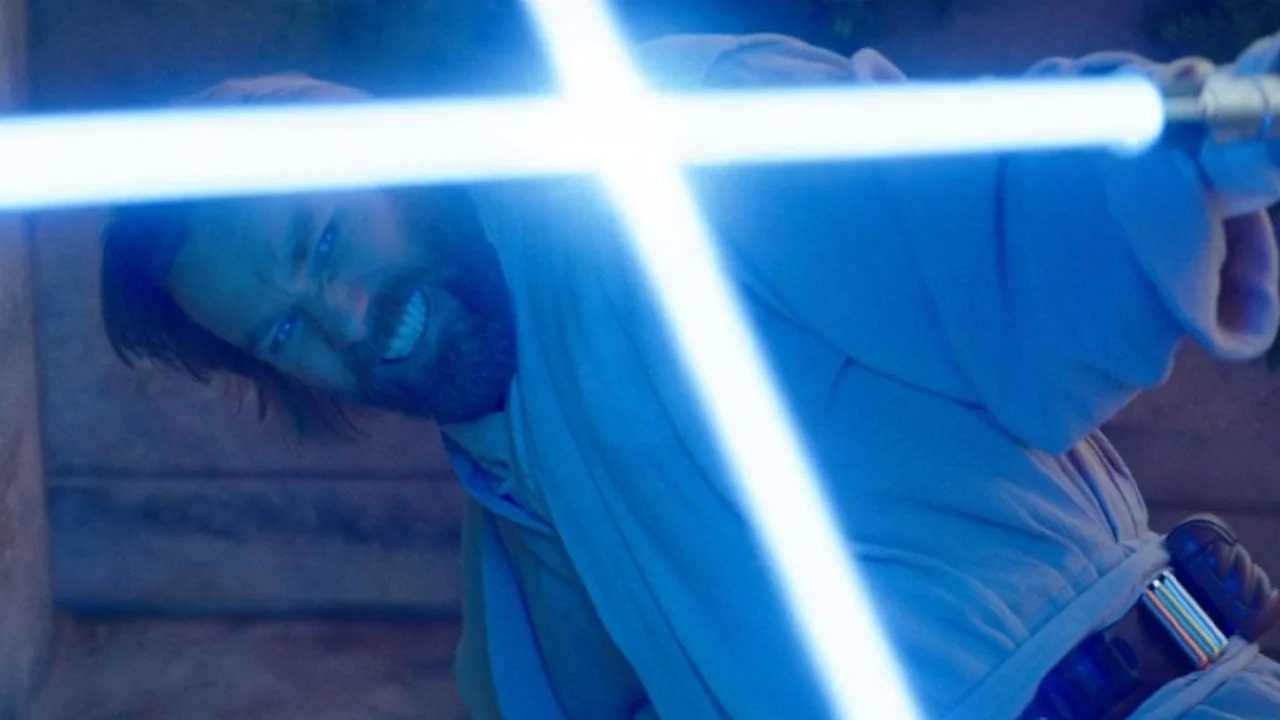 “Part V” follows the same pattern as “Part IV” in many ways. I find myself frustrated by a series that’s nearly over and has yet to justify its existence. However, again, there are things I like here and would have loved in a different context. Finally, we get the flashback people have wanted – young Anakin and Obi-Wan together. This type of connective tissue helps fit separate parts of a larger story together. This was classic Obi-Wan and Anakin, showing the Padawan’s detrimental flaws and Obi-Wan’s attempts at guidance. The two are practicing here, fighting to help Anakin become a great Jedi. But Anakin is overearnest and has a dark streak, taking the fight too far to prove himself. If I could change one thing about this throughline in “Part V,” show the love that these two had. They were brothers and cared for each other, making the present situation more tragic. Have Anakin give a playful smile when Obi-Wan ultimately snatches his lightsaber. Or give Obi-Wan a line about how he can’t deny Anakin’s results even if he disapproves of his methods. They’re taking a page from the Clone Wars playbook in showing that Anakin always had a monster within, but they forget the equally important hero he was. It’s sad that he became Darth Vader because he was a hero, a loyal friend, and devoted to those he cared for. Do the writers remember why Anakin fell in the first place? He cared too much and could not let go of those he loved. This series has repeatedly caused me to question whether the writers understand Star Wars, and here I am again. The problem with Obi-Wan is that its problems don’t exist in a vacuum. Bad Star Wars is permanently attached to the good stuff, dragging it through the mud. I can’t deny that it was cool to see Hayden as Anakin again, but they only let him play half the character. 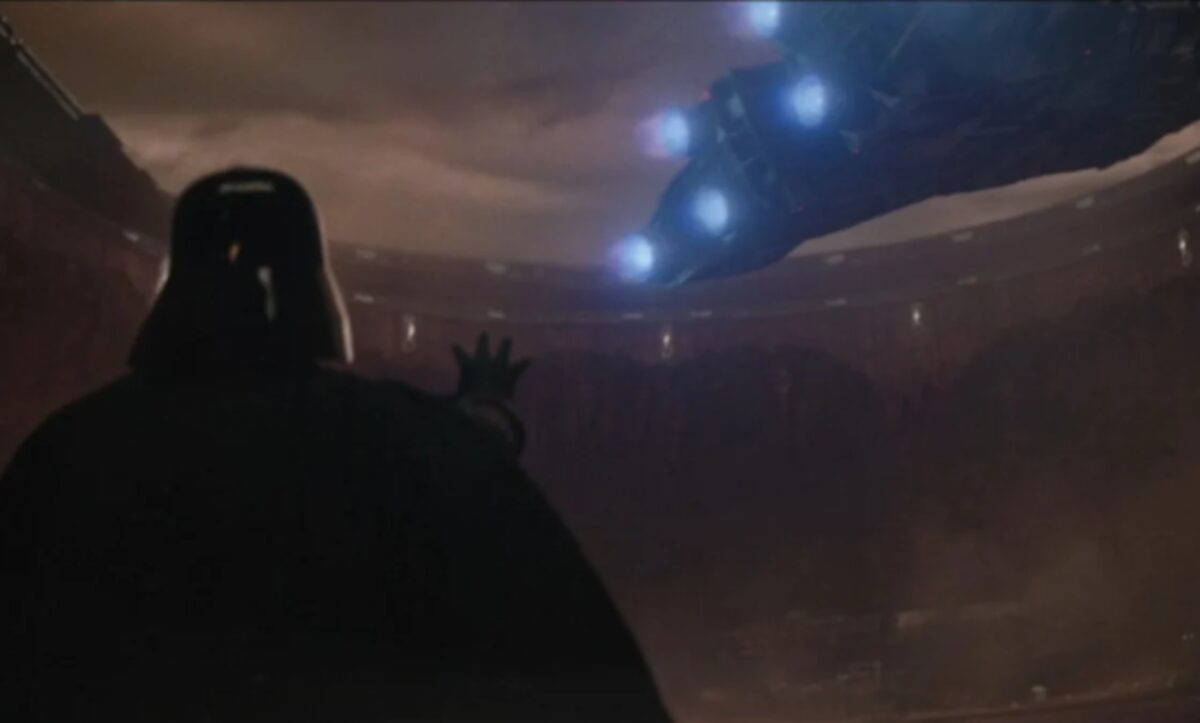 “Part V” also relies on many coincidences, conveniences, and stupidity on the part of Vader and the Empire. Why is Reva willing to talk to Obi-Wan when she can cut right through the blast doors? Why negotiate at all when what you want is everyone inside? When she finally does slice her way in, it makes the preceding scene stupid because she has nothing to gain by listening to Obi-Wan. The truth is, this scene exists for the benefit of the audience, or at least anyone who didn’t already know Reva was among the younglings in “Part I.” Obi-Wan explains her backstory and motivation to her like she doesn’t know it because the writers seriously think we didn’t figure this out in the first episode. The flashbacks connect directly to Reva as she talks about her friends Vader killed. Once he arrives, she sees flashes of Anakin in him. We again see Tala easily taking down fully-armored Stormtroopers despite being considerably smaller and weaker than them. I’m more forgiving of this with Obi-Wan because he’s a Jedi. And once Leia finds L0LA and realizes she’s the source of the problem with the power supply, the problem is instantly solved. She yanks the restraining bolt right off her pet droid and returns to work. This is less of a Star Wars problem and more of a problem with the fundamentals of storytelling at play. Nothing in this series has any stakes because we know what happens in the future and because the writers are constantly undercutting the tension. It’s also becoming tiresome how often Leia and Tala get to be the story’s heroes; this isn’t called The Little Leia Adventures with Friends Tala and Reva. This is supposed to be Obi-Wan Kenobi. By all means, show Leia’s value as an ally, but she’s also ten years old. She solves many of the problems they encounter, some of which are caused by Obi-Wan.

I want to talk about some good things in “Part V” in the interest of fairness and because I love Star Wars. That’s why I’m watching this show at all. I like some of the dialogue here, such as when Tala tells Obi-Wan about her part in killing Force-sensitive children on Garel. Obi-Wan’s second encounter with Reva is also quite good, finally making her see the people she kills for Vader as humans. I don’t understand why Obi-Wan lets her berate him, though. She asks why he didn’t save them from Vader, and he takes it like he didn’t do everything he could. He was busy ending a war and was horrified when he discovered what Anakin had done. It makes sense that she’s angry about this, but his lack of a response doesn’t. I also liked Tala’s sacrifice, even if it’s heavily predictable. It’s well done and meaningful. And Vader looks and sounds great, even if his reasoning isn’t always the best. There have been multiple times he could have caught Obi-Wan and his allies, but every time he doesn’t, it’s because of incompetence and poor decisions. Why does he allow Reva to distract him from bringing the ship down? She’s no match for him, and he knows it. Their fight goes on forever even though he could beat her quickly, and eventually does. Then, this leads to the Grand Inquisitor revealing that he survived and re-taking his position. This was satisfying on some level, even if it never should have been a question in the first place. Finally, how did Reva survive this stab in the gut from Darth freaking Vader? Why have her discover Bail’s message? She has no reason to go after Luke now, and she’s no match for Vader if she plans to protect the boy. For every step forward, this show takes two steps back. It’s frustrating as a fan because there are glimmers of the greatness that could (and should) have been.

“Part V” continues to divide its focus among too many characters. It has enjoyable flashbacks that somehow miss the point, decent dialogue build-up for characters who end up dead in this episode, and a confusing, unsatisfying ending. This show is endlessly frustrating because you can see the seeds of good ideas, but they die in the embers of the scorched earth once known as continuity.

"Part V" continues to divide its focus among too many characters. It has enjoyable flashbacks that somehow miss the point, decent dialogue build-up for characters who end up dead in this episode, and a confusing, unsatisfying ending.

She will likely go after Luke to get back at Kenobi.