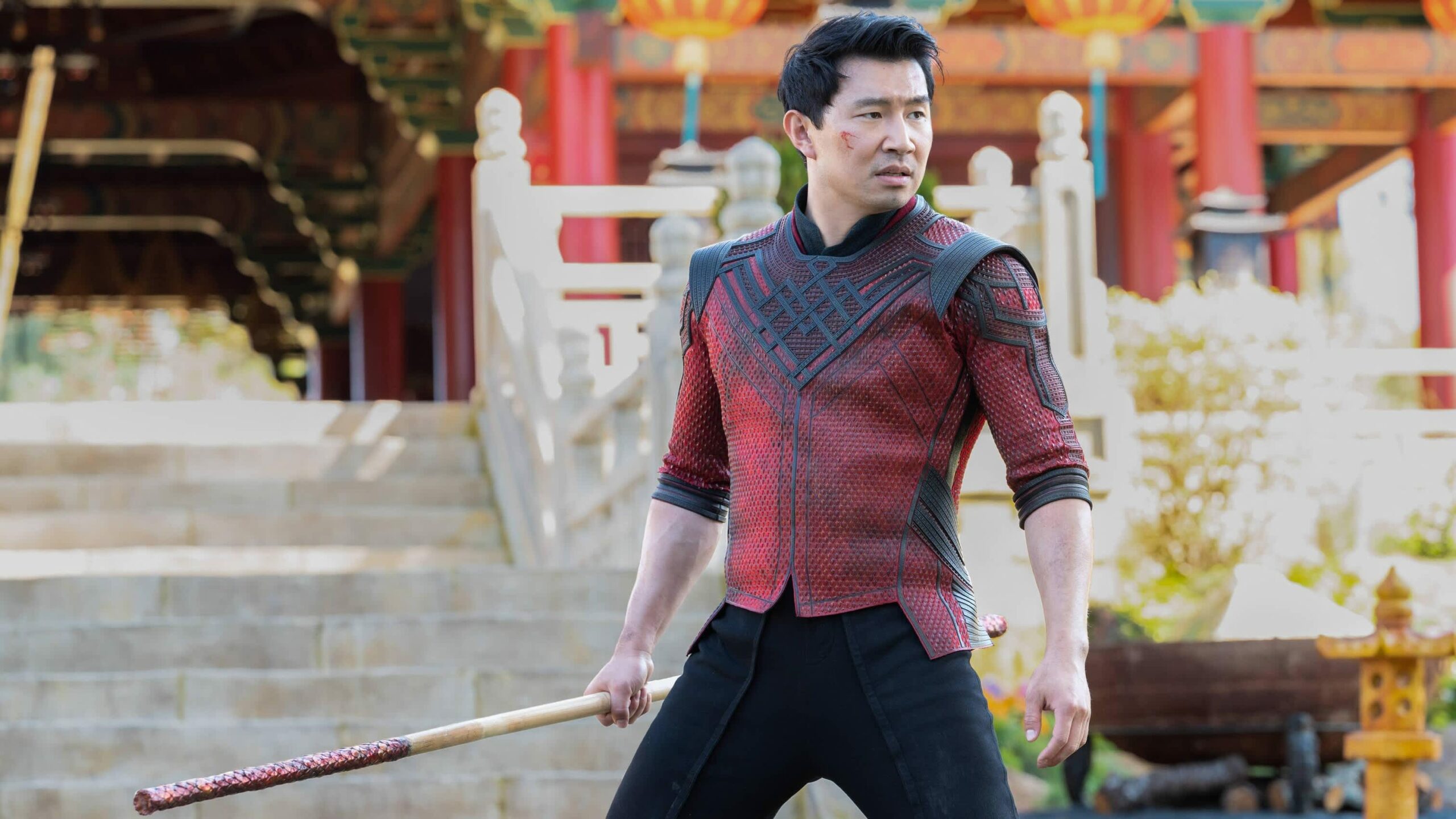 It’s difficult to call Shang-Chi and the Legend of the Ten Rings a disappointment because, by all accounts, expectations for it weren’t exactly soaring. But it still stings when a Marvel movie is subpar, and this one not only falters with its bland story, threadbare character work, unimpressive special effects, and shockingly poor fight scenes, but it even fails to entertain.

Shang-Chi, the son of two mystically powered Chinese warriors and heir to a deadly clan, lives a modest life in San Francisco, far away from his violent past. But when his father’s warriors come for him, he must face his blood-soaked legacy and embrace the destiny he traveled the world to escape.

The story doesn’t get much more interesting than that. Shang-Chi has a very connect-the-dots plot, with each scene serving little purpose other than getting the characters to the next one. This movie doesn’t feel like a story that needed to be told, but a puzzle piece cobbled together because something had to fit into a release slot. Many plot elements and themes are borrowed from other, better Marvel movies, but they don’t have nearly the same impact. The parental trauma that afflicted Peter Quill in the Guardians of the Galaxy films is repurposed, for instance, but feels rote compared to the genuine pathos Guardians had. Bruce Banner’s attempts to run from a dangerous past rather than embrace it and use it for good also return, again in a weightless form, as does T’Challa wrestling with a compromised legacy handed down to him by an imperfect father. It’s like they took whatever bits seemed to work for Marvel in the past and stapled them together in the hopes of crafting something that looked similar enough to fit in with its predecessors. It doesn’t work, and we’re left with an unfinished art project with a familiar shape but no working parts.

Part of that is because the characters feel like we’re reading about them on Wikipedia rather than getting to know them in a movie. Shang-Chi is made up of rough sketches of actual people embodied by actors who do little to nothing to give them life. Tony Leung portrays the long-awaited Mandarin – who is never referred to as that, but by his real name, Xu Wenwu, for a reason that will make you roll your eyes at Disney’s flagellating attempts at virtue signaling – and he wasn’t worth the wait. He’s vastly humanized from his evil overlord comic book origins, but it doesn’t work because Leung can’t sell the deadly side of the character when needed. Effectively, he’s Thanos without the menace, and the result is a film that feels like it has no villain. I don’t expect people unhappy with Iron Man 3’s interpretation to like this one much better. Meng’er Zhang is Xialing, Shang-Chi’s sister, and much like Leung, she can’t manage to make us feel for a supposedly traumatized woman; her anger and hurt towards her brother are over in one scene, dealt with by a single childish trick. (And, of course, we’re told and shown more than once that she’s better than Shang-Chi in every way, because that’s what you need in a movie that exists to establish a character.) Michelle Yeoh shows up and reads lines, and that’s about it. Shang-Chi is a movie populated by mannequins. 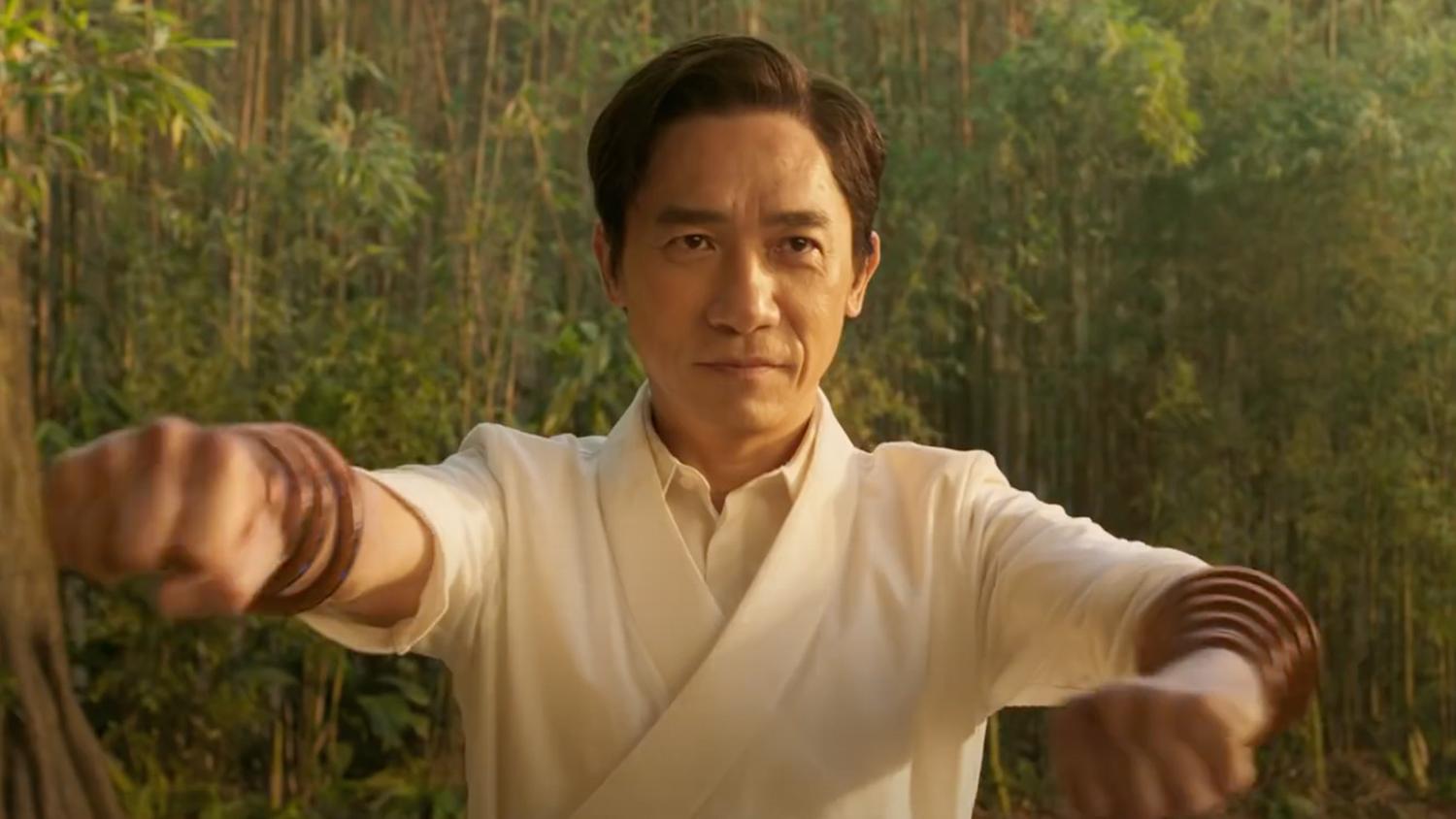 The two exceptions among the underwhelming cast are the leads, Simu Liu and Awkwafina, which works in the film’s favor. Liu makes Shang-Chi personable, someone you’d have been willing to follow through a more fun adventure. There are moments of levity that he handles well, and his shift from affable friend to serious fighter feels natural, if only in the moment. He’s no Tony Stark or Peter Parker, but he’s not half bad. And as Katy, Shang-Chi’s best friend, Awkwafina essentially has a beefed-up version of the Darcy role from the Thor films; I didn’t find most of her lines overly funny, but she’s trying her best with the flimsy script. As with Liu’s Shang-Chi, she isn’t going to be anyone’s favorite Marvel character, but after sitting through the rest of these stiffs droning on for the umpteenth time about mysticism and history and stuff they don’t even seem to care about, a loose, fun lady is a breath of fresh air.

And fun is in short supply in Shang-Chi, because all the aspects of this movie that should have been cool and different miss the mark by several city blocks. Much ballyhoo has been made of the fights scenes based on the trailers, but seeing them in the movie is even worse. Not once does a foot or fist convincingly strike a face; the hits are massively off, with the fist landing several noticeable inches in front of the face, making the victim falling backwards legitimately funnier than any of the intended jokes. That they’re not trying to mock kung-fu movies should insult fans of that brand of cinema. It looks like director Destin Daniel Cretton realized that because most of the action scenes are filmed either from so far away that it looks like a real-enough fight or from awkward angles that obscure the movements. The fights in Iron Fist took a lot of heat (deservedly so), but that show is Enter the Dragon compared to this. The special effects fare no better. None of the mystical elements are convincing, and, like the fights, they’re shot to obscure rather than show off, which gives Shang-Chi an ungainly look. 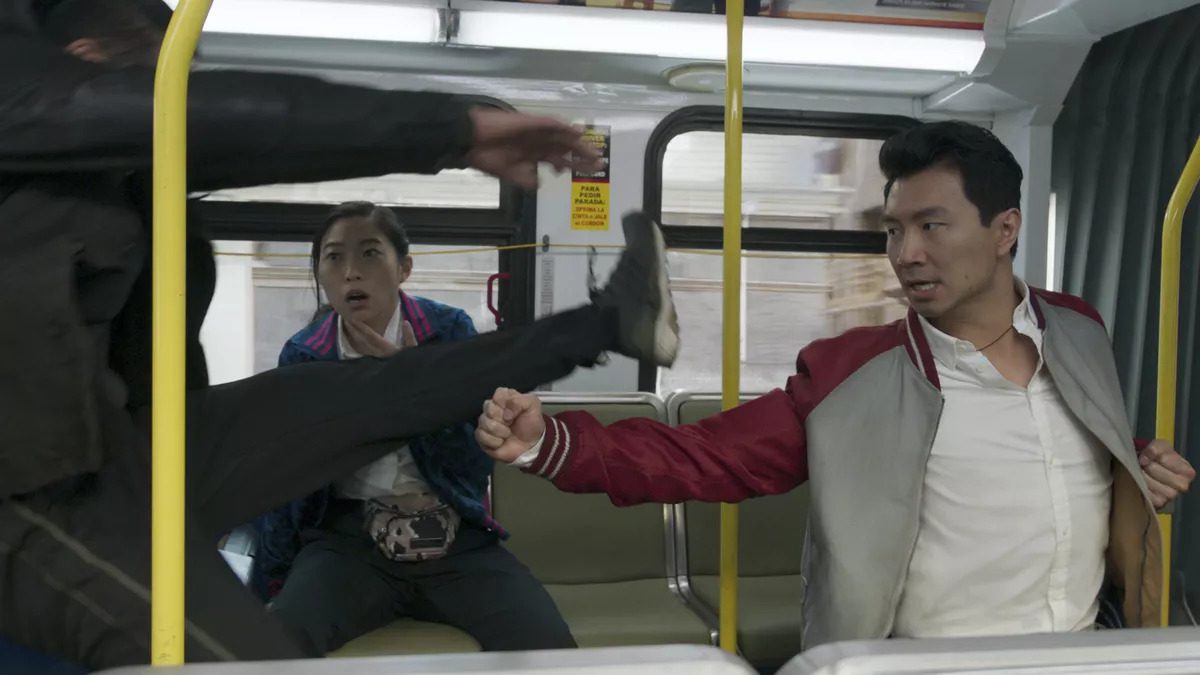 The positive elements of Shang-Chi are few and far between. The score is fine; it’s nothing to write home about, but it ratchets up the tension during action sequences much more than the action itself. While most of the references to other Marvel movies are forced and make little to no sense, there’s one extended one that I found a bit amusing. It goes on for too long, and the reason it exists makes zero sense, but at that point, I’d take anything that would make me smile for a few seconds. That’s pretty much it. This isn’t a good one.

Shang-Chi and the Legend of the Ten Rings is a bottom-of-the-barrel Marvel movie that can’t even muster much entertainment value to make up for its dull plot, lifeless characters, and lousy action. Simu Liu and Awkwafina inject what little life they can into a coal lump of a film, but in the end, this feels like it was an afterthought.

Shang-Chi and the Legend of the Ten Rings is a bottom-of-the-barrel Marvel movie that can’t even muster much entertainment value to make up for its dull plot, lifeless characters, and lousy action. Simu Liu and Awkwafina inject what little life they can into a coal lump of a film, but in the end, this feels like it was an afterthought.

I have questions; was some woke bullshit there? If yes, I am totally out.

Also, is it worse than Captain Marvel and Black Widow? Or slightly better?

It’s Disney, of course there’s woke bullshit in there. I’d recommend pirating it if you’re wanting to watch it.

Worse than Black Widow, for sure. Captain Marvel… it’s kind of a pick your poison.

There’s woke stuff. I didn’t get into it too much to avoid spoilers, but they touch on all the greatest hits; racism, cultural appropriation, how women are better than men at everything. This one is a post-credits scene spoiler so I’ll be vague, but there’s one thing Marvel has done several times now, something a lot of YouTubers have commented on recently, that happens again.

Disney actually could have been ‘bold’ and made a martial arts film. But nope, gotta keep using the same cookie cutter that’s starting to rust away.

And they’re throwing it together so poorly too. Like they’re not even trying to make it interesting anymore. It’s like a half-assed version of four or five other stories they’ve done.