“Victory and Death” begins where “Shattered” left off, with Ahsoka and Rex waiting as the other clones break through the blast doors. When they come through, Rex stuns his brothers. He informs Ahsoka that Maul escaped, and she clarifies that she actually released him intentionally to Rex’s shock. Meanwhile, Maul uses the Force to dismantle the hyperspace generators and kill several clones with them. With the help of a Droid, Ahsoka opens the shuttle bay, but it quickly fills with clones. Rex and Ahsoka come to them, and Rex explains that they don’t have to execute Ahsoka because she’s no longer a Jedi. Jesse reiterates Darth Sidious’ order that they must execute Ahsoka and any clone that disobeys Order 66. The diversion has worked and granted Ahsoka enough time to have one of the droids open the bay floor, dropping the clones onto the runway. It’s an all-out war between Rex, Ahsoka, the other clones, and Maul, who’s trying to escape. Maul makes it onto an escape pod, and Ahsoka tries to keep it on board by using the Force. However, she ultimately chooses to let him go so she can save Rex from the other clones. Using her sabers, she cuts a hole in the floor, pushing herself and Rex a level down. The ship enters a planet’s atmosphere and begins burning up just as Rex hops in another escape pod, gesturing for Ahsoka to join him. They make it to the surface alive, but Rex’s brothers in arms aren’t so lucky. Later, Anakin, now Vader, comes across the wreckage and finds one of Ahsoka’s sabers, taking it with him. 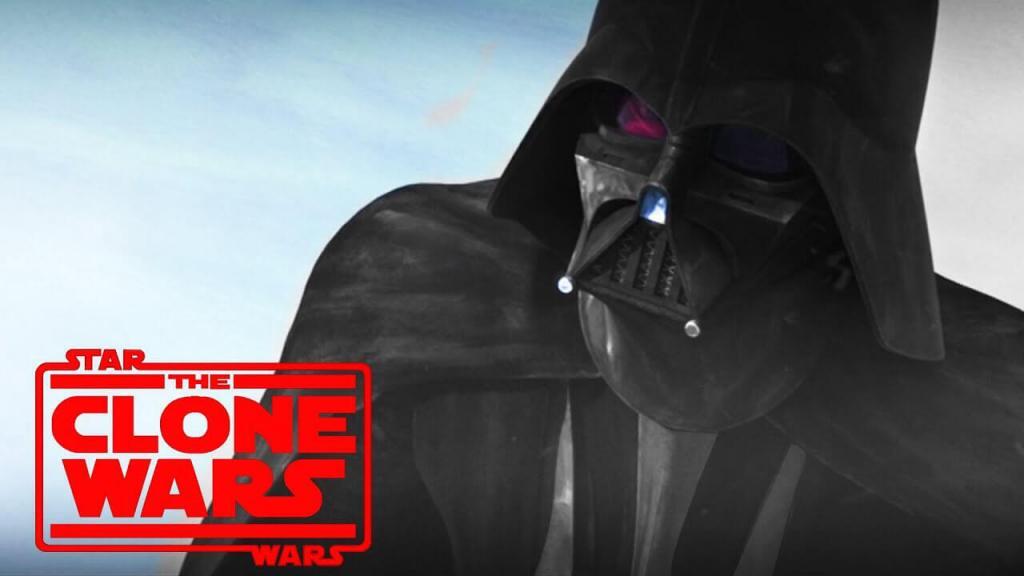 “Victory and Death” is quite the finale to the Siege of Mandalore arc, this season, and The Clone Wars as a whole. I’ve seen a few people already commenting on the bleak ending, but not only do I think it’s perfect, I also don’t know how else they could have ended this show. The end of the Clone Wars coincides with the beginning of the Galactic Empire, so there’s no believable way this could have ended well. The Clone Wars also leaves Commander Rex and Ahsoka Tano, two of if not the show’s very greatest creations, in a very dark place. Rex was not only used as a weapon against his dear friend; he also had to watch helplessly as the same was done to his brothers, and they died unceremoniously. Ahsoka is faced with a couple of hard truths that she was just starting to question, namely the burden of leadership and the dangerous path of the Jedi. When Ahsoka told the Masters she wasn’t doing her duty as a Jedi “yet” in “Shattered,” one got the idea that maybe she was considering re-joining the Order. “Victory and Death” replies with a resounding denial of that very notion, both because the Jedi have been slaughtered by now, and Anakin’s former Padawan lays down her blue sabers he gifted her for the white ones we see in Rebels.

“Victory and Death” is beautifully animated, and both its tone and quality feel cinematic. Now that this arc is complete, I intend to re-watch all four episodes in sequence as a movie. There are a lot of gorgeous shots and imagery throughout the episode, particularly during the second half. I know I say this every week, but that’s because it only becomes increasingly apparent: Kevin Kiner absolutely kills his role as composer. His work in “Victory and Death” is, fittingly, some of his best ever. If the musical score in “Shattered” exuded the dread of an inevitable Order 66, that of “Victory and Death” oozes defeat, despair, and loss. The voice work on display is also incredible. Ashley Eckstein and Dee Bradley Baker essentially have “Victory and Death” all to themselves, and they own it from start to finish. The two have developed quite an intimate, believable interplay over the years, and they give the characters and their friendship a beautiful send-off, especially in such a sad context. 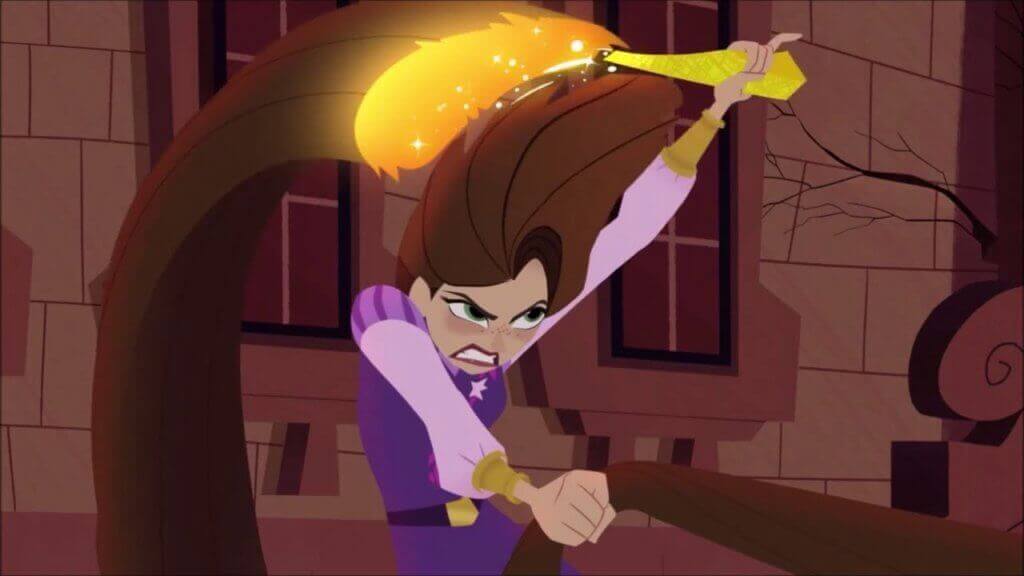 I’m again forced to wish The Clone Wars had been finished before Rebels was made. It’s silly, and things simply are the way they are. However, it’s chilling to even imagine seeing their reunion in the sequel show for the first time without having expected them to ever meet again. This is also a tragic episode with regards to Jesse and the other clones, all of whom lose their souls in their final moments. Order 66 and their inhibitor chips make them into mindless pawns of the Emperor. It’s so tragic knowing that they died in that state, bereft of their humanity and concern for one another and their Commander. One of the show’s crowning achievements has been taking these nameless, same-face replicas of a one-dimensional antagonist and turning them into a legion of individuals with personalities, hopes, and a deep sense of loyalty. It works to tremendous effect when that hard-fought individuality is ripped away. With this, we get something much more similar to how the clones were presented in the prequel films. 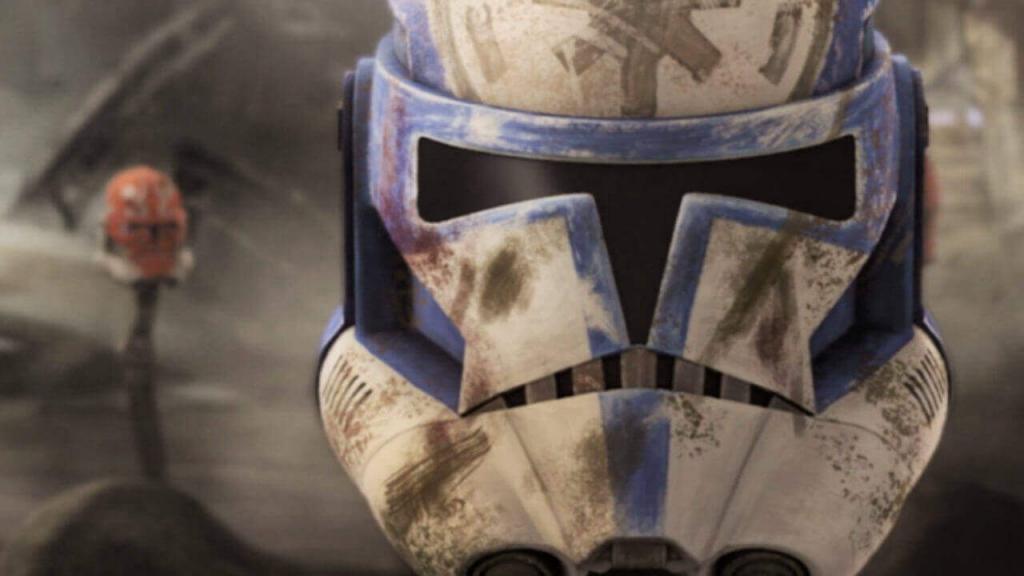 I have to admit, I was at first confused by the episode’s title, knowing that Rex, Ahsoka, and Maul are alive about 15 years later in Rebels. Of course, it becomes clear rather quickly that all of Rex’s brothers are the ones who die, and they do so in more than one sense. Maul’s rampage through the ship is also amazingly animated and genuinely terrifying, especially when he tears the hyperspace generators apart. I do wonder if some characters are too strong with the Force, to the extent that it becomes this unstoppable superpower. This scene is one example, as well as when Ahsoka literally stops Maul’s ship from escaping. This being said, both are such great moments that I almost don’t care. Ahsoka’s willingness to unleash Maul on the galaxy to instead save her friend is moving and chilling. It brings to mind Anakin’s determination to do anything to save Padme, although that, of course, went down very differently. The final time-jump sequence in which Vader finds Ahsoka’s saber is purely haunting. It has great music, animation, staging, and atmosphere, and I love that they leave the series on such a bleak note. The Clone Wars began with Ahsoka earning Anakin’s respect, and it ends with him finding the weapon he gave to her, unsure if she lives or not. I love that we get to see Morai, the owl who represented The Daughter on Mortis, and has become something of an avatar for Ahsoka. Again, I think this would mean more if we didn’t know her fate, but it’s a beautiful touch nonetheless.

The Clone Wars has had a rare advantage in that Filoni and co. have had almost six years to decide how to cap off the show since the first time it was canceled. I think it’s fair to say they undoubtedly took full advantage of those resources in this final arc; the technical aspects are on point. However, to me, it’s far more critical that characters and relationships are represented and resolved satisfyingly. The Siege of Mandalore arc, only half of which comprises the siege in question, is the best story the series has ever told. The visuals and music have been incredible, and the four episodes are absolutely movie quality. More importantly, the characters have been respected and served well throughout all four episodes. I’m going to miss this show, and I’m sure that this time, unlike the previous two times the show had “ended,” they really are done. But this absolutely was the right way to end a show that started off mediocre and became some of the best content Star Wars has to offer. “Victory and Death” is a perfect episode and a flawless farewell to these characters.

The Clone Wars – "Victory and Death"

"Victory and Death" is a perfect episode and a flawless farewell to these characters.