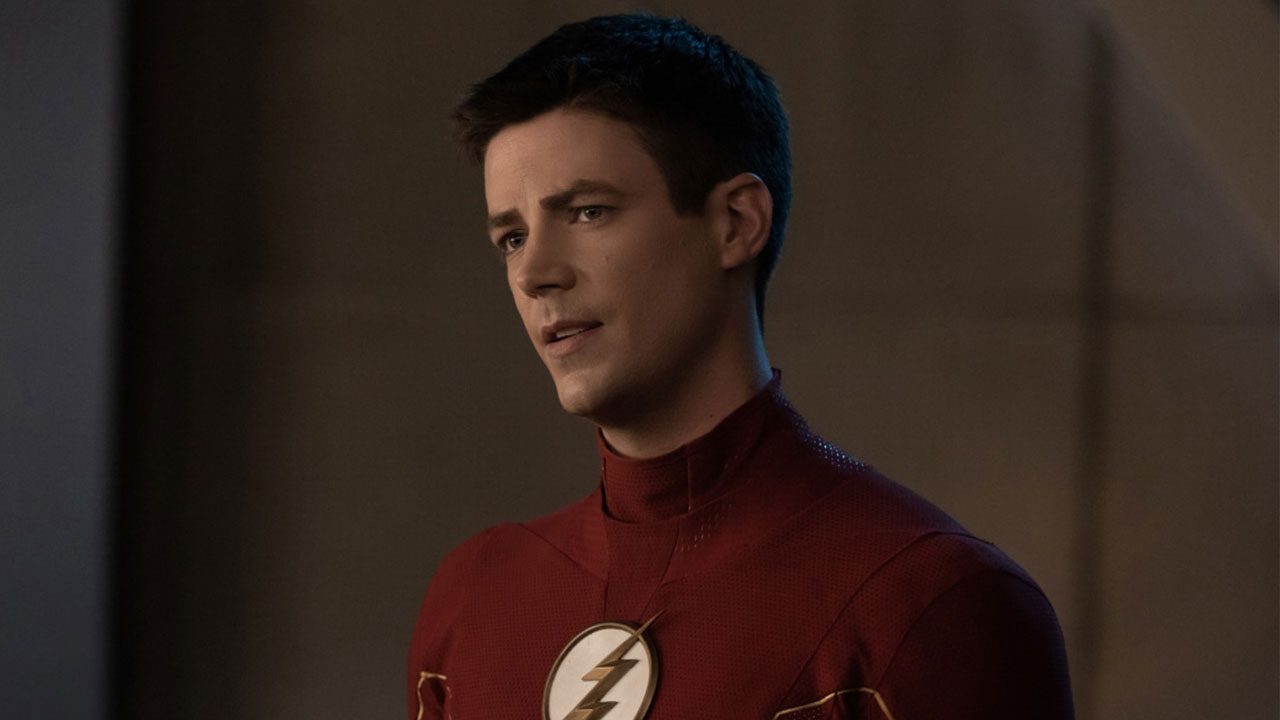 The Flash may have averted Armageddon, but his greatest test is yet to come. “Armageddon Part 5” puts yet another new spin on the theme that has fueled not only this season-opening miniseries but much of the show from the beginning. That it incorporates the central characters and plot elements from the arc is impressive, and a few holes and irksome points – mostly with the usual suspects – can’t take away from its storytelling power.

Barry celebrates his victory with friends and family who never knew anything went wrong. An old enemy returns for a surprising reason, forcing Team Flash to wrestle with a moral dilemma.

“Armageddon Part 5” opens in the most gratifying way possible, with Barry finding Joe very much alive and hugging him like he’s clinging on for dear life. Joe is essential to The Flash, and while Armageddon has been mostly terrific, Joe’s absence has been felt. The writers understand this, and the scene plays out as the audience reconnecting with Joe along with Barry. Joe isn’t just assuring Barry he isn’t going anywhere; he’s telling us too. The dynamic between Barry and Joe is as crucial as the one between him and Iris – Joe is the constant for Barry’s soul, as Iris is the constant for his heart – and this episode reinforces that notion.

This time, Barry’s problem is something for which he needs Joe’s help. Eobard Thawne is back, as he always is when things are finally going well for Barry. But in “Armageddon Part 5,” he isn’t here to menace but to ask for help. Thawne has tampered with time once too often, and now he’s being erased from existence. But unlike his previous temporary deaths, there will be, as Thanos would put it, no resurrections this time; Eobard Thawne is about to be gone for good, no longer able to menace Barry or hurt innocent people. But he’s got one last trial to put Barry through, and it’s not a physical one: Thawne asks Barry to save him.

The greater vs. immediate goods are at war again, and in “Armageddon Part 5,” they’re over Barry’s arch-enemy. Is it better to save an evil man or let him die and save countless others? The characters come at this from several angles; Allegra and Chester, idealists newbies who look up to the Flash, believe it would be wrong to abandon him. Guest star Mia Queen argues that saving him will result in more people dying, more attacks on Barry and Iris’ family – one of which could prove to be successful. And Caitlin, surprisingly, just wants revenge and will enjoy watching the man who tormented her friends and caused her fiancé to die finally get what he deserves.

What’s great about all of these perspectives is that they’re both understandable, and they come with qualifiers. Chester and Allegra believe in what the Flash stands for, but they also have the luxury of never truly experiencing the horrors of which the Reverse-Flash is capable. Caitlin is correct that Thawne has earned a slow and painful death for all the evil he’s committed, but she’s also compromised by her personal dealings with him. And Mia makes a great point to Iris about putting her family’s safety above her ideals, but she’s saying this as someone who’s desperately trying to save a member of her own family, so she’s likely not too clear-headed at the moment either. 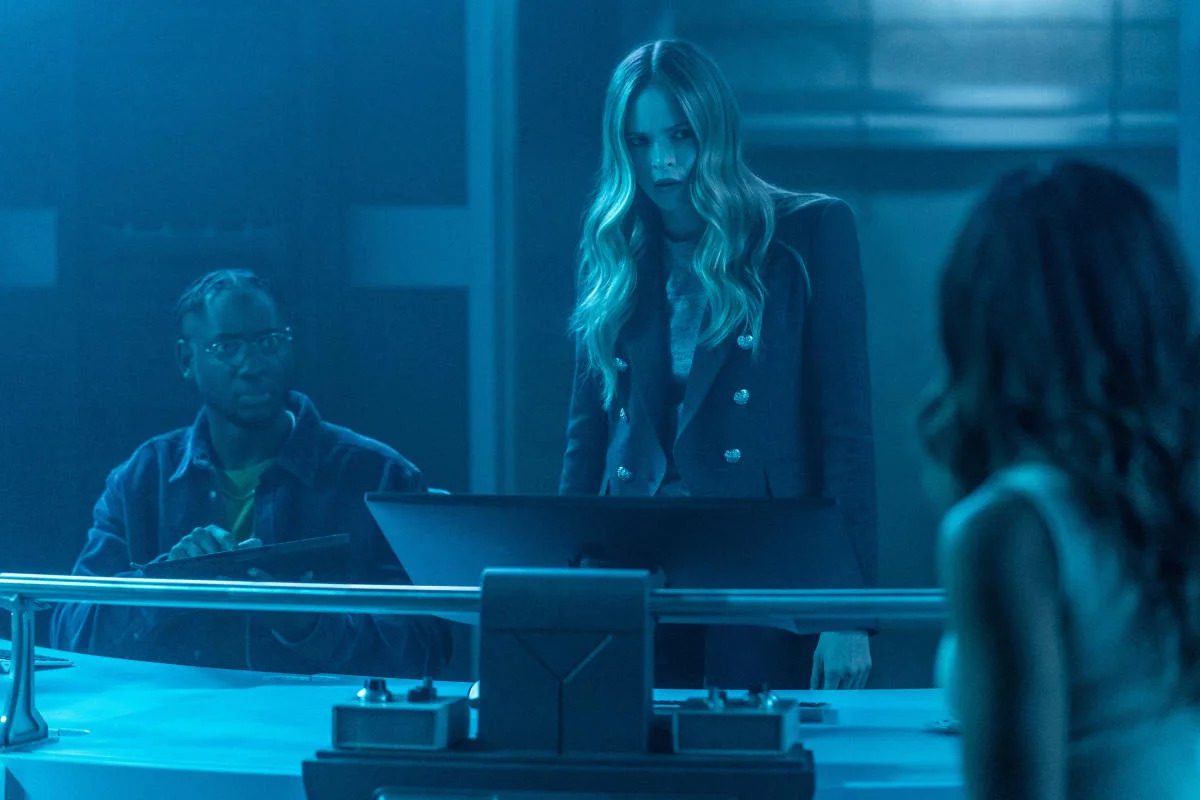 In the middle is Barry, struggling to find the right answer. His instincts, as always, lean towards the immediate good, but he’s faced with saving the man who’s hurt him more than anyone, in ways most people will never experience. So he takes a sensible approach in questioning Thawne about his motives, as well as his intentions should he survive his impending doom. Barry is looking for a reason to hold to his ethics, something to indicate that Thawne is worth saving. And Thawne refuses to give it to him; he clarifies that he was always spurred on by selfishness and arrogance and will continue to foment evil and death if he lives. So Barry and Iris decide it’s best just to sit back and let fate take its course.

And Joe West will have none of it. As the man who raised Barry, Joe is the one who instilled his moral code in him, and he’s outraged that his kids could choose to effectively kill someone, especially once Barry reveals that he knows how to save Thawne. In letting Thawne die, Barry is thinking with his heart, imagining a yellow blur murdering Iris or taking Joe from him again. But Joe argues from the soul, making Barry understand that a piece of himself, his heroism, will be lost forever if he allows an evil act for the greater good. As always, Joe returns Barry to the path of the hero, once more refusing to lose who he is. (I can’t be the only one who was reminded of the scene in the comic story “Hush” where Batman and Commissioner Gordon debate killing the Joker.) And – conveniently, one might say – the solution involves stripping Thawne of his powers forever, removing the threat he poses so he can be locked up for the rest of his life. Everybody wins!

Well, not everybody. Despero shows up with another perspective, and one in line with his actions throughout the four previous episodes. He’s come from a future that Eobard Thawne destroyed, and he remembers all the times Thawne has risen from an apparent grave with his powers intact. Despero knows the only way to stop Thawne for good is to kill him once and for all, and allowing the timeline to erase him is their one chance to achieve that. And once Barry rebuffs him, Despero’s escalation of his attack on the Flash resurfaces when he tries to eliminate Team Flash before they can save Thawne; he is willing to sacrifice the few for the many, even if they’re innocent. Despero is the personification of everything Barry has struggled with over the years, and their final battle is Barry putting to rest the idea of abandoning his principles. 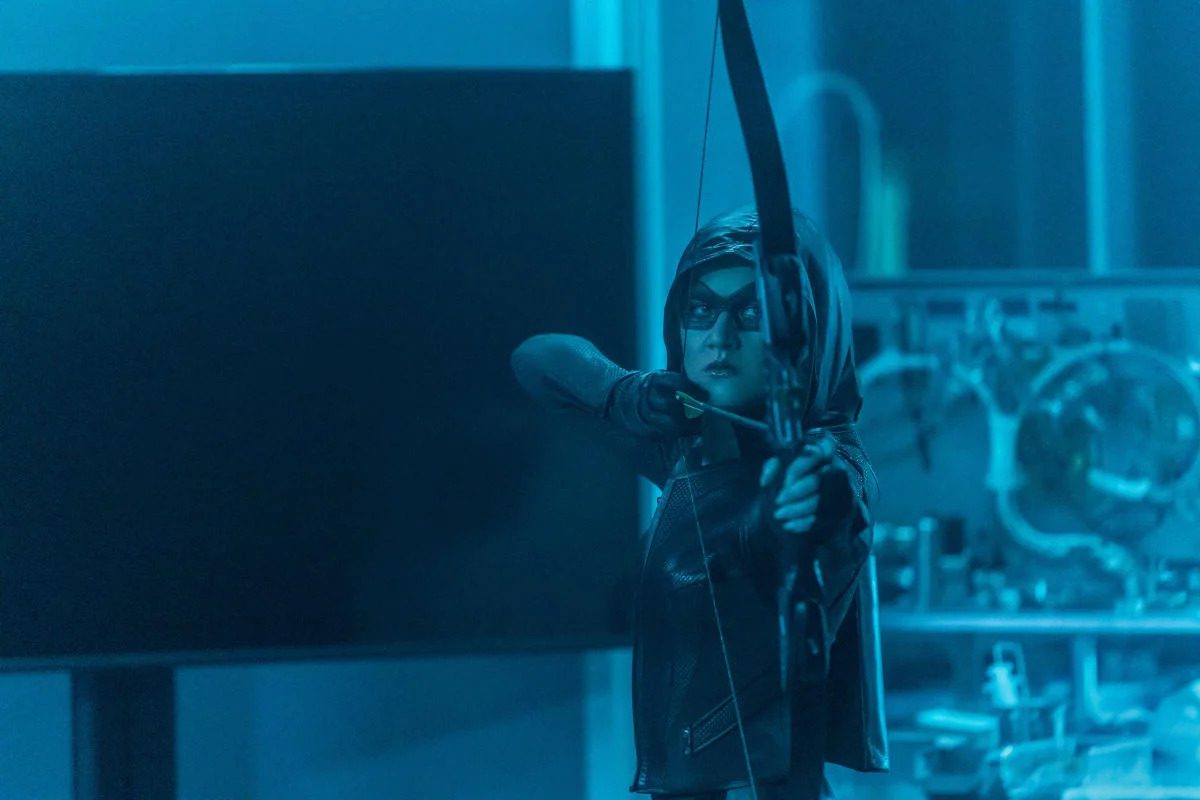 I was skeptical of how well “Armageddon Part 5” would function as the last leg of the miniseries, but everything came together in an episode that initially felt like a coda more than anything else. Despero’s involvement not only makes sense but sums up his philosophy and his quest to save the future. Joe’s previous absence is justified as part of Barry’s deconstruction by giving him the advice no one else can. Eobard Thawne goes from villain to victim in a way that never betrays his character and develops Barry even further. (And how great is the contrast between them? Look at Barry when Joe calls him a hero early on; he looks uncomfortable, because he’s humble and selfless. Thawne’s revealed origin – that he turned to evil because Barry stole the limelight from him at a public event – is the exact opposite, illustrating a man who craves adoration, as opposed to one who avoids it.) Even Damien Darhk returns, and he acts as a counterpoint to Joe, a father who only wants to save his child, albeit from death as opposed to dishonor. (He’s also, as he was last week, a contrast to Thawne, letting himself die to save others rather than desperately trying to live, no matter the consequences.)  It’s clear Armageddon had a carefully plotted story, and upon watching it, this feels like the only possible conclusion.

But there are a few nagging points that taint it. First, Barry just drops the reveal that Despero was actually the evil tyrant of his planet rather than the rebel leader. This is a fine twist, and it makes sense for the character – looking at the measures Despero takes on Earth for the greater good, it isn’t much of aleap to believe he’d subjugate his people because he thinks he knows what’s best for them. But that’s something Barry either should have learned on his own or should have slowly come to realize rather than a throwaway line in a climactic fight. Despero’s fate is a bit unclear as well; he says he’ll be back, but then he seems to burn up and disintegrate. I hope he’s not dead, but if he is, a little confirmation would have been nice. Then there’s Mia Queen; I like her, and she fits in the episode, but her search for her missing brother is a big plot point to introduce out of nowhere. I assume this ties into another show (it still makes me laugh that they wasted one of Arrow’s last few episodes on a backdoor pilot that never happened), but it’s unsatisfying for people who just watch The Flash. And it’s a little hard to swallow that she’d abandon her single-minded hunt for her brother to attend a cocktail party. This is a small matter – especially since they’ve done it a million times now – but I don’t like how Cecile casually invades people’s thoughts and the morality of it is never mentioned, especially since it’s so connected to the show’s central theme. And, finally, I’m so tired of Chester and Allegra’s Moonlighting nonsense. They clearly want to be together, they say it openly, yet they can’t even talk to each other at a party? Are these adults? But these are molehills among mountains; the Armageddon finale is fantastic. 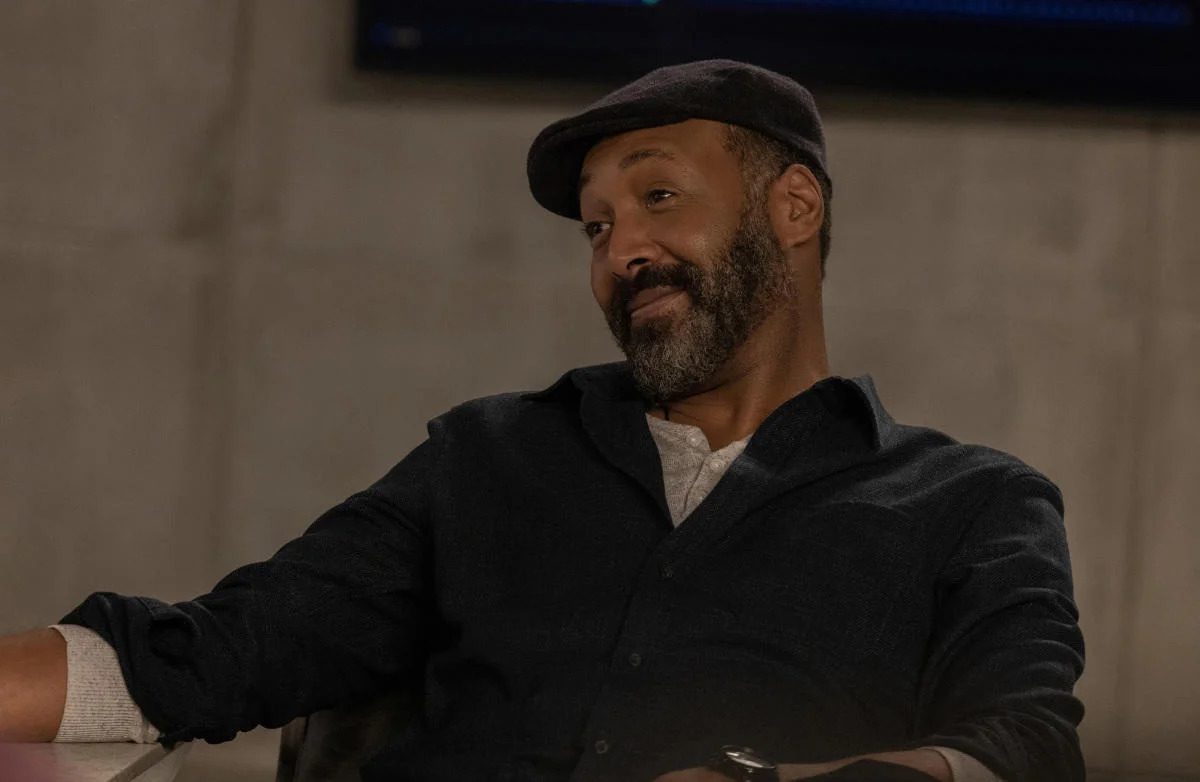 “Armageddon Part 5” is a sensational capper to an excellent miniseries, tying all its plot threads into the main theme and giving each character a satisfying arc, even the villains. A few problems are minor nuisances, but The Flash did good this time.

“Armageddon Part 5” is a sensational capper to an excellent miniseries, tying all its plot threads into the main theme and giving each character a satisfying arc, even the villains. A few problems are minor nuisances, but The Flash did good this time.