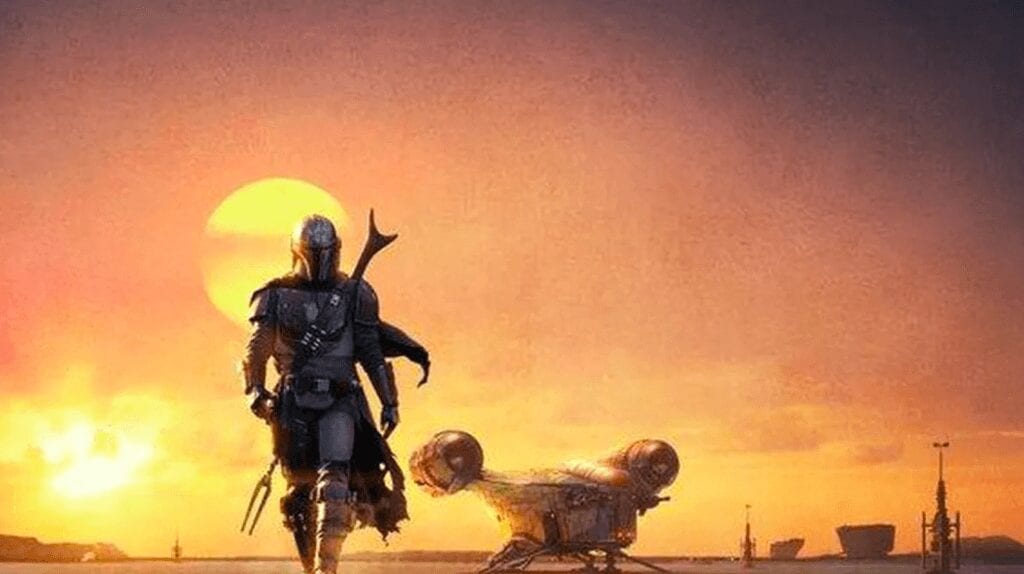 To say the Disney+ series The Mandalorian was highly anticipated would be an understatement. To be honest, with the state of Star Wars being what it is, I haven’t really been looking forward to it; I wasn’t even sure if I was going to watch it at all. In spite of the impressive talent involved and the minimalist marketing scheme, these days it’s just hard for me to get excited about anything coming out of Lucasfilm. However, I got the app for free through my phone service, so I decided it couldn’t hurt to watch it and form my own opinion. Let’s dive in.

The Mandalorian begins in a tavern where a brawl breaks out. Our hero is challenged by a ruffian claiming that the “Mando” spilled his drink. He easily dispatches the threat and leaves with his bounty, telling the unsuspecting man, “I can bring you in warm, or I can bring you in cold.” His prisoner tries to sneak off the ship under the pretense of going to the bathroom, so the Mandalorian instead freezes him in carbonite. As he turns in his catch for half-price, he accepts another bounty. He arrives on the designated planet and is attacked by the wildlife. An alien subdues the creatures and offers to guide him to the target. His escort heads home, leaving the Mandalorian to face what lay in the compound alone. Aided by a droid belonging to the same Bounty Hunter guild, he slays everyone in sight. Once he reaches his prize, however, it’s not quite what he expected. 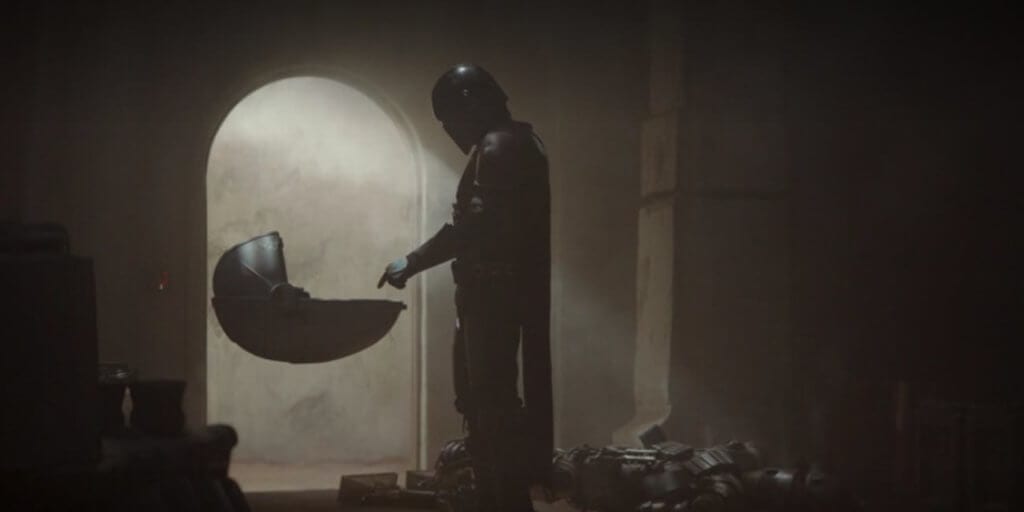 The Mandalorian’s first episode looks great. The cinematography, costuming, and set design do grant the series an epic feel with a Western twang. The title character is shrouded in mystery, and I like the archetypal simplicity of the supporting characters, though I assume they’ll reveal and develop more with the coming episodes. Pedro Pascal carries himself with a world-weary tough guy charisma, but we get hints at something more, like when he donates metal to support foundlings. I took this to mean orphans, which he says he was. Carl Weathers briefly appears as Greef Carga, an informant who supplies the hunters with targets. Taika Waititi voices IG-11, the Mandalorian’s sidekick on the eventual mission. Werner Herzog appears as the client supplying our eponymous lead with the mission. Waititi’s voice is unrecognizable, which makes sense as he’s voicing a droid, and this is essentially a bit part anyway. Weathers is likable enough, but Herzog’s performance is striking, and for once doesn’t remind me of anything we’ve seen in Star Wars before. I hope we see more of this character throughout the season. Nick Nolte voices Kuill, the alien who guides the Mandalorian to the location of the episode’s ultimate showdown. I liked this character and his quirks, but I doubt we’ll see him again. “Chapter One” gives us a reasonable understanding of its principal character as a seemingly ruthless bounty hunter who harbors a soft spot for the innocent and abandoned. You can definitely see the fingerprints of Jon Favreau and Star Wars veteran Dave Filoni on The Mandalorian, unlike Disney Channel’s Star Wars: Resistance. 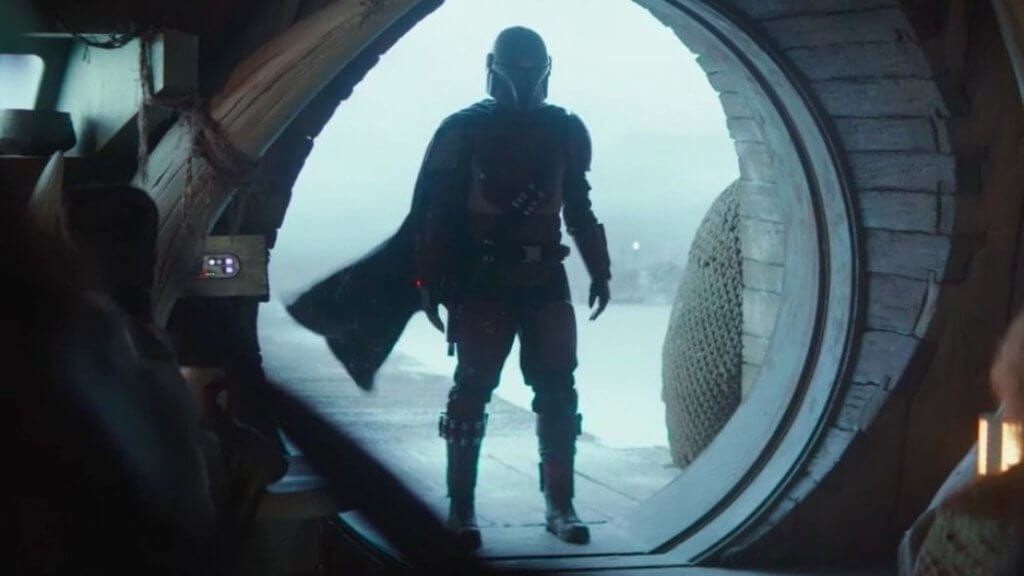 However, while “Chapter One” has great elements, it’s not a great episode. I can think of a few series pilots that grab your attention from the first frame and never lose it, and “Chapter One” isn’t one of them. The story is very paint-by-numbers, which doesn’t have to be a bad thing. The original Star Wars was a very formulaic hero’s journey, but it was full of laughs, heart, and dread that kept the audience alert and interested. Many of the best movies and shows employ well-worn tropes and archetypes to communicate with the audience, but for that to work, you have to dress up the story and characters a little bit with pleasant diversions. It’s entirely possible that, as the series progresses, these things will be introduced. A lot of shows get better and better after their pilots, and “Chapter One” isn’t bad by any means. I just don’t see where all the lavish praise for the premiere is coming from. The episode does attempt pathos and comedy, the former varying and the latter falling flat. The brief flashbacks to the Mandalorian’s past are effective, and I imagine we’ll learn more and grow attached to the character in the coming episodes. There’s a cringe-worthy reference to everyone’s least favorite Christmas special and a few other inside references throughout the episode, though most of them don’t stand out too much. I’m somewhat surprised and perplexed by the baby the Mandalorian rescues at the episode’s end. I had guessed it would be a baby or someone similarly weak and innocent, but I was shocked when it was first shown to look like a baby Yoda. Is it merely a creature of the same species, or is it Yoda reincarnated? Surely not, as The Mandalorian takes place after Return of the Jedi and before The Force Awakens. After all, Yoda appeared in The Last Jedi as a force-ghost; why would they revive him in this manner beforehand? I expect we’ll know soon enough if the implication is that the baby is Yoda and where he goes from here. However, I hope it’s simply a similar-looking baby. The Star Wars universe needs to get away from established legacy characters, and I’d have expected this series to be a significant step in that direction.

The visual effects in “Chapter One” are serviceable, and the action is pretty good. Some of the CGI aliens are kind of goofy, and I definitely prefer those created with make-up or puppetry, but I always feel that way. The skirmishes in “Chapter One” feel gritty and weighted rather than slick and produced, which I appreciate. The stakes feel real, and if they’re planning on using Herzog’s character as the villain, this could be a really great face-off. The music provided by Ludwig Göransson is interesting and, at times, great.

Overall, “Chapter One” isn’t a great episode, but it’s good enough. I like the look and overall mood of the show. There’s definite room for growth in terms of investment in the story and attachment to the characters. I’m OK with that, though, as this is only one episode of eight. I’m going to continue with the series and see how it develops, and you can find weekly reviews right here on Geeks + Gamers.

The Mandalorian Chapter One

Overall, The Mandalorian is probably worth a watch. The acting, visuals and music range from good to great. The story and characters could use some work, but this is just a pilot.