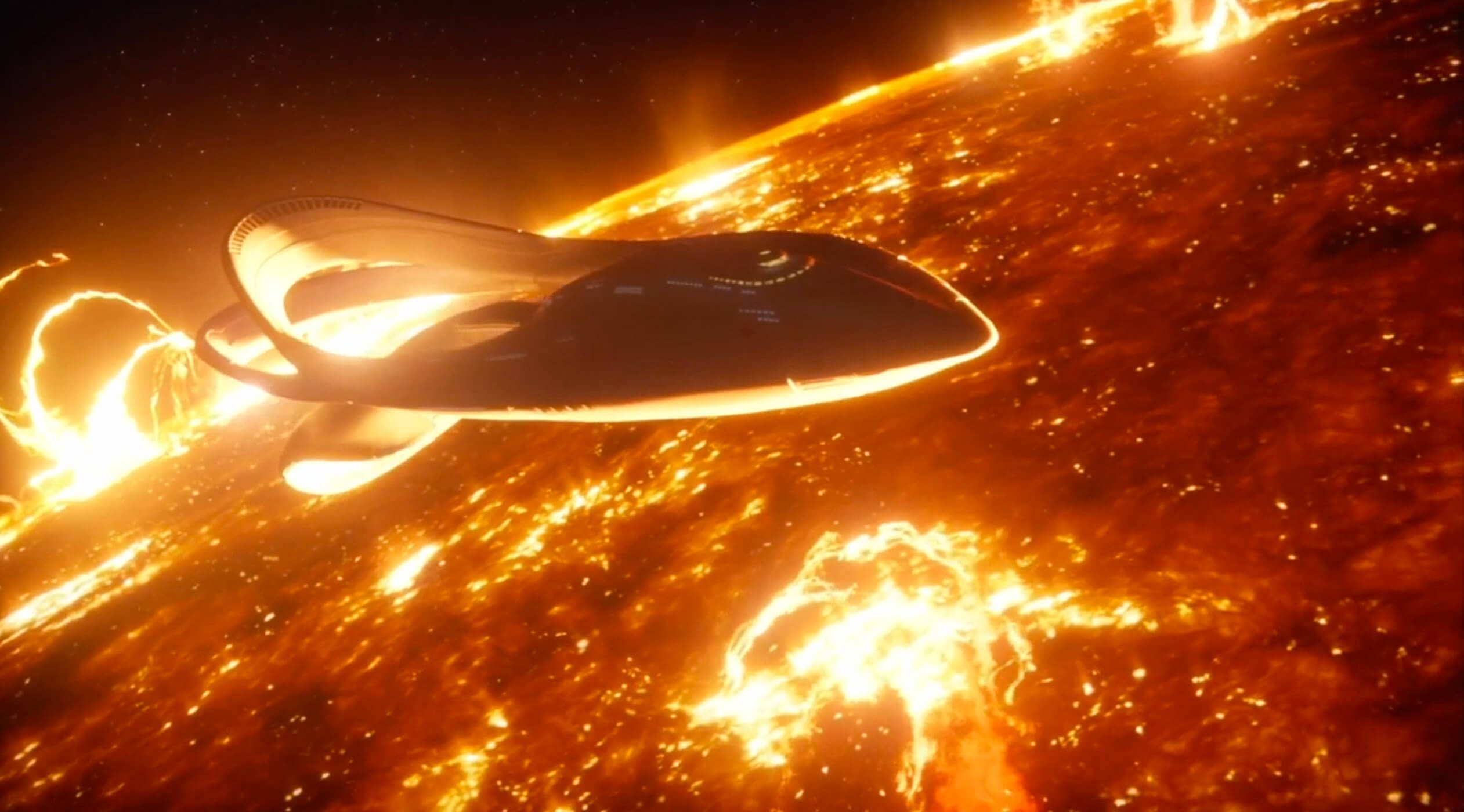 As with its first season, The Orville is kicking off its second run with two episodes in the first week. “Primal Urges,” airing in the show’s traditional time slot on Thursday night, is the lost episode from season one after Fox bumped it due to “scheduling.” It’s fairly easy to tell, too; there are no references to the events of “Ja’loja,” which were quite significant for the ship’s crew. (In an episode almost entirely about Bortus, you’d think he’d have mentioned his recent annual urination ritual.) It does, however, build on a plotline from the first season that, after the third episode, remained in the background. The choice to put “Primal Urges” where it is makes sense; it had to be aired early in the season before it would conflict too much with the new story threads, but it wouldn’t have worked as a season premiere. The good news is, since it’s mostly about Bortus and Klyden, it doesn’t break the continuity too much (maybe Lt. Tyler was sick this week). The bad news is that it is easily one the show’s lesser episodes.

Bortus makes a habit of leaving work early to spend time on the Environmental Simulator, causing strain in his marriage to Klyden. Ed once again finds himself having to reconcile Moclan culture with his own values. The Orville crew observes a planet about to be consumed by an exploding star but discovers the rock may not be as uninhabited as they thought.

It isn’t all bad, though. “Primal Urges” does use Bortus’ problem to expand upon his conflict with Klyden from season one. He began using the Simulator for sexual release because he has been unable to forgive Klyden for turning over their daughter for a sex change operation – which, by the way, was handled in a much more interesting and complex way than the porn addiction in this episode. This adds a very important wrinkle to the story, as suddenly Bortus becomes more sympathetic; I’m not typically someone who thinks a cuckolded spouse is to blame for their partner’s infidelity (which is why I get angry at Kelly’s constant deflecting of blame for her own cheating back to Ed), but what Klyden did to their baby, over Bortus’ strenuous objections, was pretty monumental. Klyden’s attempt to “divorce” Bortus is also a smart way of giving some clarity to his position as well; Klyden is, ultimately, a victim of his own backward culture, and Bortus’ understanding of the stabbing is the first indication that he may eventually be able to forgive Klyden.

The other indication is Bortus’ role in the rescue attempt on Nyxia. “Primal Urges,” for all its faults, brings the A and B plots together perfectly, using the love between the doomed First Minister and her surviving husband and children to remind Bortus of everything he has, and everything he stands to lose. His distaste at Isaac’s idea of choosing who will and won’t die based on intelligence shows him the value of clinging to one’s culture and ideals, just like Klyden did (although the circumstances are much different). It is through observing the nobility of sacrifice and the fleeting nature of tomorrow that Bortus rededicates himself to his family.

There are other virtues to the main plot of “Primal Urges.” While I didn’t care for the porn simulations, the couples therapy session with Claire is hysterical, and it brings some of the more important issues between Bortus and Klyden to the fore. I also enjoyed seeing Ed have to navigate another cultural hot potato, and his resulting exasperation at Moclan culture. (“This is… this is insane! I can’t have a normal ship with normal people? It’s gotta be all… stabby and…?”) Bortus’ explanation of sexuality to Isaac is quite apt. And the use of Ed and Kelly’s failed marriage as a cautionary tale is both funny and hopeful, for Bortus and Klyden as well as Ed and Kelly. This is where the displacement of “Primal Urges” may become a problem; several moments illustrate the bond between the captain and his first officer, the best one being the mixing of the clouds in their shared “day drink.” This isn’t necessarily a detriment, but given the events of Sunday’s “Ja’loja,” it feels a little out of place, and if the episode were kept where it was supposed to be, the hints at their connection would’ve carried more weight leading into the season one finale, “Mad Idolatry.” Regardless, the clouds joining is a beautiful image, as is the ultimate destruction of Nyxia, tragic though it is.

“Primal Urges” is far from a bad episode, but it is probably the worst one so far, suffering from its rescheduling, its off-putting (and too frequent) fantasy scenes, and its insistence on beating the central metaphor into the viewers’ heads. However, it does present some interesting moral dilemmas and a pair of gorgeous sci-fi images, and while the Simulator scenes miss the mark, other sequences are hilarious. Calling an episode of The Orville a must-watch is a no-brainer, but I don’t imagine many fans will be watching “Primal Urges” over and over.

“Primal Urges” is far from a bad episode, but it is probably the worst one so far, suffering from its rescheduling, its off-putting (and too frequent) fantasy scenes, and its insistence on beating the central metaphor into the viewers’ heads. However, it does present some interesting moral dilemmas and a pair of gorgeous sci-fi images, and while the Simulator scenes miss the mark, other sequences are hilarious.