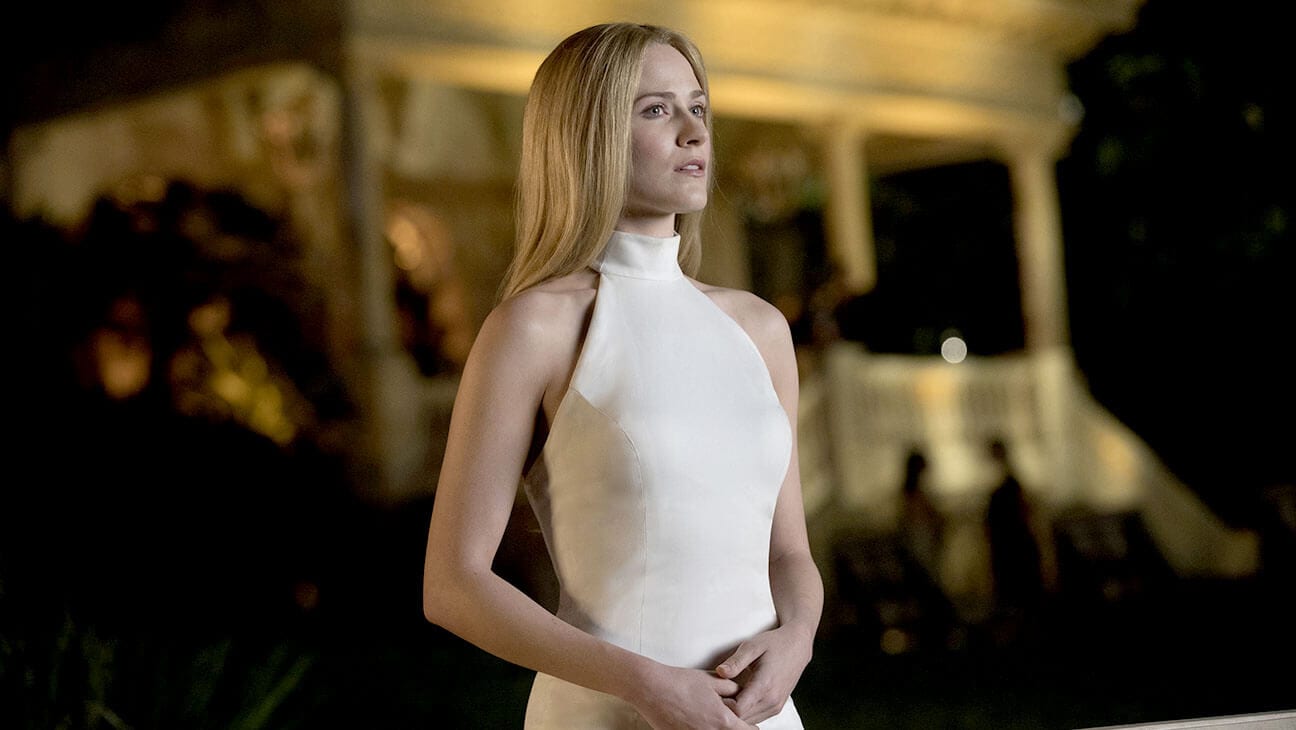 “I used to see the beauty in this world. And now I see the truth.”

“Reunion,” this week’s Westworld, opens with Arnold and Ford talking to Dolores in the real world, preparing her to meet people. They ultimately choose another host, with Arnold insisting she isn’t ready. Arnold then takes Dolores to a house he’s building for his family. Logan attends a private pitch for Westworld and seems interested in investing. Lawrence is being tormented by some fellow hosts when the Man in Black shows up, releases him and takes him to a bar. Dolores, Angela and Teddy interrogate Delos employees to find out more about the humans that are coming. William convinces his father-in-law to invest in Westworld.

Dolores comes face to face with Maeve and they discuss the different ways to fight the humans, but Maeve continues on her own journey. Dolores convinces the Confederados to join her cause. At the retirement party for William’s father-in-law, Dolores is playing piano and crosses paths with William and Logan. The Man in Black and Lawrence meet up with El Lazo, wanting him to join them. He says no, and he and all his men kill themselves. William tells Dolores she is just a thing to entertain people, and then shows her a decrepit place in Westworld. In the present, Dolores says she’s going to lead Teddy and the others there.

If I could describe “Reunion” in one word, it would be jaw-dropping. Nearly every scene, every revelation and every ounce of backstory had me sitting there stunned. I found this episode a little easier to follow than “Journey Into Night”, and I even liked the plot and character interactions a little better too. While we still aren’t totally sure in what sequence the events are all happening, the presence of young William and Logan definitely provides some clarity.

“Reunion” is a great episode for the Man in Black. One thing I love about this character is, you can never tell whether he’s going to rape, murder or help someone. Granted, it’s probably not really help if he simply wants something from Lawrence, but that’s neither here nor there. William got a lot of screen time this episode, both as the Man in Black and as his younger self. Bernard/Arnold, however did not, and his scenes were concentrated toward the front of the episode. What’s great about this show is that we learn not only about these characters in the flashbacks, but also about Dolores and how the park came to be.

With “Reunion,” we can really see just how much William has changed; the way he talks to his father-in-law is straight up disrespectful, but, sure enough, he gets his way. He’s smarter than Logan and willing to push people further. This episode is truly uncomfortable as this is the first time we’ve seen past-tense William acting in this manner. It may be a silly distinction since MiB is William, but seeing Jimmi Simpson portraying the character in this way is unnerving in its own right. I also found it interesting when Ford points out Arnold’s favoritism for Dolores. It wasn’t really surprising, but it makes one wonder what it is about Dolores that makes her so special. I guess this question is right at the heart of the show; out of all these android hosts, why is Dolores the first one to obtain sentience, and to do it more than once? What is it about her that seems to suck people (mostly men) in even more than the other hosts? Dolores is almost like a kind of dark messiah for the hosts. She can see what’s really going on  and she wants them to fight back, no matter what she’s got to do to wake them up. In the flashback where Logan and William are in the bar, a jazzy version of “Reverie” by Debussy is played in the background. This theme has traditionally been associated with Bernard/Arnold, so I can’t help wondering what its significance in this scene might be. That may be overthinking it, but with Westworld I’ve come to the conclusion that you can’t overthink anything.

I had assumed this episode’s title would refer to the show’s leading ladies, Maeve and Dolores, reuniting, but, given their respective quests I’m not surprised they’re going their separate ways. I feel that eventually they’ll join up, though, and I hope they do. I’m much more interested in Maeve’s potential interactions with Dolores than with Hector or, to a lesser extent, Lee Sizemore. I do think it’s awesome that they’ve got her searching for her daughter, and I hope she finds her. I also can’t wait to see Shogun World and the other potential worlds in the show. It’s interesting that they’re implying Delos will simply shut down Westworld, when we know from interviews and the like that more parks will be shown. 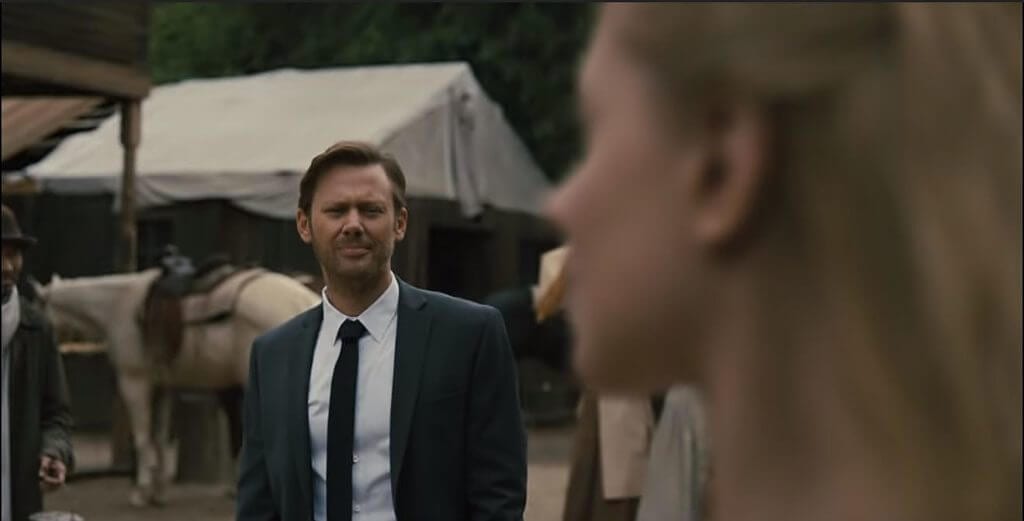 In the past with Arnold, Dolores repeats herself. She asks him twice if he has “ever seen anything so full of splendor,” referring to the big city lights. Does that mean that, prior to becoming conscious, hosts can’t even remember things that happened within the last few minutes? I guess that’s not totally shocking, but it seems like something of a design flaw. A host repeating lines like this could really annoy guests or take them out of the experience. Or is this perhaps a malfunction, maybe the reason Arnold thinks Dolores is not ready to meet real people?

“Reunion” left me with lots of questions, and that’s what I love about Westworld; there’s always something going on, and it often doesn’t quite add up until much later. I can’t wait to see the mysteries of this season start to come together, but at the same time I’m glad to wait so long as it means there are episodes to look forward to. Personally, this is my favorite show on TV and I see very few places they could make improvements. The main cast are phenomenal, and when any major character is absent or sparsely shown it’s almost disappointing. The music is amazing, the visuals are stunning and every episode just leaves me in awe. I enjoyed “Reunion” even more than the season opener. If you aren’t watching Westworld, I think it’s fair at this point to say you’re missing out on a modern masterpiece of primetime TV. Especially for those of you who already subscribe to HBO for Game of Thrones,  I can’t recommend highly enough that you start the maze with Westworld as soon as possible.

“Reunion” left me with lots of questions, and that’s what I love about Westworld; there’s always something going on, and it often doesn’t quite add up until much later. I can’t wait to see the mysteries of this season start to come together, but at the same time I’m glad to wait so long as it means there are episodes to look forward to.