Home  /  Sports  /  The NHL Goes All in on Woke Diversity and Inclusion Agenda, Releases 1st Report

The NHL Goes All in on Woke Diversity and Inclusion Agenda, Releases 1st Report 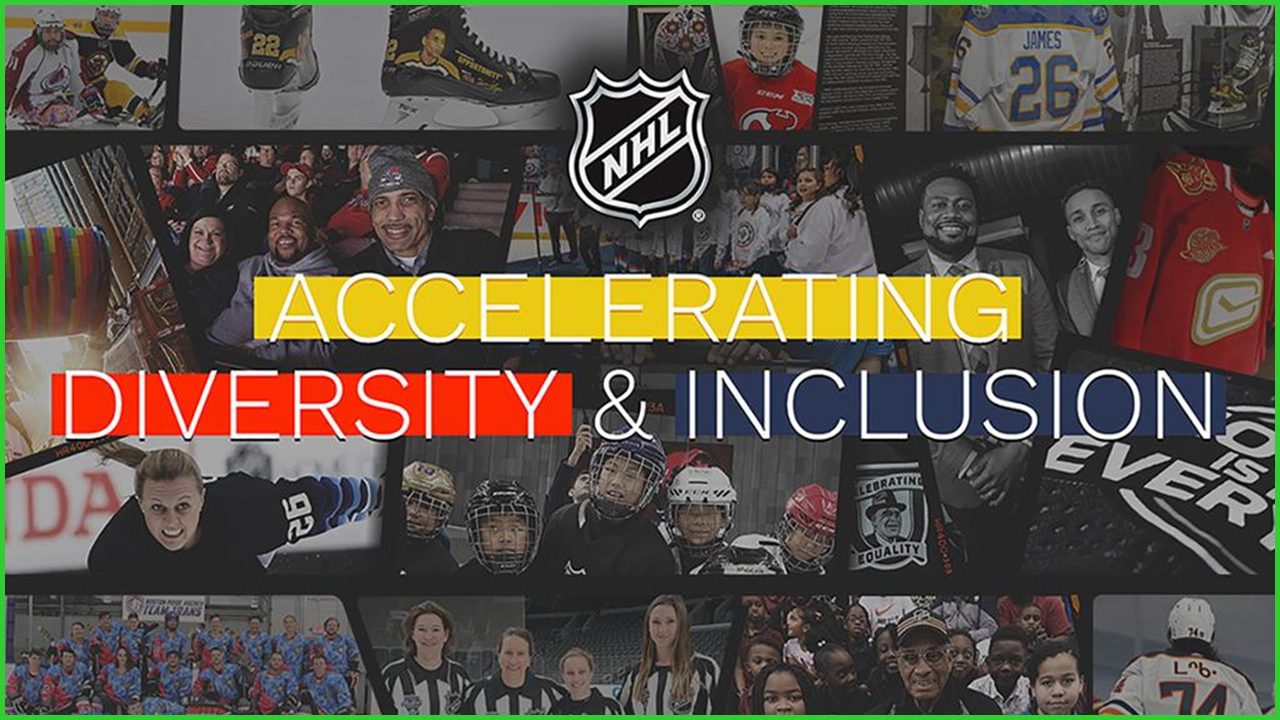 In case you didn’t already know, even the NHL has gone woke. They may be a bit behind the curve, but don’t worry; they’re catching up fast. The NHL often uses the tagline “The Fastest Game on Earth,” but somehow, that wasn’t good enough for them. Now, they want to be the wokest game on Earth.

The NHL started going down the woke path a few years ago when the NHLPA announced a few ex-players were forming a diversity and inclusion board. This led to certain odd behaviors like players “taking stands against racial injustice” or even some kneeling during the national anthem. Most of this seemed to kind of die down over the last year (mostly due to worrying over COVID), but now, we seem to be heading back into the thick of it.

On top of new events like “Gay Pride Nights,” the NHL and NHLPA now run an annual report on the diversity and inclusion of the league. I’ll get the basics out of the way for you if you’re already getting sick of reading about it before delving into the charts and schematics of this ludicrous report.

So, the TLDR for you is this: the NHL is 83% white, and that’s just not good. You see, too many white people playing or being a part of a sport invented by a white guy that “people of color” just aren’t as interested in is a horribly RACIST situation. Understand? Okay, then. Now that we understand where these weirdos are coming from, let’s get into the meat and potatoes of their report, if you’re up to it. 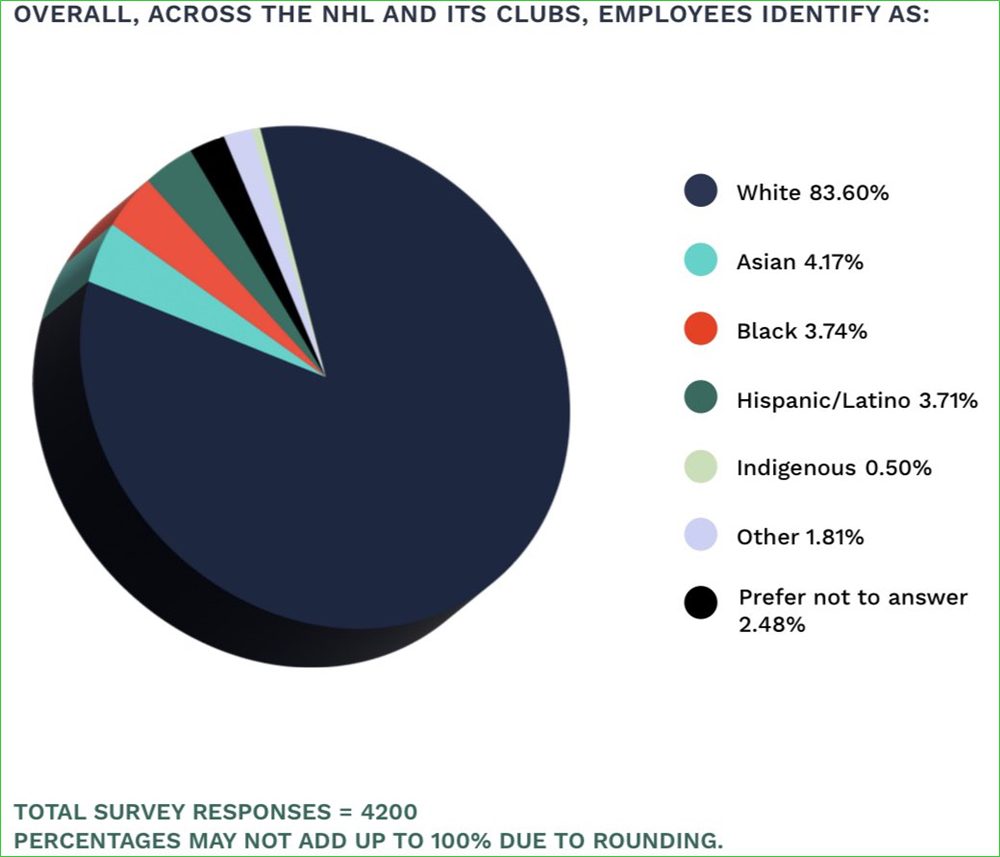 The report is 24 pages long (download it here) and includes all the talking points you might expect from a report based solely on how much melanin one has and what does or doesn’t dangle between one’s legs.

I can’t be the only one who believes that the only colors that matter are that of your team’s jersey, and the only “dangling” that matters is that of the dekes performed on the ice by the players. We’re in this weird place where white men get shit on, and those who aren’t white are told they suck so bad at life that they need as much help as they can get. Apparently, they can’t make it on their own. It’s odd and goes completely against how I grew up in the 90s.

Moving on, the report brings up George Floyd and how it’s apparently the NHL’s job to combat racism, not only in the league but society as a whole. Uh… no… no, it’s not. Your job is to entertain. That’s it. STFU and entertain fans. Color doesn’t matter. Gender doesn’t matter. Sexuality DOESN’T MATTER. Entertainment matters, and entertainment is supposed to bring people together as an escape from all the BS in the world. Hockey is a game. Play the damn game.

Furthermore, the report details how more women and BIPOCS (I hate these terms) have been hired over the past few months. The NHL even goes as far as to admit to their new mentorship programs that are ONLY for non-whites and females. Sorry, white guys… didn’t you know that you don’t need help? You’re just born perfect… almost supreme. This is the way THEY think, not myself.

The rush toward who can become the wokest of the woke isn’t going to end any time soon. ESG scores will be the driving force between our favorite games, movies, and now even sports for the foreseeable future. That is unless you, the fan, speak with your wallet.

I know it’s hard to stay away from something you enjoy. Ice hockey and the NHL are something I love, after all. I remember many nights staying up late watching or listening to my 90s Pittsburgh Penguins teams. This was always well past my bedtime through every Stanley Cup run as a kid. However, I haven’t watched much over the last few years because I could see the wokeness leaking in. I always wondered whether I was right to do so, and now I know I was. It’s only getting worse.

Wow I’m so glad I canceled my NHL.TV sub years ago. Hockey was the only sport I cared about watching live regularly. This is sad to hear that this agenda is more public and direct now. I’ll never watch NHL again until they cleanup their act.
Great read though.