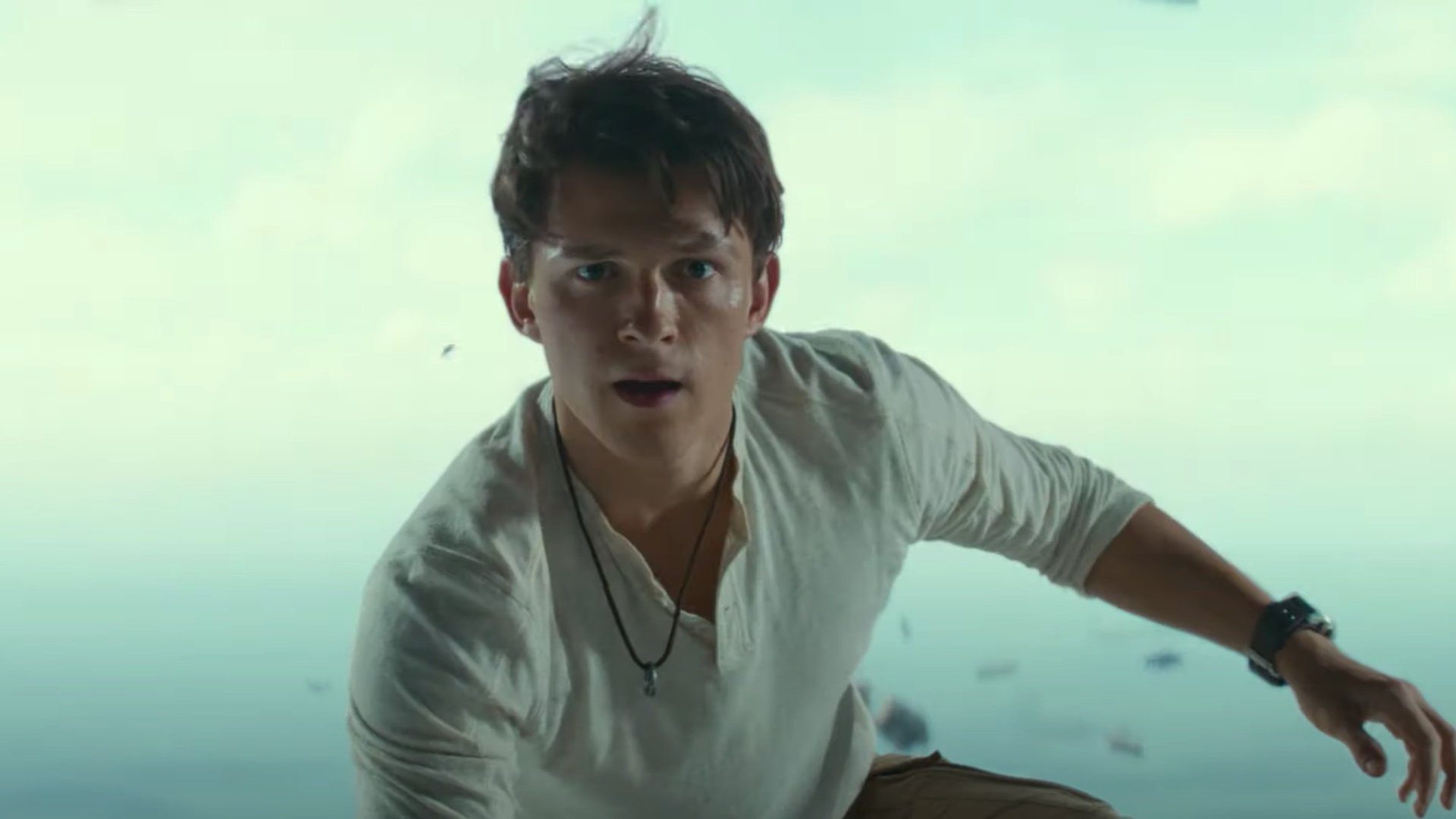 Bone up on your climbing skills because Sony has released the first trailer for the Uncharted movie, mysteriously titled Uncharted. Acting as a prequel to the best-selling video game series – at least they seem to think so – Uncharted will “reveal” how a young Nathan Drake became an archeological mercenary, how he befriends his mentor Sully, how he meets femme fatale Chloe Frazer, and probably how he got his beige shirt because that’s what prequels do. Tom Holland stars as Nathan Drake, Mark Wahlberg as Sully, Sophia Ali as Chloe, and Antonio Banderas as the villain. Directed by Ruben Fleischer of Zombieland and Venom, Uncharted will hit theaters on February 18, 2022, after several lockdown-related delays. Check out the Uncharted trailer below:

Certain things feel like the word “meh” was designed specifically for them; to their number, add the Uncharted trailer. Forgetting the video games for a moment, did anything in that trailer grab you? Were the action scenes exciting? Did Tom Holland feel like he was in danger once? Were any of the characters fun or interesting? Not for me. That was blander than reheated vegetables, and it makes Uncharted look like it was made out of obligation instead of any real artistic drive to tell a story. They’ve been trying to get this movie off the ground for the better part of a decade, and it’s gone through several permutations on its way to the screen; at this point, I think Sony wanted to get something in the theater just so they could stop talking about it. And from the looks of this, nobody will be talking about it.

As for how it looks as an adaptation of an excellent video game series (I played and loved all four of the main games but skipped the Chloe spinoff, for the record), it looks like it barely is one. This is Uncharted in name only; I like Tom Holland, but nothing about him feels like Nathan Drake to me, and the Uncharted trailer only reinforced that perception. The same is true of Mark Wahlberg, who is way too young and nowhere near charismatic and worldly enough to play Sully. (Remember when David O. Russell wanted him to play Nathan Drake? That’s now the best-case scenario of all the non-fan proposals.) Sophia Ali has no charisma as Chloe, no hint of the danger and sultriness that made her so much fun in Uncharted 2; part of this is a byproduct of having to make her and Tom Holland feel like they’re around the same age, and since Holland is too young, Chloe must be as well. And if this is supposed to be a prequel to the games, as Sony says, then it’s off to a bad start because we know how Nate and Sully met, and it’s not like this. They’d have been better off just saying that it’s a different version of the characters, but they want to make gamers feel like they have to watch it. (Pissing them off by ruining the story probably isn’t going to help.) I haven’t paid much attention to the general reaction – after watching that, who could be bothered? – but it’s hard to believe this hooked anyone.

What did you think of the Uncharted trailer? Have you played the games? Is it even a joke to ask if you think people are just going to pretend that Nathan Fillion short film was the only Uncharted adaptation? Let us know in the comments and stick around Geeks + Gamers for more movie news!