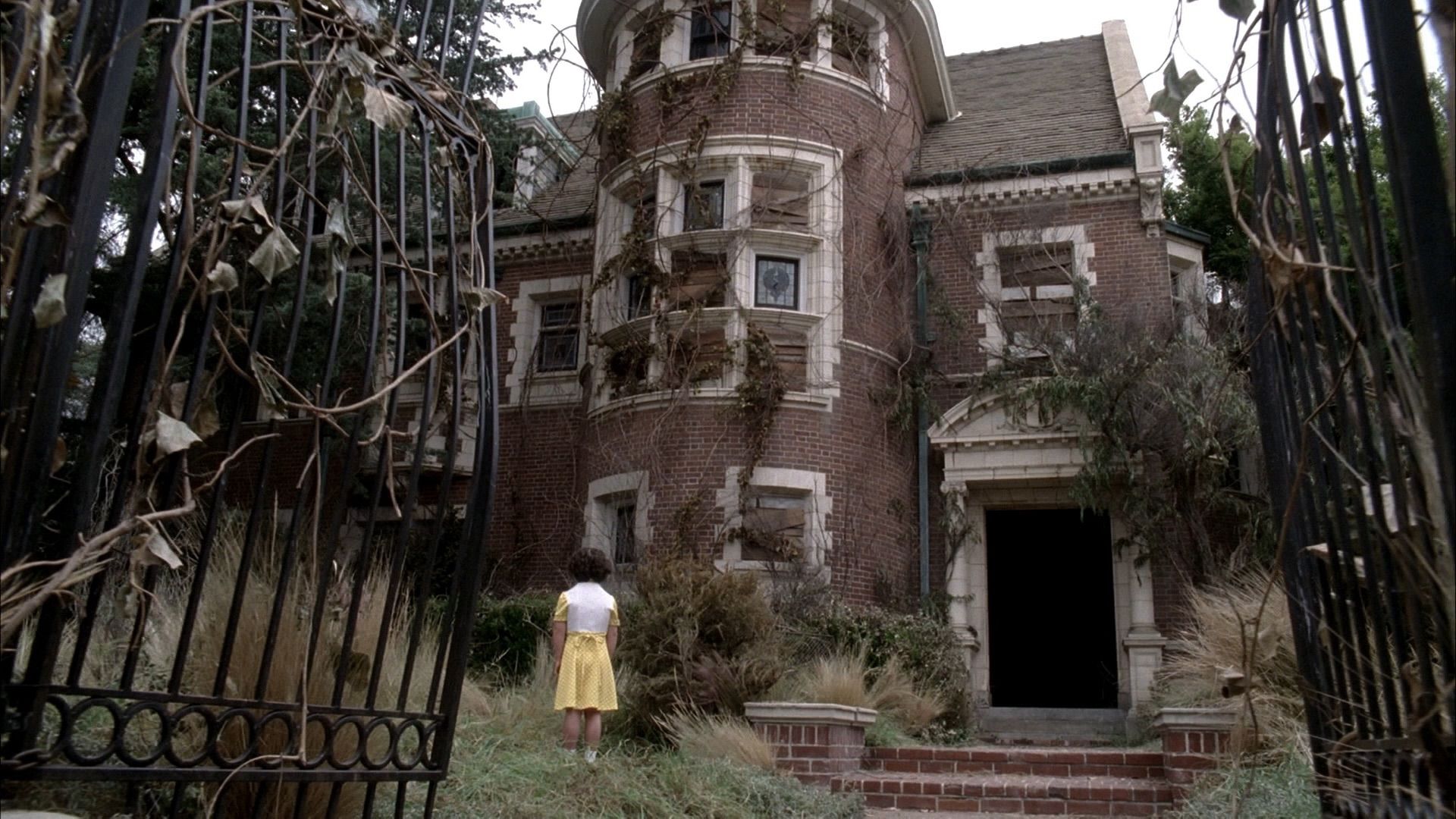 This Halloween season, I haven’t had the time to watch many new (to me) spooky movies. However, one thing I’ve never gotten around to is ranking the seasons of American Horror Story, probably the longest-running show I’ve finished. I’ve reviewed the most recent seasons, but this is an excellent opportunity to compare and contrast their strengths and talk about seasons I went back and watched after the fact. I’ll exclude side material like American Horror Stories and NYC, since it’s still airing. Let’s take a look. 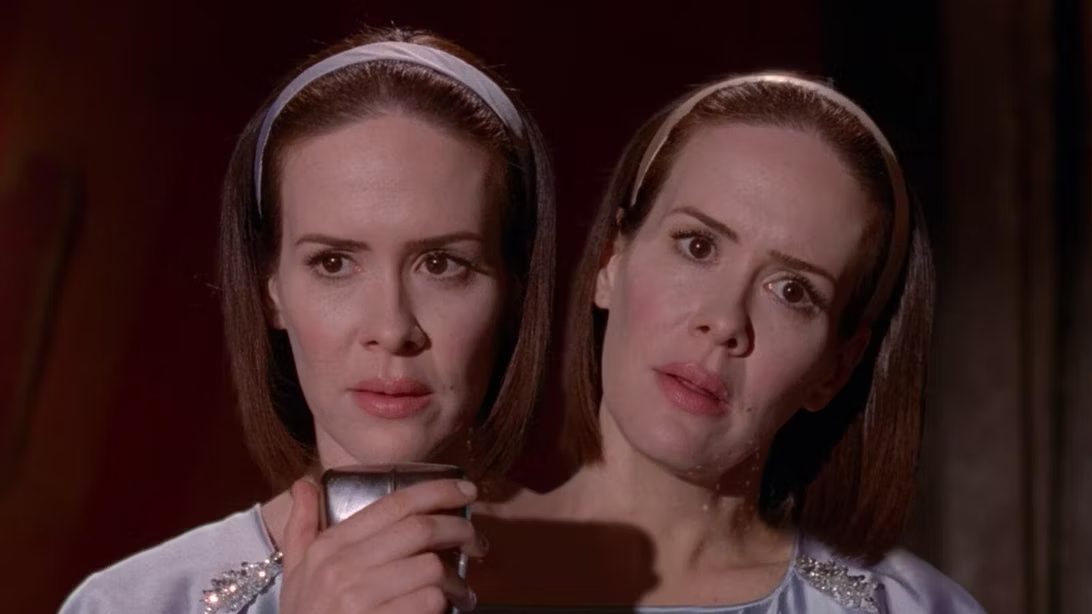 There are a couple of seasons of AHS I really haven’t enjoyed. When the comedy goes over the top or the messaging is too blunt, I lose all suspension of disbelief and interest. However, there’s only one season I’ve never been able to watch in its entirety: Freak Show, or season 4. I’ve attempted to get through this season multiple times since it aired, but I always stop around the Edward Mordrake-themed 2-parter. I want to finish it because of Jessica Lange and to say I’ve completed the show, but the grindhouse stuff makes me squeamish. I also don’t like the characters; Elsa is a manipulative narcissist, and I never felt sorry for Twisty the Clown. It’s easier to sympathize with some of the carnies who are ostracized for being disabled or different. Still, I can’t get into this season enough to get through the grossest and most distressing elements. 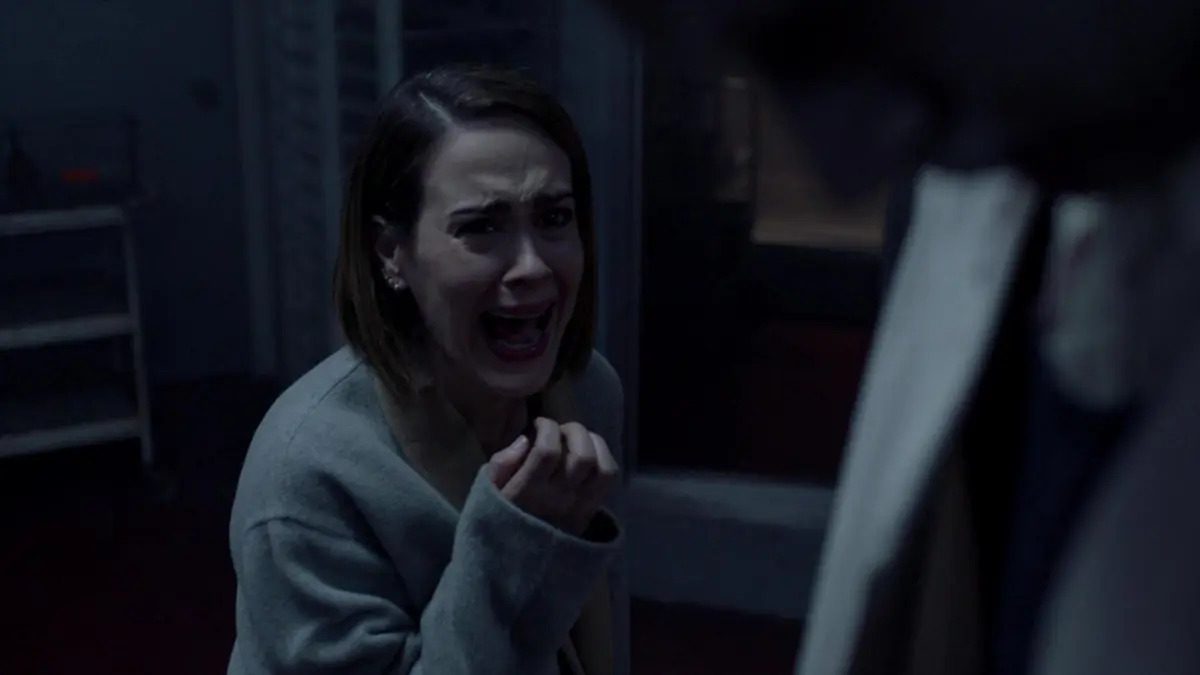 I try to avoid talking about politics as much as possible in my assessments of media unless it’s absolutely vital to the show or movie in question. It’s uncomfortable, and I don’t like how intertwined the two topics have become, thanks to people like J.K. Rowling. However, Cult leaves the viewer with little choice, as it won’t shut up about the 2016 election and its supposed disastrous, inevitable fallout. I don’t like Trump, and I liked him even less when this was airing. But seeing Sarah Paulson screaming and crying because Trump was elected took me out of the show; it was forced, distracting, and made her character unsympathetic. How am I supposed to root for someone who falls apart at the drop of a hat? She also has a number of illogical fears that the season explores. I love Paulson, and she’s normally amazing in AHS, but I couldn’t stand this character’s writing or the performance. Going forward, I’ll pick a favorite character each season, but I didn’t like anyone in Freak Show or Cult. Kai (Evan Peters) was obviously portrayed well, but it’s forced how the show builds him up into a cult leader. The attacking clowns also came off as silly and broke my immersion. I could see people enjoying this season if they were genuinely devastated about the election and had no problem with heavy-handed messaging in entertainment. It’s just not for me. 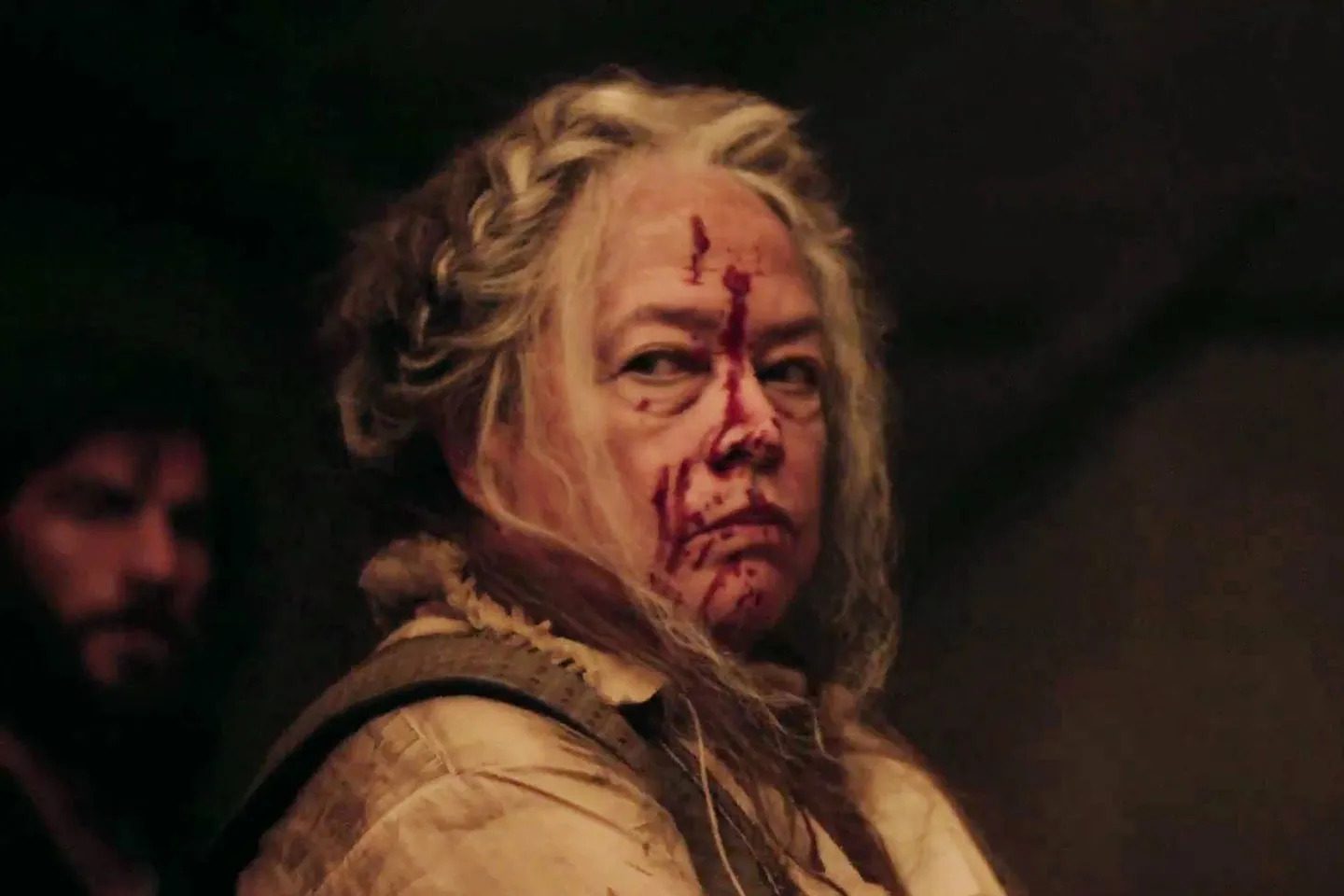 Roanoke is a popular season to hate, but I don’t think it’s nearly as bad as Cult or Freak Show. Sarah Paulson took much heat from the fandom for all her screaming in this role, but at least it was justified. If I was in a new house and fearing for my life, I would probably be screaming and begging my husband to take my concerns seriously, too. In Cult, Ally screams because she doesn’t get her way, and any time one of her irrational phobias gets triggered. In Roanoke, Paulson portrays actress Audrey Tindall, who, in turn, is playing Shelby Miller in a fictional documentary series. This character screams because she feels she’s in mortal danger, and she’s right. Roanoke’s derision primarily comes from the bait-and-switch halfway through, where we discover that the characters we’ve been following are actors re-enacting a haunted house situation. I understand being frustrated with this reveal, but the acting is so good, and I think this is actually a clever turnaround. It’s interesting to catch up with the “real” characters and see what’s become of them. The actual quality drop comes at the end of the season when the story goes off the rails. My favorite character in Roanoke is Adina Porter’s Lee Harris. Lee is a former police officer struggling with addiction and trauma and, by the end of the season, the only survivor. 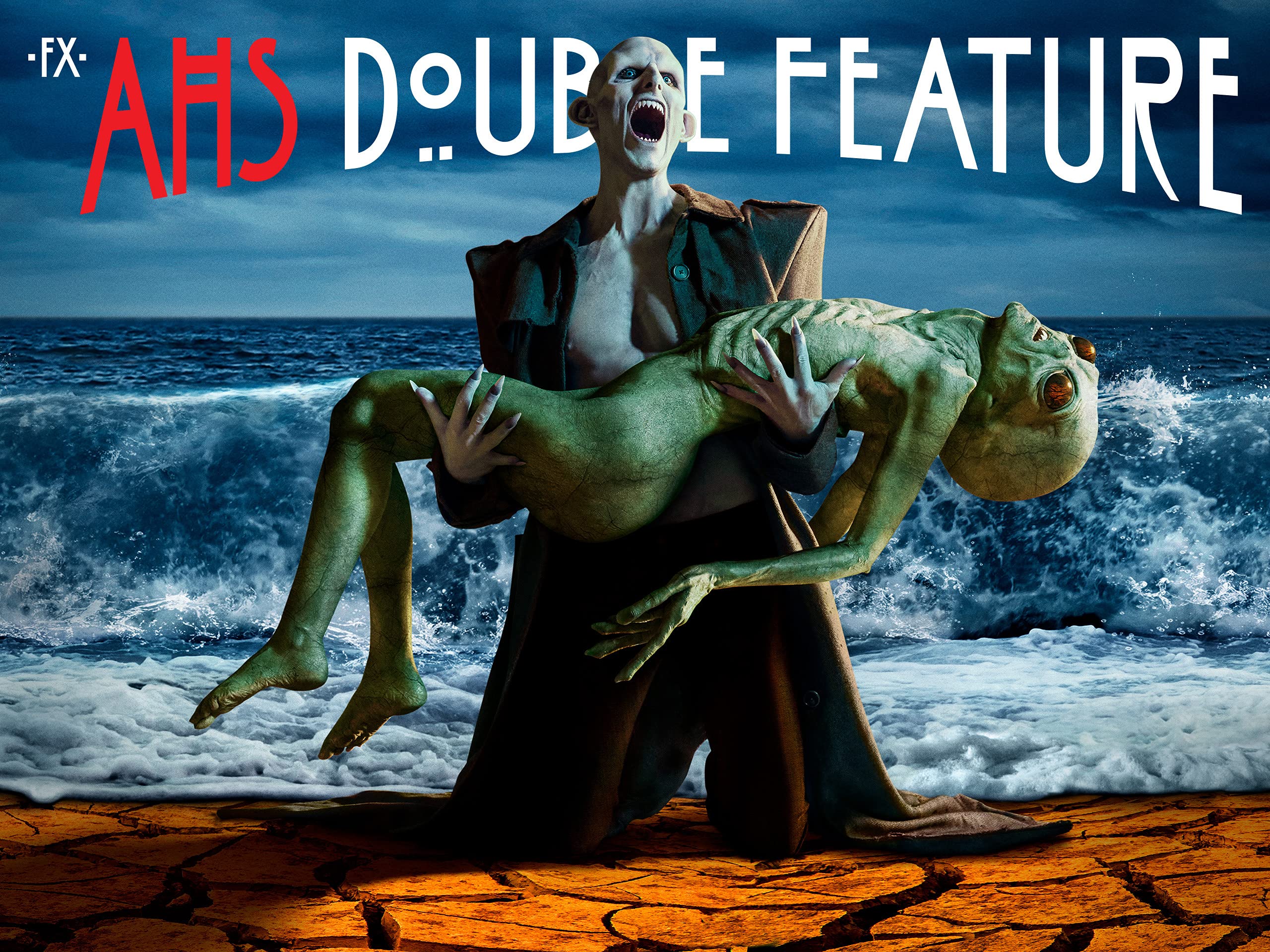 Double Feature would be much higher on this list if it weren’t such a mishmash. Red Tide starts out great and stays that way until “Winter Kills,” which is beyond frustrating. This half of the season is fascinating, dark, and has a unique tone that veers bleaker than previous seasons. Characters like Karen and Mickey (Macaulay Culkin) deserve more, and I’ll always be angry that Alma wins in the end. Death Valley is a mixed bag from the beginning. I was initially intrigued by the aliens, and portrayals of historical figures like Dwight and Mamie Eisenhower are spot-on. But the scenes and characters in the modern segment are bad. I try to avoid just labeling things as bad; it’s not very technical and sounds like a way to cop out of explaining something. But the tone is inconsistent, the characters unbearable, and the slang and sexual innuendo are just too much. My favorite character in Red Tide is Sarah Paulson’s Karen, and in Death Valley, I loved Neal McDonough’s portrayal of President Eisenhower. 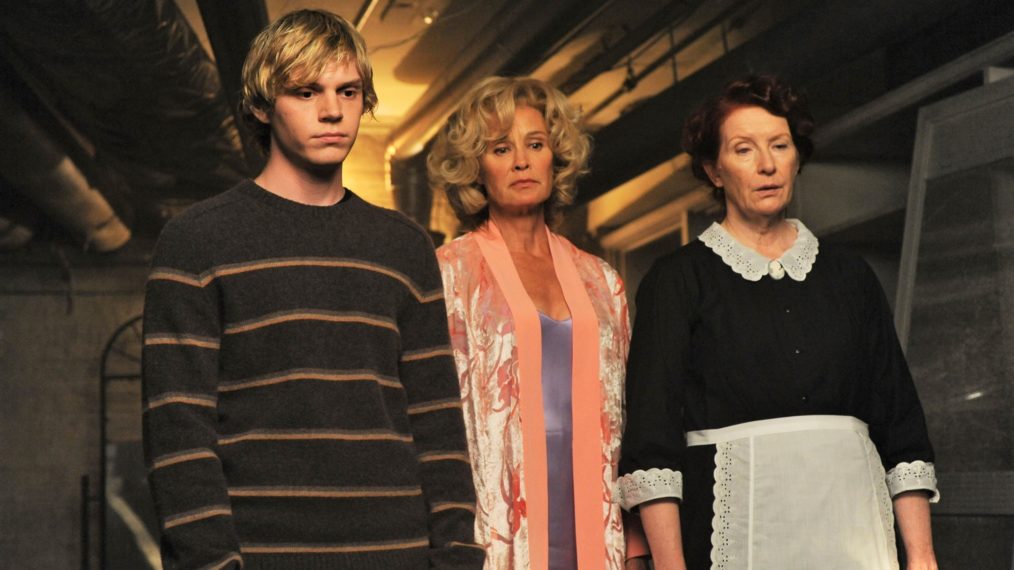 A lot of AHS fans favor the earlier seasons, usually 1-3 or 1-4. As such, I imagine it seems odd for me to rank the one that started it all halfway down my list. There’s a lot I like here; Evan Peters’ work as Tate is marvelous. This character is despicable and sympathetic simultaneously, mysterious and terrifying. I wouldn’t say I “like” the discord among the Harmon family, and I actually hate Ben. It’s bad enough he betrayed his wife’s trust in the wake of something as traumatic as a miscarriage, but then he acts like he’s the victim somehow. It’s all very interesting, though, and if anything, he gets off too easily in the end. Constance’s (Jessica Lange) family is also fascinating. I wish we knew more about her relationship with her son Tate. My favorite character in Murder House is Taissa Farmiga’s Violet because I find her the most sympathetic. Murder House would be higher on my list if more of the characters were likable and the ending more satisfying. 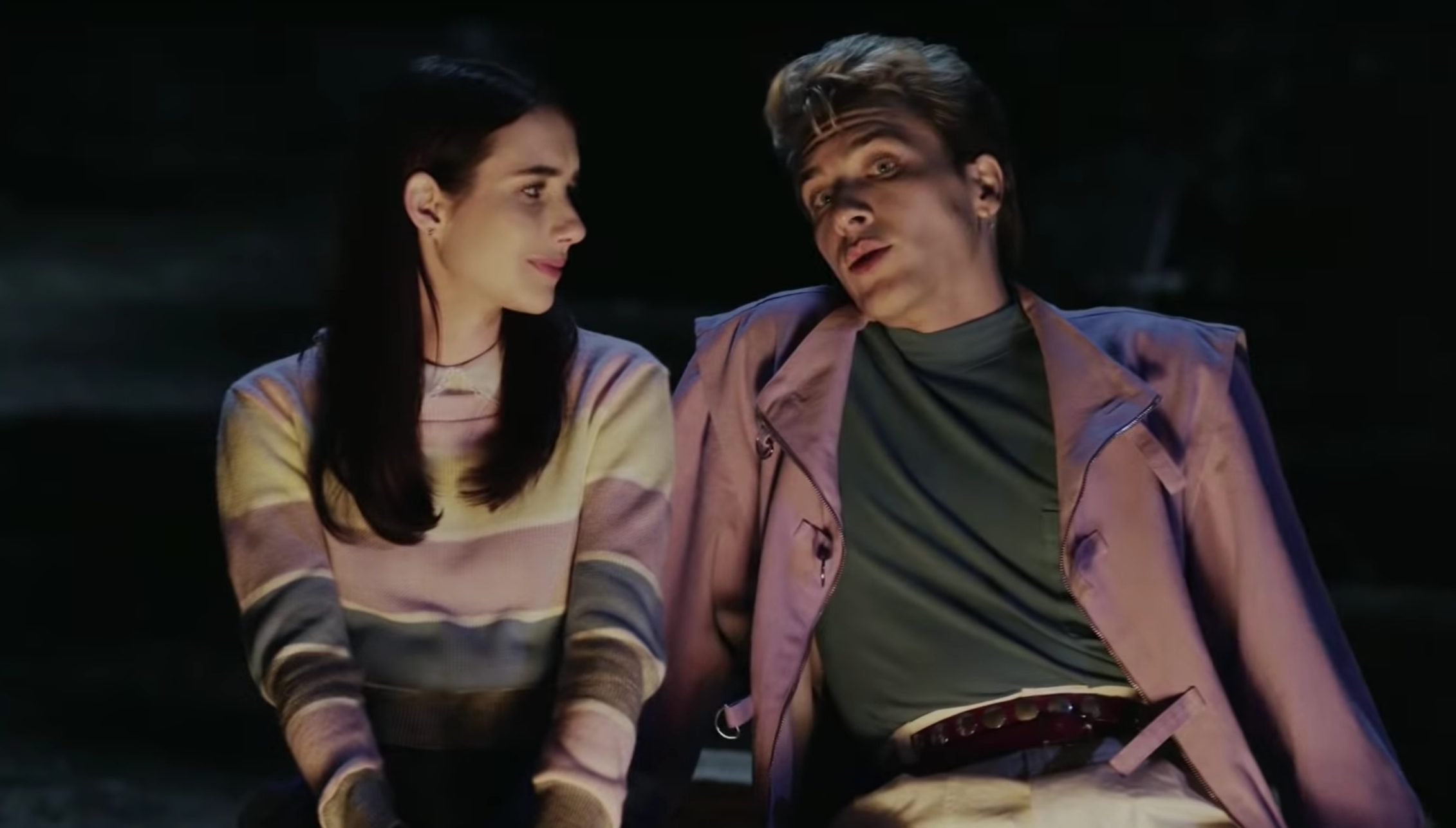 I really like 1984! I like the music and visuals, and it’s cool to see Emma Roberts in a heroic role for once. She’s the season’s final girl rather than her usual role of antagonist to Taissa’s character in a given season. However, my favorite character is Ben Richter (John Carroll Lynch). I love everything with his mother, Lavinia (Lily Rabe), and son, Bobby (Finn Wittrock). 1984 isn’t one of the deeper or more thematically meaningful seasons, but it is the only one that made me cry. The ending is just perfect. 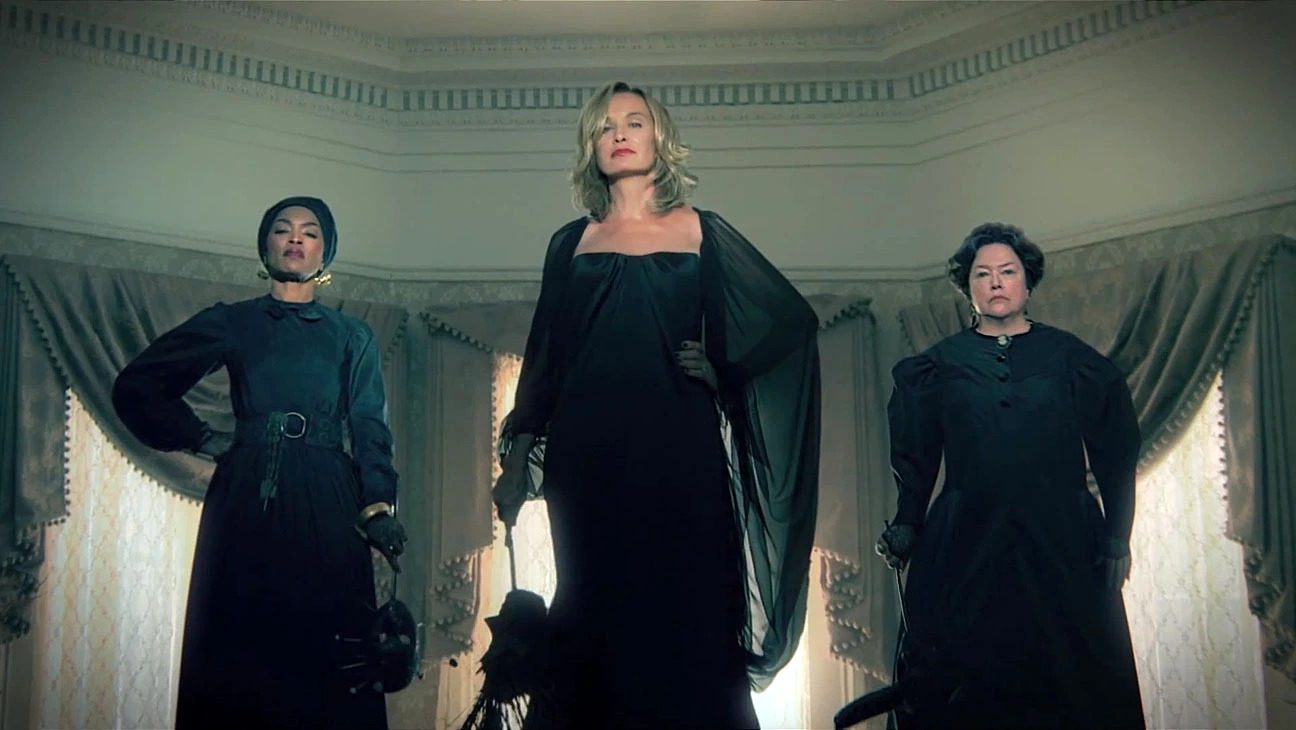 Witches! I love witches, at least the Halloween idea of them. I like AHS’s take on them because it seems realistic; all the women vying for power and seeing each other only as competition honestly reminds me of my days in restaurant work. I love the concept of the Seven Wonders, and the Stevie Nicks cameos alone elevated this season in my eyes. Coven is one of the seasons that tends towards gross-out horror and shock value, and I don’t like that much. But I love the exploration of Delphine LaLaurie, voodoo, and this sisterhood rife with backstabbing and broken promises. My favorite character is Lily Rabe’s Misty Day because she’s the rare good person wrapped up in all the intrigue.

Part of AHS’s appeal is in its anthology-style nature. Supposedly, you can watch any season, regardless of order, without missing context or history. However, Apocalypse is an anomaly because it’s a sequel to Murder House, Coven, and even elements of Hotel. These are all seasons I at least enjoyed, so I was naturally pumped for the return of various characters and story threads. Sarah Paulson is outstanding this season, portraying several characters, including Wilhelmina Venable, and reprising her Coven role of Cordelia Gode! This season also features Stevie Nicks, which speaks for itself. There are multiple emotional pay-offs, like when Cordelia stands up to the antichrist Michael Langdon one-on-one. I don’t want to spoil anything, but this season is very satisfying for long-time viewers and has another emotional ending. 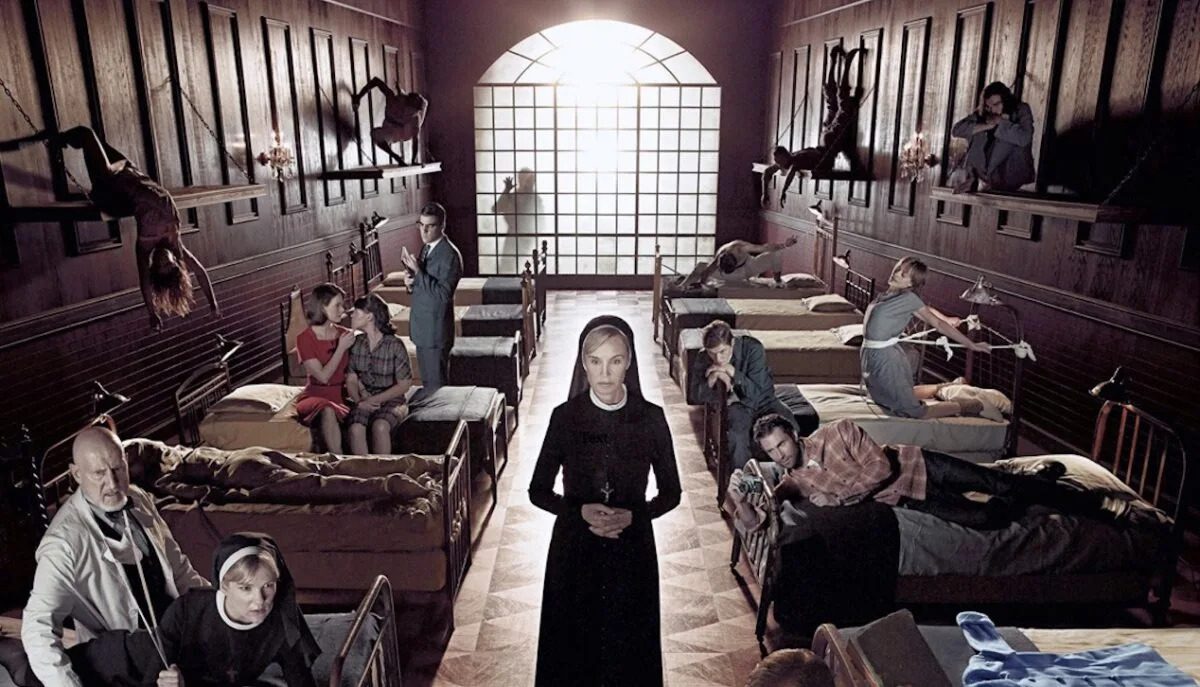 Asylum is the most popular season, and it’s easy to see why. This season features a particularly strong cast with actors who wouldn’t appear again, such as Joseph Fiennes and James Cromwell. Asylum also handles its themes of religious repression, ostracization, and corruption with a deft hand. Later seasons of AHS are guilty of leaning too campy or relying too much on shock value. Asylum differentiates itself with its subtlety and style, as well as a cast that elevates the material. While this isn’t my personal favorite season of the series, it is excellent, and I like it a lot. My favorite character is Sister Jude because she’s complex and has an interesting arc. I think people keep coming back to Asylum because of its focus on human villains and the evil we do to each other. There are ghosts and aliens present, but the story centers on how we treat people seen as different. 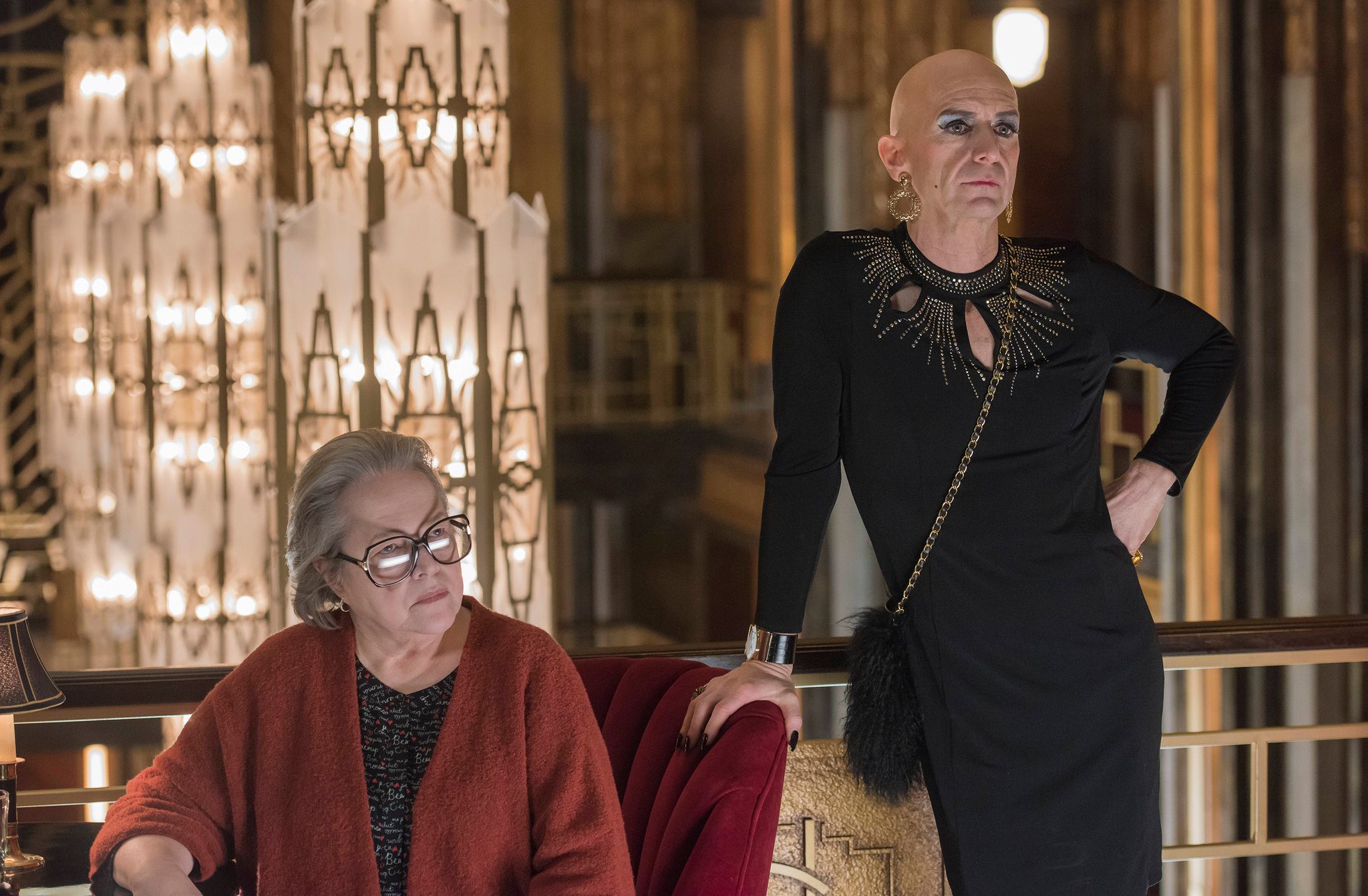 I absolutely love Hotel. I love this season’s style, subject matter, and cast. Denis O’Hare is phenomenal in the role of Liz Taylor. One of his scenes with Lady Gaga made me teary-eyed, and every scene he shares with Kathy Bates’ Iris is next-level. I especially like it when O’Hare and Bates bust into one of the rooms with guns blazing. Hotel was the first season without Jessica Lange, who had been the star of a top-class cast. However, Lady Gaga is excellent as the Countess. Her performance comes off as otherworldly and deeply unsettling. This season contains vampires and a Ten Commandments killer, but what really stuck with me is its theme of substance abuse. Throughout Hotel, most of the significant characters either use drugs or suffer the consequences of their loved ones using. There’s the illusion that drugs make you cool and glamorous, but the season delves into the real repercussions using has on your health and family. This ties in really well with the vampires, as they use their condition to live forever, seduce people they want, and gain power. While this is enough for the Countess, others like Ramona Royale (Angela Bassett) and Iris’ son Donovan (Matt Bomer) find it a lonely, empty existence. I don’t have a single favorite character in Hotel because almost every character is so well fleshed-out. From the denizens of the Hotel Cortez to the Countess’ victims to policeman John Lowe (Wes Bentley), they all come off as realistic and understandable. 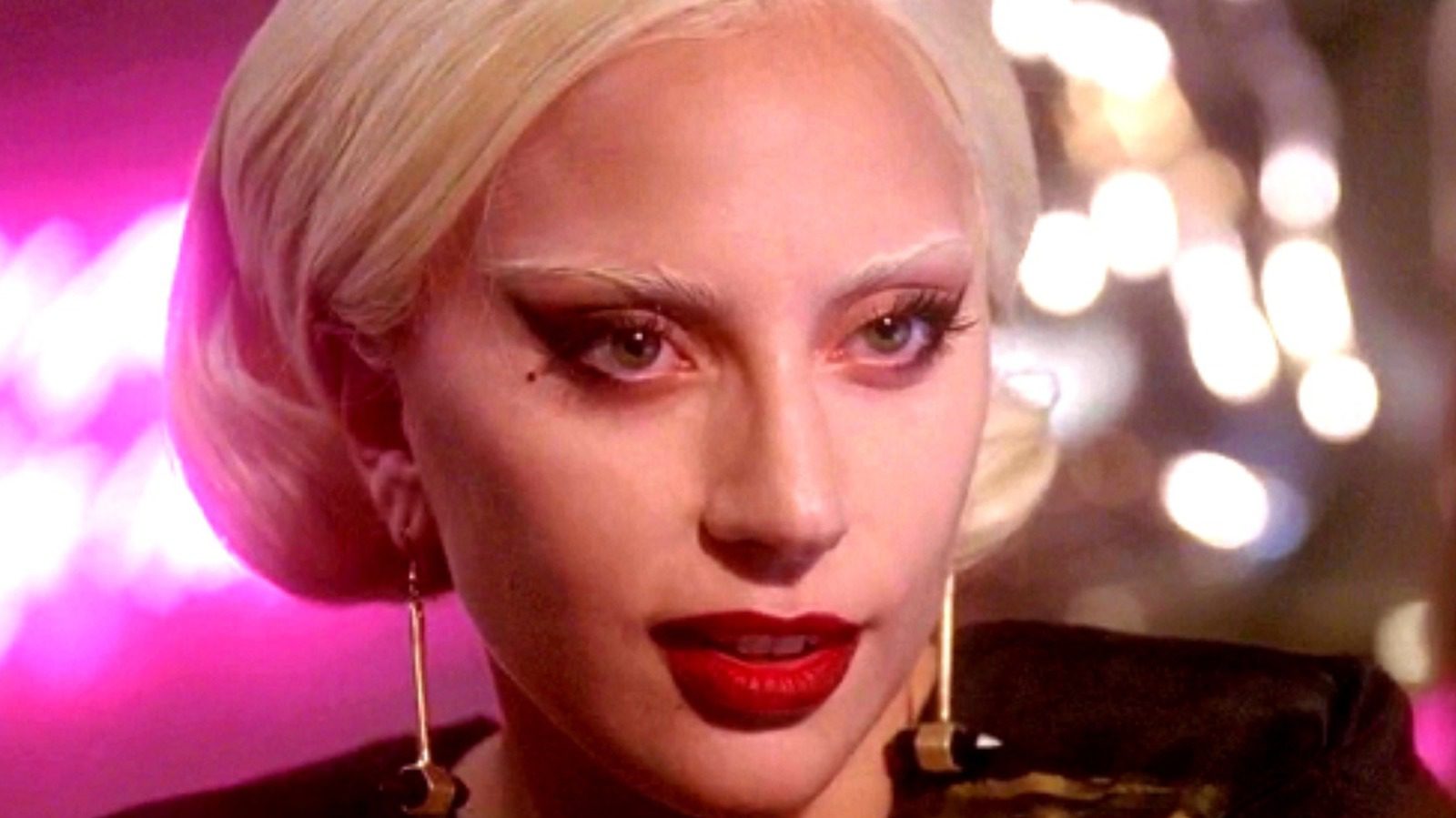 And that’s my American Horror Story ranking! But which season is your favorite? What cast member would you love to see return? Talk to us in the comments, and have a happy, spooky, and safe Halloween!