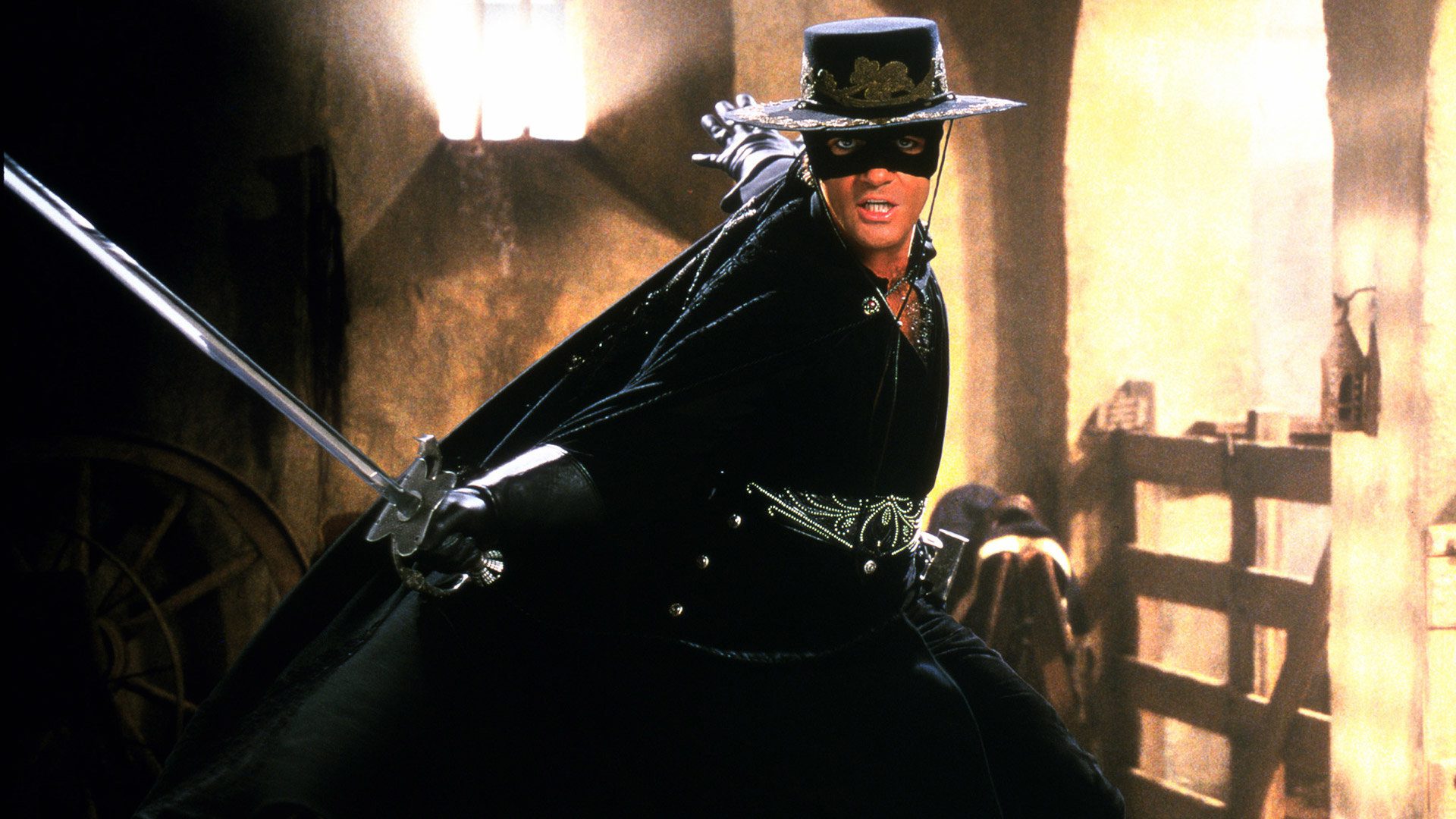 Antonio Banderas wants to hand down a famous mask to an unlikely replacement. In an interview with ComicBook.com to promote his upcoming Shrek spin-off sequel Puss in Boots: The Last Wish, Banderas was asked if he’d appear in another Zorro movie.

“Yes, I would. I would consider that possibility. Why not?… If they called me to do Zorro, I would do what Anthony Hopkins did in the first [film] to me, give the torch to somebody else.”

When asked who he’d choose as his successor, Banderas had an answer that probably won’t play well today:

“Tom Holland. I did Uncharted with him, and he’s so energetic and fun, and he’s got this spark too, you know? Why not?”

In related news, sometimes, you come across the perfect tweet:

John Leguizamo: *collapses on the floor and begins frothing at the mouth* pic.twitter.com/6p31LpdYNq

John Leguizamo, if you remember, recently said that only Latin actors could play Latin characters, specifically taking umbrage with James Franco portraying Fidel Castro in an upcoming film. This is the accepted stance of the current year, that actors can’t pretend to be anything other than what they are, or it’s racist. (Many have pointed out that Leguizamo once played famed Italian figure Luigi in the 1993 video game adaptation Super Mario Bros., and he seems to think that’s fine.) But here’s Antonio Banderas, a fellow Hispanic actor – and a much better one, if we’re being honest – suggesting a white Englishman play a legendary Mexican character. Funnily, there’s precedence for this in the Zorro franchise, particularly the leg of it that Banderas starred in; in The Mask of Zorro, Banderas does not play the original Zorro, Don Diego de la Vega. That role is filled by Anthony Hopkins, a white man from Wales. Don Diego hands down the titular mask to Banderas’ Alejandro Murrieta, who becomes the new Zorro. (The villain, Governor Rafael Montero, is also played by a Brit, Englishman Stuart Wilson, and Welsh Catherine Zeta Jones is his daughter Elena.) You might say Banderas bequeathing the mask to another white guy would be coming full circle, especially if Holland plays a Mexican character.

But I don’t think that was even going through Antonio Banderas’ mind. I think he’s just not a crazy person and is perfectly fine with actors acting once in a while. And he probably genuinely likes Holland and thinks he’d make a good lead in an adventure movie. Banderas is 62 years old (geez, I’m old enough to remember when he was the hot new thing in Hollywood); he came to fame in an era where people weren’t uptight hall monitors who took offense to everything under the sun and whatever they could see above it. And, knowingly or not, he puts those people in an uncomfortable position by recommending Tom Holland for the next Zorro because, for the most part, what can they say? This isn’t Tom Cruise or Brad Pitt or some other white celebrity they can accuse of racism or failing to check his privilege or whatever. Banderas is Spanish, and he’s obviously not offended. And that’s why, despite disagreeing with him (I like Tom Holland, but I don’t see him as Zorro, just like I don’t see him as Nathan Drake), I love that he said this.

Would Tom Holland make a good Zorro? Did Antonio Banderas know what he was doing or just innocently recommend an actor he liked? Does anyone else want to watch The Mask of Zorro again and lament the dearth of great adventure movies today? Let us know in the comments, and stay tuned to Geeks + Gamers for more offensive casting suggestions!

I just don’t see Tom Holland as Zorro. Feels too out of the blue to me.

I don’t either. He doesn’t have the presence or the maturity.