Batman: The Animated Series Revival May Be Coming 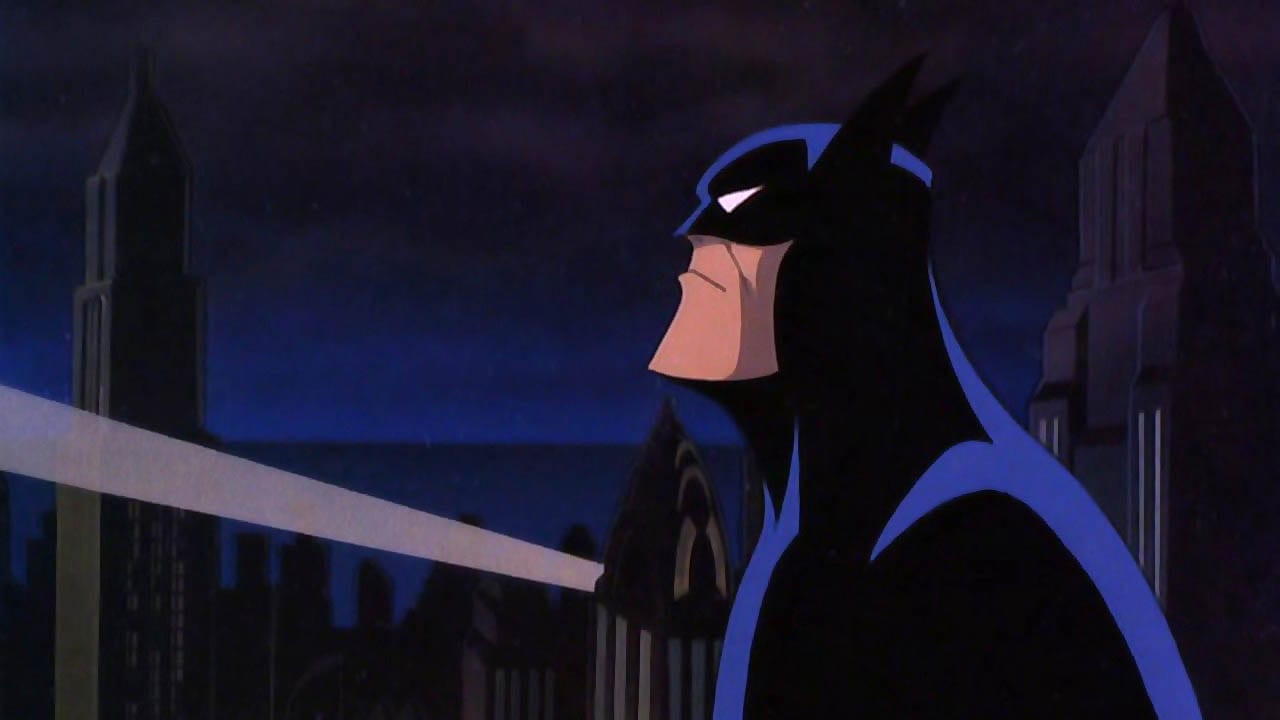 Warner Bros. may be preparing to send up the Bat-Signal. In a recent episode of the Fatman Beyond podcast, hosts Kevin Smith and Marc Bernardin said that sources have told them that a revival of Batman: The Animated Series is being discussed. The sequel series, or continuation, or whatever they decide to call it, would air on HBO Max. Bernardin first broached the topic, stressing that it’s just a rumor, but Smith giddily added that his sources – whom he describes as “very reliable people” – have told him the same and thinks that, while it isn’t set in stone, it’s more likely than not to happen. After much discussion about how it should play out, Smith finished the talk with, “If that was in the markets… and that was a potential stock to buy, I’d buy heavily in Batman: The Animated Series reboot. I think that’s gonna be a reality.” Premiering in 1993, Batman: The Animated Series was a landmark in TV animation, showing a darker, more mature version of the character and his world than had previously been presented in a series aimed at kids. It kicked off the DC Animated Universe and made DC a powerhouse in animation, giving the world what many consider to be the definitive versions of Batman and the Joker (outside of comics) in Kevin Conroy and Mark Hamill. Batman: The Animated Series can currently be seen in its entirety on HBO Max (though it’s in order of airdate; if you want to watch it in the original production order, you’ll have to skip around).

Obviously, I don’t want to get my hopes up too much, but Kevin Smith seems pretty confident that Batman: The Animated Series is on its way back. Whether or not that’s a good thing depends largely on who is involved. The major talent from behind the scenes needs to return, particularly Bruce Timm and Paul Dini, and some of the others, like Alan Burnett, would be nice. I also hope they keep the animation style of the original show, not the revamp from The New Batman Adventures onward, where everyone looks like a cadaver. And I’d love it if the original Danny Elfman music returns; it was integral to the atmosphere and made the stories feel epic and cinematic. Of course, Kevin Conroy and Mark Hamill go without saying; I hope all the voice actors who can come back do, but those are the biggies. (Dear God, can you imagine if Mark Hamill is able to successfully revive the two icons he’s played – one of our culture’s greatest heroes and one of its greatest villains?) If they can do all of that, then I’m fully on board. I’m the right age to have watched Batman: The Animated Series as a kid, and it was a big deal for me; it showed that animation (outside of prime-time stuff like The Simpsons) didn’t have to be overly sanitized and kiddie. The first episode I saw was “Heart of Ice,” and even at ten years old, I marveled at how human it was, how sympathetic Mr. Freeze was presented, how conflicted Batman was when forced to fight someone who kind of has a point. There are many other episodes like that, and since adult animation is more accepted now (thanks partly to this show), they shouldn’t meet with as many pleas from studio heads to make it more kid-friendly, as they did in the latter part of the run. A million things could go wrong, but there’s also plenty of reason to hope. I mean, Michael Keaton is coming back, and this would have been way more believable if someone suggested both of those possibilities a year ago.

Would you like to see Batman: The Animated Series return? Which version of the animation do you prefer? Will Kevin Smith be drafted to write an episode about Batman peeing himself? Let us know in the comments and stick around Geeks + Gamers for more TV news!

I hope it doesn’t get woke

I would love for this to happen, AS LONG, as they don’t woke it up. If they do then my they go to the Hell of Upside-down Sinners.

The woke era is a cancer. Ah, I see it has spread even here. Should I even hope for it?

I dropped the Arrowverse a while ago. But I got back into to it last year for the big crossover. God that was a mistake! I was so excited for Kevin Conroy to play live action Batman, and they made it so woke! Batman is a murderer who killed Superman and countless others and then Batwoman kills him. I have no hope for TDS Mark Hamill and Kevin Conroy in a revival of this great show.

Right now I don’t trust Hollywood, so would rather they just leave it alone!

I’m not so sure about this, either. I mean, maybe if they could get Paul Dini and Bruce Timm back on it, it might stand a chance, but….ehhhhhhhhh