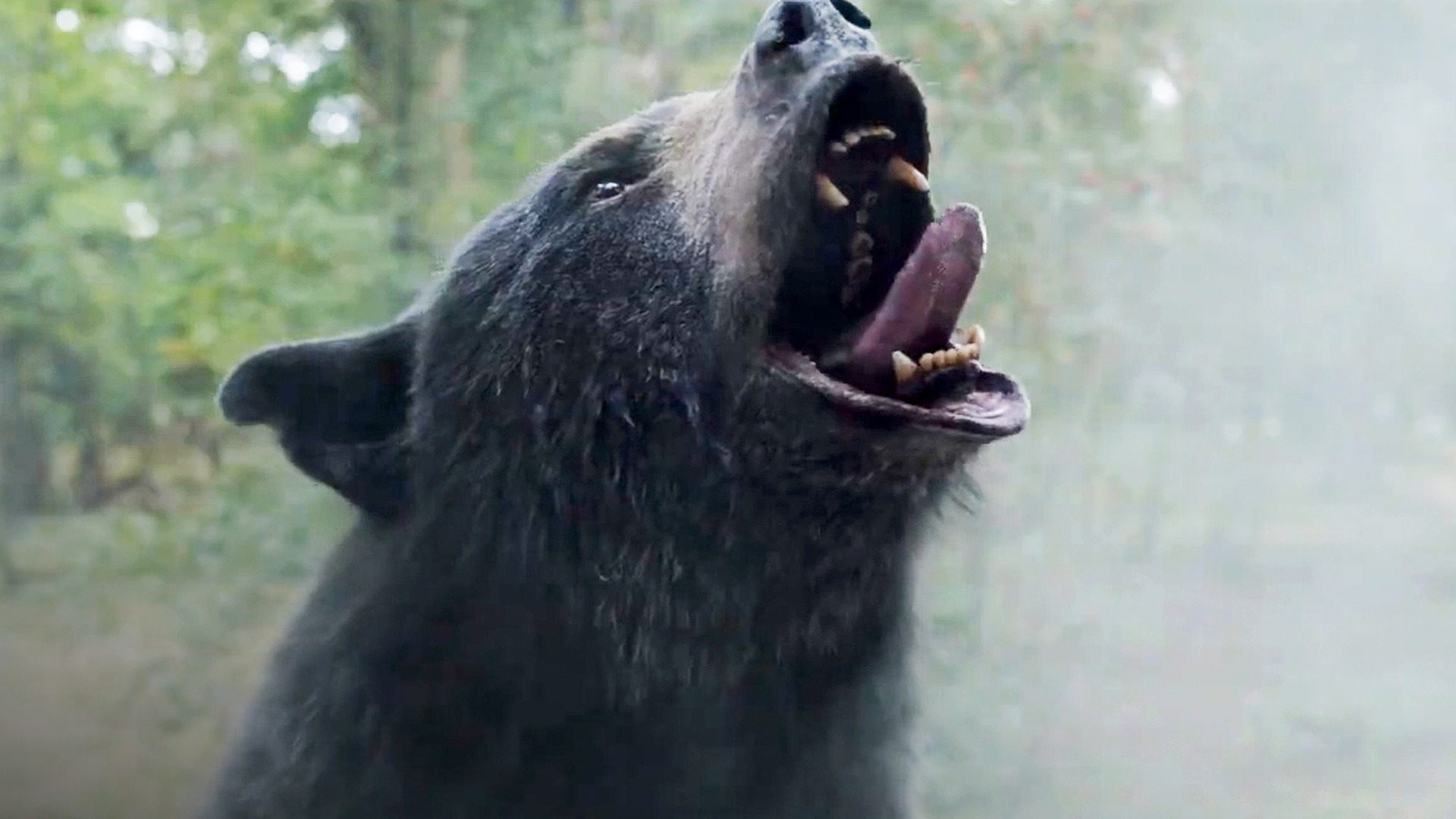 Who knew that the return of Indiana Jones, the Transformers, and the Guardians of the Galaxy would be outshone by a coked-up bear? I’m still not sure what the hell’s going on, but among the big studio trailers that released yesterday was one for a movie called Cocaine Bear. Directed by Elizabeth Banks (who will blame everyone but herself if it bombs), Cocaine Bear – which is based on a true story – is about a big bag of cocaine that falls out of a plane and gets ingested by a black bear. The bear goes berserk and terrorizes a small town while some of the locals band together to stop it. Starring Keri Russell, Ray Liotta, Margot Martindale, Jesse Tyler Ferguson, Alden Ehrenreich, O’Shea Jackson Jr., and Isaiah Whitlock Jr., Cocaine Bear will hit theaters on February 24, 2023. You can see the trailer below:

I don’t get it. Everyone is going nuts for this thing, but to me, it looks stupid. The story, despite its basis in reality, seems silly as opposed to scary; I guess that’s what they were going for, but it doesn’t look like fun. The special effects are horrendous, with the bear not once seeming like it’s really there. I guess this is an appeal to schlock fans, with a so-bad-it’s-good tone to draw in the old grindhouse crowd. But that only works when the film isn’t the one making the joke; if you go into a movie trying to make it bad, you’ve just made a bad movie. To use the most obvious example, Ed Wood wasn’t trying to make a disaster with Plan 9 from Outer Space; it just turned out that way, and this is why it’s so much fun. Or think of Tommy Wiseau’s The Room for a more recent example; despite some of the claims he made (if the brilliant The Disaster Artist is accurate), he was actually trying to make a good film, which makes the result hilarious. Coming right out with “Tee-hee, look how bad my movie is, tee-hee!” is inauthentic and desperate. But people seem to love it anyway, at least based on the trailer and concept. I hope they have fun when they see it, but I’m befuddled by this one.

What do you make of the Cocaine Bear trailer? Would this have been better as a straightforward horror movie? Is Elizabeth Banks preparing her “This Movie is Not for Men” and “I Demand Men See This Movie” speeches simultaneously? Let us know in the comments, and stay tuned to Geeks + Gamers for more on when hopped-up animal attack!

This has Snakes on a Plane written all over it.

YES! That’s the perfect comparison! A novelty that will probably wear off before the movie releases.