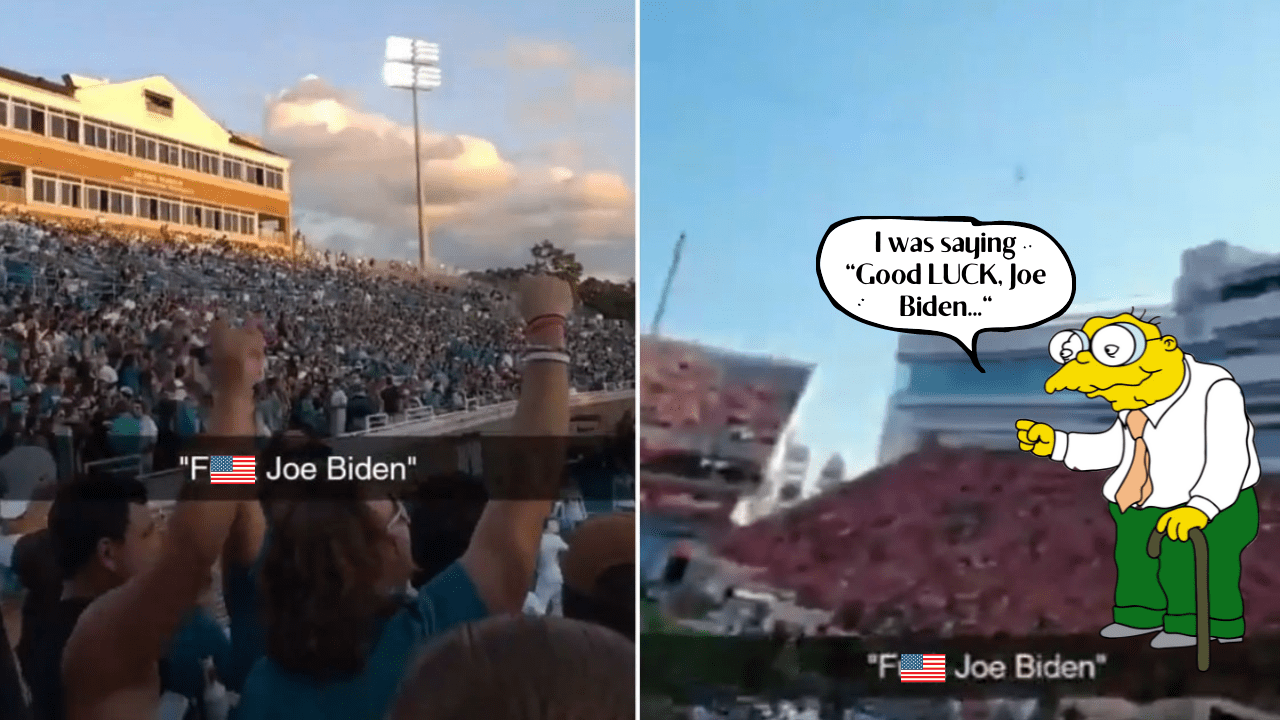 For the first two weeks of the college football season, fans have been serenading the Commander-in-Chief with some rather spicy chants. There’s just a certain ring to “F— Joe Biden.” Phonetically, it rolls off the tongue, and when you are trying to get a point across, brevity is the soul of wit.

What could have been a week one phenomenon that died out saw its flames stoked by the nation’s top doctor, Anthony Fauci, with his proclamation that “No, I don’t think it’s smart,” in reference to the thunderous chants from some of the largest schools in the nation (stadium capacity-wise).

Week one’s unmistakable highlight came from before the first kickoff, the spine-tingling crowd at Lane Stadium joining in with the adopted team fight song; Metallica’s “Enter Sandman.” Thousands of frat boys and sorority girls bounced along with the metal classic as the raucous performance registered on the Richter Scale!

Once the game got underway, the fans, feeling their sense of camaraderie return, let out a much less flattering display of aggression. What could have been a one-off quickly made it to the campuses of Coastal Carolina, Texas A&M, and Auburn.

What could be the motivation behind this chant? They’re in the South, as some dim commentators who also bought the Rolling Stone report that Oklahomans were overdosing on horse de-wormer pointed out. But these are universities, after all. Every university across every metric is very left-leaning. In fact, Virginia Tech has a complete vaccine mandate for everyone on campus, so to say it’s in protest of that is misguided, at least. Do these college-age kids see the wanton destruction abroad, something that has been active in the Middle East for their entire knowing existence, become a shambling disaster seemingly overnight and feel the need to make a statement?

Another FUCK JOE BIDEN 🗣 chant, this time at the Virginia Tech game

In all honesty, it’s most likely an easy chant to… well, chant. It’s the rebellious nature of the kids being away from their families for the first time in 18 Months, and they are letting it all out; at the expense of the President. We will see if this chant has the staying power of “Na, na, na, hey, hey, hey, goodbye!” or the shelf life of the “Dirty Bird” when week three kicks off this Thursday.