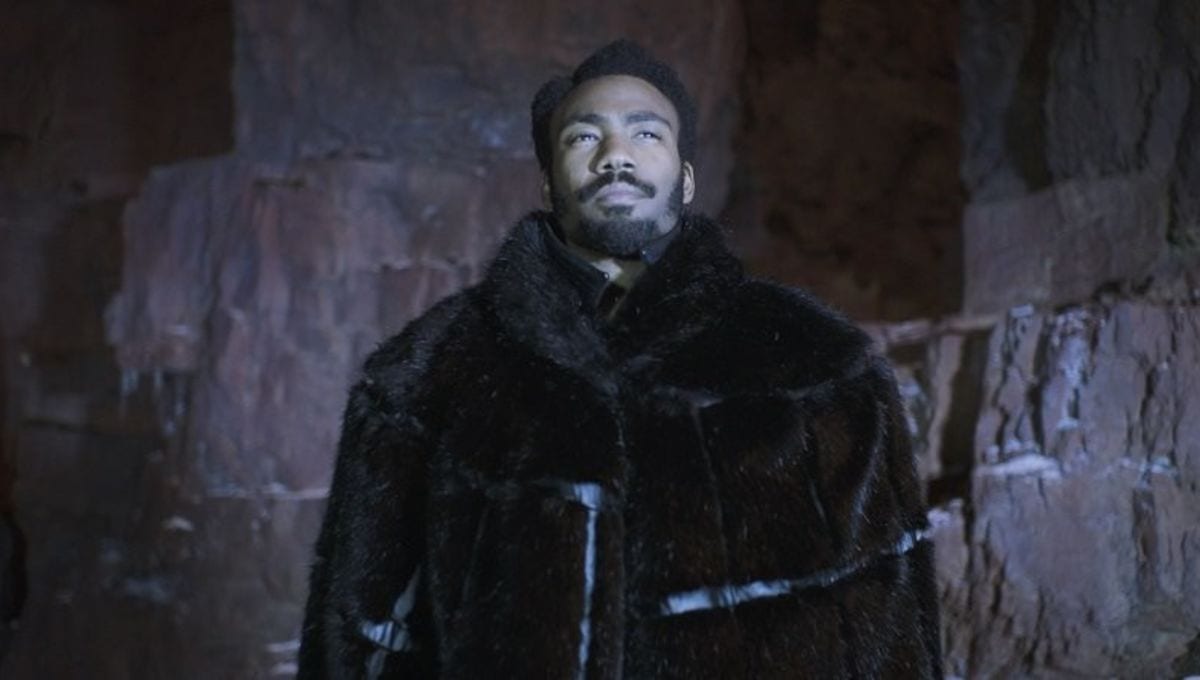 Mothers, lock up your gender-non-specific droids. According to Kessel Run Radio, Donald Glover will be reprising Billy Dee Williams’ role of Lando Calrissian in a TV series. It isn’t specified, but presumably, a Lando show would air on Disney+. Glover portrayed a young Lando Calrissian in Solo: A Star Wars Story, alongside Alden Ehrenreich, who played Harrison Ford’s Han Solo, and Emilia Clarke, who is the Mother of Dragons and can do whatever she wants. The announcement is brief, and not much about the series is known, but the guys at Kessel Run Radio seem pretty confident that this is happening. Take it with as many grains of salt as you want, but JoBlo points out that Kessel Run Radio was also the first to talk about The Bad Batch, so they have a decent amount of credibility. Lending even more credence to this rumor/scoop is Ehrenreich’s comments to Esquire last week, where he said that he’d heard some possible developments “but nothing concrete,” as well as indicated that he’d be interested in returning if the circumstances were right.

Can you call it “going back to the well” when you live in the well? I know Lucasfilm will never let go of its member berries, but with the success of The Mandalorian, I thought maybe they’d focus on things that were at least a little bit different. But, here we are, and Lando Calrissian is likely getting his own show. I have no interest in this; I didn’t see Solo because I’m tired of this notion that classic film characters can simply be recast decades later so the studios can pump more money out of them. As such, I can’t speak with any authority on Donald Glover’s performance, but even if you wanted to recast Lando, I can’t see him in the part. Billy Dee Williams is very masculine, and traditionally masculine; he has the presence to stand beside someone as iconic as Harrison Ford as an equal. Donald Glover is a little nerdy guy; I’m sure Alden Ehrenreich is no Harrison Ford, but they’re supposed to grow into these men eventually, aren’t they? As for the show, I imagine it’ll show how Lando became the leader of Bespin Cloud City because it’s a thing from the original trilogy, so we need to see exactly how it happened in minute, tedious detail. It’s tough to tell on streaming services, but I’d be interested to know how many people watch this. Regardless of how anticipated it is or isn’t, I imagine it will do well; people are already paying for the service, and there isn’t a whole lot of original content on Disney+ at the moment.

Are you glad they’re making a Lando show? Did you like Donald Glover’s performance? How many extraneous existing characters do you think he’ll run into in the first five minutes of the pilot? Let us know in the comments and stick around Geeks + Gamers for more Star Wars news!

Insert Ryan Reynolds .gif: “But why?”