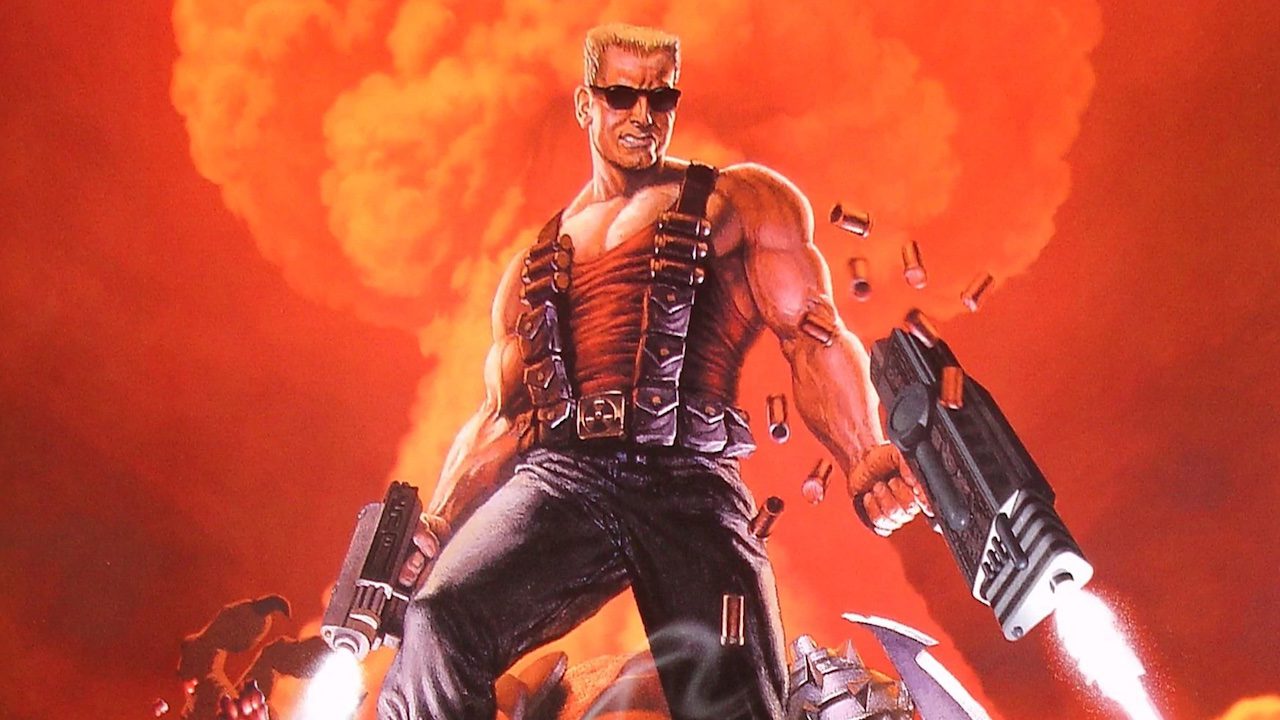 Get your 80s movie quote guidebook ready. An exclusive from The Hollywood Reporter reveals that Legendary, the studio behind the recent Godzilla and King Kong movies, has acquired the film rights to Duke Nukem from video game company Gearbox. But, best of all, Legendary has tapped the team behind the incredible Cobra Kai – Josh Heald, Jon Hurwitz, and Hayden Schlossberg – to produce the movie, along with Jean Julien Baronnet, who produced the Assassin’s Creed film. Currently, a writer and director are being sought, though The Hollywood Reporter believes that one of the Cobra Kai trio could end up directing. The Duke Nukem franchise began as a PC platform game but really hit its stride with Duke Nukem 3D, a fun, over-the-top first-person shooter that became a sensation among gamers and helped popularize the genre.

It’s tough to get excited for a video game’s movie adaptation considering their history, but so far, Legendary is making all the right moves with Duke Nukem, with the possible exception of the Assassin’s Creed guy. (I never saw the movie, but I’ve heard nothing good.) Cobra Kai is probably the best resurrection of a long-dormant franchise there’s ever been, and it revels in the classic 80s action and tough-guy persona that is Duke’s stock in trade. That’s part of what makes Duke so much fun; he’s a movie geek at heart, and he delivers the same phrases we all repeat from our favorite action flicks when he blows up a bad guy. Since it’s the current year, they’ll probably have an uphill battle to keep the sexy stuff in there (can you imagine the Salon and Mary Sue articles about him throwing money at hookers in-between alien shootouts?), but if anyone can do it, it’s probably Heald, Hurwitz, and Schlossberg. As for who should play Duke, I don’t know off the top of my head. As the Hollywood Reporter piece mentions, John Cena was supposed to do it for a while, but I hope they don’t go that route. Physically, he’s pretty perfect, but I’d like someone who can deliver some of these cool lines with an ounce of charisma. Maybe Alan Ritchson from Reacher could do it, if he’s not too busy with that show. He looks the part as much as Cena does, plus he’s an actual actor. Maybe we’ll get burned again, but I’m choosing to be happy about this.

Do you want to see a Duke Nukem movie? Who should play Duke? Can Bruce Campbell be coaxed into a cameo as someone who calls Duke out on his borrowed catchphrases? Let us know in the comments, and stick around Geeks + Gamers for more movie news!

Main Duke can be Alan Ritchson, but the pilot episode, narration, and back story should told by Dolph Lundgren as an older Duke. Since he should’ve been Duke since 1995.

So… Movie as a kick off to a TV Series…

Duke gets designed in the movie as he was from 95 to present day (allowing movie quips, action star cameos, and the rehashing of the nightmare game development story), but new developers push to make Duke the first legit living synthetic AI/cloned video game character , until aliens mistake the character as a legit human. Somehow Duke is forced to live up to his gaming persona and save the universe from extra-terrestrial invaders.

If they do a narration aside from whoever plays him in the movie, I’d rather it be Jon St. John, the voice actor from the video games.