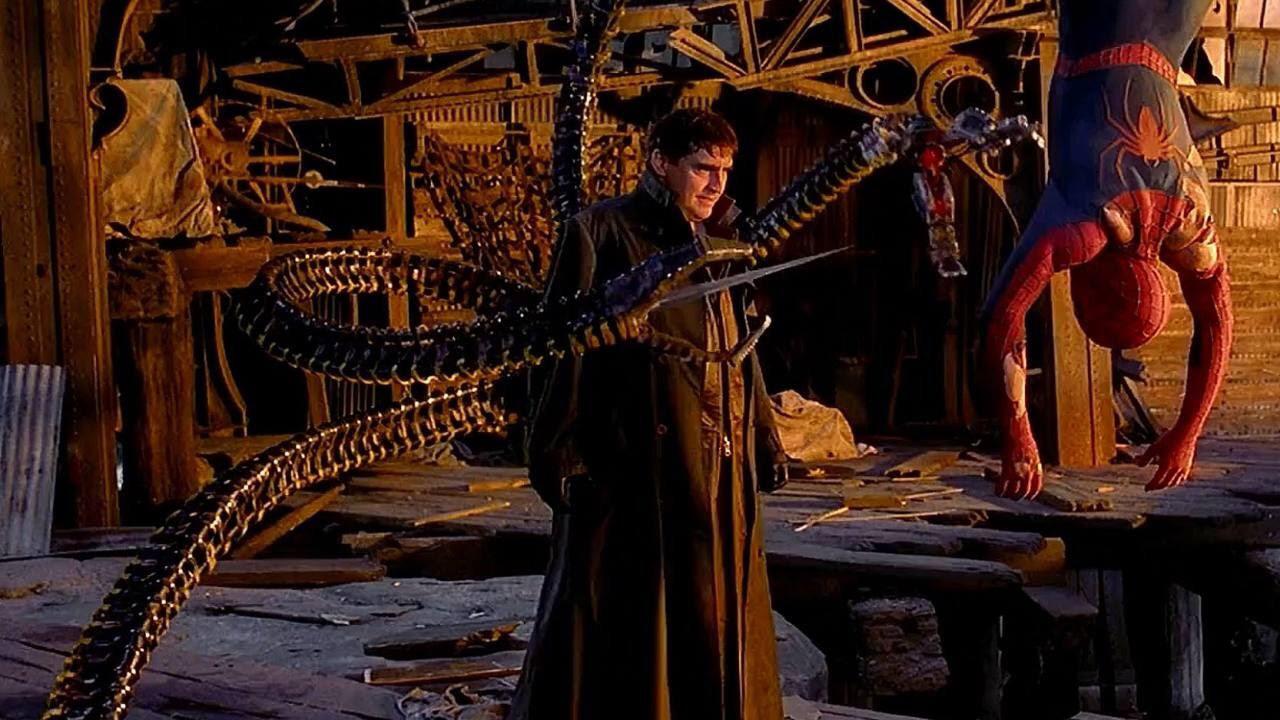 Sony/Disney’s next Spider-Man movie is going to be a trip down memory lane, as reports are coming in that the upcoming film will build on its inclusion of Jamie Foxx’s Electro from The Amazing Spider-Man 2. First, The Hollywood Reporter revealed that Alfred Molina will reprise his version of one of Spidey’s greatest villains, Doctor Octopus, whom he portrayed in 2004 in Sam Raimi’s Spider-Man 2. Then, Collider added that Molina will be joined by Andrew Garfield – Spider-Man from Marc Webb’s Amazing duology – and Raimi’s Mary Jane Watson, Kirsten Dunst, for sure, with Tobey Maguire currently negotiating to once again play Peter Parker from the Raimi films, and Emma Stone expected to bring back Gwen Stacy (“pregnancy permitting,” says Collider). The third Spider-Man film to take place in the Marvel Cinematic Universe (following Spider-Man: Homecoming and Spider-Man: Far From Home) will deal with the multiverse and feature Benedict Cumberbatch’s Doctor Strange as the new mentor for Peter Parker. The next wall-crawling Spidey movie is set to release on December 17, 2021, and will be directed by Jon Watts (the only filmmaker to direct more than two Marvel movies in a particular character’s series).

Bluntly, I hate this. I wasn’t a fan of introducing the multiverse in a Spider-Man movie at all, and especially so early in the series, but dear God, this is overkill. They’re bringing in every past Spider-Man, every past villain, both love interests, and who knows what else. Will Willem Dafoe be back as the Green Goblin, with James Franco as his son, Ski Instructor Goblin? Sure, they died, but so did Doctor Octopus, and here’s Alfred Molina! I imagine the driving force behind this is the success of Spider-Man: Into the Spider-Verse mixed with Hollywood’s allergic reaction to anything even approaching a new idea, but I also wonder if Sony is looking to save some face in the wake of the new series’ popularity and legitimize its older franchises. Or maybe this is part of a compromise with Disney/Marvel to create that stupid Spider-Man shared universe without screwing up the MCU’s storytelling potential.

Well, if that’s the case, I think the latter objective is doomed to fail, and that’s the biggest reason why I hate this. Tom Holland’s Peter Parker will now have alternate versions of Doctor Octopus, Electro, Mary Jane, Gwen Stacy, and probably everyone else Sony and Disney can coax back before he meets the ones in his world – or, more likely, instead of meeting those ones. This has been a problem since Spider-Man: Homecoming (which I really liked, as I did Far From Home); Marvel is so intent on not showing things that have already happened on-screen in other interpretations that they’re glossing over, or skipping entirely, important parts of Spidey’s legend. Remember how anathema they were to showing Uncle Ben die? That’s okay (and I thought they handled it quite well in Captain America: Civil War), but what about things like the two great loves of his life? What about some of his more important villains? What about Harry Osbourne? As Peter is still in high school, I assumed the movies would build to this and was willing to see how it played out, but now they’ve ruined that potential. This Peter will never meet his Gwen Stacy or Mary Jane because those characters will be part of another version of his story. He’ll never face his Doctor Octopus because he will be established as one of his doppelgangers’ nemesis. And if he does somewhere down the line, those moments will be meaningless because Peter will have seen it all before; even if Doctor Strange pulls some deus ex machina mindwipe or something, it won’t matter because the audience has seen Peter experience it.

As such, Sony and Disney are effectively confirming that this Spider-Man is not the “real” Spider-Man. If almost all of the character’s milestones happened to other people, then what’s his claim to legitimacy? If his main villains, minus Vulture and Mysterio (both of whom I like a lot, but compared to Doctor Octopus and the Green Goblin?), have faced another Spidey, isn’t he the real Spidey? He’ll never be the Tiger who has to face that he’s just hit the jackpot or the defeated hero who mourns the love he couldn’t save. Those things happened to two other guys. And, now that Doctor Strange will be stepping into Tony Stark’s mentor shoes, he’ll apparently never grow up either. He’ll always be the goofy kid who needs another superhero to teach him how to do his job. Far From Home seemed to end that stage of his development, and I enjoyed how that movie went about it, but the next installment (Spider-Man: Home is Where the Heart Is; you can thank me later, Kevin Feige) looks poised to torpedo that development and bring Peter back to the upstart position. I used to think the people calling him “Spider-Boy” and “Iron Boy” were being unfair and shortsighted, but it looks like they were right. Marvel has no interest in their most popular character anymore, and the investment they claimed to be making in Tom Holland has officially been either cashed out or severely depleted. What a waste.

What do you think of all the previous Spider-Man actors returning? Have you enjoyed the MCU Spider-Man films so far? Will we be “treated” to a scene of Rosemary Harris, Sally Field, and Marissa Tomei drinking tea together and comparing costume-washing notes? Let us know in the comments, and stay tuned to Geeks + Gamers for more movie news!