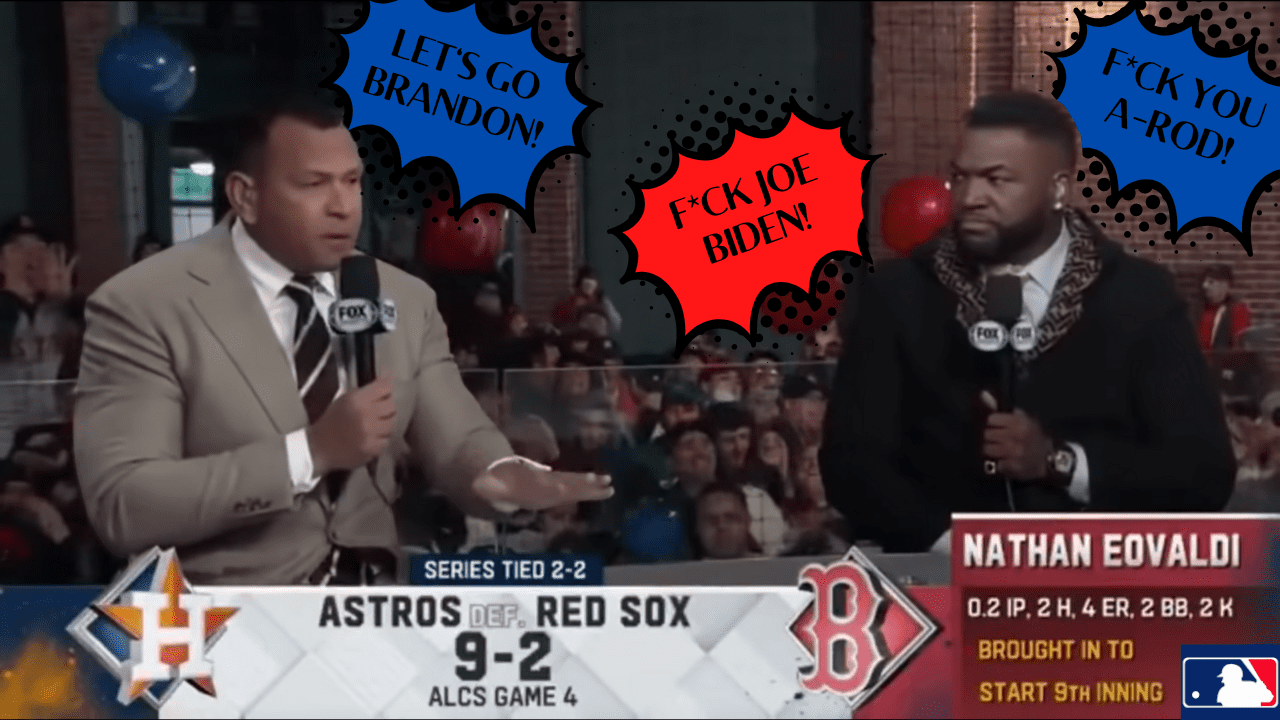 In the aftermath of a drubbing rendered by a 5-run 6th inning by the Houston Astros, only the familiar cries of some salty BoSox fans who stuck around Fenway Park to be a part of the Fox ALCS postgame show remained. What were they chanting? Alex Rodriguez, David Ortiz, and Frank Thomas are on the panel, but who’s this “Brandon” guy?

It never gets old. Chants of “F*ck Joe Biden” rang out on “not” Yawkey Way after the game, during the after-show. Show producers cut to the wide shot to dump the audio. Still, short of cutting to commercial in the middle of an A-Rod soliloquy, there was nothing the good people at Fox Sports could do. But it’s hard to say if they really cared about the added next-day exposure. The chant was heard an additional three times during the broadcast; this just happened to be the one that was captured. Fox just had to go with it and ride out the rowdy Bostonians. There is only so much delay in the dump button, so chants of “F*ck you A-Rod” and “F*ck Altuve” also made it to air. It’s commendable how the panel of former All-Stars dissected the game with the sustained chanting in the background. Props.

It’s nice to see the chant of many sports continuing on to the playoffs now. It’s been at college football games around the country. It was heard at NASCAR races, apparently, though that sounded like something else. It’s even been heard at concerts and family picnics. No wonder Joe received 81 million votes in the 2020 general election; his name alone spontaneously erupts without him even showing up. That’s not easy for him to do, if you remember the campaign.