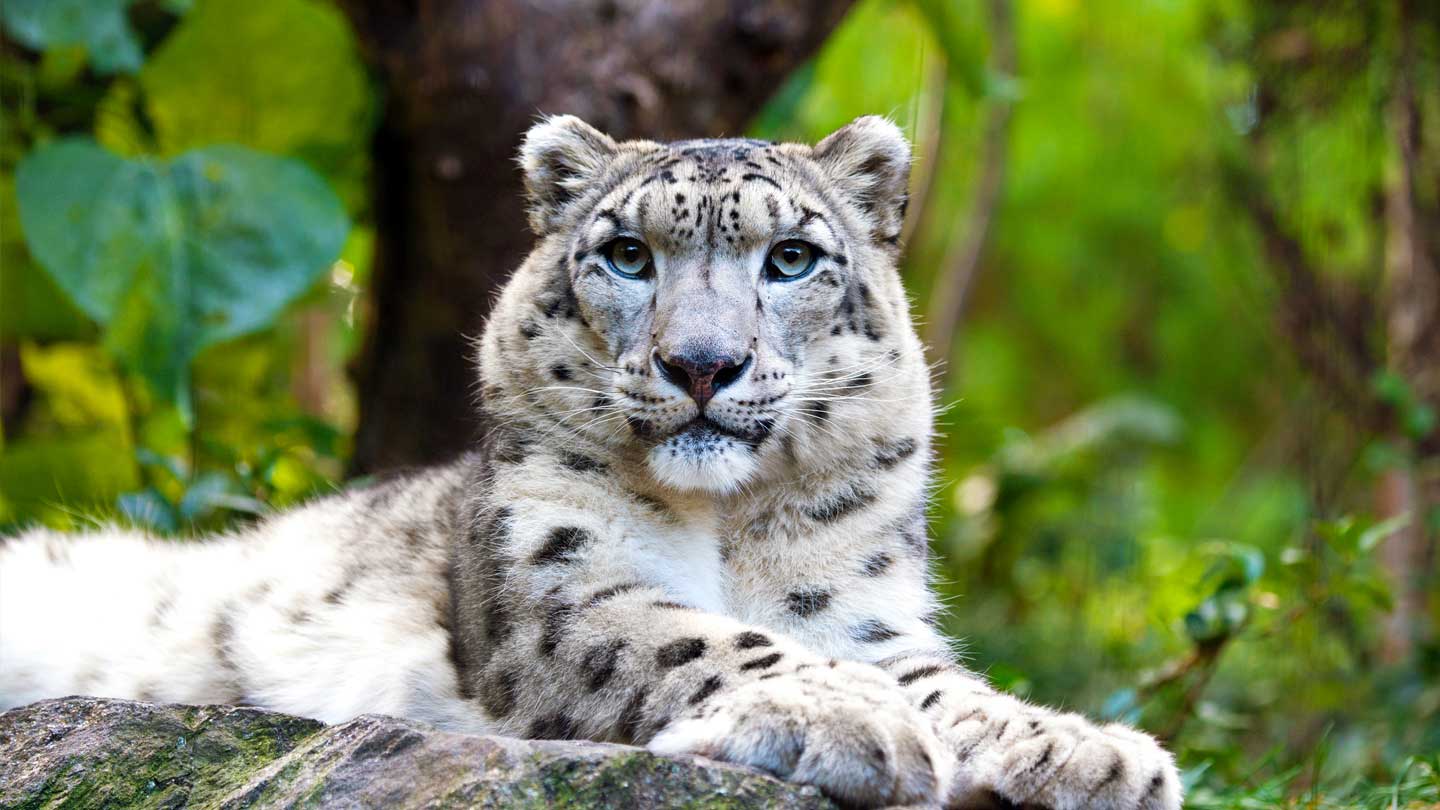 Geeks + Gamers just opened up their very own zoo, and we are excited to share with you the animals that we have collected so far.

Now, obviously, we have giraffes. Can’t have a zoo without them, though they keep sticking out their tongues, for whatever reason. Our zoo doctor told us that they only do this when excited, so I guess they’re always excited. Are you excited? You should be. You will be. At our zoo. Keep reading. 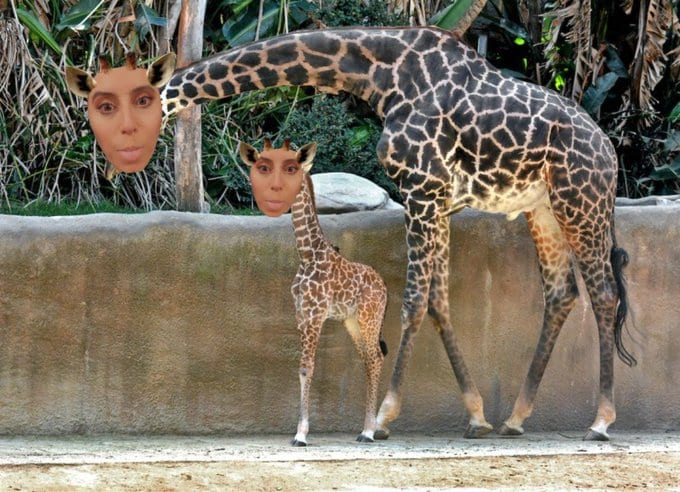 Here’s Jeroo the Orangutan. He’s currently on an all-vegetable diet, which he’s still trying to get used to. He would spend his days lying around playing Mario Kart and eating nothing but pizza and hot dogs, so we had no choice but to restrain him from that. Just look how happy he is to be eating his only meal of the day! Healthier choices are better, Jeroo; you’ll thank me later. 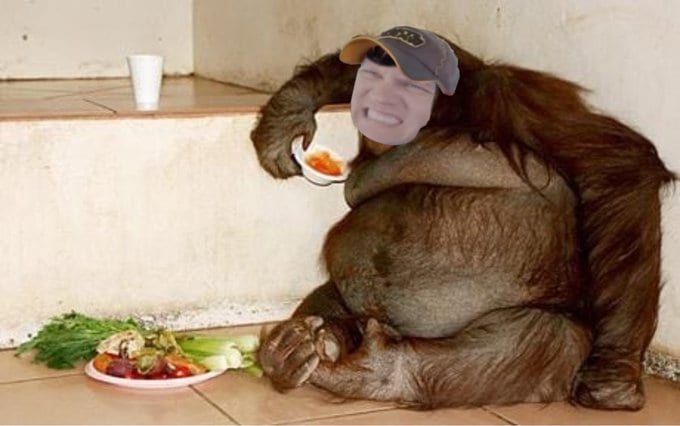 This is “LePimp,” the chimp. You can usually spot him when a woman is present; otherwise, he won’t go anywhere near the fence. No need to be alarmed by his massive appearance; he’s known for giving long hugs and whispering sweet words in your ear he may lick – it sometimes, but only sometimes. 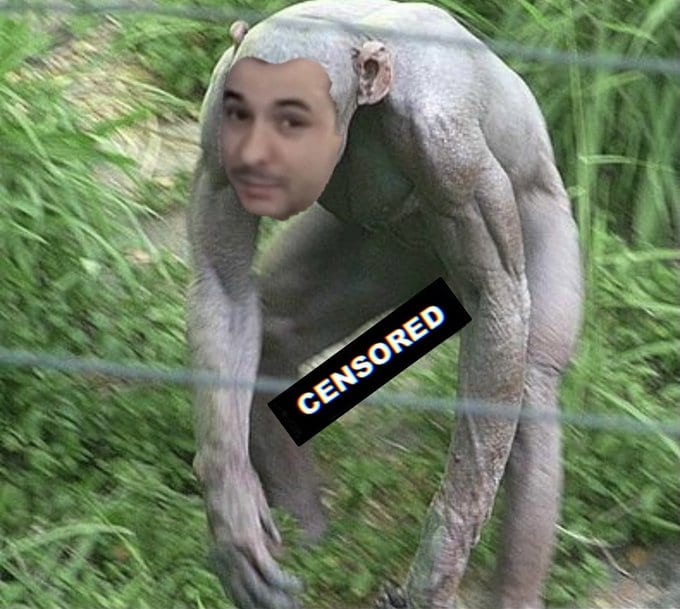 Recently, we had Carole Baskin visit our zoo, which proves that we are pretty much a big deal. She came to see “Rarwan, ‘ the lion, which she will be buying from us soon. Just look how happy he is to know that he’ll be staying at her place from now on. He will surely be in good hands. Amazing! 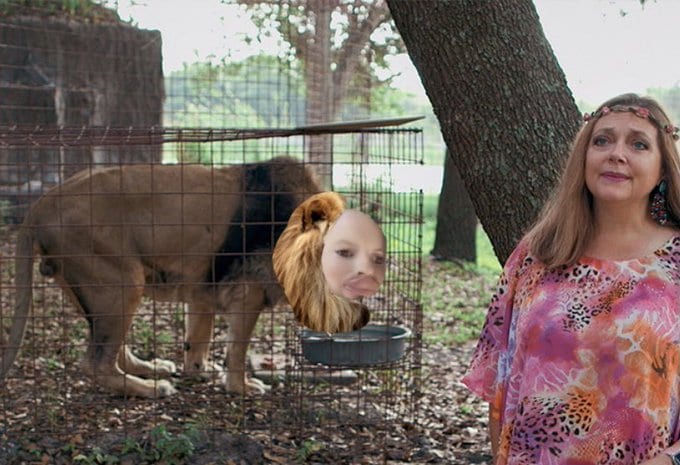 This is Jayboo, the gorilla. He’s super active when the crowd pours in, where he’ll be seen posing for the camera and blowing kisses to everyone who walks by. But you can only look and not touch; he hates when you touch him. If you want to hug an animal here, you can visit LePimp the Chimp. 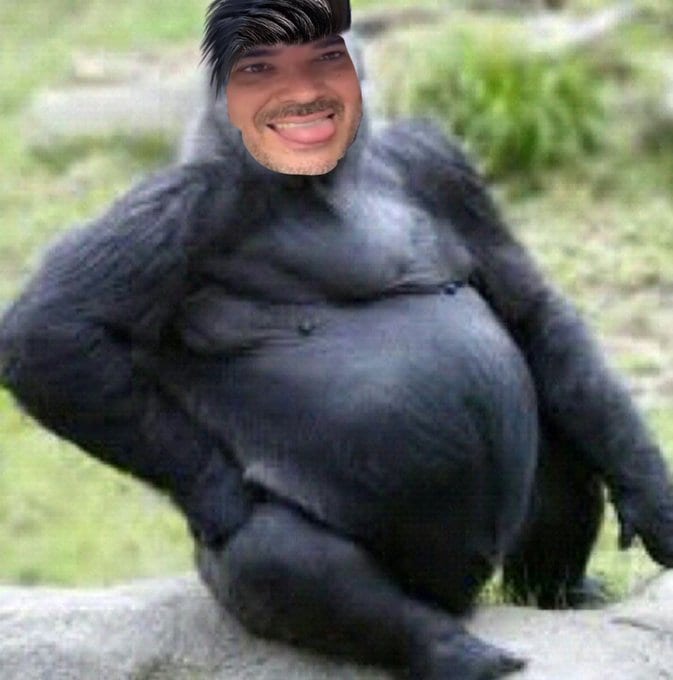 We also have some classic farm animals. Most of them are imported from Jay’s farm; Jay was kind enough to help expand our zoo. We recently got Joshio, the billy goat, who’s so happy to be with us. (Ignore the udders; I assure you that’s a male… I think… definitely a male… yes.) 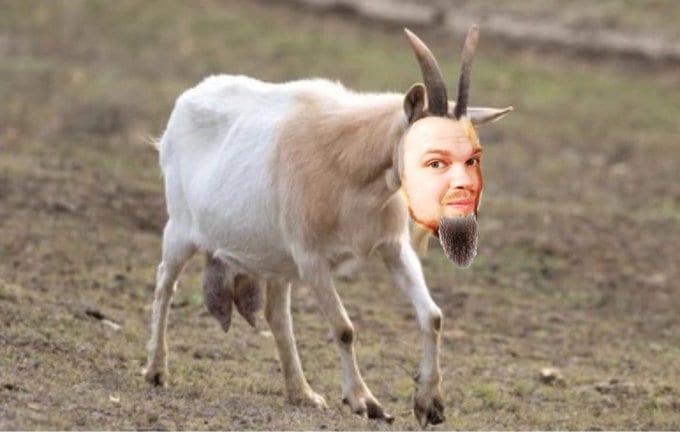 Also from Jay’s farm, we have Khickens. The mother hen protects her babies, and if anyone goes near them, she will peck your eyeballs out. It happened to one of our staff here, so no children allowed in this area please – or maybe just people in general. Again, look but don’t touch. Pictures are fine… we think? Enjoy the farming section!

Next is Exxy, the sloth. She’s been smiling like that ever since we got her, which proves she is happy to be here. Come to think of it, that’s the only emotion she has, which is perfect for when people take pictures but creepy when you have to close up shop for the night. She only eats jellybeans, for some reason. We don’t know why; we got her from a gypsy, no questions asked. 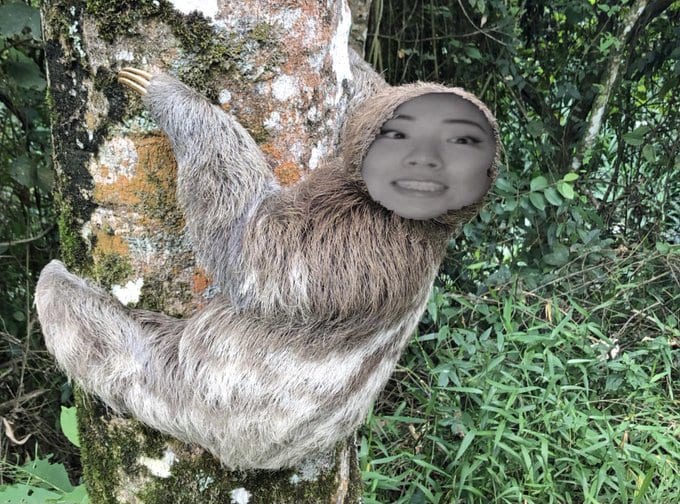 This is Lyndoo, the llama. He’s the happiest llama in the world and another addition from Jay’s farm. He’s known for making a huge mess everywhere, which is why we can never take him places. We are almost 99.99% sure that this behavior came from Jay himself. We love him no matter what, though; he just stays in a fenced area at the zoo and greets the people who come in. What a smile! 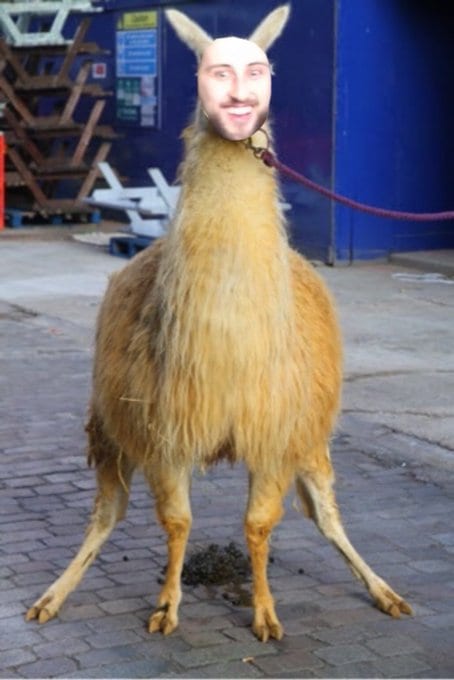 Maree, the 👁👄👁 fish, is known for staring into your soul. We bought this fish from a sketchy man in an alley; it was a pretty good deal, so we went with it. We’re still not 100% sure what it does, but it brings good luck to our zoo if you ask us. 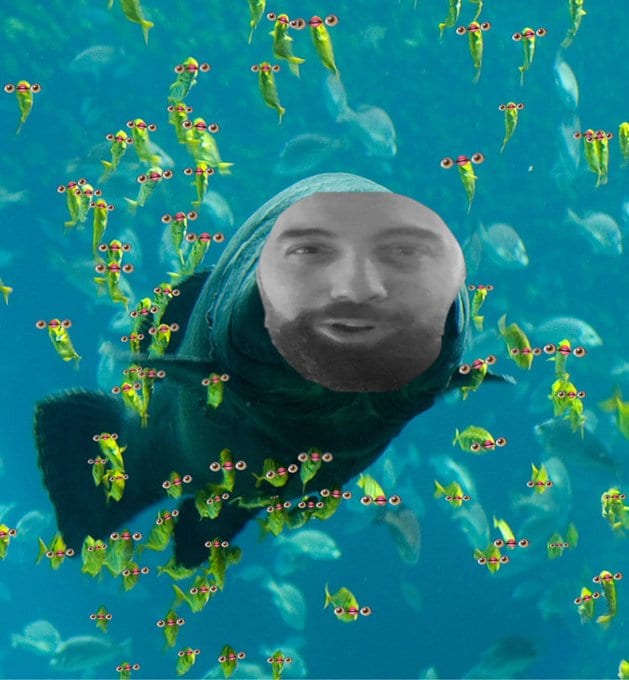 This is Oddie, the seal, the only seal on earth that eats pizza but only if it has fish and hair on it. (Fun fact: that’s also Drunk3PO’s favorite pizza toppings.) Oddie is also the only seal that hates water; he just likes to sunbathe all day long, so we sometimes have to slap sun lotion on him so he doesn’t burn. 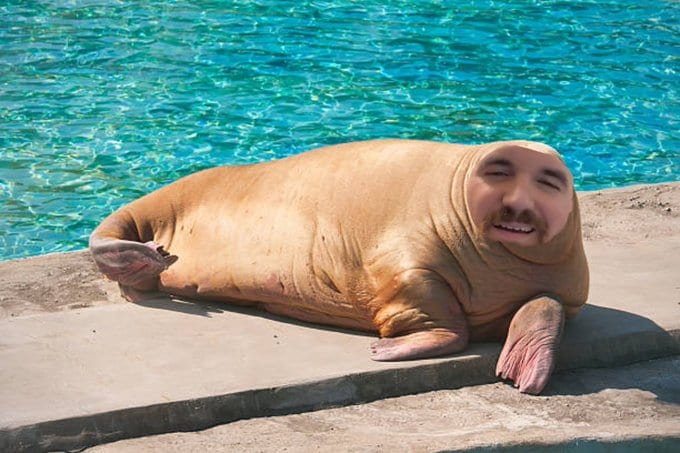 Finally, we have Ivon, the tortoise – the fastest one in the world, which is no shock since we have nothing but the best animals at the Geeks + Gamers zoo. Rumors were going around about Ivon stealing personal belongings from guests and hiding them in his shell; we can’t confirm or deny these allegations considering that we’ve never seen this happen, but Uber Eats keeps showing up and bringing Ivon fresh carrots. 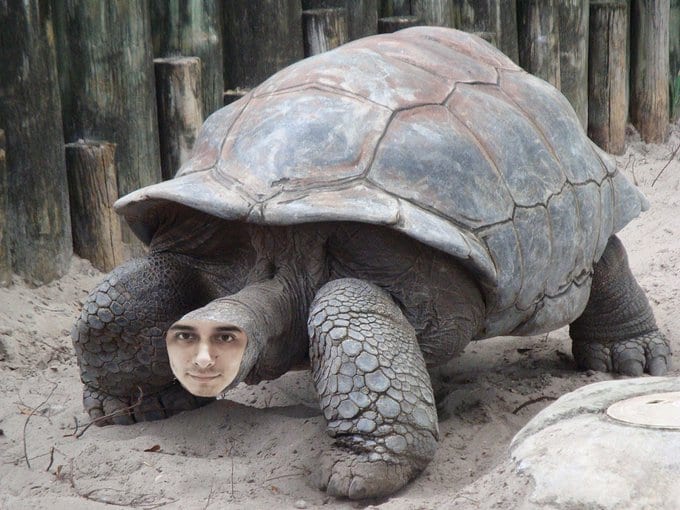 That’s all we have so far at our zoo. If you’d like to visit this summer, just ask @Drunk3PO on Twitter for details and tickets. Also, if you or anyone you know is selling an animal, please contact us through Jay, the farmer.

We look forward to seeing you at the Geeks + Gamers zoo!

I have a old wet ferret I’d like to donate. He’s got a lot of miles on him but he’s good for a lot more.