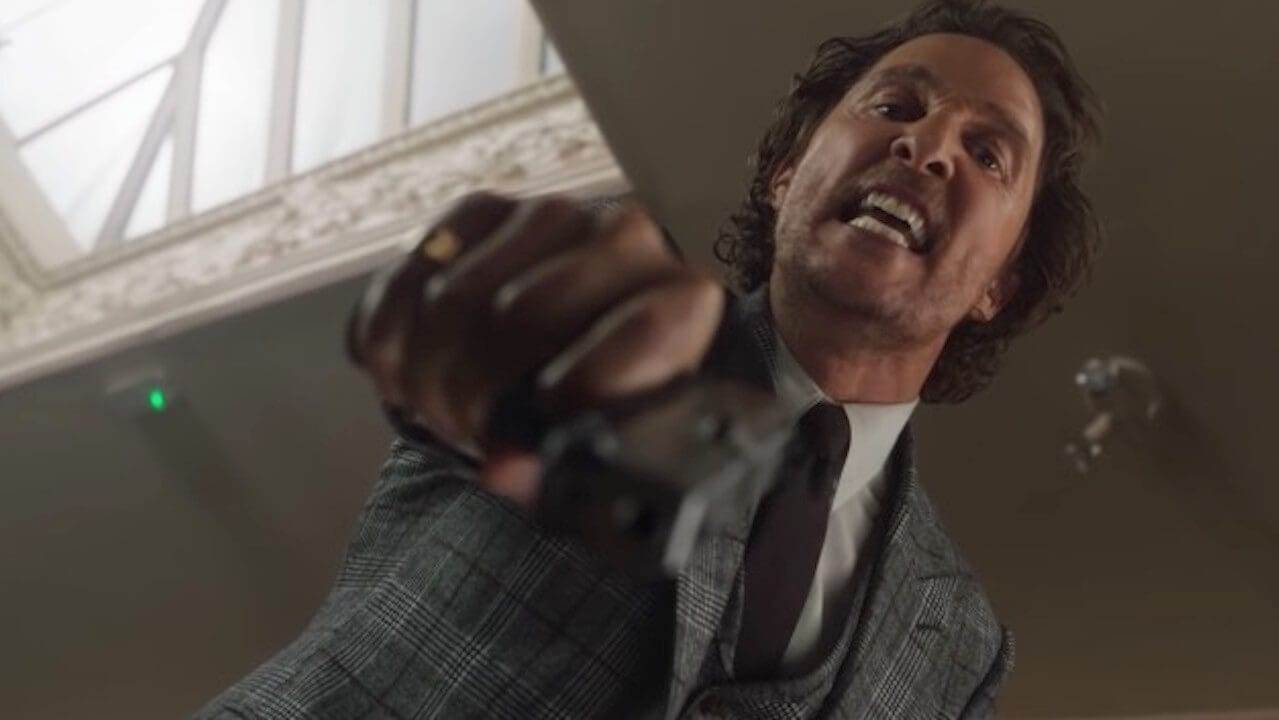 Guy Ritchie is going back to his London crime roots as the first trailer for The Gentlemen has arrived online. The Gentlemen trailer opens with Hugh Grant’s Fletcher pouring himself a drink, insisting that Charlie Hunnam’s Raymond play a game with him. As Fletcher goes through the various players, we are introduced to both Henry Golding’s and Matthew McConaughey’s characters, the two preparing to face off as representatives of  the old guard and the new. Amid all the gunfire and quips (including a funny exchange between Hunnam and Colin Farrell’s Coach, who seems to be at the top of his game, we see McConaughey preparing for war, saying that intends to be a king and that “when the lion’s hungry, he eats.”

I absolutely loved this Gentlemen trailer. It’s no secret that Ritchie has spread his wings in recent years, with varying degrees of success. Given that his most recent outing, Aladdin, is the most successful film of his career, at first glance, one would expect him to continue along those lines. But Ritchie had a vision and has been developing this movie for over a year, so I’m glad to see that his labor has paid off. The Gentlemen harkens back to his earlier films, such as Lock, Stock, and Two Smoking Barrels and Snatch. From Grant to Farrell to McConaughey, it’s good to see all these actors enjoying themselves. In addition, I’m excited that Hunnam took the lead role here, as I remember the two discussing this project on the King Arthur press tour (though Ritchie had initially floated the possibility of it being a TV show). While I’m disappointed that Ritchie couldn’t direct Sherlock Holmes 3 because of this project, I can’t wait to see The Gentlemen when it opens on January 14th.

Are you excited for Guy Ritchie’s return to the gangster genre, or would you prefer he stick with blockbusters? Let us know in the comments and stay tuned to Geeks + Gamers for more movie news!