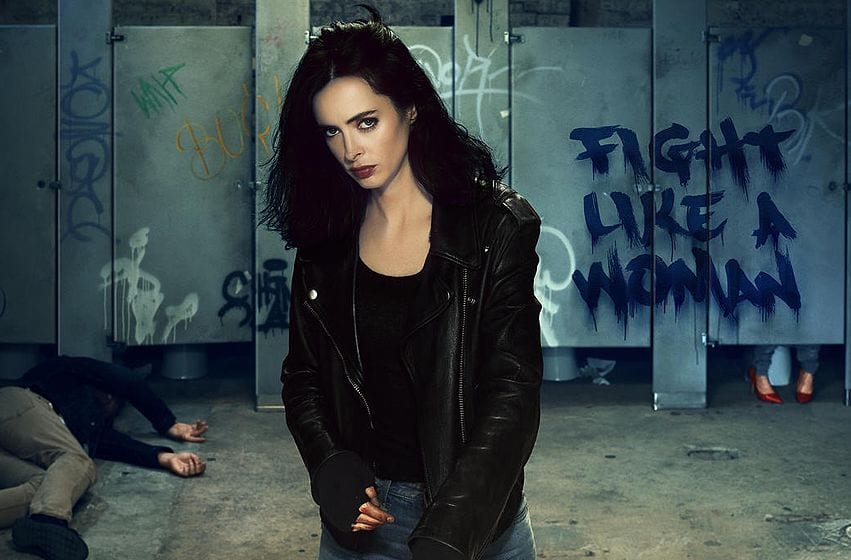 Jessica Jones Season 2 follows the titular hard drinking private eye after the events of last year’s The Defenders. Jessica and Malcolm are plugging away at Alias Investigations when Trish brings to light disturbing aspects of Jessica’s past. The deeper Jessica digs, the more personal this case becomes.

I loved the first season of Jessica Jones. Arriving after the gritty, action-packed first season of Daredevil, the slow burn of her freshman year felt incredibly fresh when compared to The Man Without Fear. Season Two, in that regard, is no different. It drops the high action of The Defenders and returns to that hard boiled, detective noir style that really gives this show its own identity in the MCU canon. With that said, Jessica Jones Season 2 is an imperfect ride, but one that has A LOT of impact on its main character and her supporting cast. 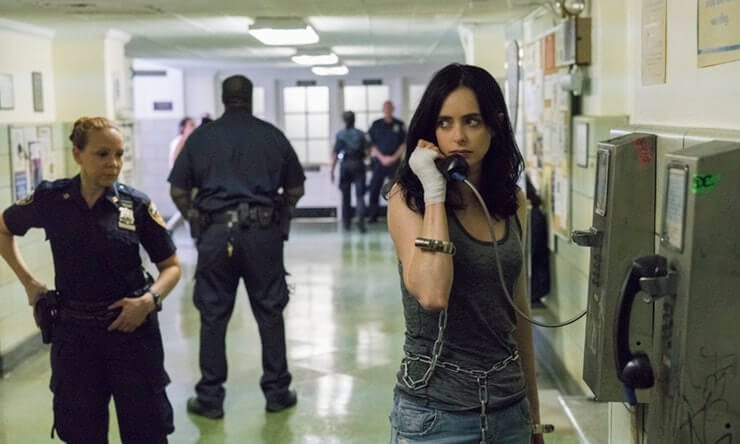 Krysten Ritter is spectacular in the title role, possibly even more so than in the first season. She really knows how to dig deep into the material and glean the most out of the emotions her character feels. Couple that with the biting wit and sarcasm that she delivers effortlessly and, in my eyes, this is easily an Emmy-level performance.

Rachael Taylor is, for the most part, really great in this season. She’s given a lot to do and she’s part of the main investigation. Taylor does a good job conveying how much she loves Jessica, as well as Trish’s sheer force of will and ambition. Eka Darville might have been the best of the side characters in the season. I absolutely love the excitement and determination he shows as Malcolm, and he kills it in his multiple dramatic scenes. Darville is incredibly talented, and I can’t wait to see where he goes in Season 3. Carrie Ann Moss is spectacular as well; the storyline she’s given REALLY puts Moss in a lot of heartbreaking scenes, while also not weakening Hogarth as a character. Moss balances vulnerability and that take-no-shit attitude of hers well, and there are several of her scenes that had my jaw on the floor. 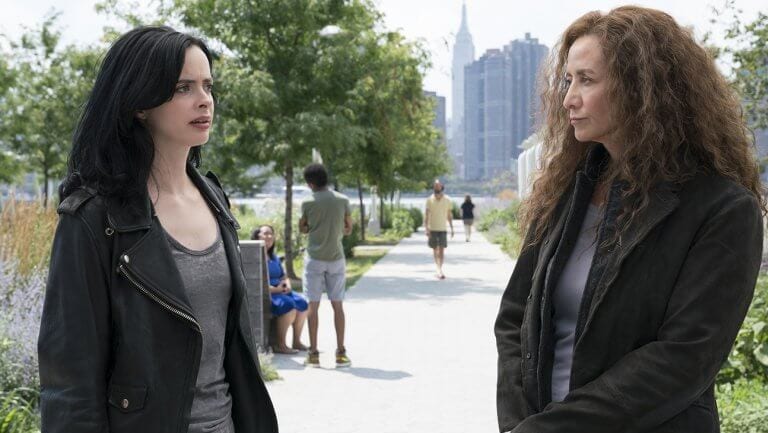 Janet McTeer, playing a character I won’t spoil here, is fantastic. She balances menace, sheer intensity, and vulnerability effortlessly. I don’t want to spoil who she is or what she means to the story, but her performance is GREAT.

The plot revolves around Jessica, Malcolm, and Trish investigating IGH and their connection to Jessica’s powers. This investigation takes up a lot of the first half of the season, but once a key reveal comes to light, the show switches gears. This plot point is going to divide fans. I’ve already seen backlash against this season, and I’ve noticed a lot of people harping on things that happen after that turning point. That being said, I really liked the direction they took the rest of the season. There’s more than just investigating going on though; there’s a lot of development for these characters, especially Jessica. Her story revolves around not only her past, but what it means to be a hero, to be one of the good guys, and whether she can even be considered one. It deals with the notion of family (biological and not), facing your past to better face your future, and owning what you are. This season is more personal and less of a superhero show than even the first season was. The vast majority of the “action” feels less about throwing punches and more about escalating the emotional stakes for the characters. It is a bit messy and uneven, though. 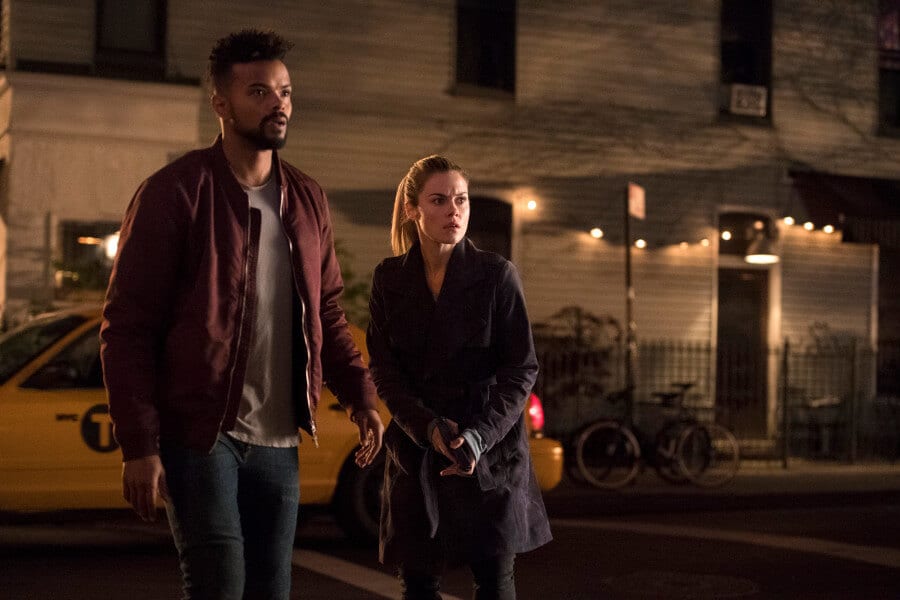 Once again, the cinematography and lighting of this show are fantastic. There a lot of frameable images this season. This, paired with the fantastic and moody musical score, makes for a great style that complements the dark subject matter nicely.

That notion about heroism is really interesting when put into the context of both halves of the season. Without spoilers, there is a scene between Jessica and a kid where the kid idealizes her, asking her about her powers and such. It’s a really good, smile-inducing scene that ends dramatically and really sets the stage for how normal humans view powered individuals in this more ground-level part of the MCU. Contrast that with a later scene of Jessica and her mother saving a family from an explosion and how, despite her insisting she isn’t a hero, she dives into action to save lives. It ties directly in with Jessica’s lone wolf attitude and how segmented she keeps herself from everyone. She can’t be a hero because she seems determined, however unsuccessfully, to not give a shit. I think this season positioned her the best to become the hero that is very clearly in her, buried under whiskey and meaningless sex. This also blends in with Trish’s arc for the season, wanting to become a hero like Jessica. It puts Jessica and herself in danger, and is equal parts selfish and understandable. She spends her whole life unable to really do something to save people, or herself. Jessica inspires her, and perhaps makes her jealous, with her powers. Some people are really going to hate Trish’s story, but I dug it. While its partially selfish, she also wants to use it to help people, including Jessica. The way that story is left between Trish and Jessica really sets up an interesting third season. 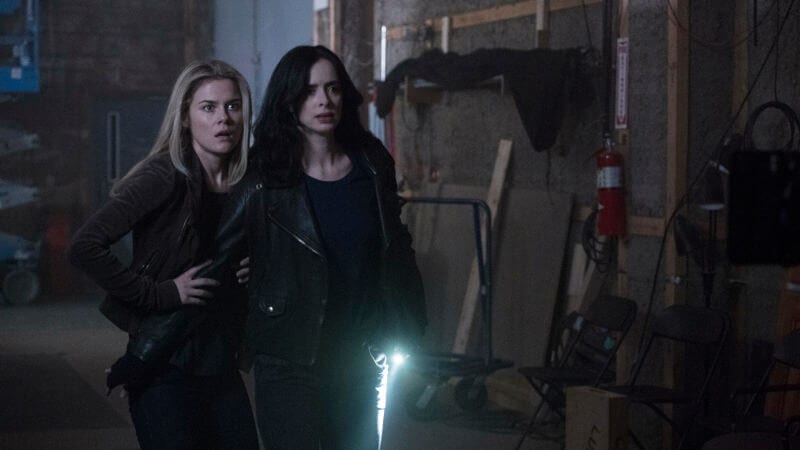 When dealing with her past, which makes up the bulk of the back half of the season, the notion of family is really brought to life, whether it be between Jessica and Trish, or Trish and her controlling mother, or Jessica coming to terms with her childhood accident and the state of her mother. There’s a lot of meat to that storyline and those themes, as they come into play in the final stretch of the season in both negative and positive ways. With Trish shooting Jessica’s mother on the Ferris wheel. This saves Jessica, from jail and from death, but also breaks Jessica’s families: with her mother and with Trish. The way the season ends, however, leaves a glimmer of hope. Jessica loses two families, one for a second time, but possibly has a silver lining with Oscar and his son. You can see her picking up the pieces when she decides to eat with them, trying to be better and be all she can be.

Motherhood is a very important part of the season as well, when contrasting Dorothy and Alisa as characters. They’re both fucked up in their own way, one psychologically and one in a controlling manner. They both love their children; they both want their kids to be okay but go about it in different ways. Alisa is very protective of Jessica, like a mama bear protecting her cub. She’ll lash out violently to protect Jessica, although she’ll treat it as her only option. This frequently puts them at odds, as Jessica is a restrained version of Alisa. In Alisa’s lucid moments, she’s very motherly. She’s calm, loving, and its clear that she truly does care about Jessica. Its when things begin to go awry that that image of her begins to become uglier.

With Dorothy, its all about her controlling Trish’s future. She’s doing what she probably thinks is best for Trish, but what she really does is alienate her and put Trish in compromising positions. The flashback episode does a good job of showcasing this by Dorothy seemingly uncaring about Trish’s drug problem. She doesn’t think about what she’s doing to her body, just what will keep Trish making money. But when push comes to shove, she does actually care about Trish to some degree; she just can’t seem to aim the blame at the right person or persons. Even through her daughter being in the hospital, most of what Dorothy focuses on is how she can position Trish for more success. 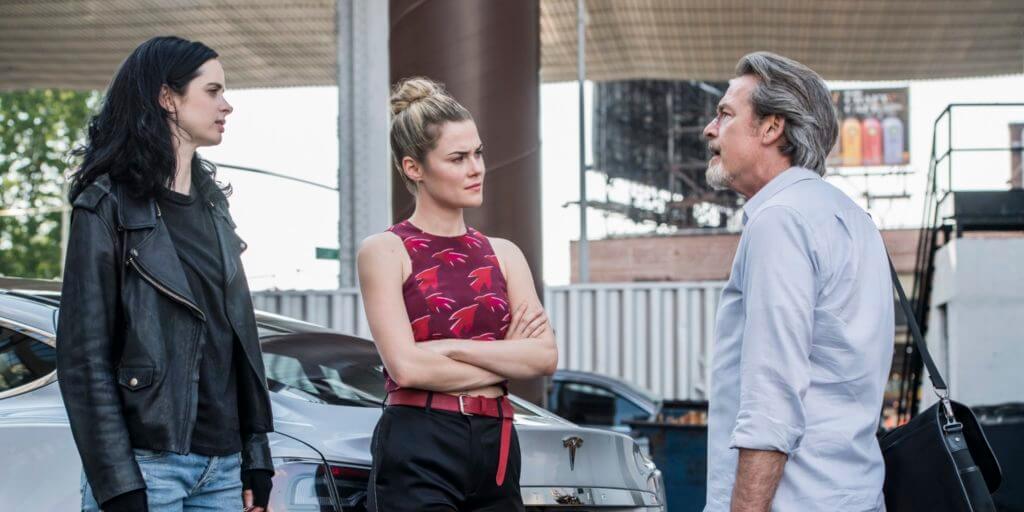 Jessica spends a good chunk of the season at odds with herself and what she’s capable of. After killing Kilgrave in the first season, she’s scared of how far she’ll go, if she’s a killer or not, or if she’s like her mother. It’s a really well handled arc, and the way it concludes is satisfying. When she accepts that she has killed, but isn’t a killer and rids herself of Kilgrave (for now), it’s very effective.

As for what I didn’t like, the season is definitely slow to start. Not a slow burn like Punisher or even this show’s first season; its actually just slow at the beginning. I’ll also say that there are some really messy aspects of the season. I love a lot of what they did with Alisa’s character, but the way they handled the villain aspect is rough. In fact, there isn’t a real villain, because both of the “villains” aren’t really villains in the strictest sense. One is a guy trying to keep someone sane and the other is mentally broken from the amount of trauma she went through and has breaks with reality. And they go back and forth on Alisa as a character; she does horrible things, but they also treat her as a good guy sometimes too. The cops feel like villains, but then they don’t as well. It seems more like the villain is Jessica’s problems, emotionally and psychologically; her dealing with the trauma she went through and the way she copes with it. It’s an aspect of the story that I’m at odds with, as it doesn’t fully come together. Also, a minor nitpick, but when Jessica says “With great power, comes great responsibility”, that kind of bothered me. It felt really out of place. 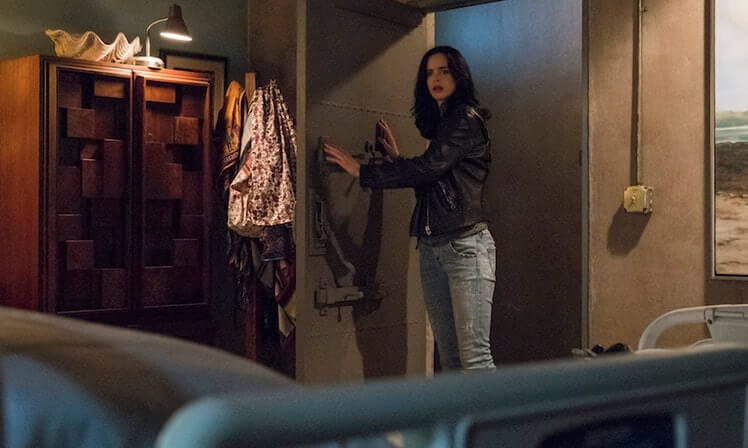 Overall, however, I really liked Jessica Jones Season 2. It’s thematically rich, darkly humorous, and emotionally brutal at times. It has a lot to say, it just doesn’t always do a good job melding its story, which results in this season perhaps being a little too ambitious for its own good. Not as good as its first season, but still a great entry in the MCU canon.

What did you think of Jessica Jones Season Two? Let me know in the comments below! Stay nerdy everyone!

Jessica Jones is an intense, emotional and gritty ride, even if it's too ambitious and messy for its own good.

I had to stop reading after the *Spoilers* tag, I want to go into this season with fresh eyes. Thank you for your review, I still have to finish Season 1, but the start of this review makes me excited to finish it. (If only to watch Season 2, lol)