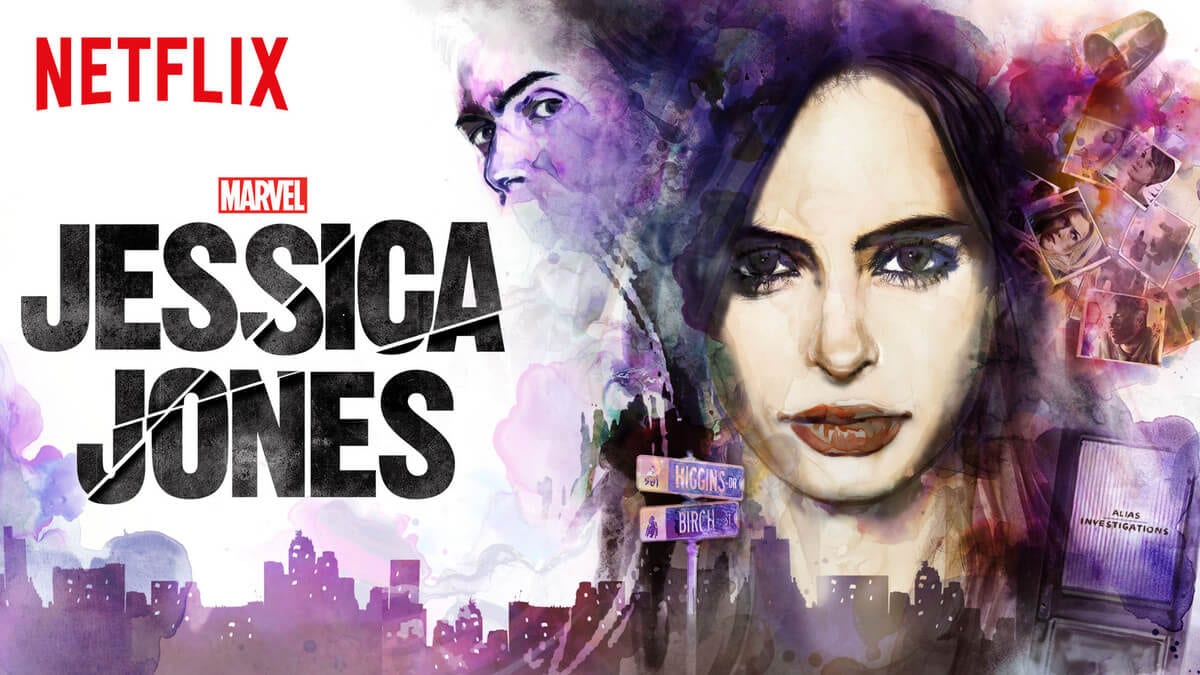 Jessica Jones, the second of Marvel’s Netflix series to explore the darker street-level corridors of the MCU, is a surprisingly adult-themed endeavor, using the gritty world established in Daredevil as a springboard to tell a story of victimization and how different people survive it in different ways. The first half is a very strong psychological drama with characters who, despite their superpowers, feel like the people you run into every day on your morning commute. Unfortunately, the second half suffers from jarring tangents that seem to act mostly as filler and a lazy, disappointing turn for one of the major characters.

Jessica herself – played perfectly by Krysten Ritter – is arresting right from the start. She’s the sort of archetypal private eye who puts the hard in hard-boiled; she curses up a storm, drinks straight liquor from a bottle she keeps in her desk drawer, out-muscles anyone who tries to threaten her and narrates with a cynical acceptance of the cruel realities she deals with every day. Her powers are all but peripheral to her character, and that’s a large part of what makes her so interesting; she’ll pick up a car to stop it from speeding away or throw an attacker through her door (the constant demolishing of which is a good running gag), but she doesn’t have much to say about what she can do – nor does the show.

She’s also interesting because, underneath the rock hard exterior, Jessica wants to help people. She tries to push people away as much as she can, but when she’s faced with a true victim, she’ll fight for them. This stems from her own experience; Jessica was herself a victim, put under the spell of a vile sociopath with mind control powers. When her tormentor returns, Jessica is in a unique position to empathize with his new rash of slaves because she’s been there. And, in classic hero fashion, it’s through saving others that Jessica may end up saving herself from her own despair. 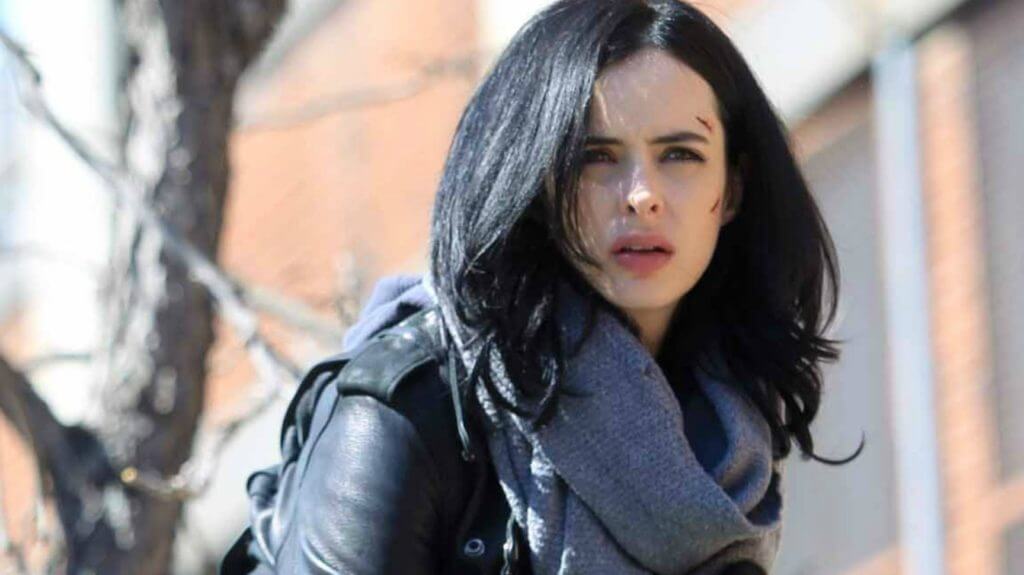 This is all, as has been widely expounded, a treatise on rape survivors and their struggles to get on with their lives after suffering a trauma. The show makes no bones about what Kilgrave, the villain, forces the women in his thrall to do, and a lot of time is spent on catching up with his victims. There’s even a support group for people who’ve been his puppets. Jessica thinks this is silly, though; she gets by on her own, but Kilgrave’s reappearance makes it clear how scared she still is. Fighting him is her only recourse, confronting her attacker and making sure he can’t hurt anyone again. It’s a weighty theme for what is ostensibly a superhero show, and it’s handled very well.

The main reason for this is strong character work. Jessica is surrounded by an assortment of people who are either victims or victimizers, and oftentimes go from one to the other, reflecting the cycle of abuse that makes these horrors even more tragic. Her best friend Trish takes every step she can to avoid being helpless; her biggest client Jeri is putting her wife through hell as she cheats on her with – and eventually leaves her for – her younger, more attractive assistant; her kinda-sorta boyfriend Luke Cage has superpowers like Jessica does, but is himself a victim of Kilgrave’s evil by proxy, an example of how people like Kilgrave also hurt the family and friends of their prey; Will Simpson is a good man forced to do evil things by a man he would otherwise be putting in jail and consumed by guilt because of it. They all give new wrinkles to the main theme, and each one is given the time to be fully explored.

Kilgrave is, appropriately, the most uncomfortable character of all due to how fascinating he is. He’s an absolute monster, easily the most evil villain in the MCU pantheon to date, and yet you can’t help wanting more of him because, through his unabashed wickedness, he’s a compelling presence. David Tennant brings such a charm to Kilgrave that if you didn’t know about the horrible things he does you would want to hang out with him. This is another harsh reality: evil doesn’t typically come with horns and a pointy tail, but a winning smile and charming personality. Kilgrave is the kind of guy who, in real life, would probably have dozens of people defending him against rape accusations by talking about what a great guy he is, and they would all be sincere, blind to the monster lurking beneath the grin. Trickster gods and mad Titans are great fun, but Kilgrave is scary. 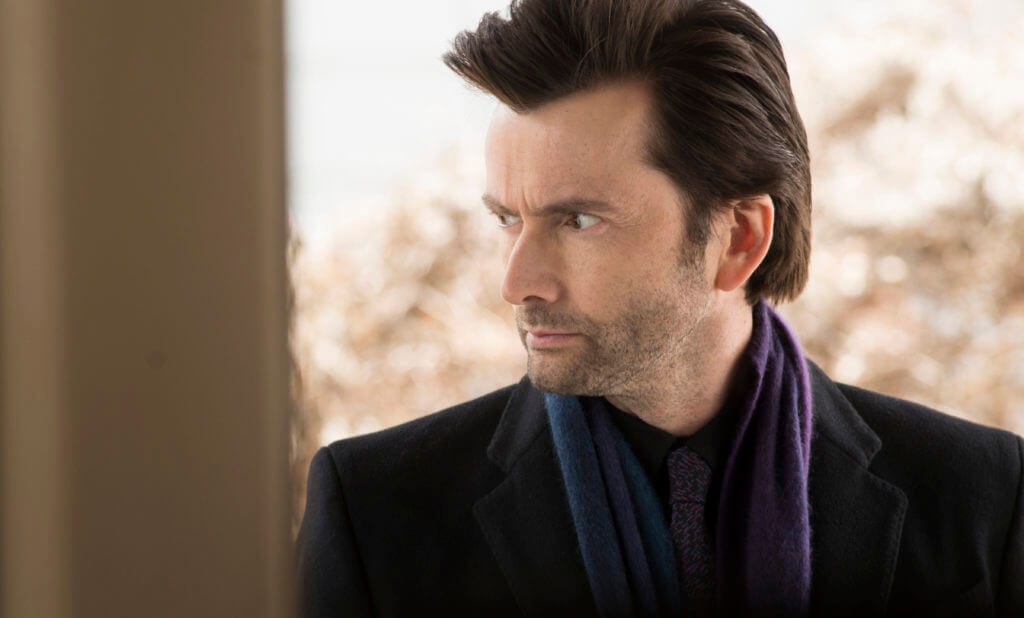 Given how terrific all these elements are, it’s a real shame that Jessica Jones loses some steam in its latter half. A subplot is introduced that is clearly trying to set up season two, and the attempts to fit it into the main narrative are sloppy and unsuccessful. One character, whose arc was compelling up to this point, suddenly abandons all the interesting psychological motivations for his actions in favor of simply being on pills; worse, this has a severe impact on the Kilgrave plot, so its ineptness is even more pronounced. This also seems like a cheap attempt to get the writers out of a corner into which they’d painted themselves, but with a bit more work they could’ve achieved the same outcome in a much more organic way. Then there’s a last-minute effort in the final episode to tie Jessica Jones in to the larger universe that falls flat; it’s forced, it goes on way too long and it brings the entire story to a screeching halt. There’s more good than bad by a wide margin, but these failings are particularly grating because the show has proven it’s above them.

Jessica Jones is a smart, tough thriller, a fascinating look at victimization and an entertaining superhero drama. A couple of missteps keep it from being as great as it could’ve been, but it’s still excellent television.

I hope I can find the time to finish Jessica Jones S1, I got about halfway through before I just kinda lost interest in it. Personally, I found the addition of Luke Cage felt forced. Oh, Jessica just so happens to meet a charming bartender that turns out to ALSO have superpowers and whose wife she killed under Killgrave’s thrall and they quickly hop into bed together after a minute of sassy back-and-forth.