"Bill has never lied to me about the things he's done; he tells me everything. That's how we survive." 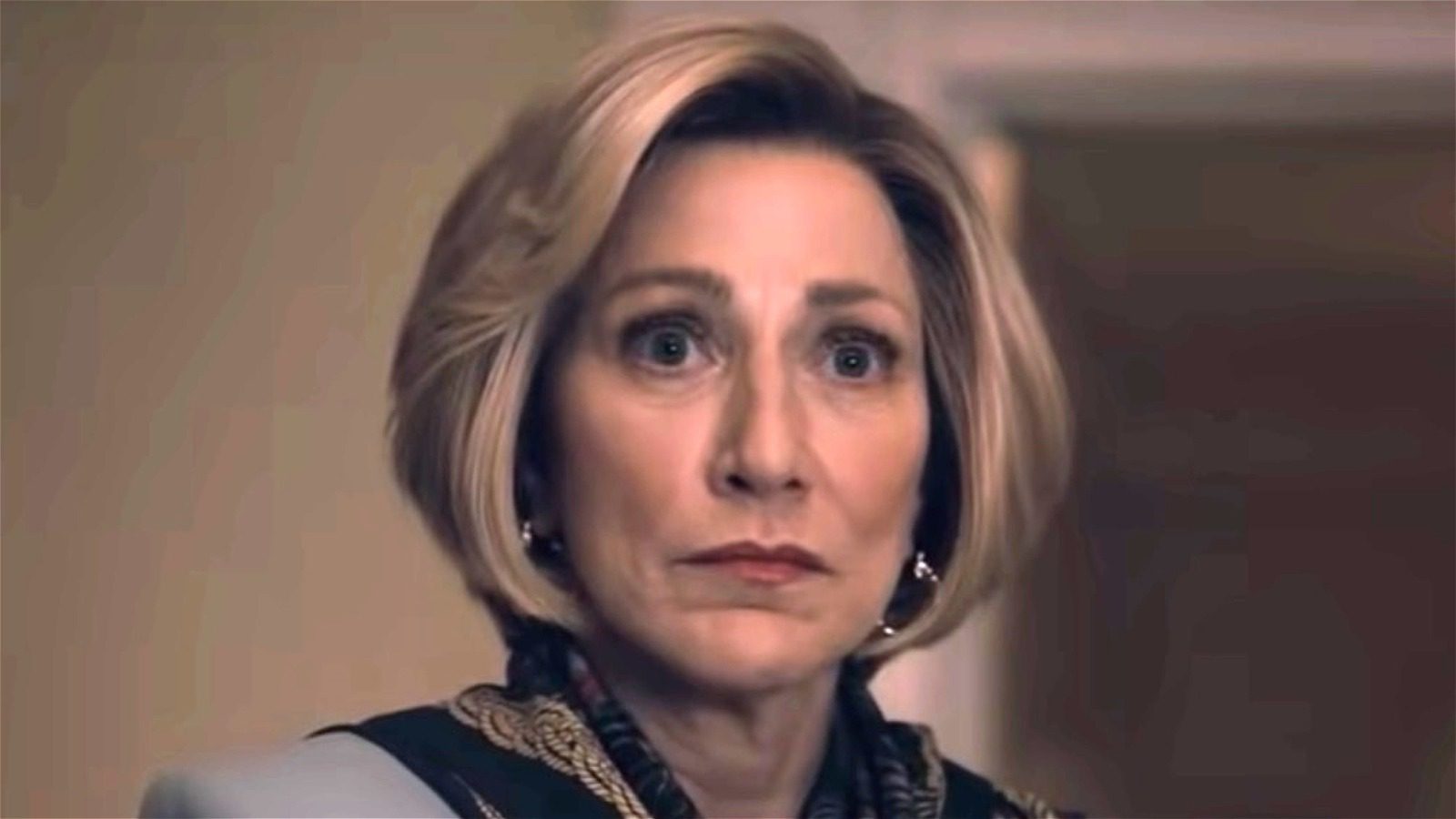 “Stand By Your Man” follows Hillary Clinton as Bill and his advisors ambush her with plans of a joint TV interview. The interview is a huge success in boosting Bill’s approval after news breaks of his affair with Gennifer Flowers. However, it hurts Hillary’s image as the public calls her unfeeling and calculating. In January 1997, Monica receives a warning that both Clintons are after her. In an interview, Hillary calls Ken Starr’s investigation a right-wing conspiracy. Monica’s lawyer still hasn’t secured immunity for her but promises she won’t be arrested. Meanwhile, Mike and Jackie push Starr to make a deal with Monica, but he refuses to deal with her lawyer. She’s brought in for fingerprints and handwriting samples. Her father fires her lawyer and seeks new representation, which prompts Starr to play ball. In exchange for immunity, Monica describes the affair from start to finish and must supply the blue dress. Bill Clinton’s lawyer informs him of Monica’s deal and his inevitable testimony. Brett Kavanaugh pushes the Ken Starr team to prepare tougher questions for Clinton. Bill Clinton tells his lawyers that he didn’t have “sexual relations” with Monica going by the legal definition. He asks one of his advisors to tell Hillary about the affair. However, in the morning, he tells her the truth himself. At Clinton’s meeting with Ken Starr, he reads a statement denying having sexual intercourse with Monica but conceding guilt to inappropriate behavior. The statement also denies any further specifics. Clinton ultimately runs out the clock by talking through definitions rather than answering questions. The President gives a statement on television expressing regret but asking for privacy.

“Stand By Your Man” belongs to Edie Falco’s Hillary Clinton, who was previously resigned to the background. American Crime Story has surprised me time and again, and now they’ve gotten me to feel sorry for Hillary Clinton. Are these screenwriters secretly magicians? Falco is electrifying and commands every scene in ‘’Stand By Your Man,” her presence permeating scenes in which she doesn’t even appear. Hillary’s frustration is palpable as she is reviled for defending her husband while he’s forgiven even though he’s the one who did wrong. The Tammy Wynette controversy is ridiculous. I find it so bizarre for a singer to demand an apology for a reference to what her song is about. I have to admit I was taken aback by Hillary’s reaction to Bill’s ultimate admission. I expected her to be worried about his career and their joint reputation but not personally hurt. For some reason, I’ve always felt as though celebrities – and politicians in particular – get married for clout. I never thought the Clintons shared an emotional connection or put much thought into it at all. At least in the show, Hillary goes to pieces after Bill finally tells the truth. Her reaction is more than justified; he had no reason to lie to her. He’s had ample opportunity to come clean, and she told him outright that things would work out better if she knew up front. She seems upset about the lies rather than what actually happened. This also fits with her telling his advisors that she’s always known about his past. I find this puzzling, although it lands closer to what I expected before seeing the series. Not only does Hillary know about Bill’s womanizing, but she helps cover it up. I feel really bad for Hillary until I think about that and how she talks about silencing Bill’s accusers by “destroying (their) credibility.” Then there’s the phone call Monica receives, warning her that Hillary has it out for her. Just like the real person, Falco’s portrayal of Hillary provokes a complex flurry of conflicting emotions. I particularly like the scene where Hillary picks up Bill’s empty mug. It’s a mundane enough action, but the way she looks in it to see a bare bottom feels meaningful, like he consistently takes and leaves nothing for her.  Also, I must be terrible at determining ages because I thought she was too old to play 90’s Hillary, and it turns out Falco is only a few years older than she was. 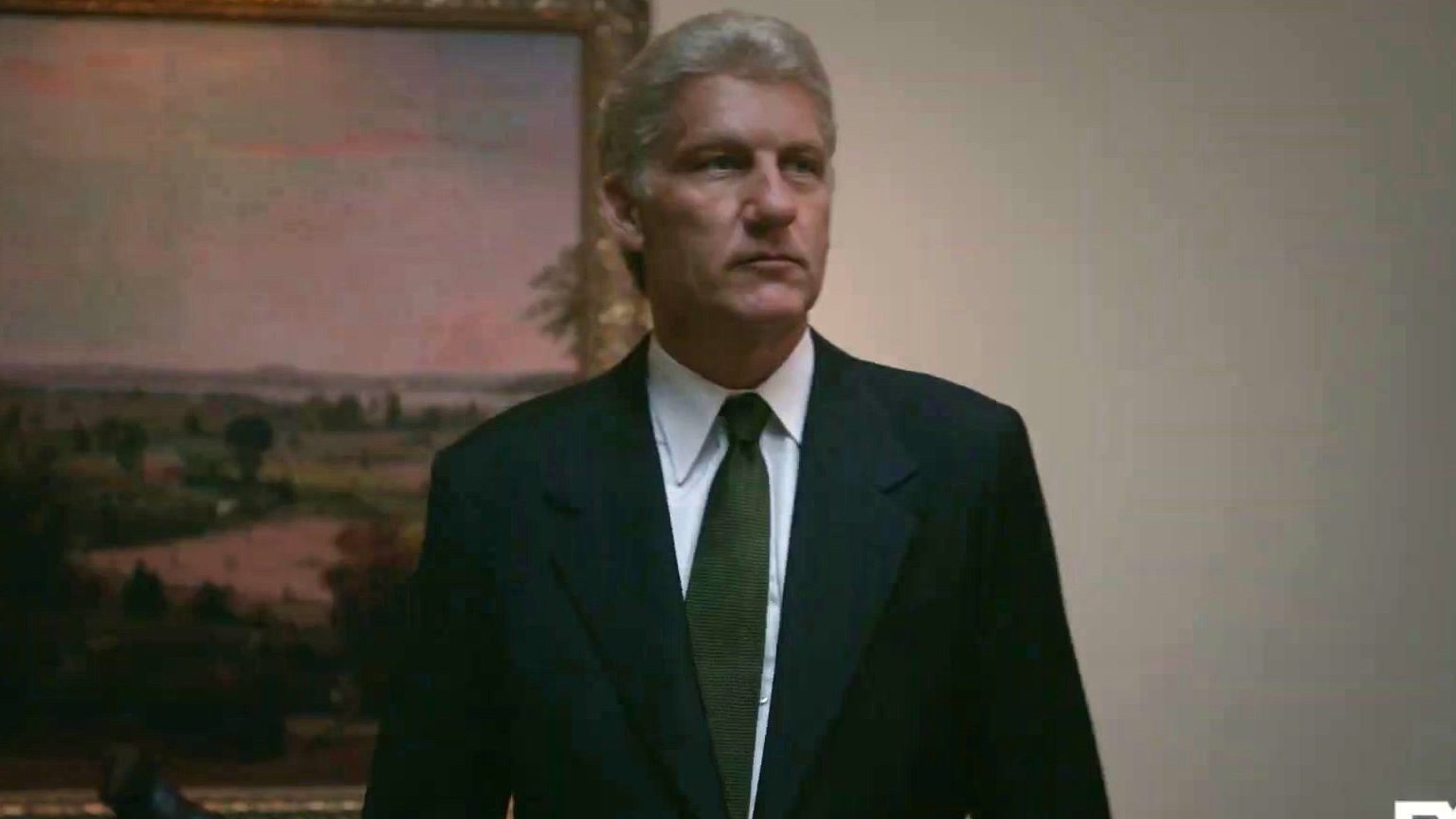 Bill’s scramble to maintain a sense of normalcy with Hillary is delusional. I really like the scene where she tells him that their marriage is now merely an arrangement, sending him to the guest house. She feels imprisoned without the choice of leaving, thanks to their ostentatious lifestyle and public role.  Clive Owen has been a revelation as President Clinton this season, but “Stand By Your Man” features some of his best work yet for this series. I don’t feel bad for Bill at all, but it’s hard not to feel something when he begs Hillary to stay. The silent scene at the pool says so much without employing a single word. For the first time, he’s beginning to grasp the full scope of what he’s done. Even Chelsea seems to take her mother’s side, locking arms with her once they reach their retreat and scoffing at Bill as she ascends the staircase. Moments of obliviousness peek through President Clinton’s slowly developing self-awareness, such as his attempts to have a normal evening with Hillary, Vernon, and his wife. He tells an anecdote about running into Hillary’s ex-boyfriend in her hometown, encouraging her to finish the story with what she said at the time. This goes over like a lead balloon, making the dinner more tense and awkward than before. The scene where Vernon encourages Bill by saying, “These things happen,” floored me. After all this, these men treat what Bill did as something that just happens sometimes. I guess this shouldn’t come as a surprise, given how Vernon treated Monica at their meeting. To top off Bill’s cruddy day, his operation to get Bin Laden was a misfire. This show consistently frames its events in such a dramatically satisfying way. 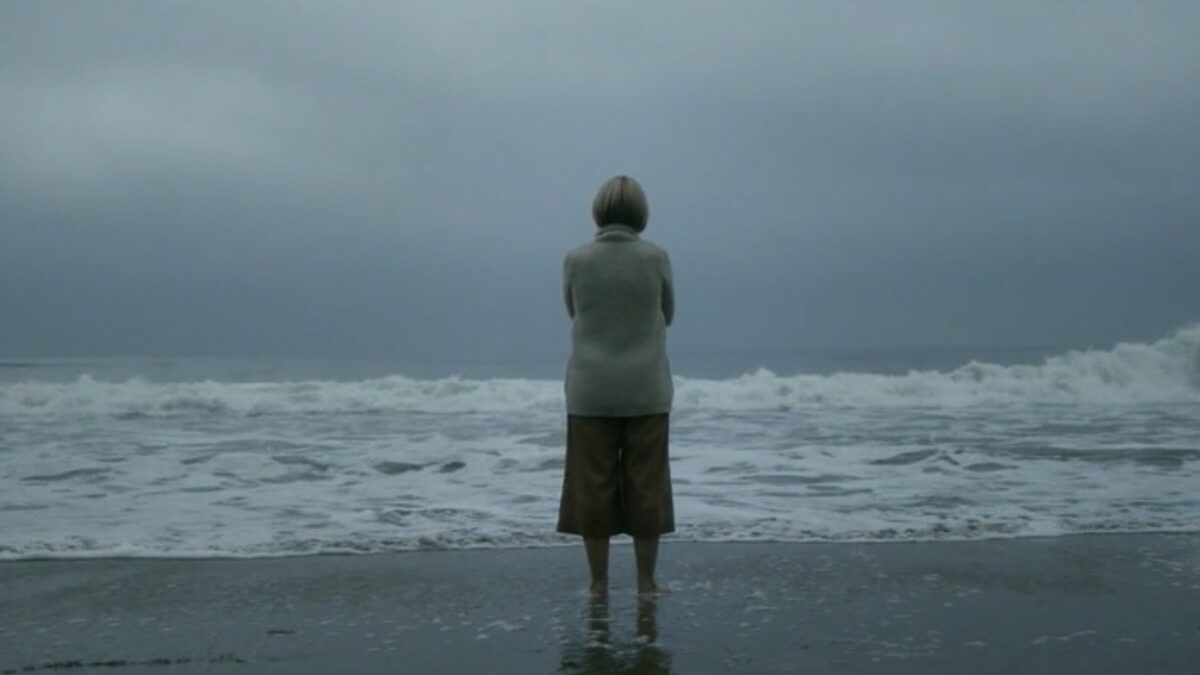 Despite its lack of my favorite character to hate, Linda Tripp, “Stand By Your Man” is a modern feat in television writing and acting. It’s not often where I can remember more than one line from an episode of TV, but “Stand By Your Man” features multiple deliveries from several characters that struck me. In particular, I like the scene where Hillary tells Bill that before now, she thought it was the two of them against the world. But now he’s made her look stupid and set their life on fire. I can’t wait for the season’s conclusion.

Despite its lack of my favorite character to hate, Linda Tripp, "Stand By Your Man" is a modern feat in television writing and acting. It's not often where I can remember more than one line from an episode of TV, but "Stand By Your Man" features multiple deliveries from several characters that struck me.