"Your world is soft, Anne." "Yeah, the animals don't even try to disembowel you!" 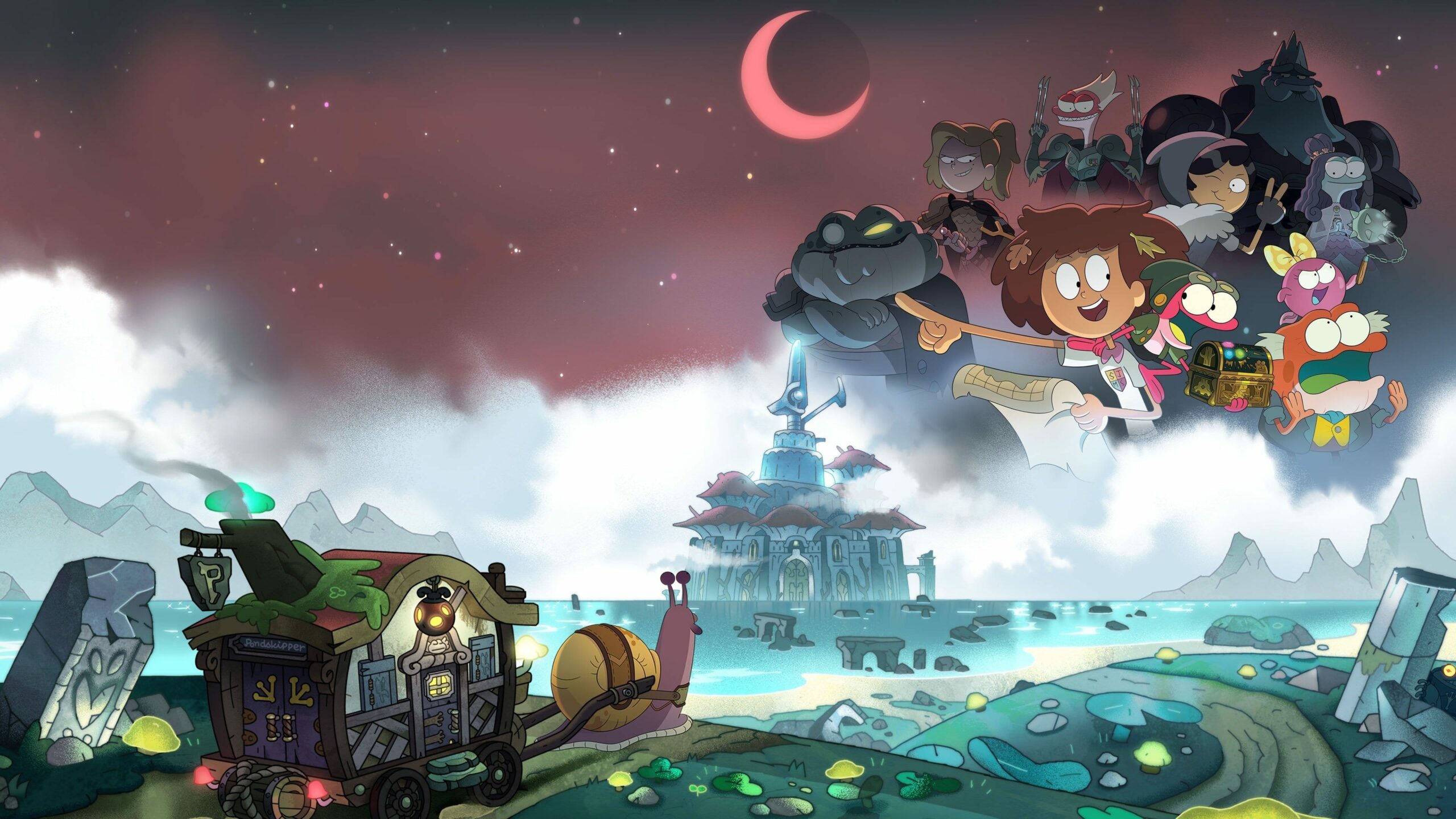 In “Hop ‘Til You Drop,” Anne focuses on helping the Plantars acclimate to living on Earth. Rather than introducing human life to them in baby steps, she decides to challenge them with the ruthless occupants of the local mall. To teach Polly anger management, Anne sends her to Build-A-Bear spoof Construct-A-Carnivore. There, she’ll have to carefully build a plush while patiently contending with wild toddlers. The naturally inquisitive Sprig is challenged to walk through the mall without touching any of the art installations. Finally, gullible Hop Pop must resist the scams offered by various kiosks. Naturally, none of these exercises go well, as the frog family is too tempted by the wonders of capitalism and raging babies. Meanwhile, Anne is pulled from her watchful post by a friend from school eager to share the last 5 months of gossip. Disaster ensues as the Plantars get into increasingly dire situations. The group ultimately has to trick and sneak their way out of the mall, and Anne promises to be more patient while the Plantars admit they have a lot to learn. 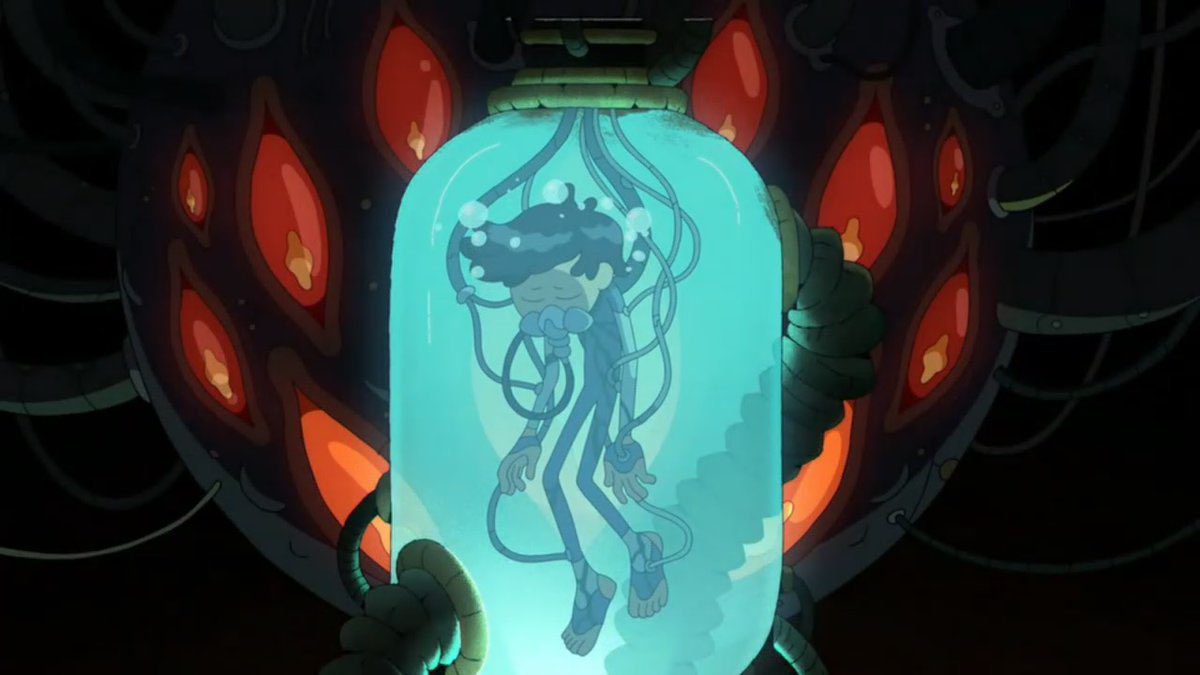 “Turning Point” picks up where season 2’s “True Colors” left off, showing the fate of Sasha and Grime after Marcy’s stabbing and Anne’s return to Earth. After a slapdash escape from King Andrias’ palace, the rugged antiheroes head for Wartwood as Andrias plans to tie up his various loose ends. Once they arrive in the Plantar’s hometown, Grime lies through his teeth, claiming to be sent by Anne to protect the village. The townsfolk take the deadly duo at their word, allowing them to stay in the Plantar’s house. Grime happily obliges, but the guilt-ridden Sasha sleeps on the barn floor, where she meets Bessie and MicroAngelo. In the morning, Sasha avoids mingling with the Wartwoodians (Wartwooders? Wartwods?). Grime receives a letter from Beatrix informing him of a location where she and other uncaptured toads have weapons and other supplies. Naturally, he’s eager to go, but Sasha genuinely wants to help the villagers. When Sasha is spotted by one of the King’s spies, she decides to fight rather than flee. The Wartwood citizens prove capable fighters against the ensuing robot army, while Sasha and Grimes destroy the master bot.

There isn’t too much to say about “Hop ‘Til You Drop,” but I liked it for what it was. The stakes are relatively high, but it’s still fun from start to finish. I really like the dialogue and character interactions too. Hop Pop’s eagerness to take strangers at their word, while unsafe and unwise, is endearing. He’s an old frog from a rural town where everyone knows everybody else, so it makes sense that he would fall for various scams and sales tactics. I’m also ashamed to say I found this rather relatable; I used to be afraid of being rude to people working kiosks in the mall. I got swindled more than once because I couldn’t ignore people or tell them no. Polly brawling with the human babies in the stuffed animal shop was funny. I think Sprig had the least interesting misadventure overall since nobody was challenging him. He just had to keep his hands off the goodies, and it was too much for him. I guess it’s fitting that he’s his own worst enemy and the thing keeping him from success, but watching it play out isn’t much fun. I actually would have liked to see and hear more of Anne’s conversation with her excitable friend. I know this isn’t where the “action” is, but it seems like the most interesting and story-relevant conflict occurring. Given what follows in “Turning Point” and “Hop ‘Til You Drop’s” overall fast pace and exuberant tone, I’m happy enough with the latter. 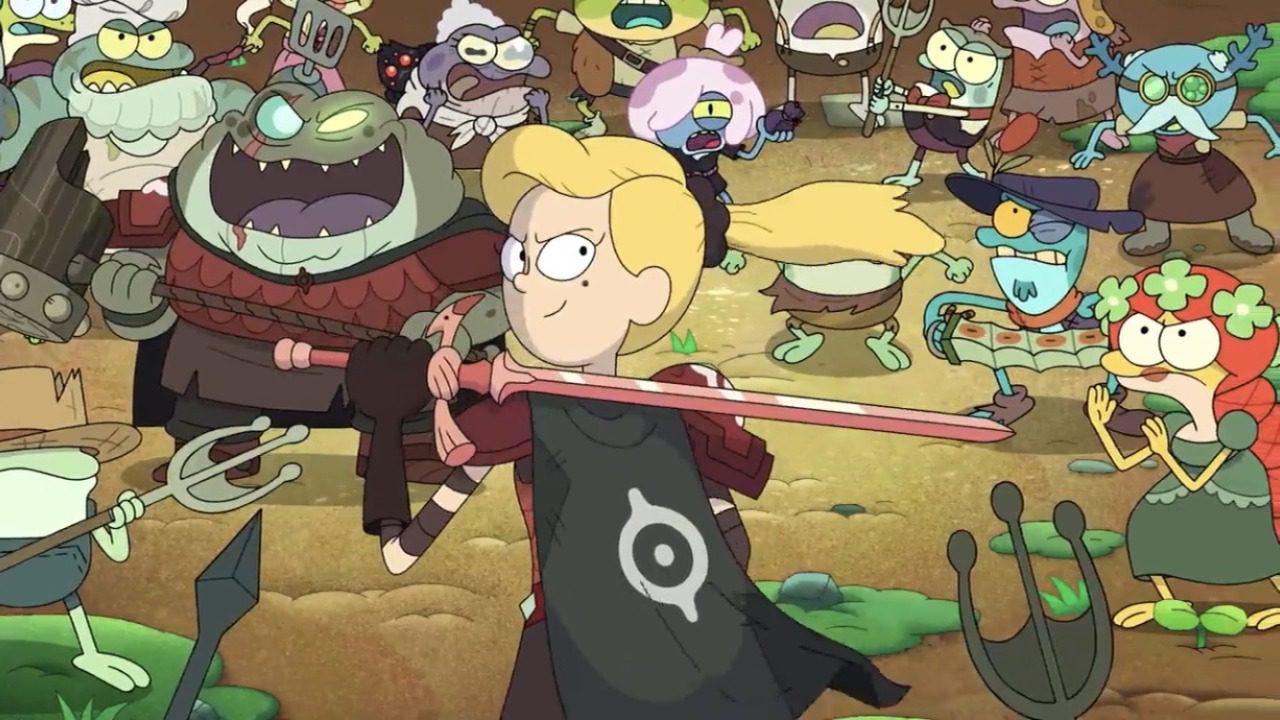 However, “Turning Point” is the undisputed better half of this episode and packs an emotional punch in its 11 breezy minutes. This title is a little on-the-nose since it represents a shift in Sasha’s attitude and the fate of Amphibia itself. Once she and Grime are away from Andrias, Sasha is overtaken by negative thinking that once would have seemed more characteristic of Anne. Sasha has always been confident, assertive, and pretty arrogant, at least outwardly. “True Colors'” events appear to have finally knocked some sense into the stubborn girl, forcing her to reflect on her controlling behavior. I think Sasha’s worst actions (that we yet know of) have to involve her treatment of the Plantars. She acted like their lives didn’t matter from the moment she met them, and by that point, they had become Anne’s second family. This is only addressed indirectly in “Turning Point,” specifically in the respect and regret Sasha shows the folks in Wartwood. This portion of the episode mainly focuses on Sasha’s controlling tendencies and mistreatment of her friends, which is all great stuff. I look forward to a more meaty apology to the Plantars and Anne both for bossing her around and putting her family in harm’s way. 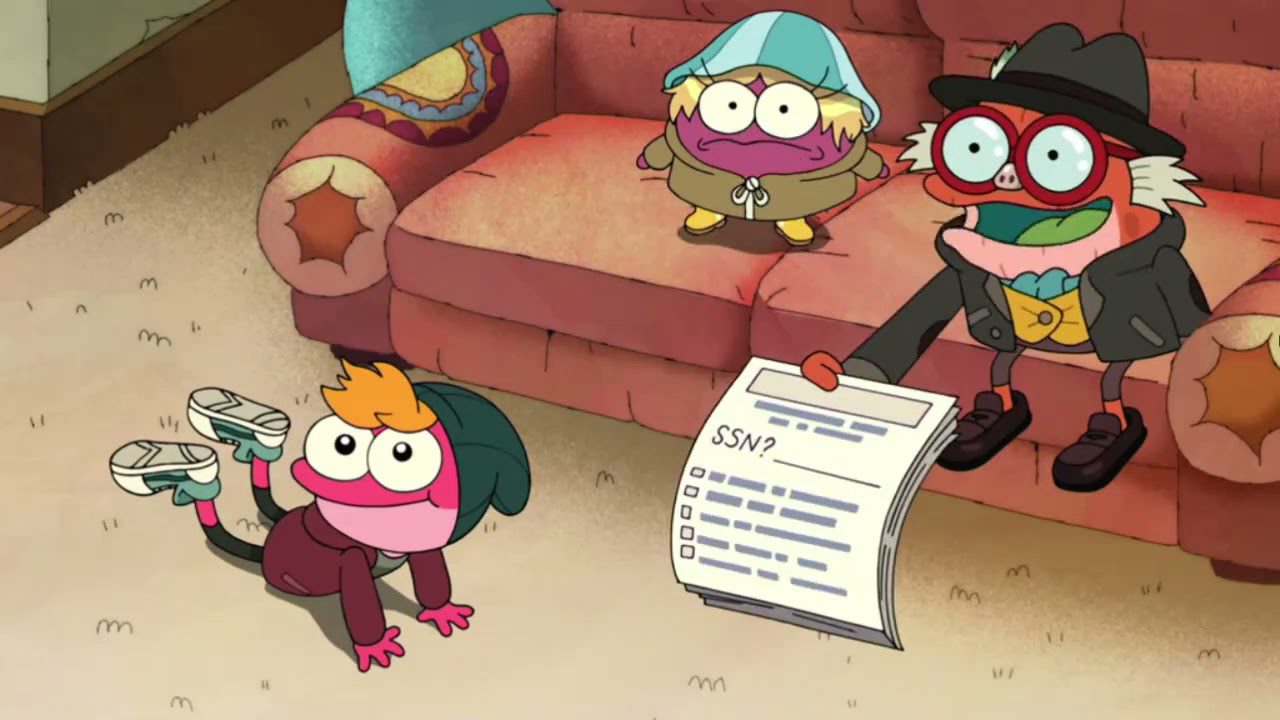 Overall, “Hop ‘Til You Drop/Turning Point” is a good episode. It surprisingly keeps up the drama and emotion from “The New Normal,” this time with Sasha’s story. While Sasha has always cared about Anne and Marcy, this is the first time I recall her showing true remorse and introspection into her own actions. Grime’s devotion to his friend and lieutenant also sends some nuance to a character who has rarely seemed more than a diabolical villain. The reveal in “True Colors” that Andrias is the show’s big bad shed some light on the comparatively insignificant squabbles among Anne and her frenemies. Sasha has done some genuinely terrible things, but in the face of this great evil lurking in the heart of Amphibia, maybe Anne should have considered giving her friend another chance. While the aptly-named “Turning Point” is the episode’s definite highlight, I still enjoyed “Hop ‘Til You Drop.” In fact, it was probably a good and necessary idea to pair such a dark, character-driven story with a lighter one. “Hop ‘Til You Drop” has a good message and lots of fun character interactions. I eagerly await the rest of the season.