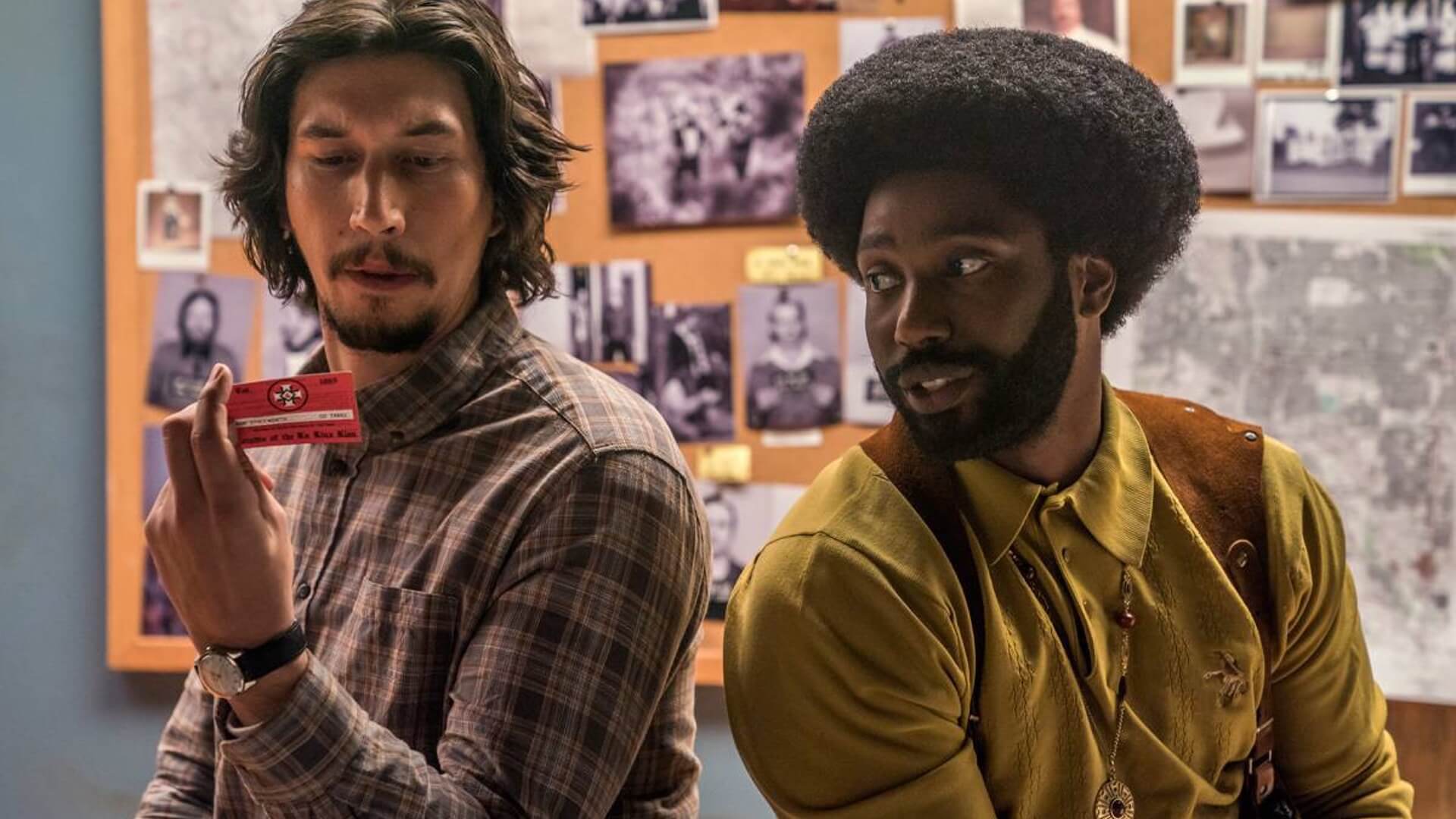 Satire is one of the most potent weapons in film. Using humor as a vehicle to deliver social commentary is oftentimes an effective way to convey a message. A recent example of this would be the brilliant 2017 film Get Out, where racism was put under a microscope and presented in a way that was at times hilarious, yet still brutally honest. BlacKkKlansman is another movie attempting to shed light on racism using satire. While I don’t believe it ever reaches the heights of Get Out, the message comes across loud and clear.

BlacKkKlansman is based on the true story of Ron Stallworth, a black police officer in the 1970s. After reading an ad in a newspaper about joining the Ku Klux Klan, he decides to call the number in an attempt to infiltrate the hate group and gather information on their plans. When he successfully gains their trust through a number of phone calls, he uses Jewish cop Flip Zimmerman to impersonate him in order to meet the Klan members.

For a movie like this to effectively get its message across, the actors have to be up to the task. Luckily, the acting in BlacKkKlansman is fantastic all around, with the standouts being John David Washington as Ron Stallworth, Adam Driver as Flip Zimmerman and Topher Grace as David Duke. The chemistry between Washington and Driver is easily the most enjoyable aspect of this film. They play off of each other so well, with Washington having more of a sense of humor, while Driver has this very serious demeanor. It lends itself to some downright hilarious scenes between the two that had me grinning ear to ear. These simple scenes also act as a buffer to give the audience a break between the more intense moments. 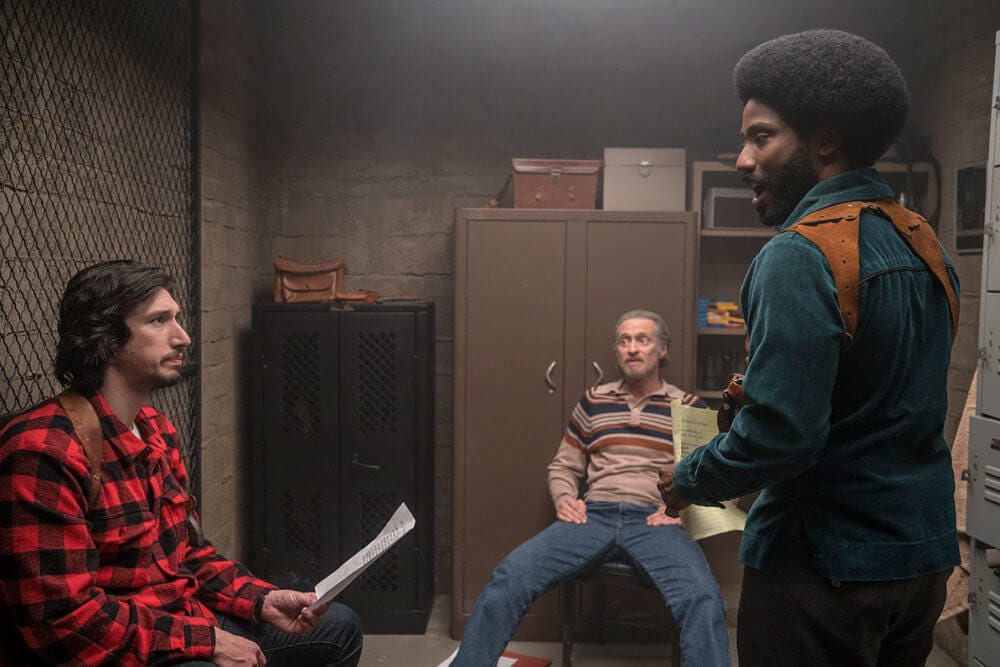 Topher Grace as David Duke might look like an odd casting choice on paper, but it becomes clear very quickly that this is not the case. It speaks to the perception that director Spike Lee has of David Duke and the Ku Klux Klan as a whole. Duke is supposed to be the leader of this extremely hateful group of people, so casting someone like Topher Grace – who has nothing intimidating about him – strips that power away from the character. Topher revels in this role too by playing the most over the top version of David Duke you could possibly imagine.

This is something that Spike Lee does brilliantly. Scenes involving the Klan members are at times played way over the top. The screenplay is great at showing that these racists are normal people like any of us, while still conveying how ridiculous their beliefs sound. The way the shots are composed and the masterful control of tone that Lee uses almost separates the Klan members from actual reality, giving you the idea that they’re living in this fantasy land where their philosophy is correct. No scene illustrates this better than one near the end of the film. In one house we have a black man telling a story of a young black man who was lynched, while in another place we see Klan members cheering loudly as they watch a racist movie. The cuts back and forth between the two brilliantly juxtapose the dark reality of which the man speaks, and the absurd reality in which the Ku Klux Klan live. 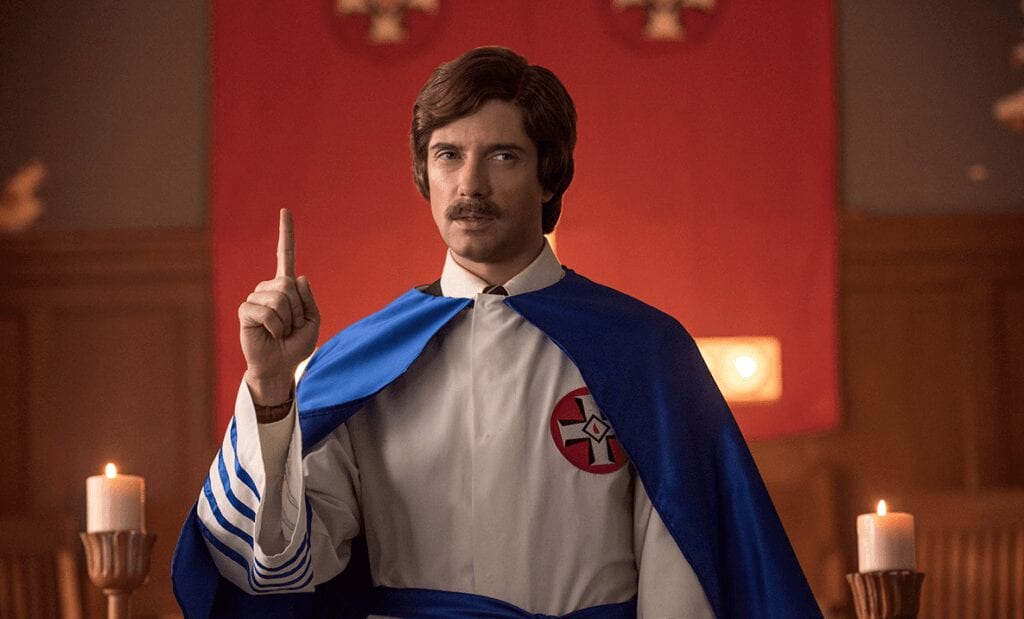 The constant exposure to this ridiculously racist environment takes a toll on our characters. While Ron Stallworth is the lead, most of the development goes to his partner Flip Zimmerman. At first, he seems like the serious cop you’ve seen in a million other movies, but he begins to open up as the film progresses. Being that he is a Jewish man, his people are also targets of the Ku Klux Klan. Having to confront that constant racism is something he’s never had to do in his life, and it’s fascinating watching the effect it has on him. He’s forced to acknowledge things about himself that he never knew, and that gives him a personal investment in the investigation.

This investigation takes a lot of crazy turns as well. Most of the tension in BlacKkKlansman stems from Flip possibly blowing his cover. One of the Klansman immediately becomes suspicious of Flip and continuously tests him to make sure he is who he says he is. Flip being great at thinking on his feet helps him get out of most situations, but there are times when things look completely hopeless for him. This feeling is magnified in the last 20 minutes of the film. The tension left me on the edge of my seat as I worried about the safety of these characters. All of the previous encounters perfectly build up to a moment that makes you believe anything could happen. When all is said and done, we’re quickly shown video clips of protests as a way to drive home the film’s message. It isn’t a necessary addition, but it does show us that the problems addressed in the movie are still very real in 2018. 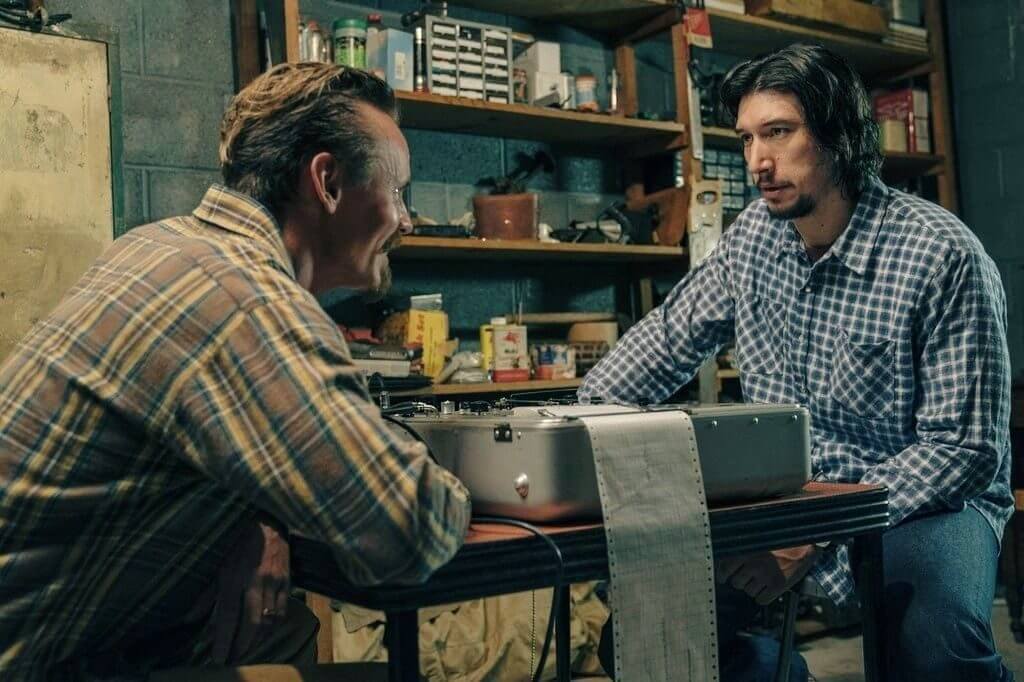 The ending scenes of the protests reveal one of the problems with BlacKkKlansman. While the message that Spike Lee is trying to convey comes across loud and clear, the film can be a bit heavy-handed in its delivery. There are times where it seems like it tries too hard to connect the events in the movie with current day issues. I really do appreciate when movies are able to draw parallels with current events, but some of these comparisons are made with no subtlety. There are very clear references to Donald Trump sprinkled into the movie that feel so unnecessary. The screenplay is strong enough that these jabs come across as immature and stand out for the wrong reasons.

My other issue is that I wish some of the side characters got a little more screen time. Most of the Klan members are portrayed more as caricatures rather than characters, but I think spending more time with them could’ve helped the audience understand them a bit better. There’s also Patrice, a woman that Ron meets at the beginning of the film while undercover at a civil rights rally. She gets some time on screen with Ron, but we never find out anything about her after her introduction.

Overall, BlacKkKlansman is a solid film with an effective message. The actors are all fantastic in their roles. Spike Lee had a clear vision for this film and was able to execute it with a unique sense of style. There’s some influence taken from the Blaxploitation films of the 70s; the musical score takes its cues from those movies as well. They even reference Cleopatra Jones, Shaft, Super Fly and Coffy to make it clear that these films were kept in mind when making BlacKkKlansman. All of these impressive elements combine to make a movie that is must watch, despite its minor flaws.

Spike Lee's direction helps create a dark, yet hilarious exploration of racism within the Ku Klux Klan. With amazing performances from the actors, BlacKkKlansman is able to get its message across loud and clear.